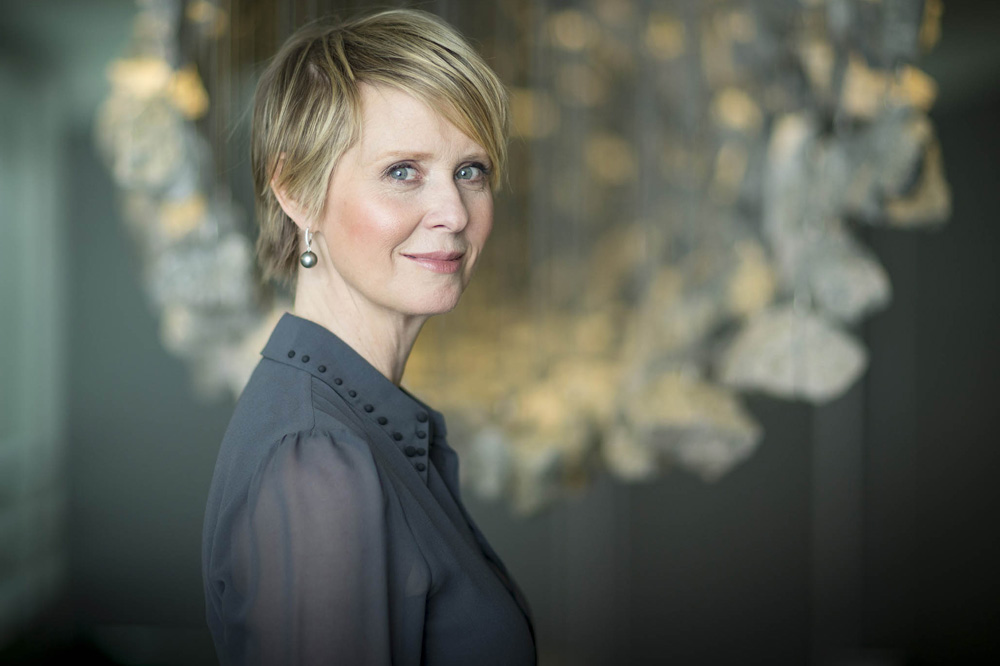 October marks the start of Breast Cancer Awareness Month (BCAM), an annual health campaign that started in 1985 by major breast cancer charities to raise awareness of the disease, raise funds for research and promote the importance of early detection. The main goal of BCAM is to emphasize that the mammography is the most effective tool in the fight against breast cancer.

To highlight the importance of BCAM, we bring you the stories of six celebrities who beat the disease. 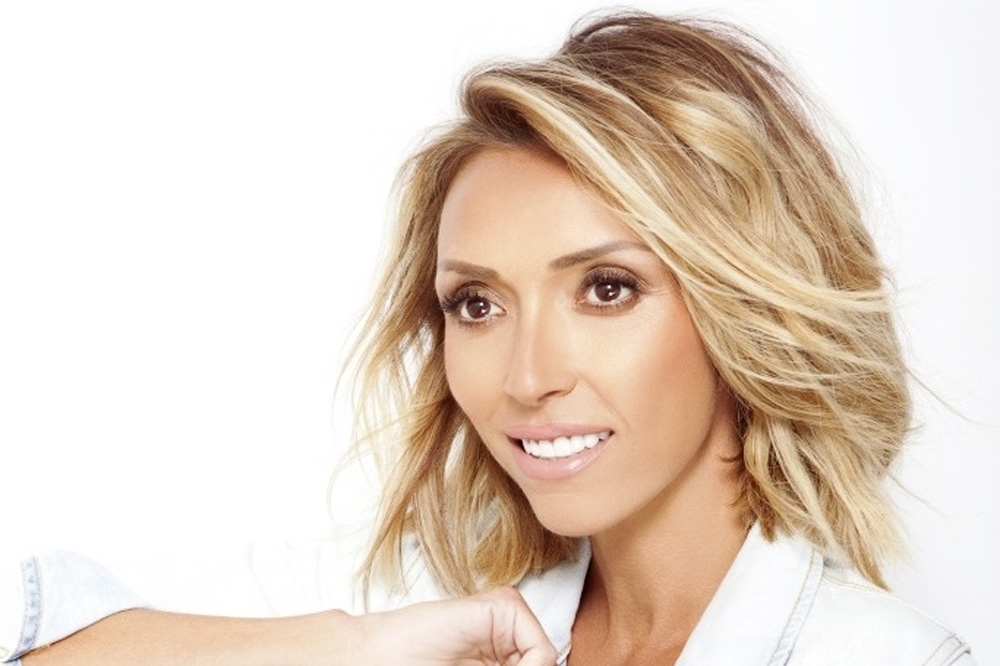 The 43-year-old star of the E! network found out she had breast cancer after her doctor told her to get a mammogram before undergoing a third round of IVF. At first, Ranic, who also stars in her own reality show, ‘Guiliana and Bill,’ with husband Bill Rancic, refused to take the test. She eventually agreed when her doctor said he would not proceed with the fertility treatment until she did the test. Fortunately for Rancic, the cancer was detected early in what she now calls a ‘divine intervention’. “Now I truly believe God was looking out for me. Had I gotten pregnant, a few years down the line I could have gotten sicker,” she said to the press. After undergoing a double mastectomy, Rancic also went through six weeks of radiation. Today, she is happily in remission and her dream of becoming a mother finally came true when she and her husband welcomed their son, Edward Duke, on August 29, 2012, with the help of a gestational carrier. 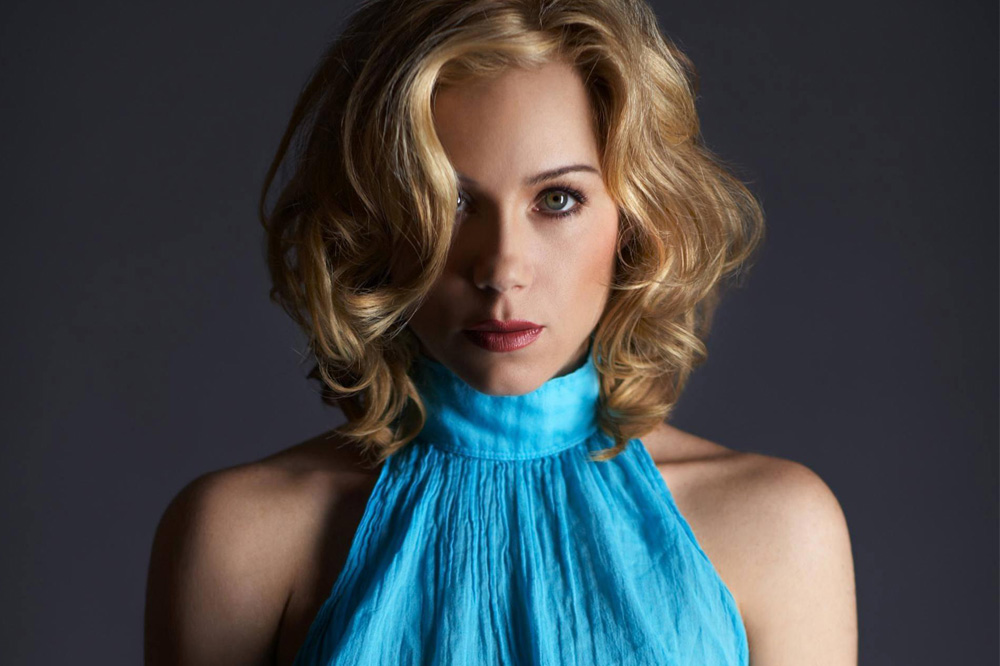 Perhaps best known for her role as Kelly Bundy on the long-running sitcom ‘Married… with Children’, Applegate is one of the first high profile celebrities to recently battle cancer. The actress was outspoken about her struggle and decision to undergo a double mastectomy in 2008 after she discovered she had the disease and inherited the BRCA1 genetic mutation that often triggers breast cancer. After the operation, she said, “They got everything out, so I’m definitely not going to die from breast cancer.” The actress has fully recovered from her ordeal and has become very involved with cancer charities. In 2003, she became the spokesperson for the Lee National Denim Day, which is dedicated to raising funds for breast cancer research and education. In 2009, she founded the charity Right Action for Women, which promotes MRI scans to screen women for breast cancer, which she credits with saving her life. Applegate has been as equally busy in her personal life, giving birth to her first child in 2011, daughter Sadie Grace LeNoble. 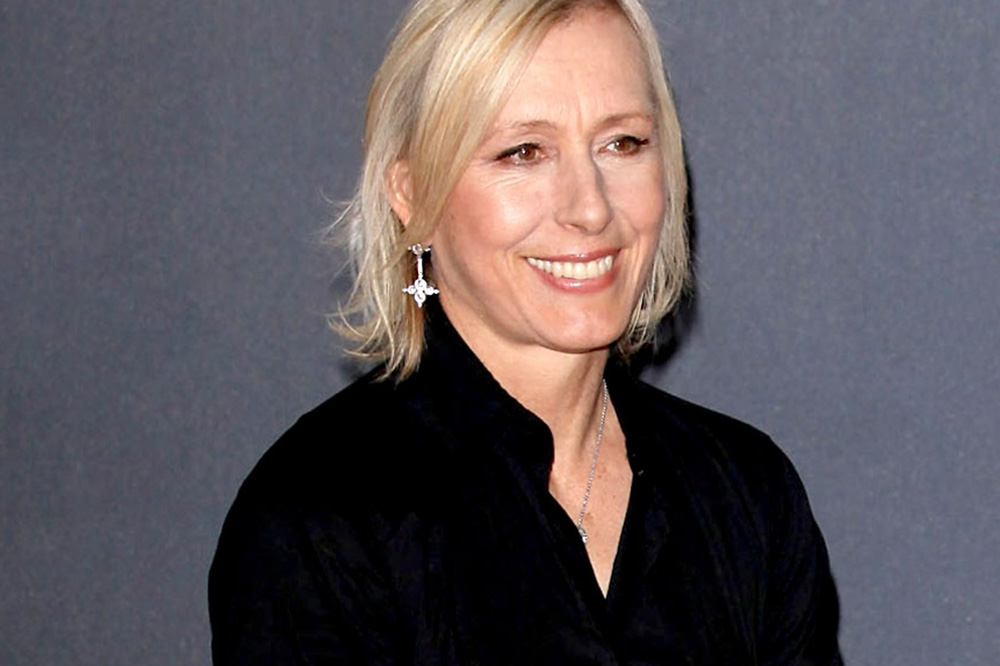 Navratilova’s triumph over breast cancer can be added to her score of victories at Wimbledon and grand-slam tennis tournaments during the course of her 35-year career. The tennis legend was diagnosed with breast cancer in April 2010 after having a biopsy. She previously had never been screened for the disease. She later told CNN, “You don’t forget the day when your life is completely changed forever.” Navratilova underwent a lumpectomy, but two weeks later was back to fighting form, participating in a triathlon and taking part in a tennis tournament while still going through radiation therapy. In her quest to not let cancer get her down, the athlete decided to conquer Mount Kilimanjaro at age 54 in December 2010 in a charity climb. Unfortunately, the task proved too arduous for the recovering Navratilova, who suffered from altitude sickness and a stomach infection at just 4,500 feet, leading to a nightlong rescue mission to remove her from the mountain. Luckily, she was released from hospital a few days later and is back in fine form today. 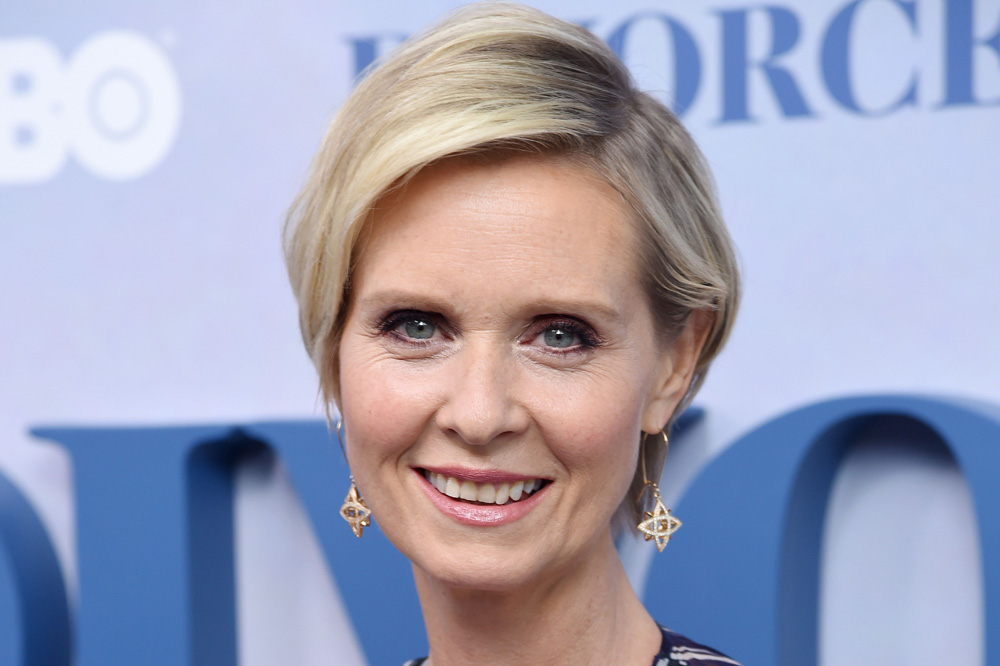 This ‘Sex and the City’ star was diagnosed with cancer in 2006 after having a routine mammogram, which she has been getting since age 35 as her mother also suffered from the disease. Nixon did not publicly disclose her battle with cancer until two years after she was in remission, when she revealed her ordeal during an interview with US program ‘Good Morning America’. Since then, she has become an ambassador for the Susan G. Komen for the Cure organization and an outspoken advocate for breast cancer awareness. Since beating cancer, the 51-year-old and mother of two has continued with her successful acting career, appearing in two ‘Sex and the City’ films, as well as several made-for-television movies and even enjoyed an award-winning stint on Broadway. 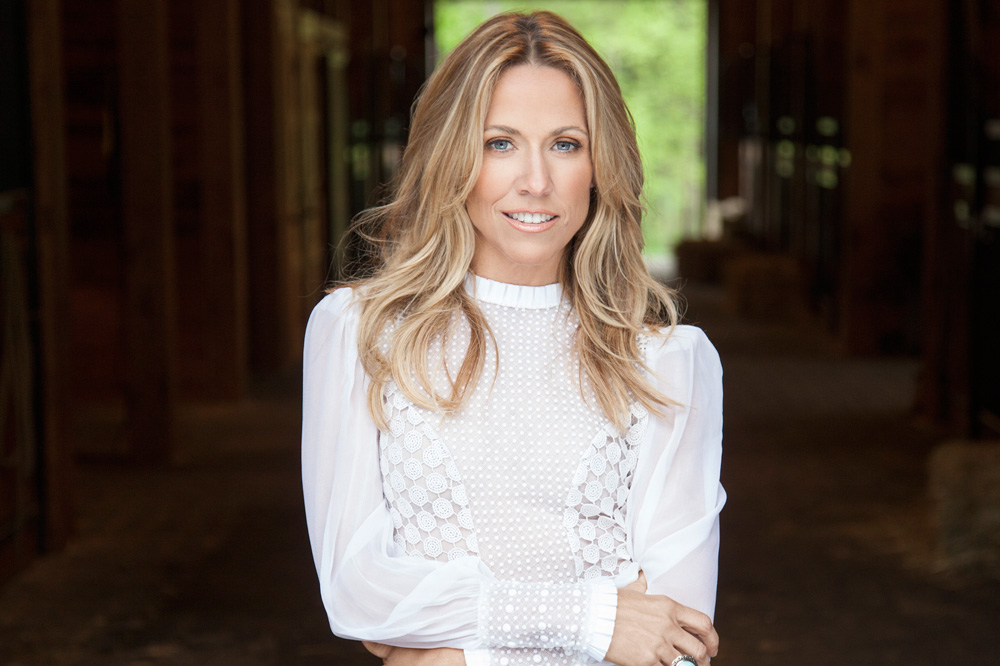 The ‘All I Wanna Do’ crooner was diagnosed with breast cancer in early 2006 after a routine mammogram. Then 46, Crow told CNN, “I am a walking advertisement for early detection.” But the singer did not let cancer keep her down for long. After her recovery, she went on to release new albums. She has also made a number of television appearances, including episodes of ’30 Rock’, ‘Cougar Town’, ‘Hannah Montana Forever’, and ‘GCB’. In 2008, she launched her own clothing line and opened her own charitable organization, the Sheryl Crow Imaging Center, a digital diagnostic breast cancer screening lab in Los Angeles. Now 55, Crow has also added the title of ‘Mommy’ to her long list of achievements, adopting two baby boys, Wyatt Steven in 2007 and Levi James in 2010. 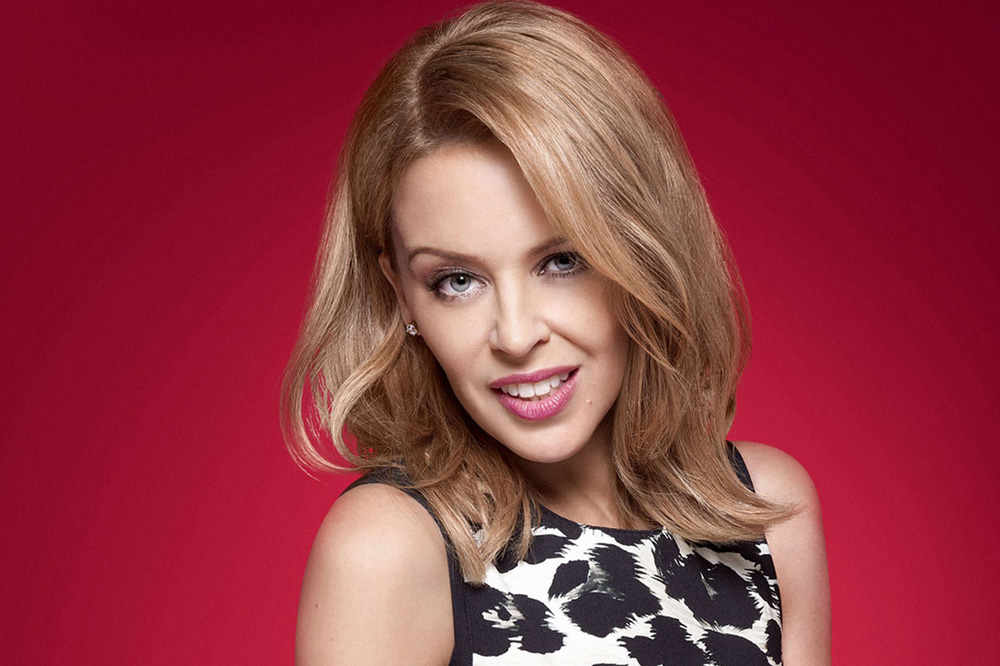 The diminutive multi-award winning and multi-talented songstress and actress has been called the most inspirational celebrity to survive breast cancer by a British post-mastectomy clothing line. Diagnosed in 2005, she has since worked hard to draw attention to the disease, raising awareness and participating in fund raising events. “I’ve been informed that since my diagnosis thousands of women had become more aware than ever of the risk of breast cancer,” she wrote on her website. Now 49, Minogue has enjoyed a multitude of successes since her recovery, going on a number of tours to promote her two albums ‘X’, which was released in 2007, and ‘Aphrodite’ in 2010. She also appeared in the 2011 film ‘Jack and Diane’, playing the role of Tara. 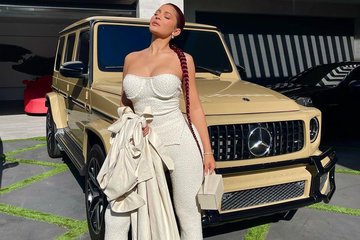 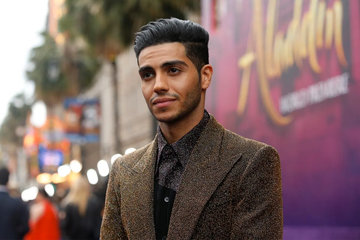 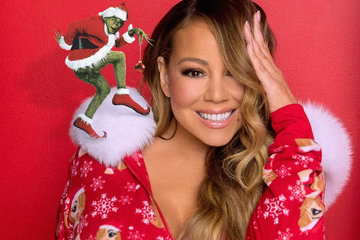