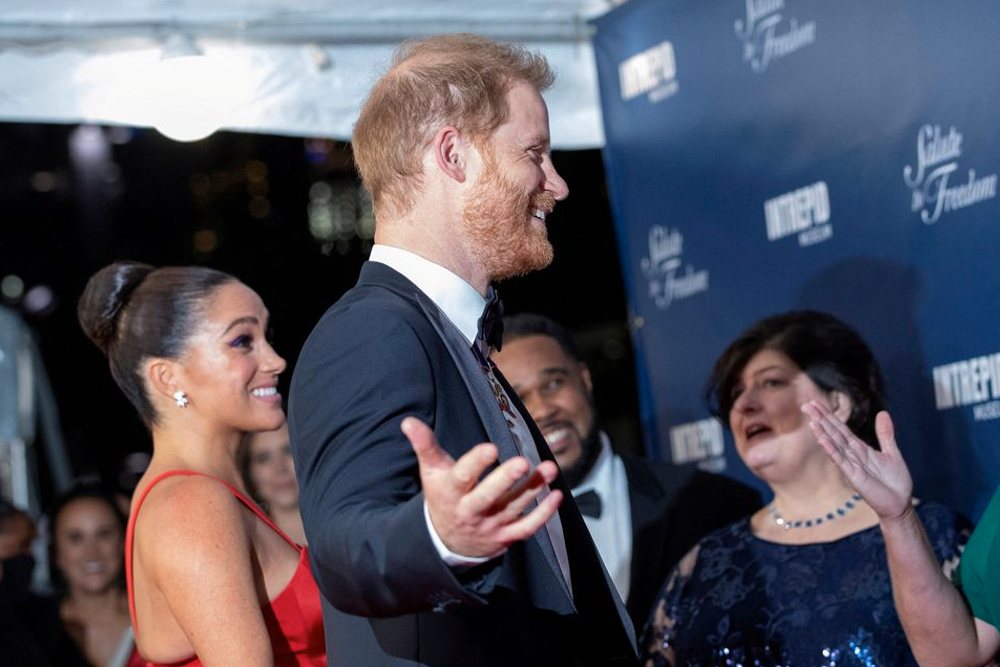 Prince Harry said Britain's royal household regularly leak stories about each other, calling it "a dirty game" in a new trailer released on Monday for the much-anticipated Netflix documentary series about him and his wife Meghan.

The first three episodes of the series will be available on Thursday, the streaming service said, amid widespread speculation over what the couple, the Duke and Duchess of Sussex, will say about the other royals.

Since Harry and Meghan stepped down from royal duties two years ago and moved to California they have delivered stinging criticism of the British monarchy and accusations of racism, accusations that the family has dismissed. The prince has suggested in interviews he is now barely on speaking terms with the rest of the family, most notably with his father, King Charles, and elder brother, Prince William, the heir to the throne.

Buckingham Palace has released no statements about the documentary series and did not immediately respond to requests for comment on Monday. In the short clip, Harry referred to people working for the royal households briefing journalists about each other, an issue he has previously talked about.

"There's a hierarchy of the family. You know there's leaking, but there's also planting of stories," he says. "It's a dirty game."

'FEEDING FRENZY'
A voice on the trailer, which appears to be Harry's, also refers to the "pain and suffering of women marrying into this institution" while showing images of Harry's late mother Diana and his sister-in-law Kate, calling it "this feeding frenzy".

The last time Harry and Meghan opened up about their relationship with the other royals, in an interview with Oprah Winfrey in March 2021, it plunged the institution into one of its biggest crises of recent times.

After the Winfrey interview, Buckingham Palace promised to address seriously the issues they raised while pointedly remarking that "some recollections may vary". William also said a few days later: "We're very much not a racist family."

Many of Britain's Sunday newspapers led with stories about the Netflix series, with some unnamed sources accusing the couple of declaring war on the Windsors.

The first trailer's release last week coincided with William and his wife Kate's first trip to the United States for eight years. The visit was also overshadowed by a race row involving William's 83-year-old godmother which saw her stepping down from her honorary role in the royal household.

The royals will now be bracing for further revelations from Harry and Meghan when the series airs this week.

"It's really hard to look back on it now and go 'what on earth happened?'" Harry says in the trailer, in an apparent reference to his and Meghan's experience in the royal family.
By Reuters
Prince HarryPrince Harry and Meghan MarkleCelebrity NewsBritish Royal FamilyBritish Royals