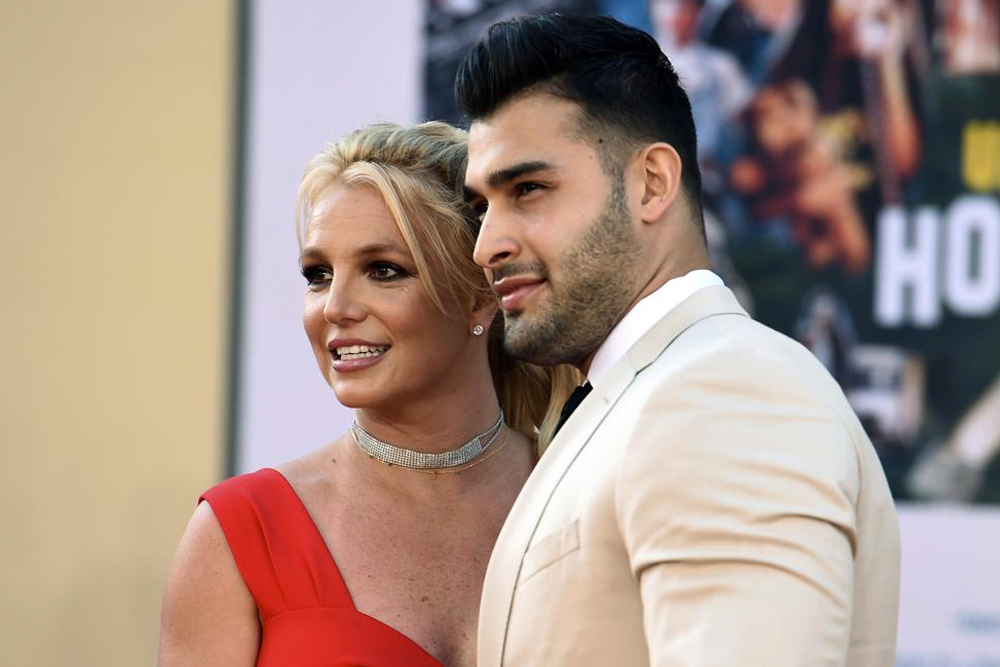 Britney Spears, less than five months after her conservatorship ended, confused some fans Monday when she posted on Instagram that she’s pregnant, and apparently married.

“I lost so much weight to go on my Maui trip only to gain it back,” the pop star wrote in part Monday, accompanied by a photo of flowers and a cup of coffee. “I thought ”Geez ... what happened to my stomach???” My husband said “No you’re food pregnant silly!!!” So I got a pregnancy test ... and uhhhhh well ... I am having a baby. ...”

Spears — with liberal use of various emojis — didn’t name partner Sam Asghari as the “husband” and added: “I obviously won’t be going out as much due to the paps getting their money shot of me like they unfortunately already have.”

While some, including Paris Hilton, congratulated Spears.

Monday evening, Asghari added an Instagram post of his own accompanied by a painting of a lion family with three members.

“Marriage and kids are a natural part of a strong relationship filled with love and respect. Fatherhood is something i have always looked forward to and i don’t take lightly. It is the most important job i will ever do,” he wrote.

Spears spoke of suffering from perinatal depression in the past, calling it “absolutely horrible” and saying she’s heartened that the condition is spoken of more freely among women now than at the time of her previous go arounds with her sons, ages 15 and 16. She shares the teens with ex Kevin Federline.

She said “some people considered it dangerous if a woman complained like that with a baby inside her … but now women talk about it everyday … thank Jesus we don’t have to keep that pain a reserved proper secret … This time I will be doing yoga every day !!! Spreading lots of joy and love!!!”

The 40-year-old Spears has said she longed for a baby with the 28-year-old Asghari, a personal trainer, but she has said the nearly 14-year-long conservatorship forced her to remain on birth control.

Multiple email requests for confirmation from Spears’ representative were not immediately returned Monday.