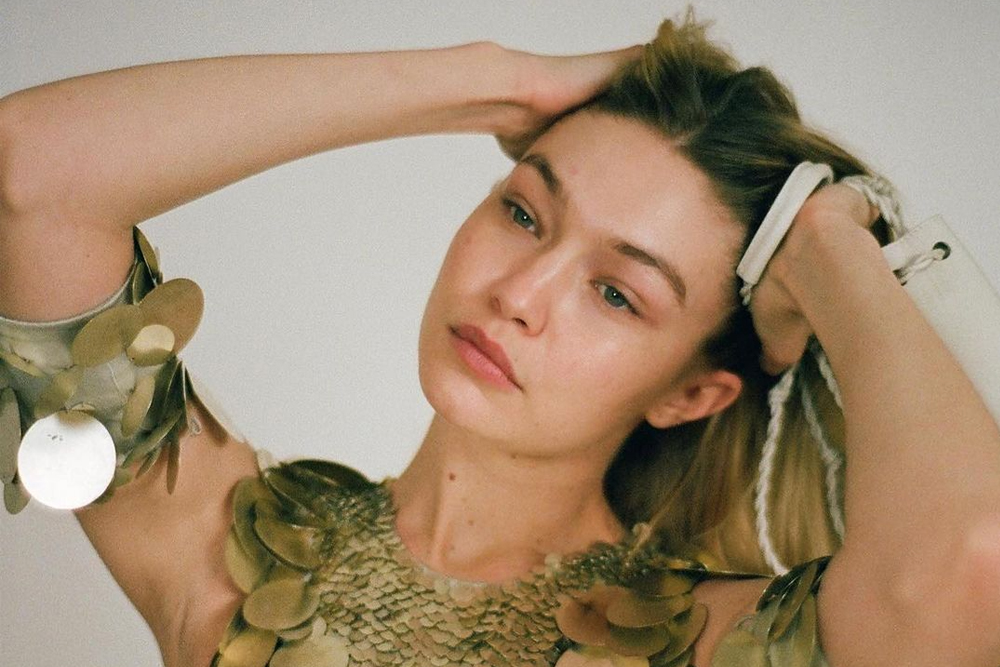 We first met Gigi Hadid when her mother, Yolanda, also a former model, appeared on hit reality TV show, Real Housewives Of Beverley Hills, as she began in her own modelling career. Since then, Gigi Hadid’s career as a supermodel has taken off in the most phenomenal way and not only does she adorn the pages of high fashion magazines, but she is much loved for being vocal about humanitarian causes – especially when it comes to her father’s homeland of Palestine.

With all that’s happening in the world right now, the part Palestinian model, took to Instagram on Sunday 6th March 2022, to make the announcement that she would be donating all of the money she is earning from her participation in modelling at fashion weeks for Fall 2022, to those suffering in war-torn Ukraine and Palestine. Having been inspired to take this step by fellow model, Mica Arganaraz, the 26 captioned her Instagram post, “Having a set Fashion Month schedule has meant that my colleagues and I often present new fashion collections during heartbreaking and traumatic times in history. We don’t have control over most of our work schedules, but we would like to walk ‘for’ something.” She continued, “Following in the footsteps of my friend @micarganaraz, I am pledging to donate my earnings from the Fall 2022 shows to aid those suffering from the war in Ukraine, as well as continuing to support those experiencing the same in Palestine. Our eyes and hearts must be open to all human injustice. May we all see each other as brothers and sisters, beyond politics, beyond race, beyond religion. At the end of the day, innocent lives pay for war- not leaders. HANDS OFF UKRAINE. HANDS OFF PALESTINE. PEACE. PEACE. PEACE."

In February, 29-year-old Arganaraz had called upon her fashion industry peers to also donate their fashion week salaries to help with aid for Ukraine.

She said in a statement, “I have to say it feels very weird walking fashion shows knowing there’s a war happening in the same continent. I will be donating part of my earnings of this fashion week to help Ukrainian organizations. To my model friends and colleagues and whoever is also struggling with this feeling, perhaps this is something we could all contribute to."

Gigi Hadid’s sister, Bella, whose father is Arab-Palestinian Mohammed Hadid, also showed support for this initiative as she commented, “You said it @micaarganaraz. We have many Ukrainian friends, colleagues, models, production, casting and to see the lack of communication/knowledge about a war...so close is very very sad. It’s incredibly odd to be walking in fashion shows as our work, especially during a time like this.” She concluded, “I compel the people of our industry to do their research and have open conversations about the hell that is happening next door.”