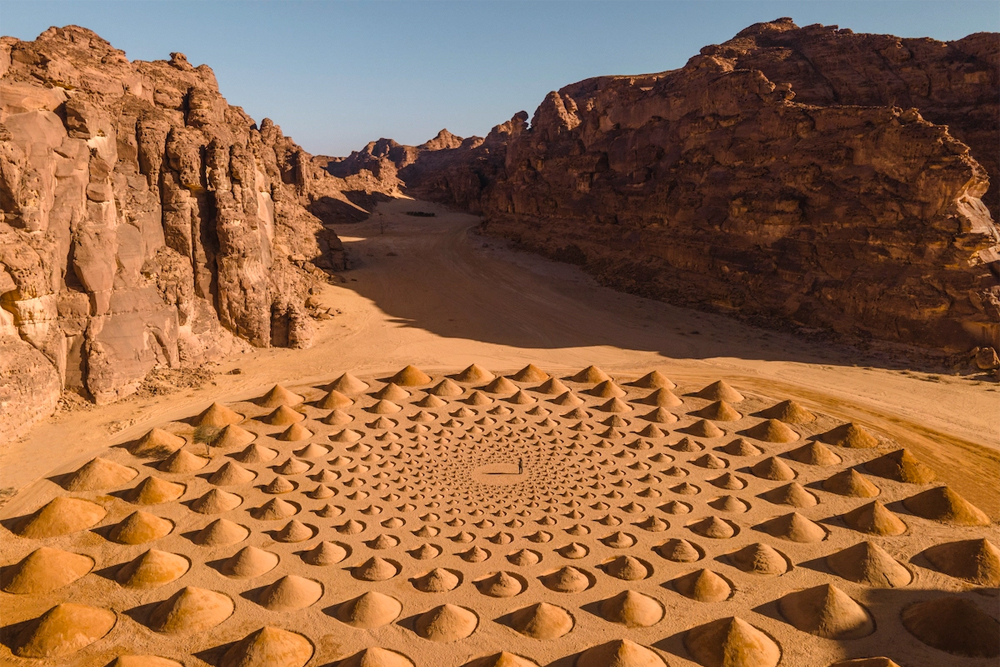 The vast expanse of the desert landscape of Al Ula in Saudi Arabia is hosting the second edition of Desert x Al Ula – an international art exhibition that sits in the historical site. This year, fifteen artists have explored the ancient concept of “Sarab,” which is an oasis or mirage, and how that desert landscape has developed and progressed over the years.

Executive director of arts and creative industries, Royal Commission for Al Ula, Nora Aldabal stated, “Al Ula engages visitors in art journeys through experiences of landscape. It is a meeting point for those who understand that the future depends on our mutual understanding of one another.” 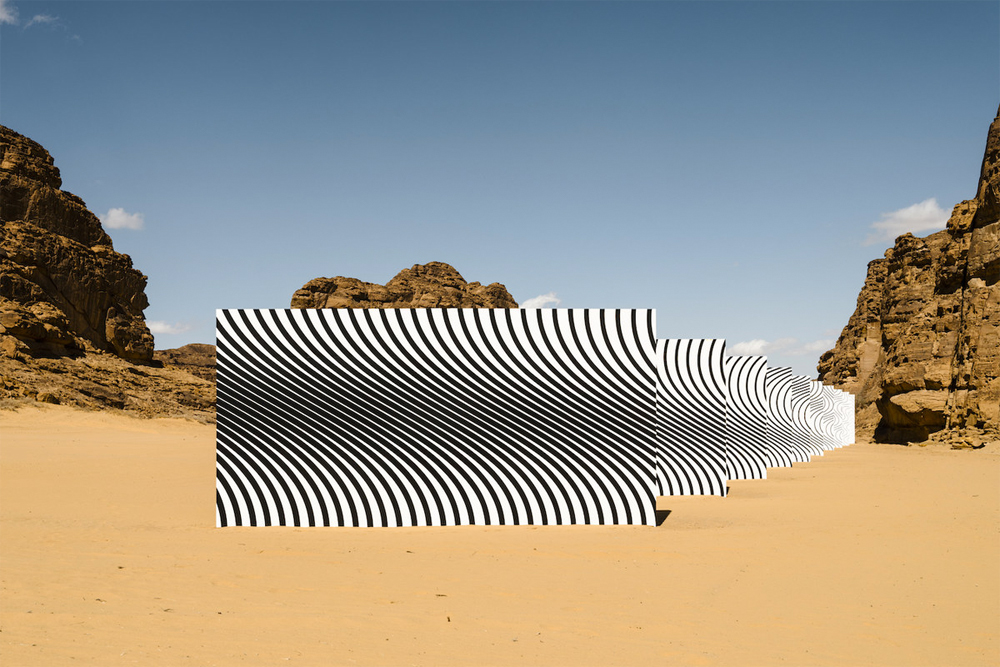 Visitors are free to roam through the exhibitions and explore the work of the pioneering artists who are looking to make a statement and spark conversation through their ideas and concepts. The artists have been able to use the desert as their canvas without any restrictions.

British artist, Shezad Dawood’s work looks at the concept of the geo-biological relationship between the desert floor and the Red Sea through coral-like forms. Canadian artists, Stephanie Deumer has created a flourishing underground greenhouse, while local artist, Saudi Arabian, Sultan bin Fahad creates a mud structure with mirrors on its facade mimicking the look of a mirage. 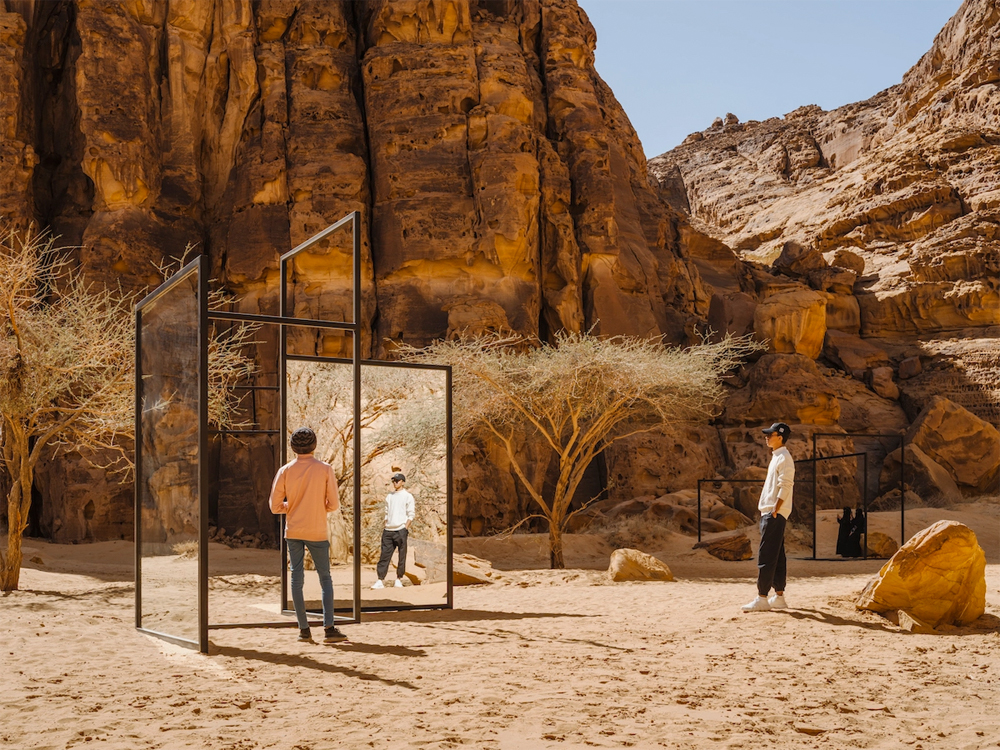 Reem Fadda, curatorial advisor to Desert X Al Ula 2022, says, “The desert concepts of mirage and oasis have long been tied to ideas of survival, perseverance, desire, and wealth. The oasis pertains to ideas of finding prosperity or heaven, while the mirage is a universal symbol of the mysteries of imagination and reality. They also connote the incomprehensible beauty and abundance of nature in its most bereft state – the desert – and humans’ obsessive desire to capture and control it.”

Desert x Al Ula is free to the public and open to anyone as it continues on from its success of Desert X in California’s Coachella Valley, which started in 2017, and explores dreams, camouflage, fiction, dis/appearance, extraction, illusion, and myth, along with the contradiction between the natural and manmade worlds. 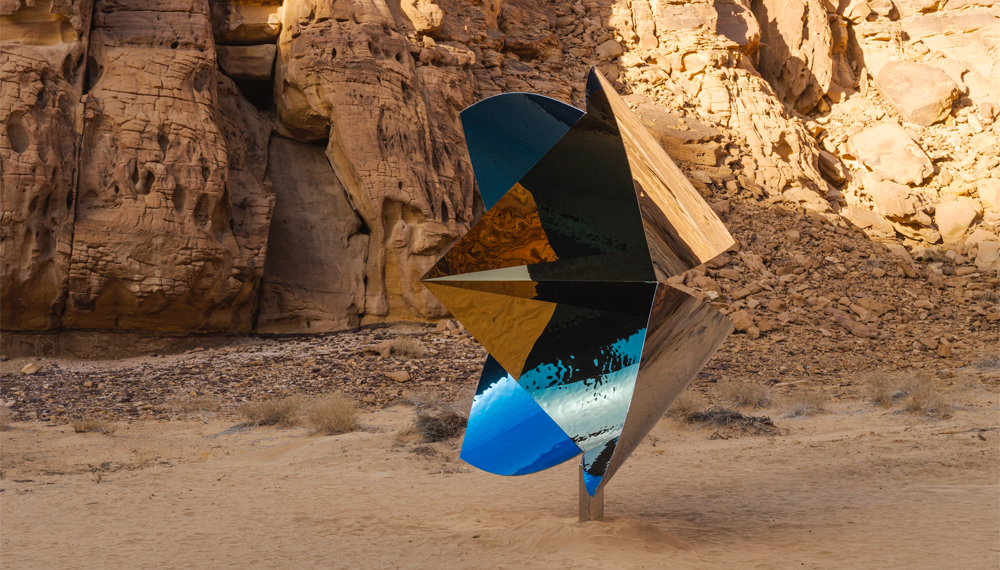 Last year’s edition of this major art event featured works that were kept as permanent installations, such as the likes of Saudi artist, Manal Al Dowayan’s “trampolines,” that showed just how much power artists have to change particular narrative and contribute to society. Nora Aldabal also added that Desert x Al Ula “crafts the next chapter in AlUla’s history as a cradle of artistic inspiration, transfer, and expression.” 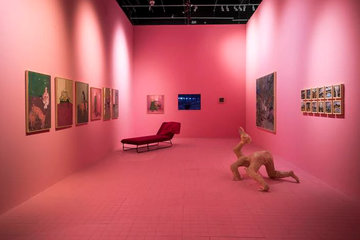 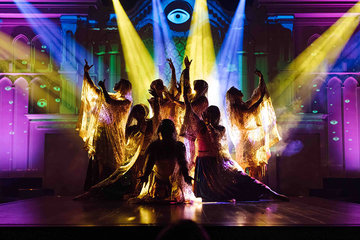