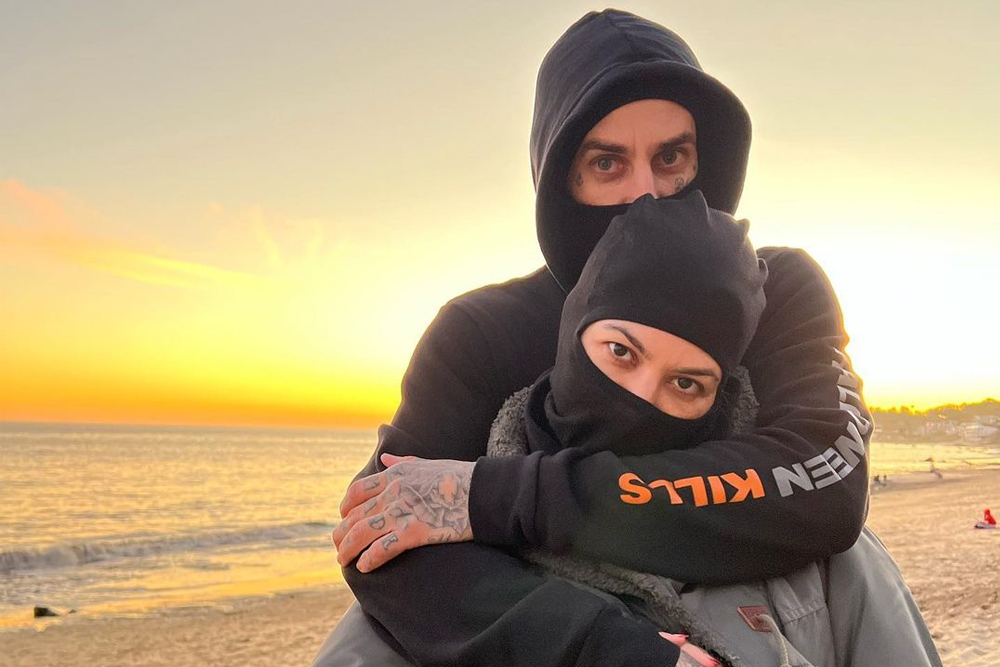 Blink-182 drummer, Travis Barker and Kourtney Kardashian’s romantic relationship has been making continuous headlines with all the PDA. From Kourtney’s Instagram posts, and the grand romantic gestures the couple do for each other, to their engagement announcement, it’s fair to say that this duo is in it for the long haul and is everyone’s favorite celebrity couple!

Following Travis Barker’s beach proposal to Kourtney in 2021, fans have been waiting with bated breath to hear news of their wedding, and we might just have some information about what the #Dash182 wedding might have in store…

According to a number of reports and sources, the eldest Kardashian sister wants to keep the wedding minimal and limited to “only close friends and family,” and doesn’t want any public fanfare! This comes as no surprise as it was noted by fans of Keeping Up With The Kardashians that she no longer wanted to be part of the show and wanted a much quieter life with her family and children out of the public eye.

Of course, since it is a celebrity wedding, there will be a planner involved and Travis and Kourtney have employed LA-based celebrity wedding planner, Mindy Weiss, along with Kris Jenner to be part of her planning squad. Weiss has a long history with the family, and has been known to work with the Kardashians for some of their biggest events. It has been revealed by insiders that both Travis and Kourtney are rather laid back about their wedding plans and that the bride to be is “not a bridezilla at all.”

Following a long and tumultuous relationship with Scott Disick, we’re happy to see this Kardashian sister find her “happily ever after” with Barker, as both have been single parents and good friends for a long time and have found love with each other in the most unexpected way.

This Cult Favorite From Huda Beauty Is Back With A Bang