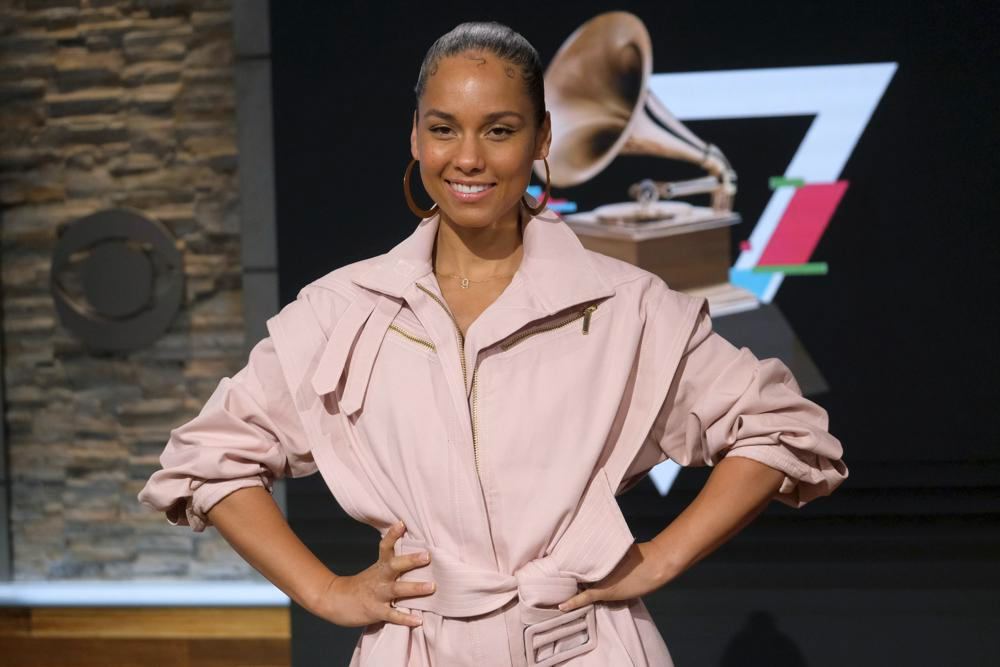 R&B singer-songwriter Alicia Keys guided a few hundred people at a small show in Miami through a 10-minute meditation before asking them to make some choices.

Keys wanted concert goers gathering for an immersive exhibit on the eve of Art Basel Miami Beach to listen to her new material, and then pick either the relaxing piano versions the Grammy-winning artist is best known for, or the more-produced tracks with a different beat for the same songs.

“I say that’s even” said Keys, seemingly surprised after singing and then playing bits of “Is it Insane,” a jazzy and melancholic tune. The three songs she teased will appear on her new album, which is being released on Dec. 10 with two versions she is calling “Originals” and “Unlocked,” produced by Mike WiLL Made-It.

Wearing a long tail yellow dress, Keys headlined an experiential art show at Superblue Miami, appearing as one of the main performers trekking down to Miami for the international art fair that runs from Thursday to Saturday.

Rapper Tinie Tempah was among the artists attending the “secret” Alicia Keys concert at a dark space with sunflowers were projected on the walls. The previous night celebrity attendees at a Louis Vuitton’s fashion show included Maluma, Pharrell and Joe Jonas.

Keys and her husband, producer Swizz Beatz, are no strangers to the art fair, having supported struggling artists allowing them to keep 100 percent of their commissions from the show.

One of the installations at the exhibit where Keys performed was by James Turrell and featured a room with the floor, walls and ceiling fully lit up in uniform neon colors that at times appeared foggy and made it difficult to discern where the room ended. There was also a maze of mirrors meant to resemble the respiratory system of trees.

During the meditation portion of the evening, Keys asked guests to inhale and exhale at the same pace as these mechanical flowers that were hanging from the ceiling opened and closed. Keys said they looked like jelly fish in the ocean.