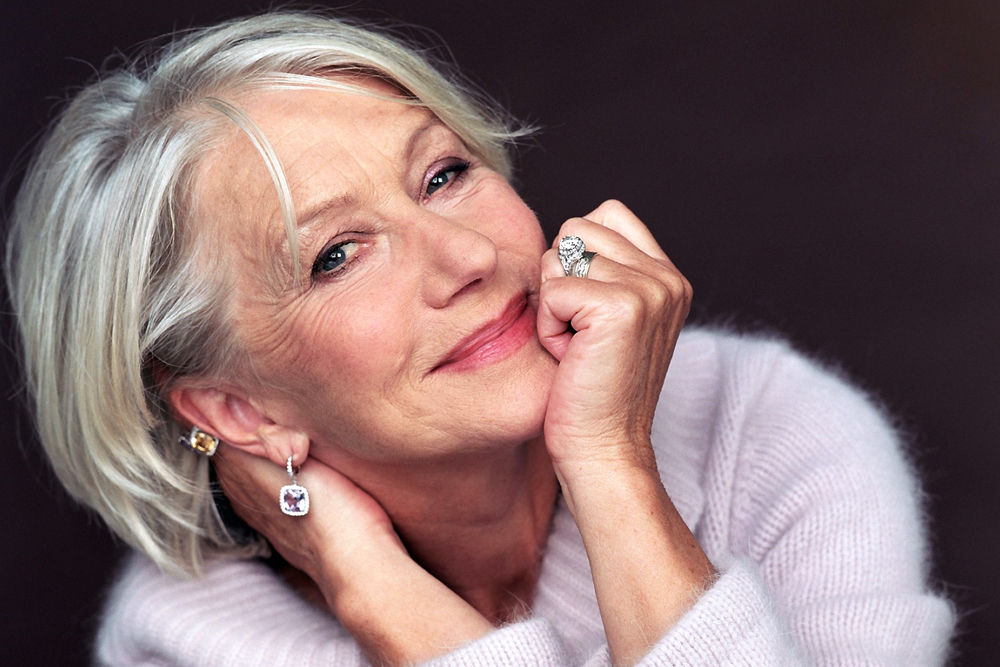 Working from home? “Much more convenient,” she said. She bought a ring light for Zooms, balancing her laptop on two dictionaries. “I love it... I hope elements of our quarantine lockdown are going to stick with us.” She's savoring slow dinners with her husband, the director Taylor Hackford. They've been living together in the mountains near California's Lake Tahoe for much of the last year.

"It’s given me the opportunity to be with my husband in a sort of normal everyday way, which has been fantastic. It is actually the first time in all of our 30 years together that we’ve sat down at the table each night and had dinner together. Normally we’re getting on planes, going here, there. ... So, it’s been fabulous just to be a normal person.” The 75-year-old British star is backing the documentary “My Beautiful Stutter,” which looks at the work of New York City-based nonprofit group SAY: The Stuttering Association for the Young.

The Discovery+ film follows five children who have been bullied due to how they speak and looks at how the charity helps them with their confidence. The children meet others who stutter, and much of the documentary examines their time at Camp SAY.

Mirren was introduced to the charity by friend Kelli O’Hara, and has been an advocate and ambassador for years, hosting SAY’s fundraising gala in New York.

“I have known people who, as we say in England, stammer or stutter, actor friends of mine who have quite a severe stutter off-stage and can walk on stage and do Shakespeare absolutely fluently. And I was always sort of rather surprised or moved or affected by that,” Mirren said.

Mirren, meanwhile, has restarted acting under COVID-19 protocols, but said social distancing and face coverings make film productions “just not so much fun” as they used to be.
“You have a focus puller if you bumped into him on the street, you wouldn’t recognize him, even though this is someone you’ve been working with every day,” she said. "So that sense of community, I’m really looking forward to coming back into my job.”