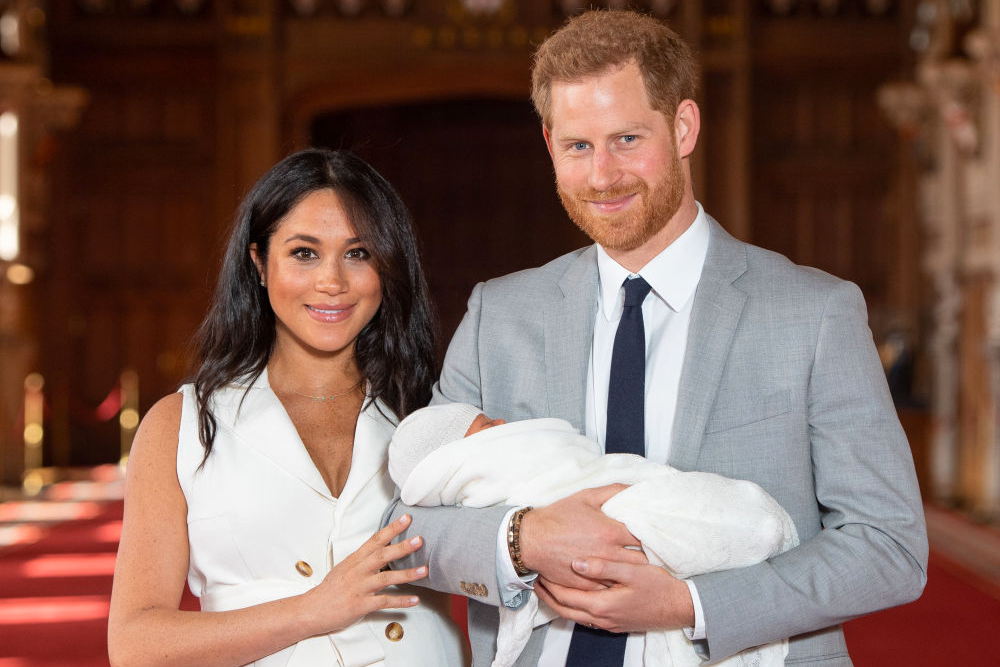 Prince Harry and Meghan Markle, The Duke and Duchess of Sussex have announced, via a spokesperson, that they are expecting their second child. The spokesperson said in a statement, “We can confirm that Archie [Harrison Mountbatten-Windsor] is going to be a big brother.”

Friend to the couple, photographer, Misan Harriman took some photographs of the royal couple, sitting under a tree with Harry placing his hand on Meghan’s head whilst she rested her head in his lap as she held her bump. It’s not often that the British royal family are photographed in such an informal manner, so the photograph is refreshing and a modern approach to the announcement of a new baby. In the image, Meghan is wearing a Carolina Herrera dress by Wes Gordon that was custom made for her during her first pregnancy with her son Archie.

"As seen now across the globe, in our families, our communities and those on the front line – together we can lift each other up to realise the fullness of that promise,” starts Harry and Meghan's message.https://t.co/EpRuVGKtgs

Photographer Harriman spoke of his photograph of the royal parents to be, “With the tree of life behind them and the garden representing fertility, life and they didn’t need any direction, because they are, and always have been, waltzing through life together as absolute soulmates.”

The joyous news of Harry and Meghan’s second baby comes after the duchess’s heartbreaking miscarriage last year, and the couple are overjoyed with being able to welcome their second child.

In the pics revealed so far, Kristen Stewart bears an uncanny resemblance to Princess Diana.https://t.co/ZrAiy7CWTb

Misan Harriman also added, “When you see people who have the connection that they have, it’s like reading the pages of a book.” The duke and duchess stepped down from their royal duties, and since then have continued with their charity work, and have signed TV media deals, and launched their first ever podcast in December 2020.