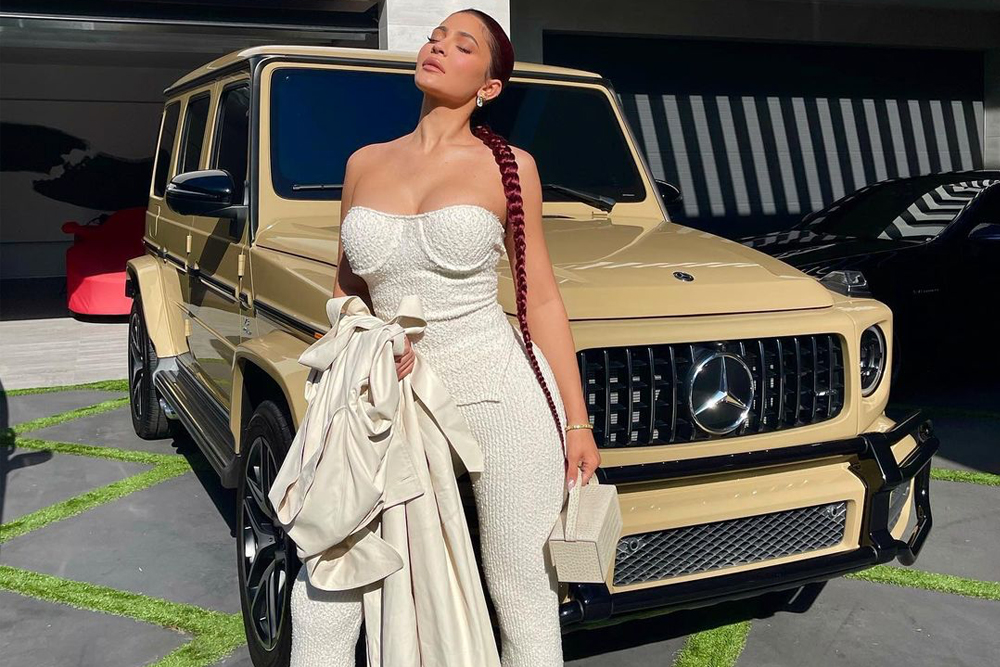 We all know that many A-list Hollywood celebrities have a penchant for Middle Eastern fashion and designers, and over at AboutHer.com, we were delighted to see that Kylie Jenner rocked this Dubai-based label as she filmed the final episode of Keeping Up With the Kardashians.

That’s right! The beauty entrepreneur and reality star, mother of Stormi, was rocking accessories label, L’Afshar, as they filmed the ultimate episode of one of the most famous reality shows in history. It's not the first time we have spotted the Kar-Jenners with L’Afshar’s signature box-shaped handbags and clutches as they have carried the Arab label on the red carpet, and been papped with the striking accessories on their nights out too.

Kylie Jenner took to Instagram to show off her last Keeping Up with the Kardashians look in a series of images of her sporting a white-on-white look. The self-made billionaire wore a cream leather Zeynep Arcay trench over a corset top and matching trousers from Helmut Lang, Bottega Veneta mules, some diamond earrings and finished it off with a beige croc skin Ida bag from L’Afshar.

She captioned her Instagram carousel, “Last day of filming.” The Kar-Jenners aren’t the only A-listers who love L’Afshar. Created by Lilian Afshar, celebs such as Bella Hadid, Kendall Jenner, Beyonce and Rachel Bilson have also been spotted in the label known for its unique structural accessory designs in marbled resins and mirror work.

Going out in style, it was in September 2020 that the infamous Kar-Jenner family announced the end of its run with the reality show that turned them into house hold names. The final season of Keeping Up with the Kardashians is due to air later this year.