Rihanna’s in the throes of a budding romance and the man making her so happy just happens to be from our neck of the woods. So obviously a lowdown on the Saudi Toyota dealership heir is in order. 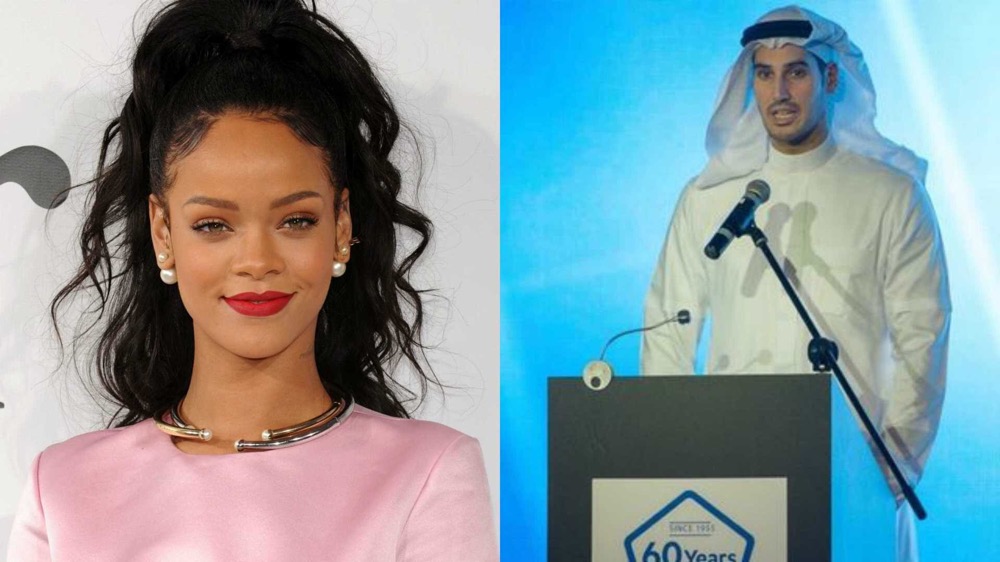 The Twittersphere went into overdrive with hashtagslike #RihannaHasAManParty and #Rihannasman and the Internet searches weren’t going to stop until the identity of Rihanna’s new beau was confirmed. Who was that handsome, dark haired man the world’s favourite Bajan beauty was so happy canoodling with in a hot tub? Since the pictures were taken in Ibiza many thought Rihanna was cosying up to a Spaniard, but once Riri’s fans found out he was Saudi Arabian billionaire Hassan Jameel, they were quick to praise the thought of a new power couple in the making. What’s not to like about one of the music world’s most eligible bachelorettes dating someone believed to be one of the wealthiest men in the world?

They certainly look happy together, as other pictures emerging from their Spanish holiday show. One captured Rihanna carrying a bouquet of flowers while her Middle Eastern boyfriend had a huge grin on his face. But will Rihanna be singing “We Found Love?” with the Toyota heir in mind? They had apparently been getting to know each other quietly before it all became public, and an insider spoke to “The Sun,” revealing: “This relationship is the real deal. Rihanna has told friends she’s in love with him and seems completely smitten!”

Rihanna has had highly publicised romances before. The eight-time Grammy winner dated R&B star Chris Brown and has since been associated with several other celebrities like Travis Scott, Leonardo DiCaprio, and of course, Canadian crooner Drake. She’s also dated baseball player Matt Kemp. While those relationships didn’t work out, here are five things to know about her new man to help us decide if he’s better suited. 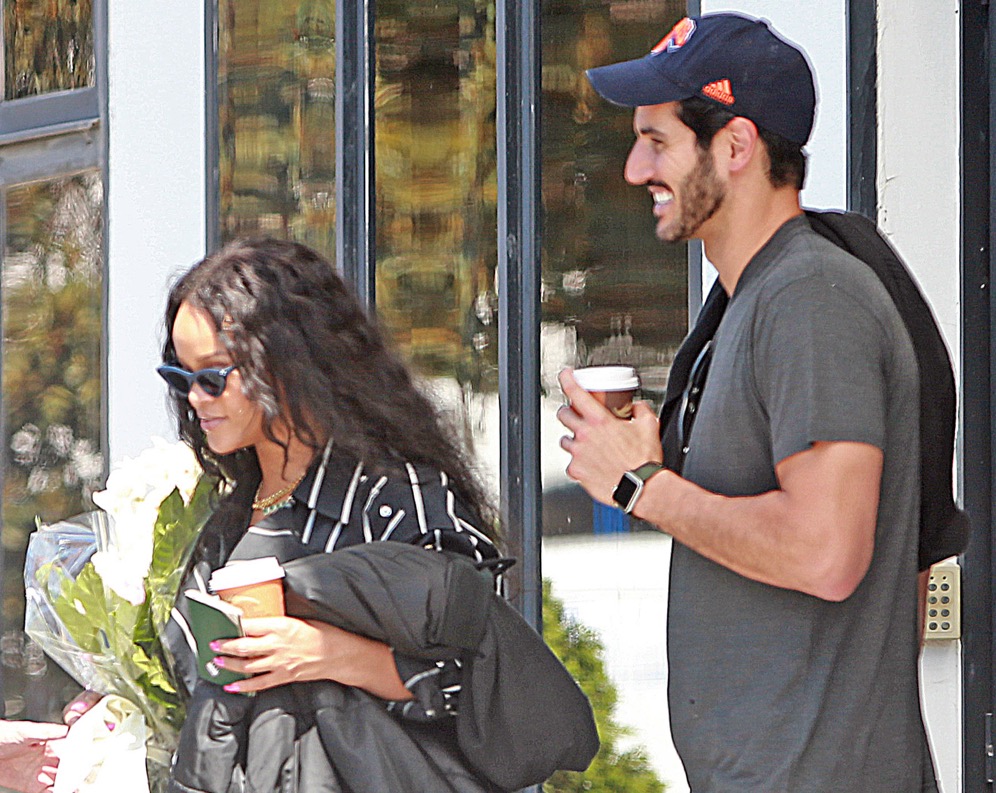 1. Jameel is Deputy President & Vice Chairman of Abdul Latif Jameel
Jameel’s grandfather, Abdul Latif, launched the family-run Abdul Latif Jameel car business in 1945. Since it won exclusive rights to distribute Toyota in Saudi Arabia in 1955, it has grown to become one of the biggest car companies in the world. As well as being key investors in Toyota, the company has diversified to include financial services, real estate facilities, consumer products, energy services and advertising.

Since the founder passed away in 1993, Mohammed, his son, has been the acting President and Chairman. As Deputy President and Vice Chairman, Jameel is second in command of one of the most prosperous car companies. And Rihanna’s love interest has helped to add to the company’s success story. At a Toyota Corolla launch in Saudi Arabia in 2014, Jameel was called on stage to celebrate the company’s new Guinness World Record. This was earned due to Toyota Corolla becoming the name that has appeared on more cars than any other, with an excess of 37 million produced worldwide as of February 2011.

2. His family has a net worth of $1.5 billion.
The Jameel family has been the sole owners of the right to sell Toyota cars in Saudi Arabia for the past eight decades. Needless to say, the deal has helped them amass a mind-blowing fortune, which Rihanna’s suitor will one day inherit. In an article called “Forbes Middle East: The World’s Richest Arabs 2016,” the Jameel family was ranked at number twelve. According to the American business magazine, the family is worth US$1.5 billion (Dhs5.5 billion), making them the 12th wealthiest in the Middle Eastern region. As the family successor, Jameel is one of the world's wealthiest men.Rihanna, who was born Robyn Rihanna Fenty, is believed to have a net worth of $230 million.

3. He owns a football league.
It might have impressed you to know JAY-Z is the majority owner of the Brooklyn Nets basketball team. However, Rihanna’s handsome heir has the sponsorship and naming rights to the entire Saudi premier football league. The professional league is aptly called the Jameel League, named after the Abdul Latif Jameel group for sponsorship reasons. Funnily enough many of the “Wild Thoughts” singer fans thought Jameel was a football player during the frenzied search to find out who he was. 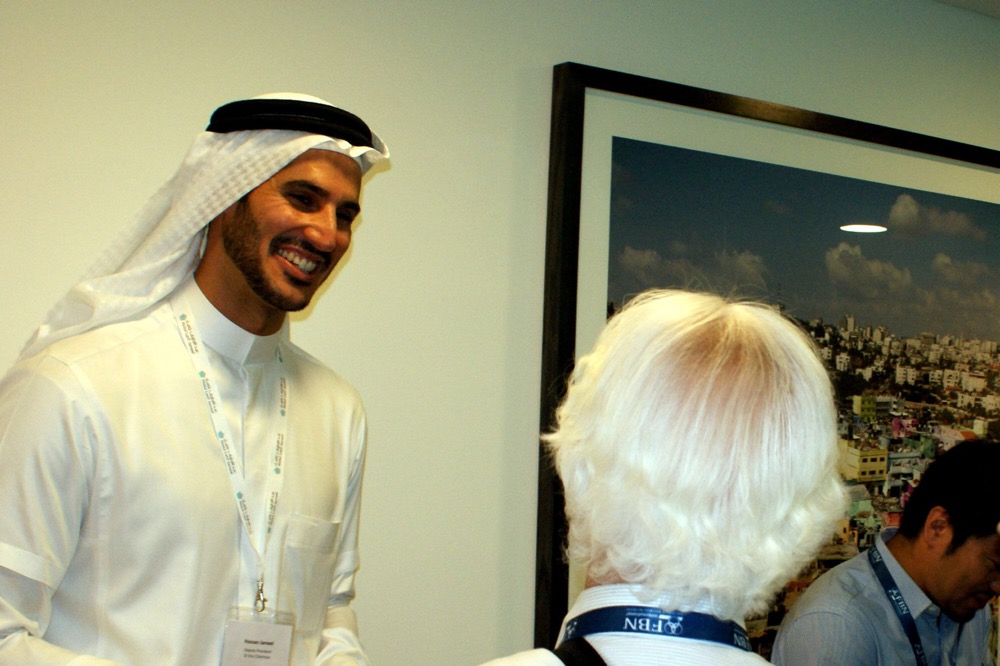 4. Jameel is a philanthropist.
Rihanna and Jameel don’t just share the same age, 29; they are both philanthropists too. Jameel is President of his business's charitable arm, Community Jameel. The initiative strives to help individuals and communities in the Middle East and elsewhere by developing socially, culturally, educationally and economically. Some of the main aims include reducing poverty, using technology to increase food and water security and showcasing artists, particularly female ones.

Jameel has met with Britain's Prince Andrew to discuss business opportunities for poorer communities, while his father became one of the first Saudi businessmen to receive an honourary knighthood from the Queen for his philanthropic work. We’re sure all this has earned Jameel some brownie points with Rihanna, who has made some of her own selfless efforts. The pop princess has a charitable organisation called the Clara Lionel Foundation, which concentrates on global health and emergency response. She was named Harvard's 2017 Humanitarian of the Year because of the initiative. 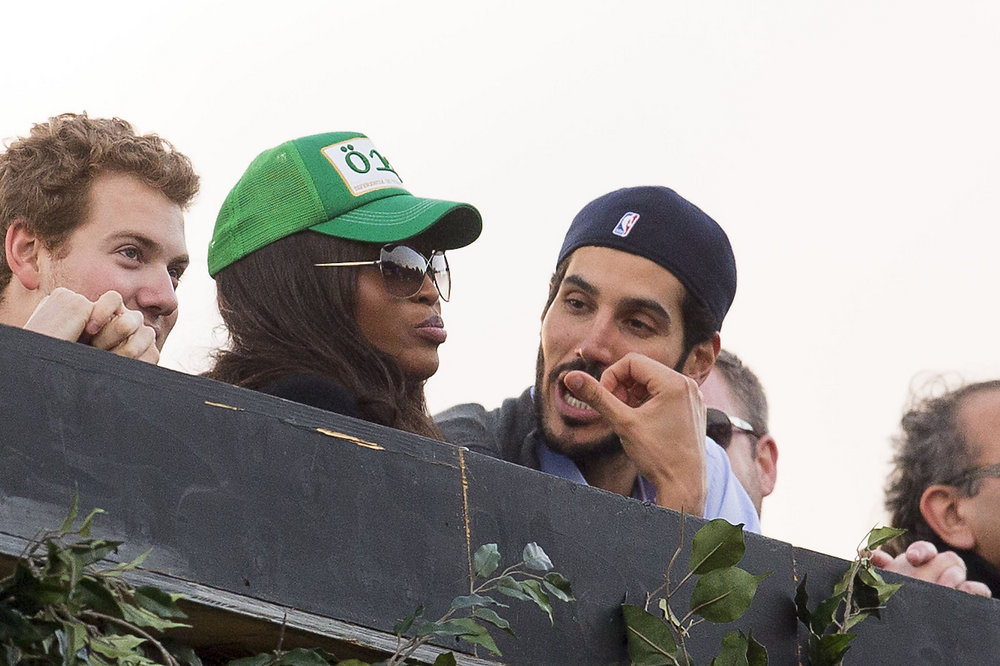 5. He has a previous link with supermodel Naomi Campbell.
Rihanna is not the first superstar Jameel has been romantically linked with. The Saudi and Naomi Campbell were spotted together, looking fairly besotted, in London last July. However, it’s unclear whether they were actually dating when they were seen together watching a Stevie Wonder concert, which was part of the British Summer Time Hyde Park musical festival.

The supermodel and “Umbrella” songstress were previously friends, but have drifted apart. The pair even triggered some drama when they famously and mysteriously unfollowed each other on Instagram last year, an act that is seen to be the ultimate bridge-burner in the celebrity world. And RiRi’s fans have been openly wondering if Jameel was the root cause behind the rift.