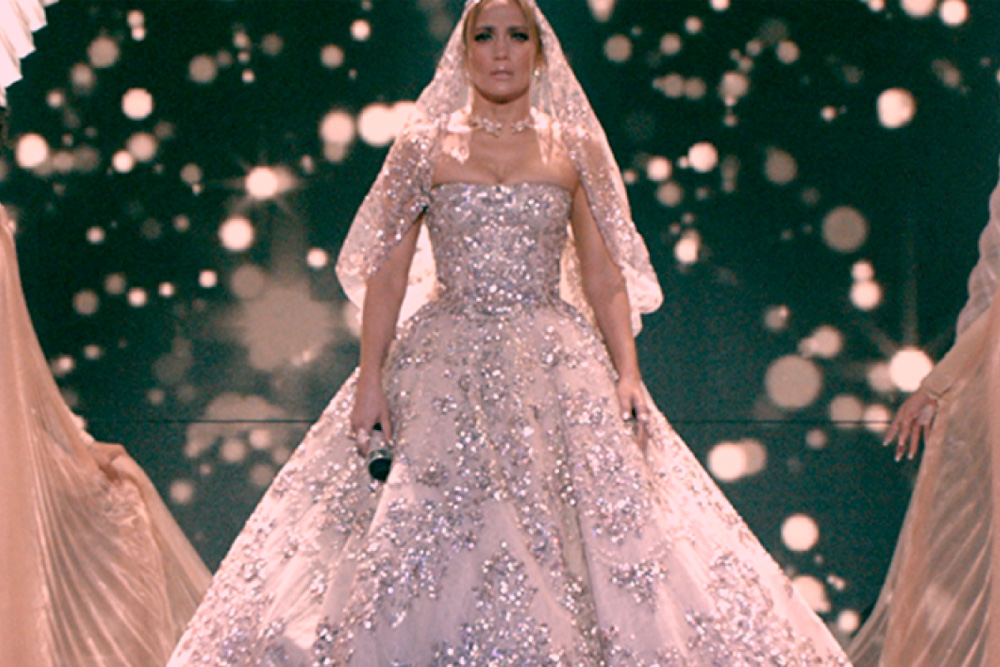 Jennifer Lopez just shared a snippet of her forthcoming film, entitled “Marry Me,” on social media and we cannot wait for its release. She also shared a “Save The Date” memo for fans and it seems we’ll be transported to a time when rom-coms were all the rage and some of the most wholesome films. The upcoming movie stars the likes of Owen Wilson, Maluma – the Colombian singer who is also set to feature on JLo’s upcoming album, and Sarah Silverman.

The all-star cast star in the film which is based on a novel by Bing Crosby, and has been noted as a “modern love story about fame, marriage and social media.” In the movie, Jennifer Lopez plays a bride to be who is set to marry a music star in a worldwide wedding ceremony, when she finds out he has been unfaithful to her. Upon discovering the news, she is devastated until she spots Owen Wilson’s character and decides to marry him instead.

It seems that Lopez’s new music will be the soundtrack to the film, as she told Jimmy Fallon on the Tonight Show in early 2020, “I did an album with this movie, so there are all new songs, new music with it, so it’s exciting. I have six to eight songs, and Maluma does two or three.”

The film will be released by Universal Pictures on February 12th 2021, just in time for Valentine’s Day!

Aside from acting, music, and modelling, JLo hinted at a new venture last month which she shared on Instagram, JLo Beauty. She had posted a few stunning selfies but was a little vague about what was to come other than the caption “Sunset glow...#JLoBeauty coming soon.”

In December 2019, it has been reported that Lopez filed for a trademark for “JLo Beauty” which is expected to offer up a range of makeup and beauty products. She had also said in an interview earlier this year that she would be launching a skincare line, but we were not too sure when that would be, but it seems its now on the horizon!