The Rihanna Lookalike Who Has Grabbed Her Attention

The music, fashion and beauty icon’s reaction to a newfound twin popping up on the Internet was epic…

Priscila Beatrice is the latest celebrity doppelgänger taking the Internet by storm. And the TikToker with an uncanny resemblance to Rihanna even managed to grab the attention of her famous lookalike. After seeing a viral video of Priscila impersonating her, the pop superstar made a masterful move and used the opportunity to troll her fans, who can’t stop asking when she’s going to drop her ninth studio album.

Beatrice posted a TikTok video imitating RiRi’s exact look at the British Fashion Awards in 2019, when the star won her first fashion award. After the clip starts with Beatrice’s back towards the camera as Dej Loaf’s "Back Up" plays in the background, she reveals herself sporting the same make-up and braids the nine-time Grammy winner rocked at the event. She is even seen nailing the “Work” singer’s signature pose and smile.

The Shade Room caught wind of the video and reposted it on Instagram, leading to a flood of comments on the social media site. People were either trying to get their heads around the similarities between Beatrice and Rihanna or wondering if Rihanna was playing an elaborate joke. What’s more, the mind-blowing clip soon caught the Fenty mogul’s attention.

"Where the album sis?” Rihanna, commented while pretending that Beatrice is her. She also used the #R9 hashtag, a reference to her upcoming album.

Naturally, Beatrice was over the moon after Rihanna’s interaction. Taking to Instagram, she shared her elation, writing,“Do you know what I’m feeling right now??? I can’t stop crying with emotion !!!! Of happiness!!!! It is a dream!!!” God is so wonderful!!!!” Plus, she has posted other photos and videos proving how much she looks like Rihanna. The 28-year-old has also updated her TikTok profile with, "I was noticed by RIHANNA and I'm freaking out" in Portuguese. 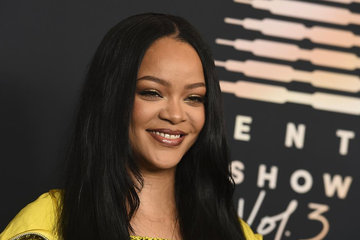 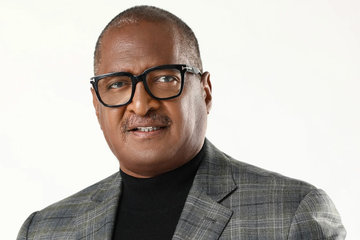