Saudi Arabia hopes to issue around 100 million tourist visas by 2030. 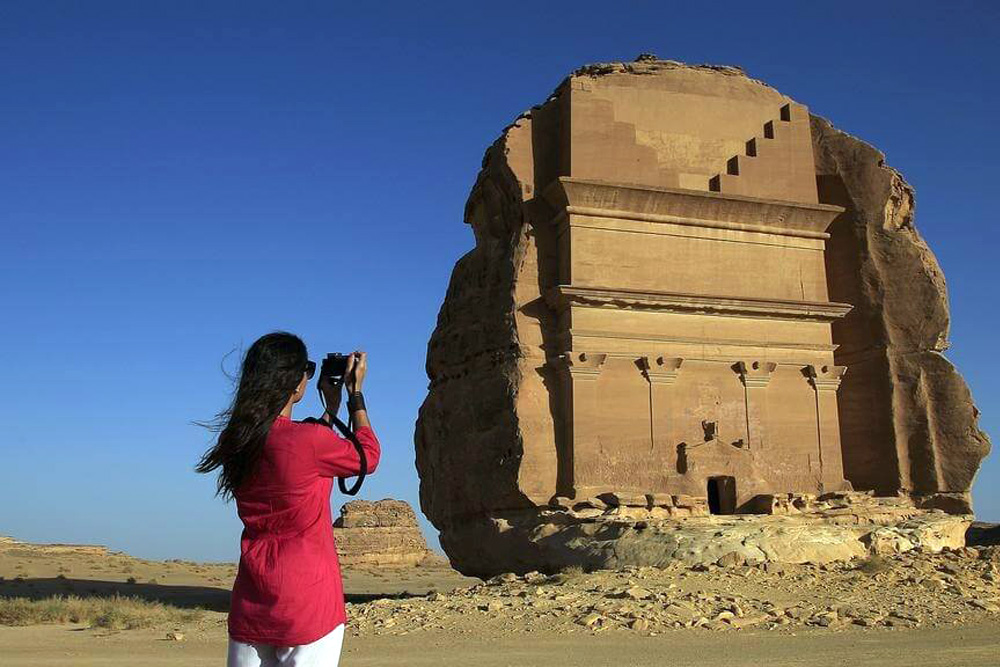 Saudi Arabia opened up its borders to tourists back in September 2019 and has since then welcomed over 400,000 tourists to the Kingdom. Congrats on this record! In line with the Crown Prince’s Vision 2030, Saudi Arabia still is aiming high as the country hopes to issue around 100 million tourist visas by 2030.

Ahmed Al-Khateeb, chairman of the Saudi Commission for Tourism and National Heritage, shared his take on what the country needs to boost the number of tourists heading to the Kingdom: “The big challenge we have, is that the infrastructure isn’t there. The Kingdom is very rich in this sector - it has natural treasures that need strong investments.”

Saudi Arabia issued 400,000 tourist visas since the launch of its new tourist visa, according to the chairman of the board of directors of the Saudi Commission for Tourism and National Heritage.

"The Kingdom hosts the best beaches and around 10,000 historical sites,” he said. pic.twitter.com/m5wMLTg00v

Prior to September last year, Saudi Arabia was complex to enter as a tourist, unless you were a national, travelling for religious reasons, or on business. The Kingdom hadn’t been on any tourism map for decades, and now that it is, it may take some time before the world witnesses Saudi Arabia offers in culture, entertainment, and luxury.

Continuing to build on its tourism industry, the focus in the Kingdom is to build holiday resorts, hotels, entertainment facilities and attractions and chartering more flights in and out of the country on an international scale.

From rejuvenating historical sites like Al Ula, hosting major concerts and festivals where people can enjoy performances by international artists, to the construction of a luxury resort along the Kingdom’s Red Sea coast, Saudi Arabia is covering all the bases for people to come and enjoy a perfect holiday. When are you visiting?