The diva, who has championed designers like Elie Saab and Rabih Kayrouz in the past, continues her love affair with the region’s fashion marvels. 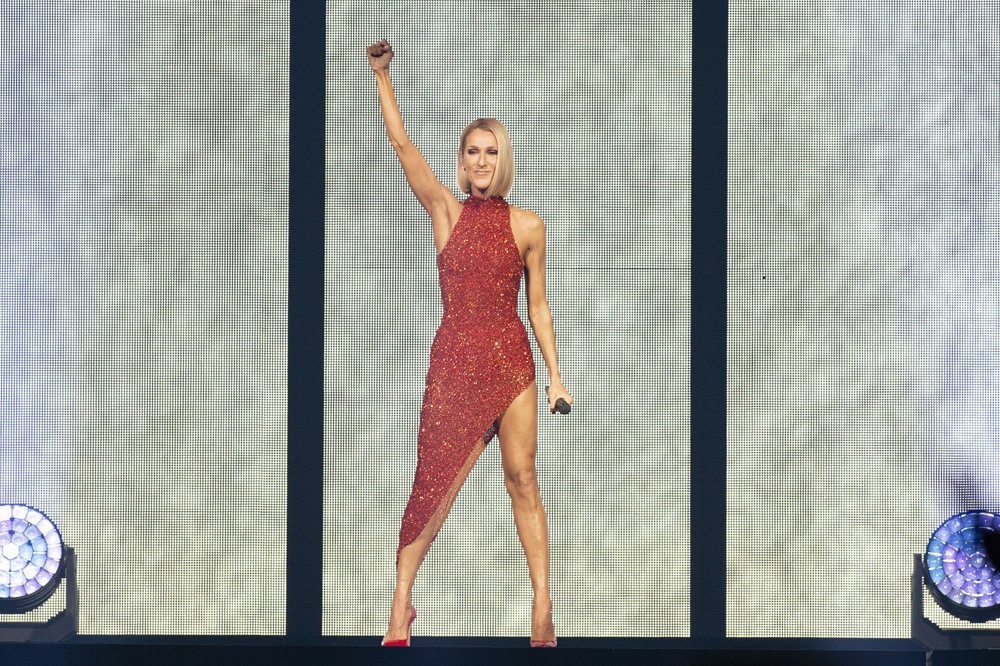 Céline Dion has embarked on her Courage world tour, and the Canadian songbird chose to kick things off in a creation by Yousef El Jasmi. During the opening night in Quebec, the singing sensation, who has become an unexpected style icon over the last couple of years, looked amazing in a sparkling red gown by the Kuwaiti designer.

The tight, sequinned halterneck gown featured a thigh-high slit, helping to show off the 51-year-old’s fabulous shape. While setting the tour in motion, Dion, who has released three new songs, Imperfections, Lying Down and Courage, paired the gown with red stilettos. She also debuted a sleek, long bob.

El Jasmi is also behind the creation Dion wears on the cover of her first English album release in six years, which could be described as her most eye-catching cover yet. The pop diva, who is set to perform in Beirut, is seen in a glittery red head-turning gown similar to the one she wore on stage, except it comes with a vest-style top. Wearing it with one of the straps sliding off her shoulder, she poses with a fire burning behind her, which adds to the intensity.

The Khaleeji designer, who has made bold, sequined body-flattering gowns his signature style, has become a hot favourite with A-listers. Some of the stars who have recently worn his pieces include Lady Gaga and Haifa Wehbe, who stood out in black and white versions of Dion’s vest-style dress. Nicole Scherzinger has been spotted in a yellow take of Dion’s halterneck gown.

Plus, during a Milan Fashion Week gala, top model Jasmine Sanders wore a violet dress by the designer, who also has wedding dresses in his collection. And Sofia Richie rocked one of El Jasmi’s cocktail looks, a pink (definitely sequined) catsuit, for her 21st birthday bash.