To celebrate with one of today’s most successful models, we’ve picked out some of her most epic off-the-runway style moments this past year. 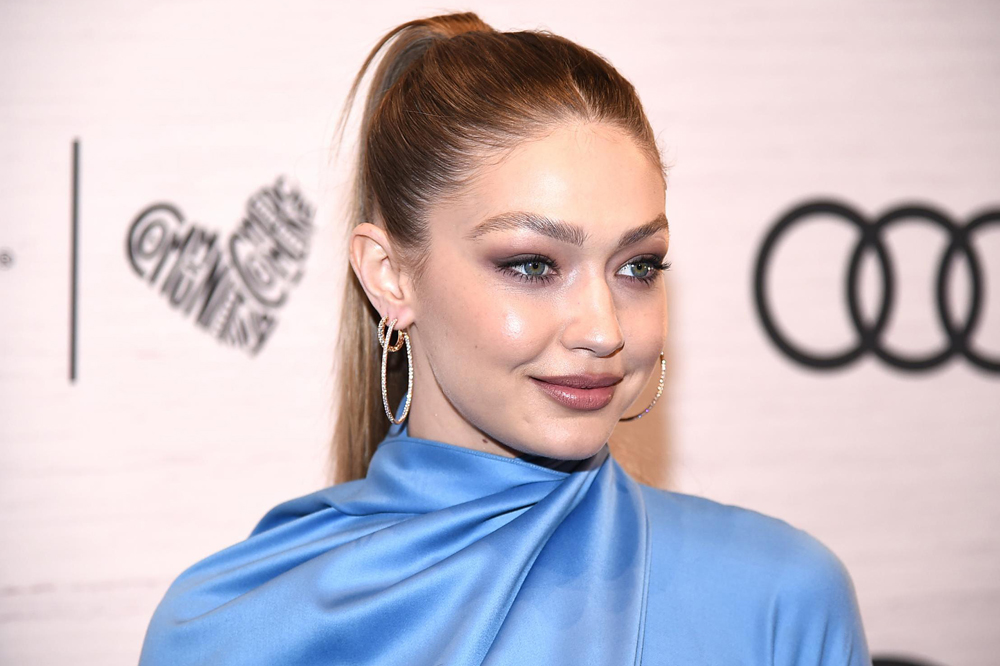 Gigi Hadid, who turns 24, celebrated with a star-studded party in New York Monday night. The superstar model’s younger sister, Bella, and other family members including her parents and half-sister Alana Hadid were by her side while she revelled at Manhattan’s L’Avenue restaurant. Celebrities, including other big names in the modelling world, like Taylor Swift, Martha Hunt, Helena Christensen, Olivia Culpo and Ashley Graham attended the denim-themed extravaganza too.

There are certainly many reasons for Hadid, who looked like a real jean babe, to celebrate. Since she first signed with IMG models in 2013, the Palestinian-American beauty, who used to compete in horseback riding and volleyball, has become one of highest-paid supermodels in the world. According to “Forbes,” Hadid made $9.5 million in 2018, placing her in the fifth spot. Hadid, who has been used to the camera since she was a toddler, made her big break after appearing in New York Fashion Week and was chosen by French fashion editor Carine Roitfeld for “CR Fashion Book” in 2014. And after the sizzler with blue eyes and dirty blonde tresses walked the Victoria’s Secret fashion show, the epitome of many models' dream, at the end of 2015, she became a coveted Angel the following year, when she was also named International Model of the Year during the British Fashion Awards. Some of her other notable runway shows include Versace, Chanel, Fendi, Balmain and Marc Jacobs.

Hadid has also climbed the ranks on the magazine cover front. In June 2018, the 1.79-metre glamazon landed her 35th “Vogue” cover in only three years. And it doesn’t come as a surprise that she was named top cover model last year too. In addition to scoring 11 major worldwide fashion covers in 2018, Hadid landed the most ad campaigns for the spring season, appearing for brands like Versace and Stuart Weitzman.

As well her success on the ramp and in front of the camera, Hadid has been involved in some winning partnerships. She has launched make-up products in collaboration with Maybelline and a clothing line with Tommy Hilfiger. And another reason for Hadid to celebrate life is her group of good friends, which includes Kendall Jenner. Plus, of course, she’s a social media darling, with 47.3 million Instagram followers, loved for her down-to-earth, honest, genuine and funny posts.

We’re used to seeing her in strikingly stylish outfits on the runway and in magazines, but Hadid is also known for her effortless fashion statements when she’s not posing up a storm for work. And to commemorate with one of the biggest fashion icons, we’ve picked out some  of her best looks this past year, whether she’s rocking a gown at a red carpet event or dishing out a serious street style goal moment. 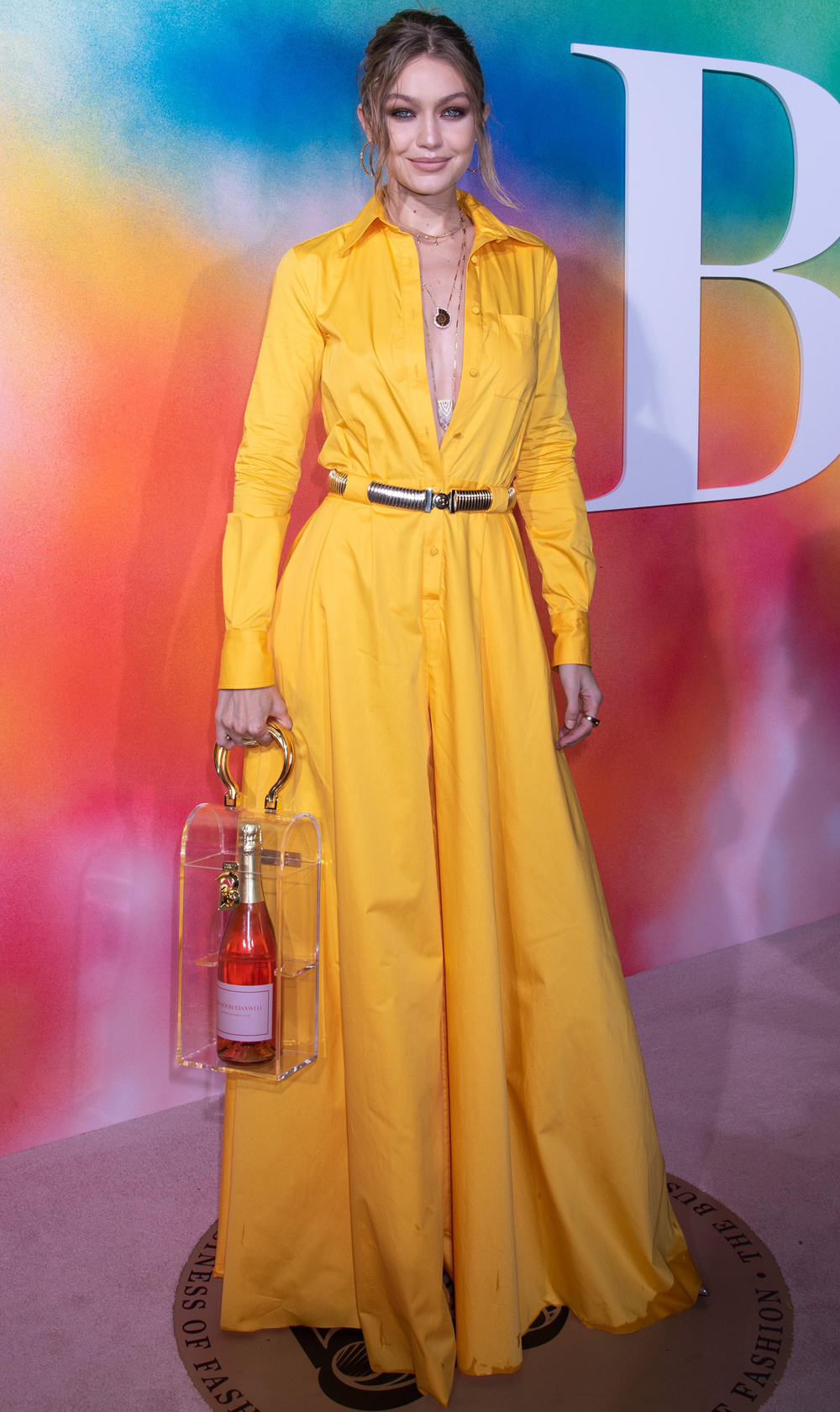 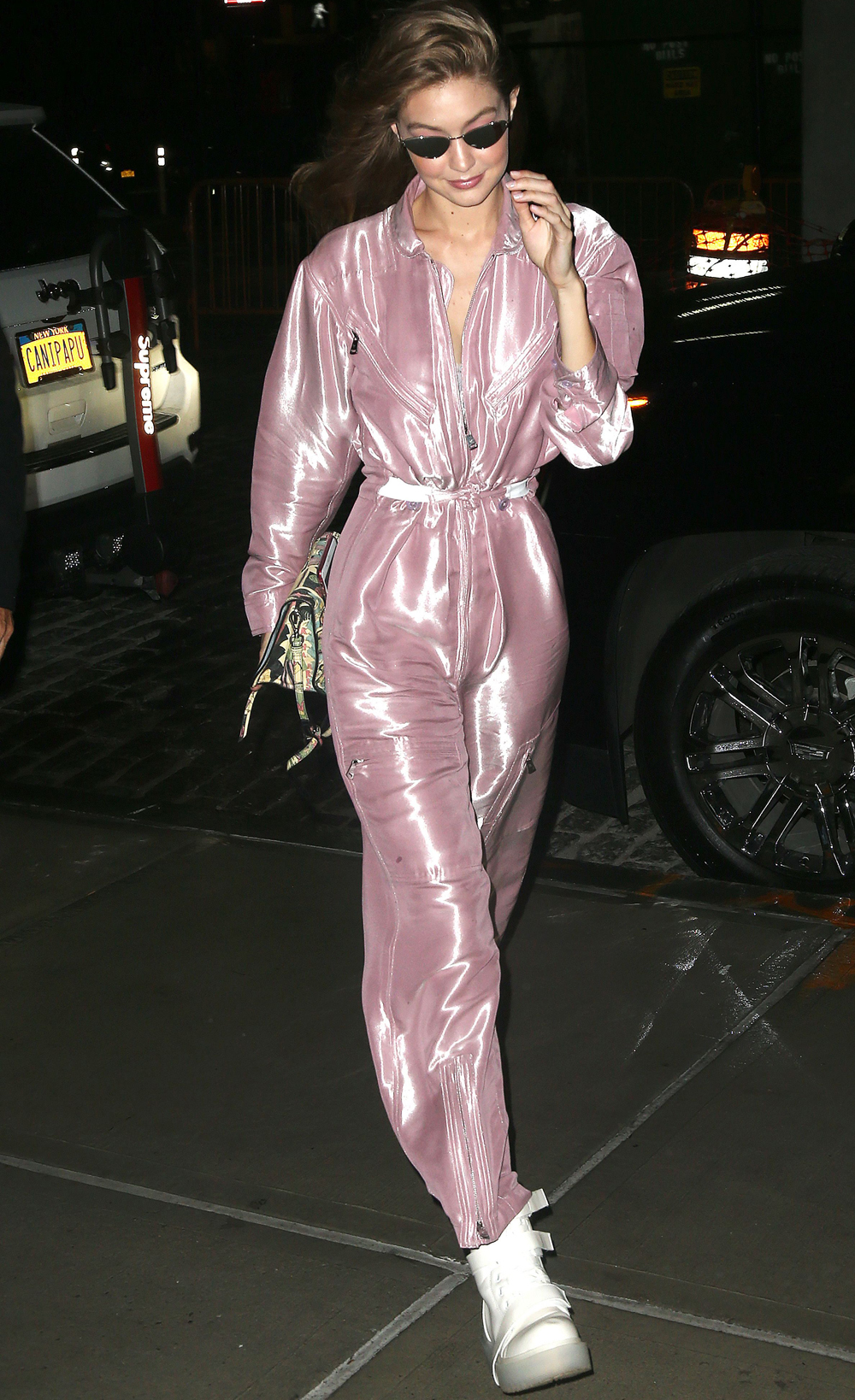 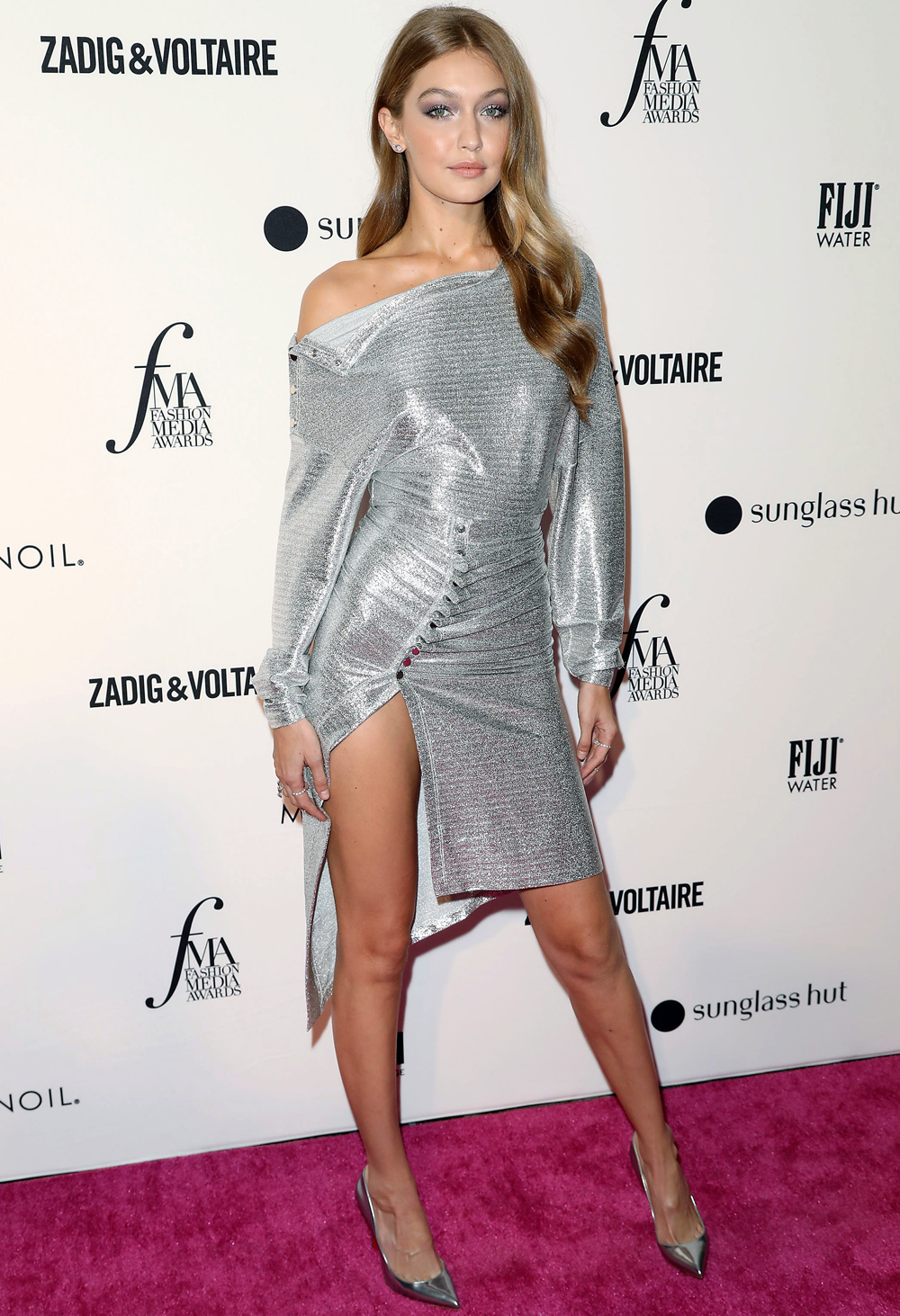 At the Launch of Nammos Village in Mykonos, Greece wearing Mugler 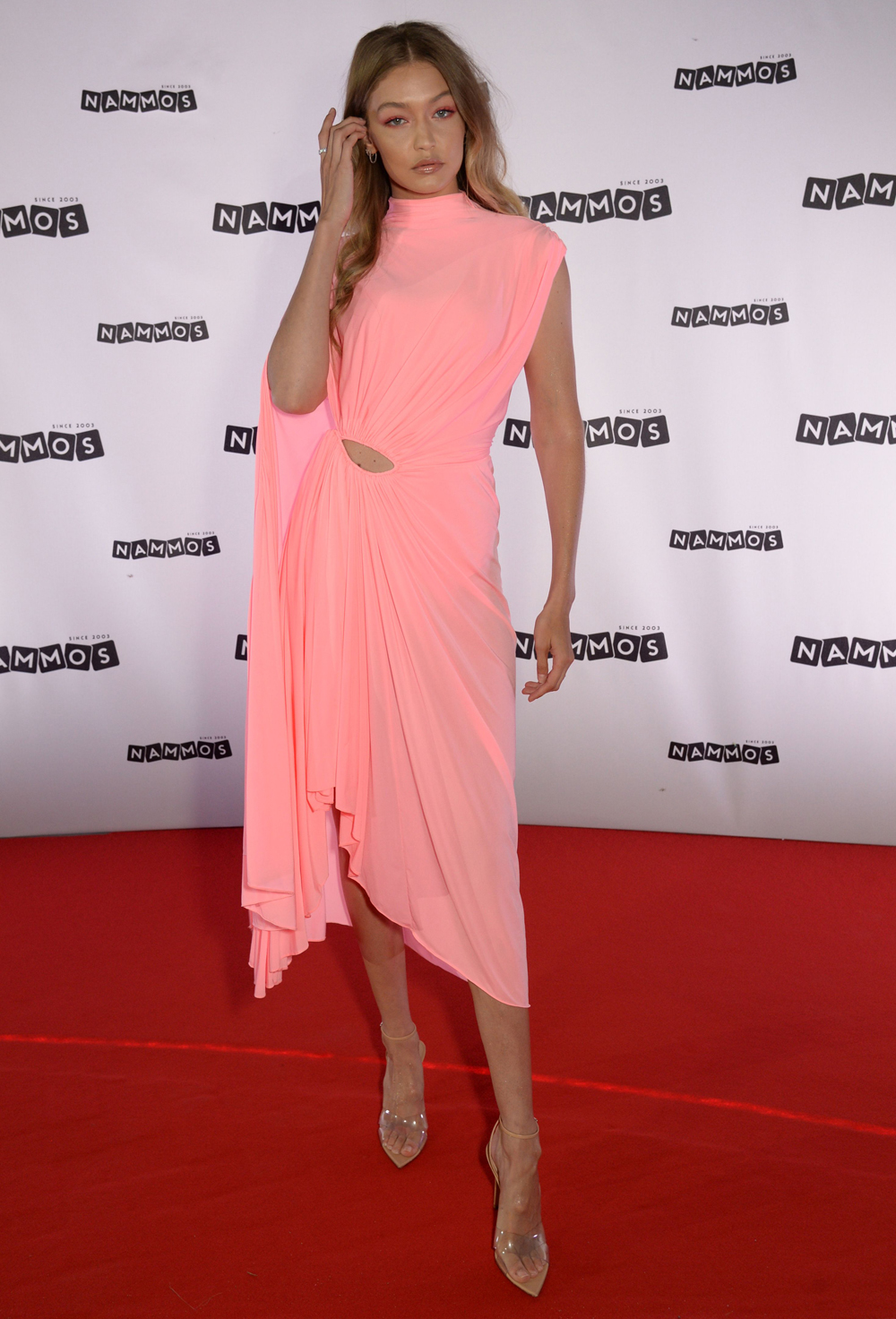 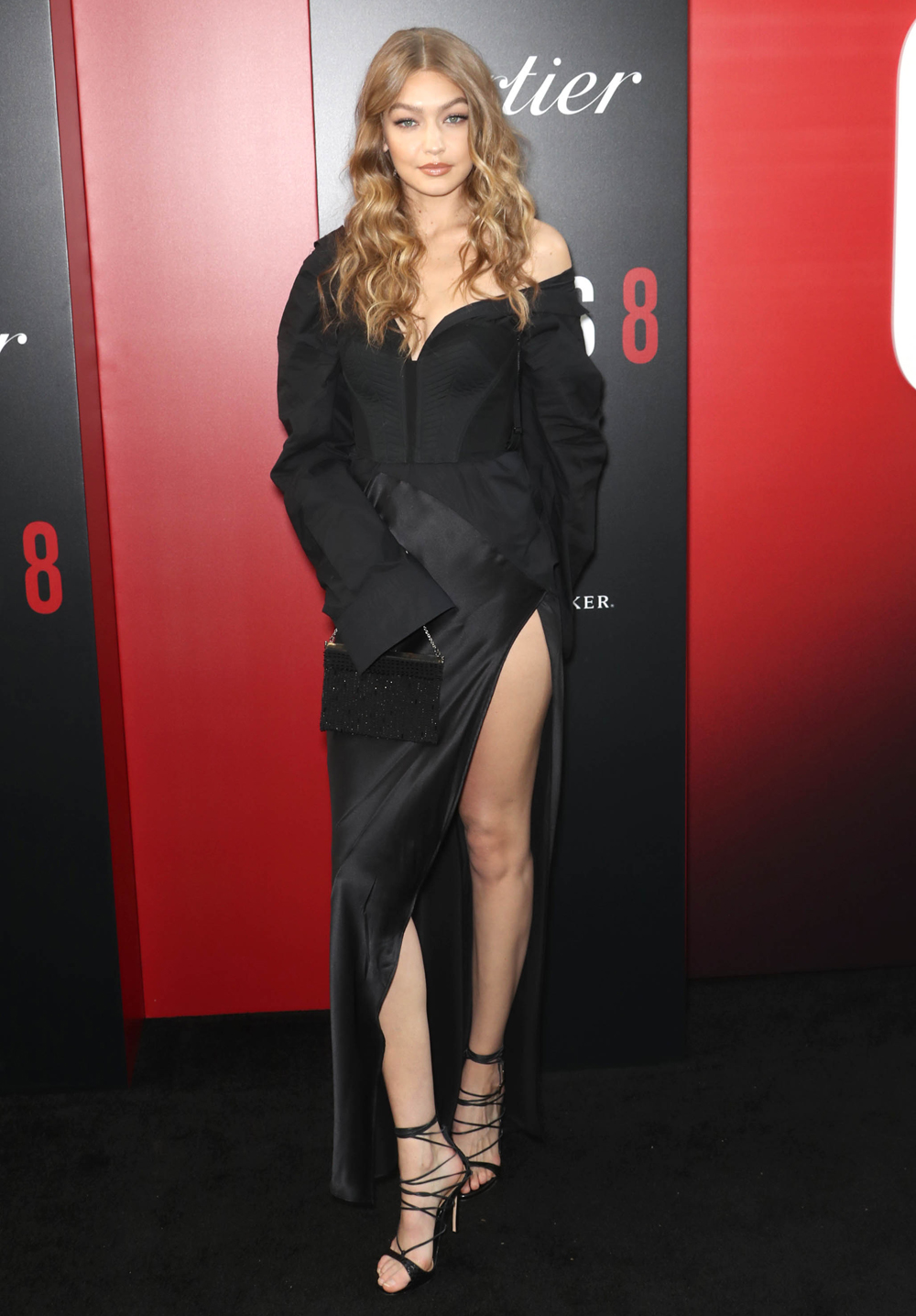 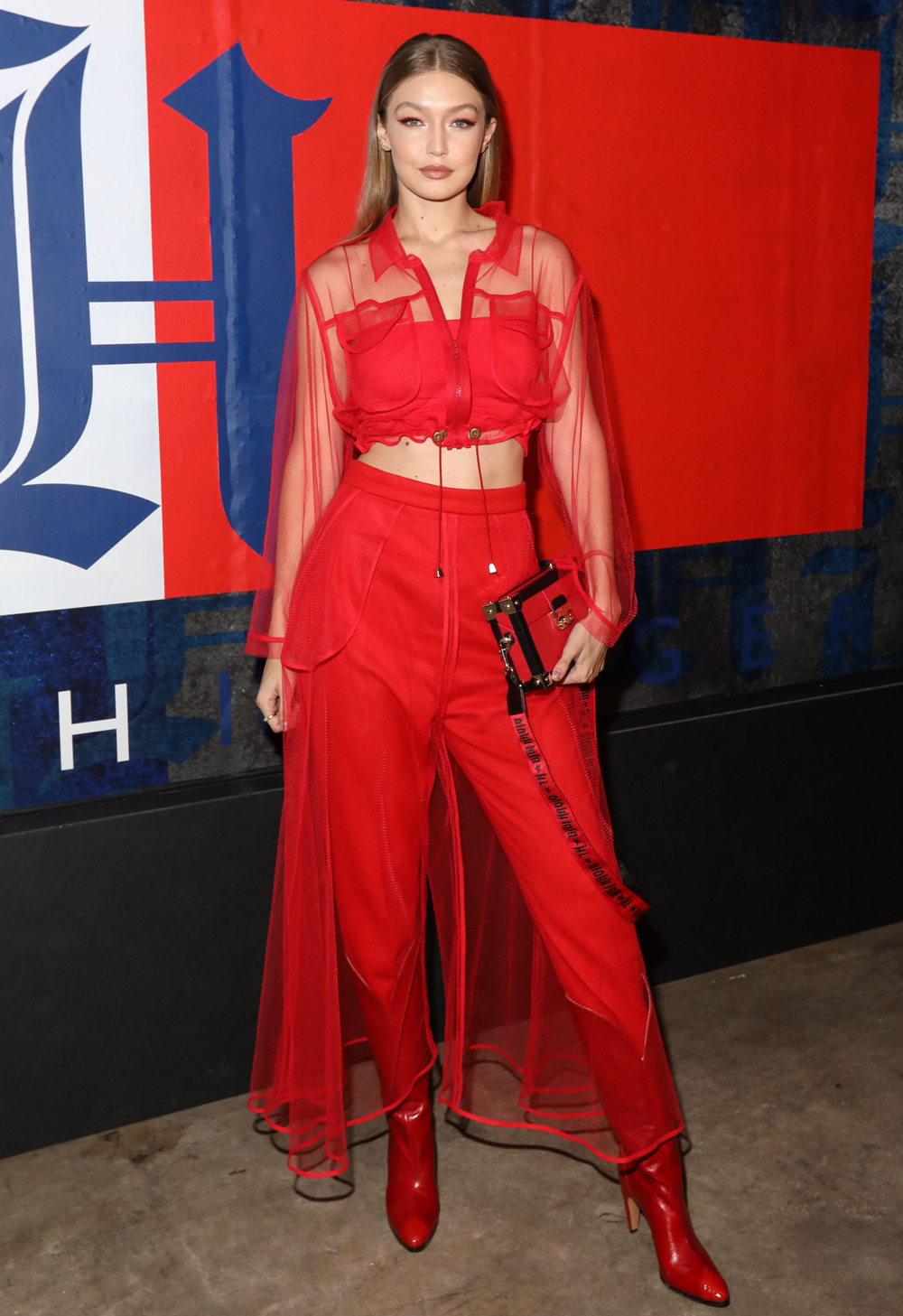 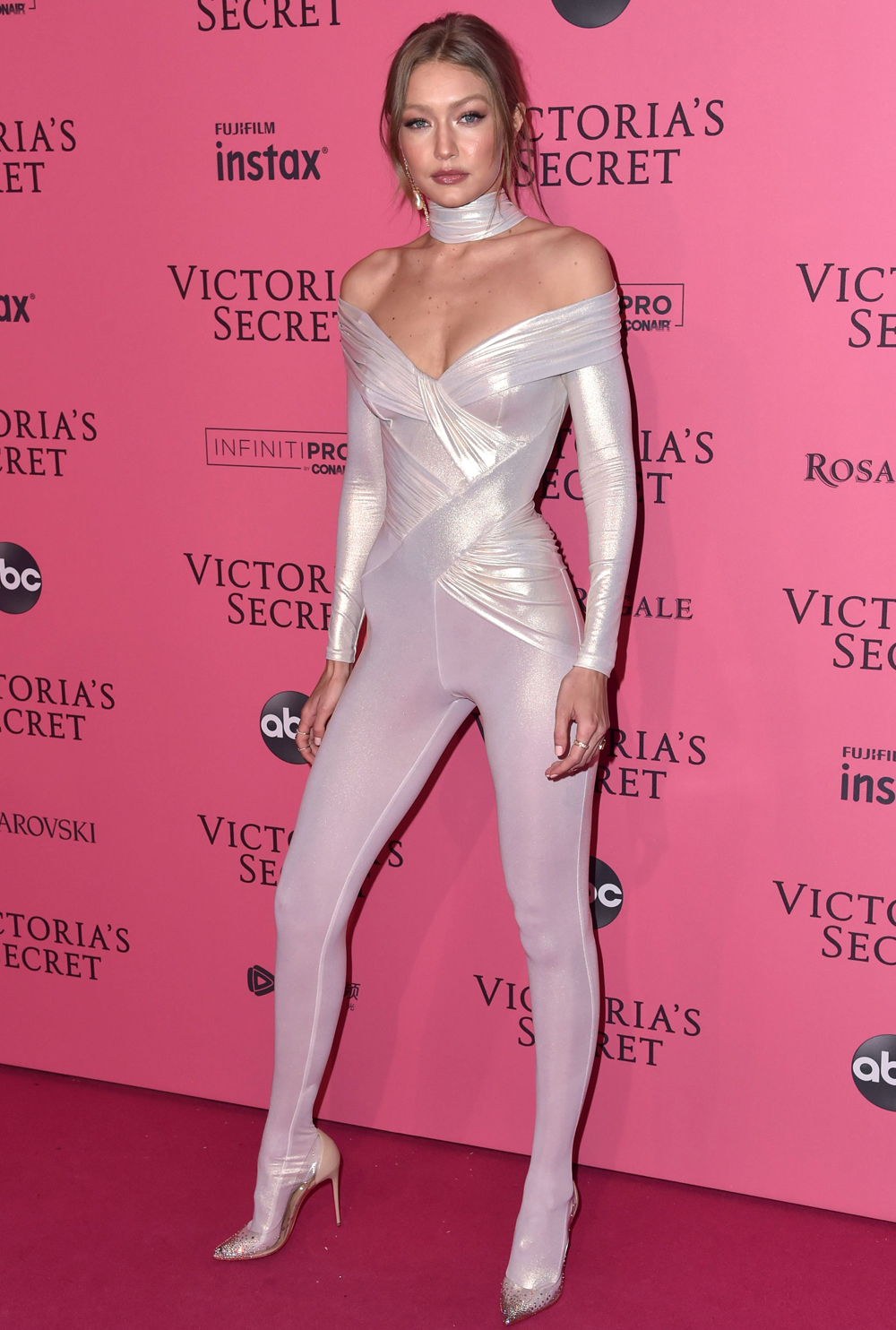 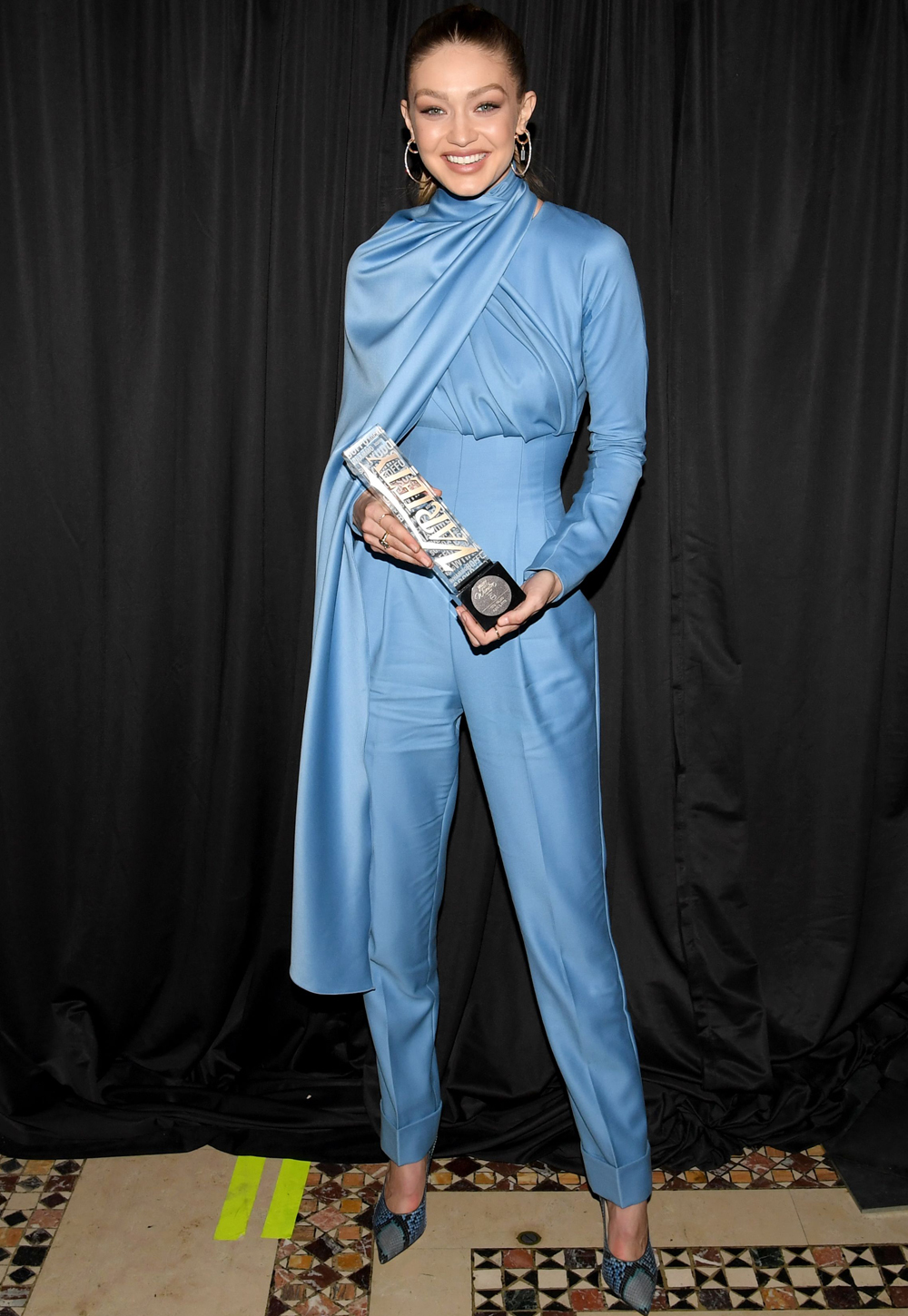 Out and about in New York wearing Ronald Van Der Kemp 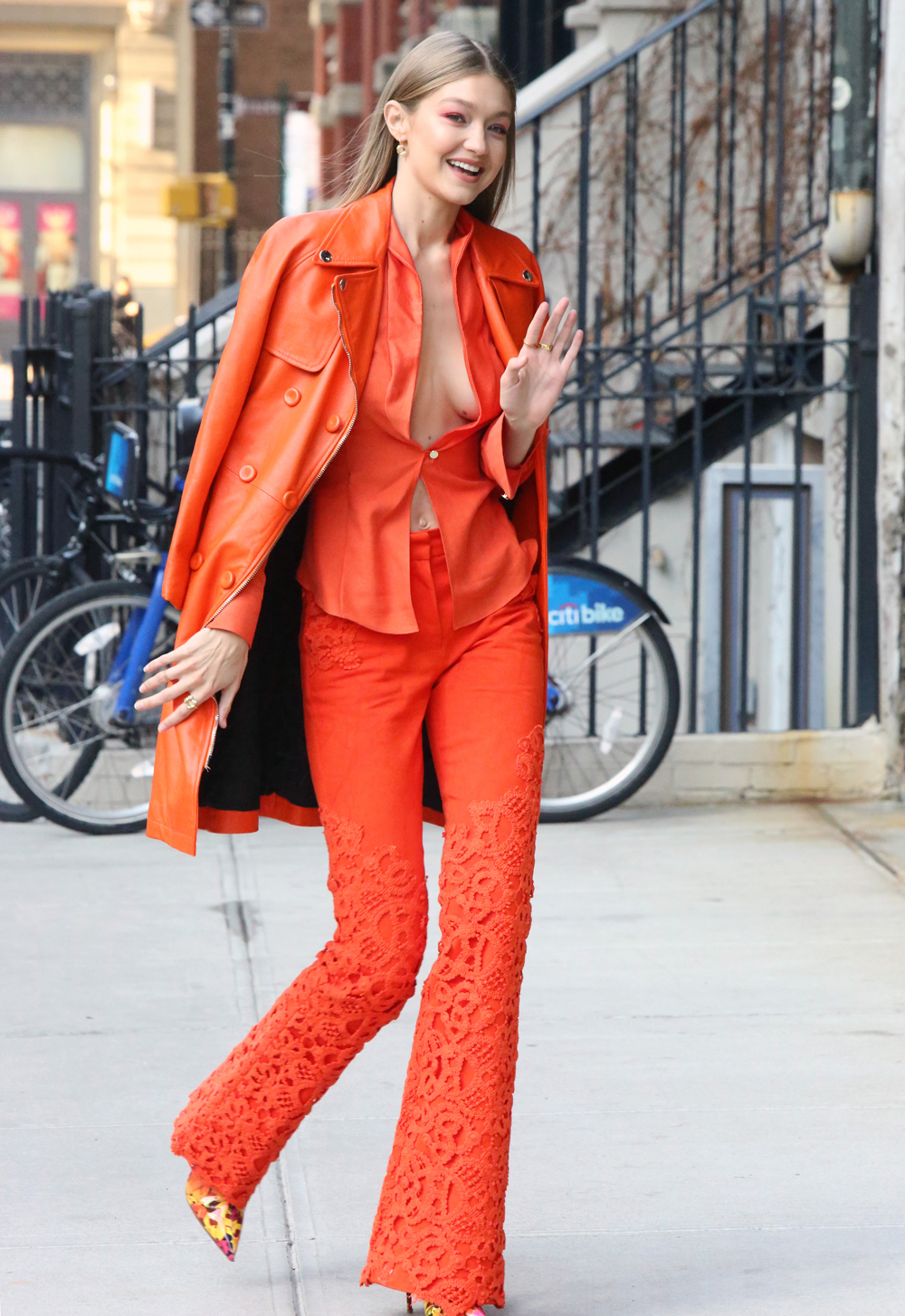 At a cocktail party in Paris wearing Prada 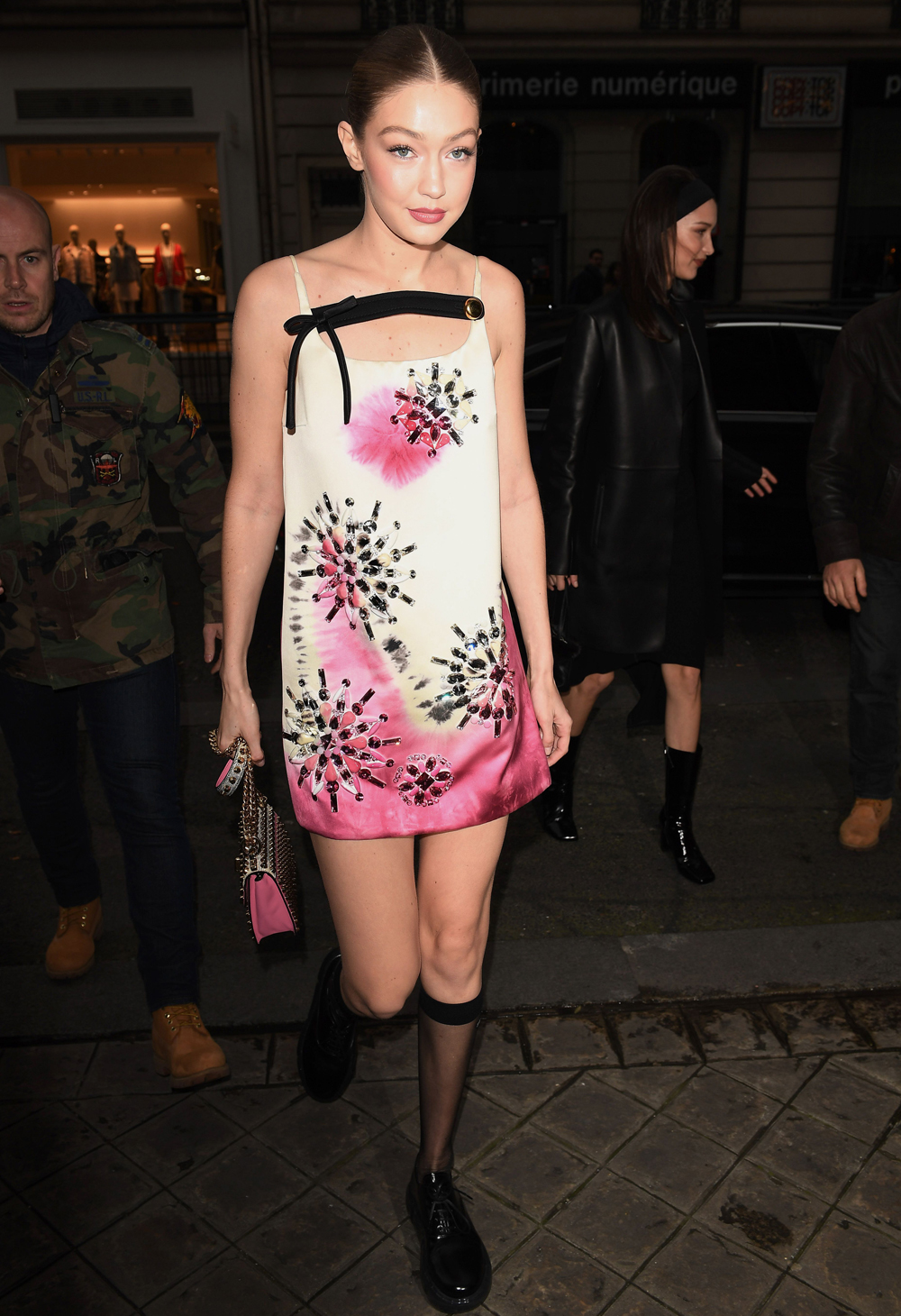