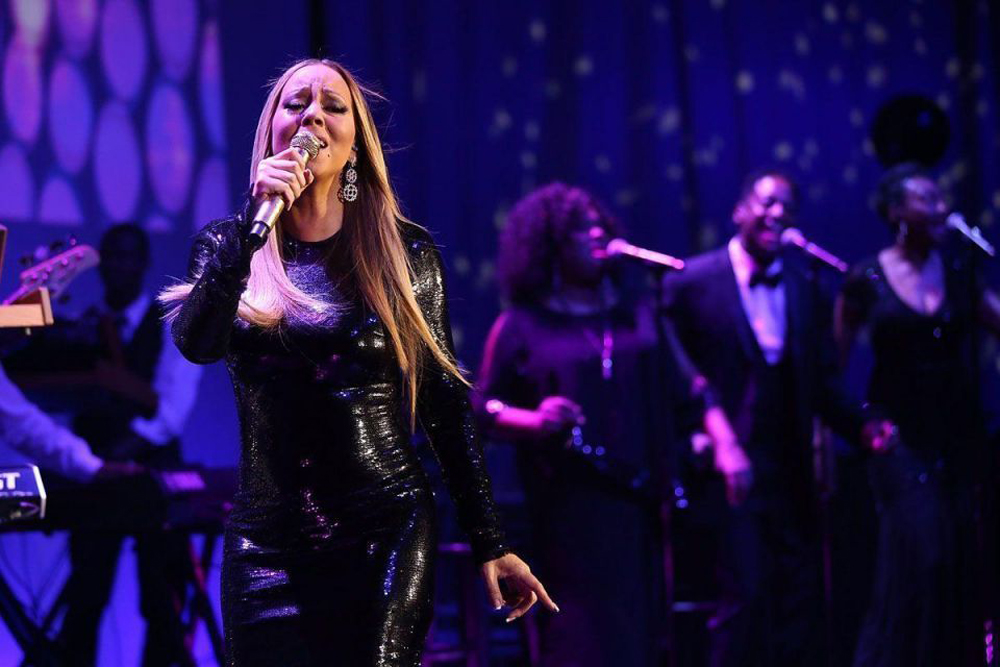 Mariah Carey was in concert yesterday at the Golf Tournament in King Abdulaziz Economic City in Saudi Arabia. As she worked that incredible voice all night, hearts were fluttering, dreams were coming true, and emotions were being poured onto social media. All the love that was being shown on Saudi twitter was truly amazing, have a look:

1. Saudi twitter was up in flames as the songbird took the stage:

2. She performed their favorite songs, and they were ecstatic:

3. Some were paying tribute to the legend with the sweetest words:

@MariahCarey slayed in Saudi Arabia today, I've heard nothing but positive feedback. She truly is a legend. Congrats to MC for being "the highest profile international artist to perform in the Kingdom since the easing of restrictions on entertainment. -@arabnews" pic.twitter.com/JBb1WIOnVU

4. While others were simply "shook":

It will be a huge thing for me in the start of 2019 to attend the concert of @MariahCarey in Saudi, so happy to see you perform live pic.twitter.com/HWEOB5NbkS

6. And the hardcore ones documented, every, single, song:

7. The concert was filled with special personal moments:

8. Of course, twitter users didn't forget to thank the kingdom for this huge event:

Kingdom have open their doors to the most famous singers on the world, starting from Ad Diriyah and now in Jeddah. People in Saudi Arabia are happy for these steps and asking for more of it, but tonight is special !!#MariahCareyInSaudiArabia good luck to her and to her fans

9. and thank Mimi herself!

It's really an amazing night, thank you @MariahCarey your performance is incredible #MariahCareyInSaudiArabia pic.twitter.com/v1fsIHGv0l

9. As she truly deliverd awe-inspiring notes all throughout:

10. Fans couldn't even believe what was happening:

Yes that’s true, we’re surprised and until now I can’t believe that #MariahCarey in Saudi Arabia . Many artists came to us but @MariahCarey is special#MariahCareyInSaudiArabia pic.twitter.com/ic1IdSOfso

11. As they expressed their gratitude to having her in the country:

What you did was brilliant, we are so lucky to have you in our country, we enjoyed it @MariahCarey #MariahCareyInSaudiArabia pic.twitter.com/w6YVWsoht5

12. To simply put it, dreams were fulfilled that night: