Get to really know the Lebanese actress and presenter... 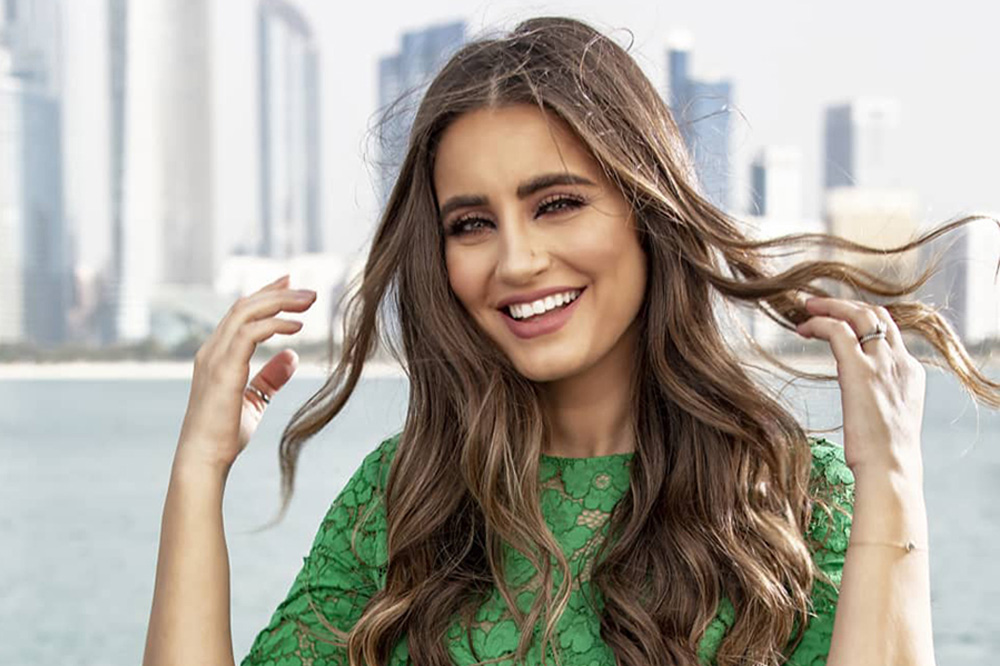 Lebanese Aimée Sayah has loved the camera ever since she was young. So it’s not surprising the beautiful and talented Dubai resident known for her finesse (and gorgeous hair) can now proudly boast a versatile career. As well as making a name as a successful TV presenter, most notably as the former host of MBC’s “The Voice” and “The Voice Kids,” she is known for her flexible acting skills.

Most recently, Sayah, who has a Major in Journalism along with a Minor in Theatre from the Lebanese American University, has played the role of Mantoura in "Thawret Al Falaheen" (Revolution of the Farmers), the high budget series set in the early 19th century Lebanon. The star, who loves fashion and travelling, is also known for playing an Armenian girl in the 2017 film “Zafafian,” while her earlier work includes the role of Jelnar in the Lebanese series “Wa Achrakat Al Chams.”

The 31-year-old, who has stole audience’s hearts with her poignant performances, answers our questions.

If you could choose one superpower, what would it be and why?
Flying, so I can avoid cats.

What is your biggest guilty pleasure?
I think that would have to be Paris.

One step at a time! Tap for details @najibhajjar

What’s your favourite season?
I love winter in summer and summer in winter.

Where would you retire?
I would choose the Côte d'Azur.

What’s a surprising fact about you that no one knows about?
I have OCD.

If you weren’t an actress/TV host, what would you be?
I would be a pediatrician or nutritionist.

What’s your secret talent?
I would have to say talking like babies.

What is your favourite book of all time?
I think you mean to say books….

How would you define beauty?
Beauty is in the eyes of the beholder.

What is the best beauty advice you have ever received?
The best advice I received was to stay natural.

What’s your best-kept secret?
Let's keep it a secret!

So how do you take care of your hair on a daily basis?
I avoid hairdryers and straighteners.

Name three things that you always carry in your purse and simply can’t live without.
I can’t go anywhere without my phone, mirror and sunglasses.

If you could choose anyone, whom would you have coffee with?
I would love to meet Malala.

What is the secret to lasting friendship?
I would say loyalty and understanding.

What is the one thing you know now that you wish you knew when you were younger?
I wish I knew that time flies.

What quote do you live by?
Everything happens for a reason.

What brings you the greatest joy?
My family does that.

What are you most grateful for?
I’m grateful for everything that made me who I am right now.