Saudi Arabia Welcomes Visitors to “The Edge of the World” 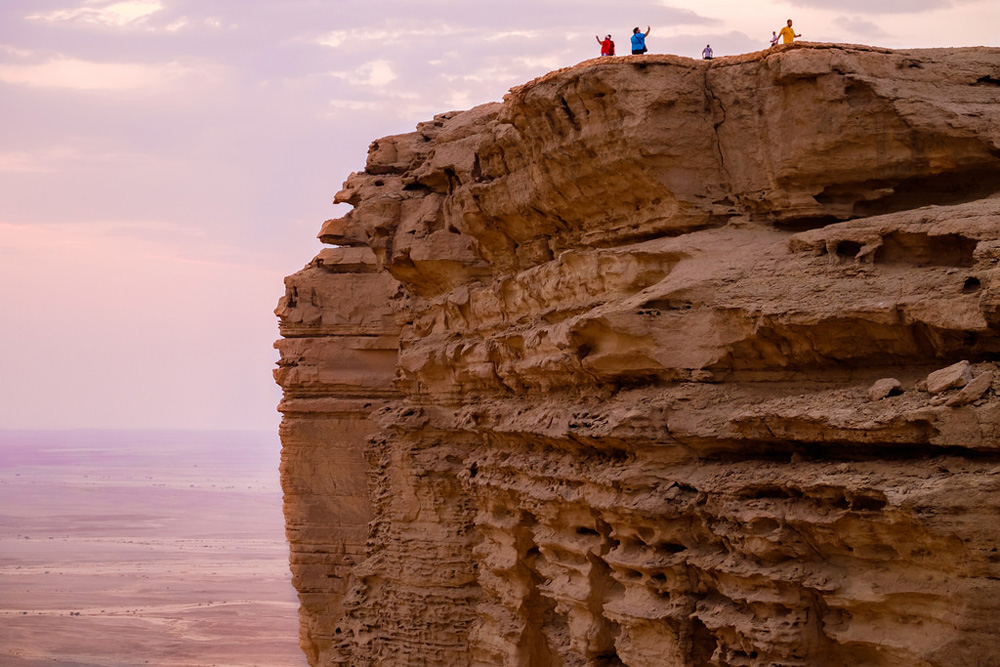 If you’re looking for a front row seat to stunning stretches of land and captivating silence in the middle of nature, there’s a relatively unknown spot just outside Saudi Arabia’s capital city of Riyadh you should check out known to locals as “The Edge of the World.” Tuwaiq, which is located about 95 kilometers outside the capital towards Sadous or about 1.5 hours’ drive from Riyadh, offers cliffs and rock formations that will bring smiles and excitement to the faces of rock climbers and hikers everywhere. 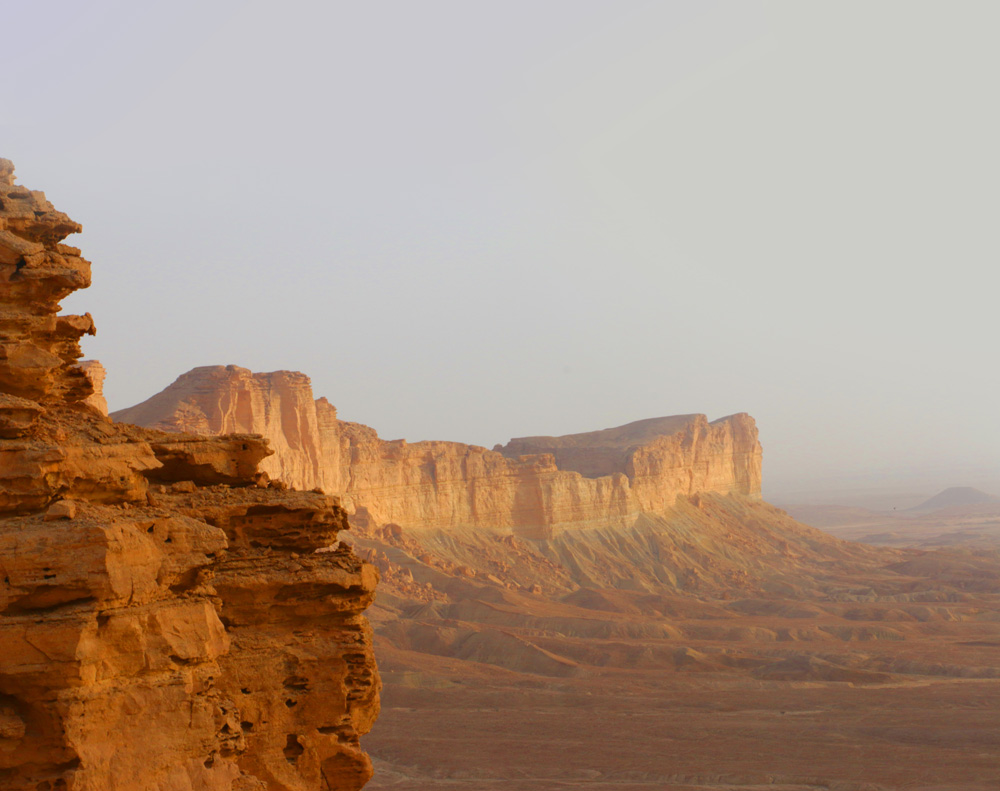 According to Arab News, several tour operators in Riyadh have now started offering trips to the area, making the location more accessible than ever. For the more adventurous amongst us, Tuwaiq is suitable to explore using all-terrain, 4x4 vehicles, and a heavy dose of caution. Gates at the site close at 6 PM but for those who would like to spend the night under the clear celestial sky, staying behind and setting up camp, enjoying the stunning sunset, and waking up with the desert wildlife is also an option.

Hikers have the choice of several trails, each offering varying levels of difficulty. Described as a “window framed by rock,” this magnificent location offers a colossal cliff from which you can enjoy panoramic views of the valley below, an impressive expanse dotted with acacia trees and other vegetation, as well as fossilized coral and raw mineral deposits in certain areas. 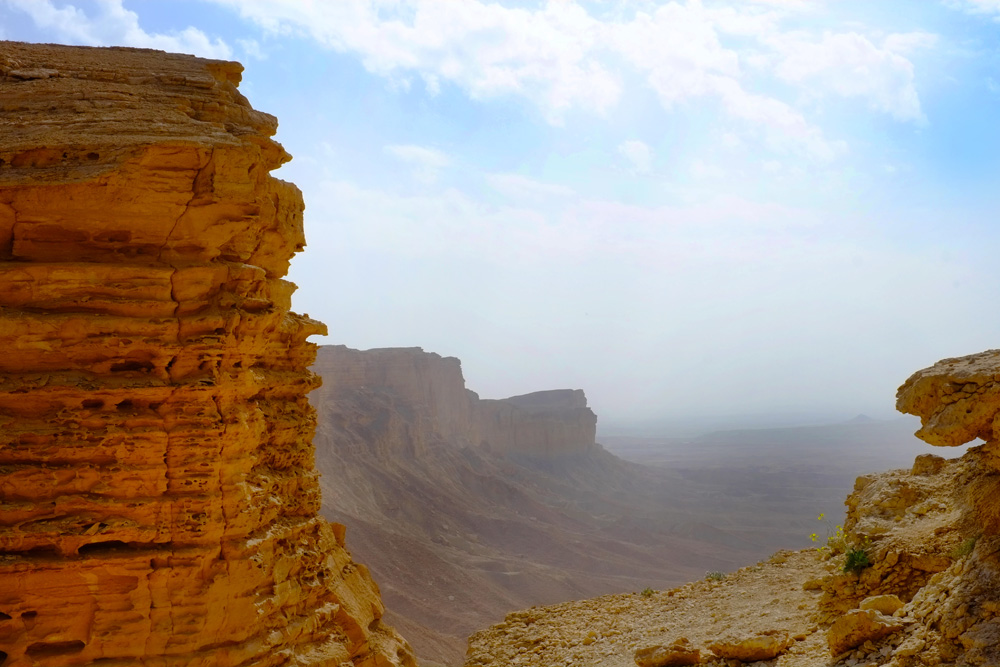 The distinct terrain of Tuwaiq is the result of tectonic movement of the Arabian plates towards the northeast. This narrow escarpment cuts through the plateau of Nejd, running some 800 kilometers from the Southern border of Al Qasim in the north of the Kingdom to the northern edge of the Rub' al Khali desert – also known as the Empty Quarter – in the south. 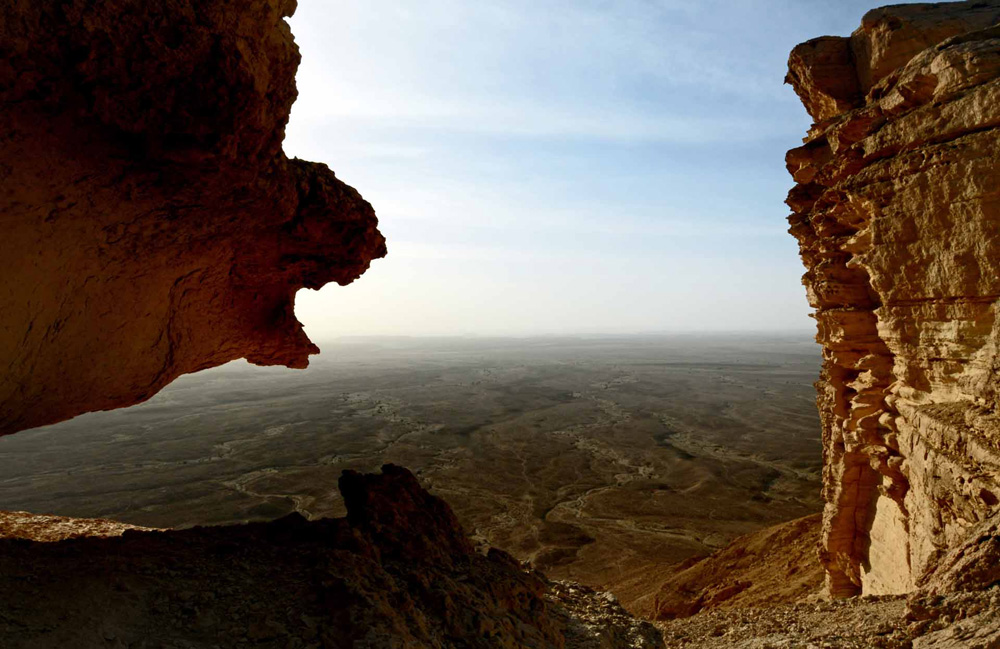 Tuwaiq is already drawing in a lot of visitors, as several tour companies offer convenient daylong excursions. The authorities have now built a hardtop that leads to the gates of the sites and plans are underway to develop a protection strategy for the area and its natural treasures.