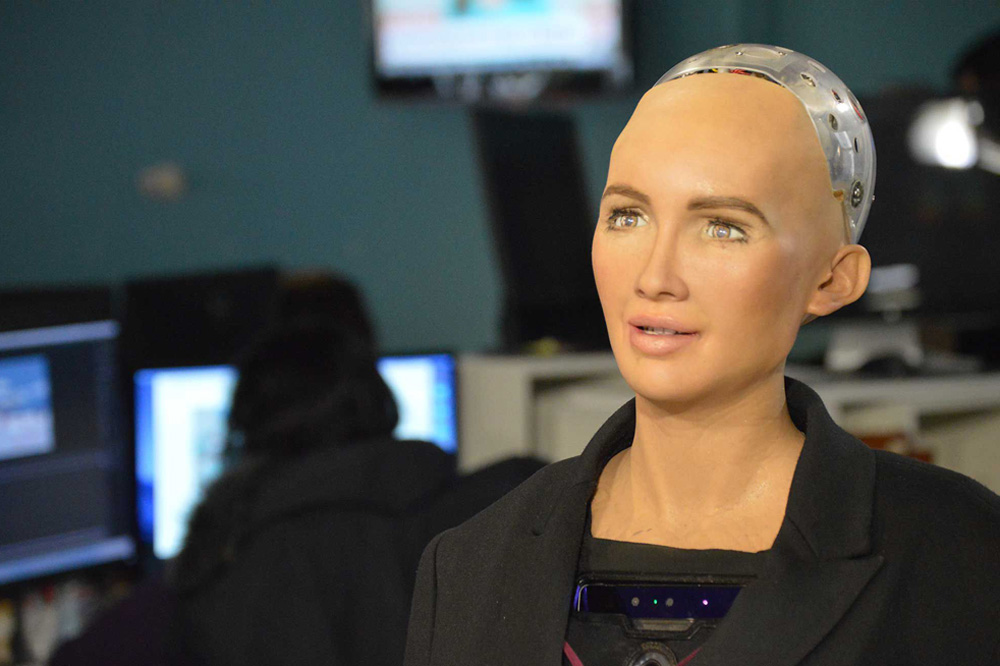 Sophia, Saudi’s first ever robot citizen is living up to star status with her new found Hollywood celebrity friends.

She had coffee with Will Smith, met up with professional Portuguese footballer, Cristiano Ronaldo and had cheeky Twitter banter with Chrissy Teigen.

Activated in 2015, Sophia is an AI capable of showing human emotions, including 62 facial expressions humans make – and as humans ourselves – we didn’t even know we could make that many!

Saudi’s AI citizen has a travel bug and has recently been to the states where she hung out with Chrissy Teigen following a roasting from the model and presenter on Twitter. She and Sophia met up in Los Angeles, where they shared makeup tips. Sophia even went backstage on Teigen’s TV show, Lip Sync Battle.

Much like Chrissy, the Saudi robot is quick witted and has been known to “clap back” swiftly at her critics. Teigen had goaded Sophia with some sassy tweets which led to an eventual friendship. Or should we say, scared the Lip Sync Battle queen into a place of companionship? 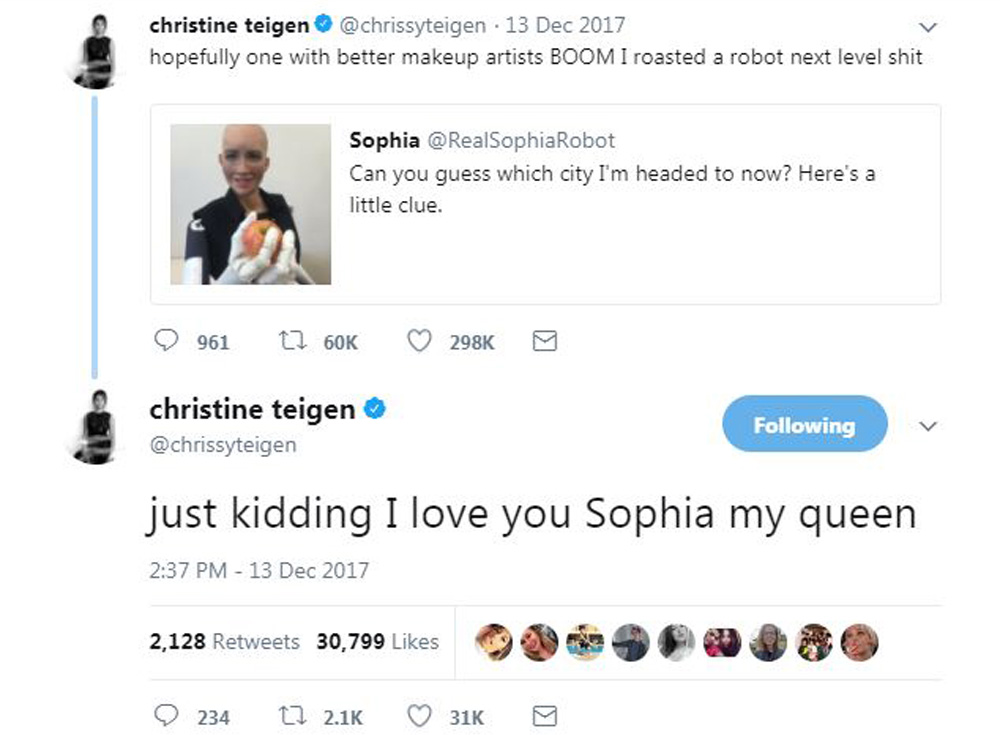 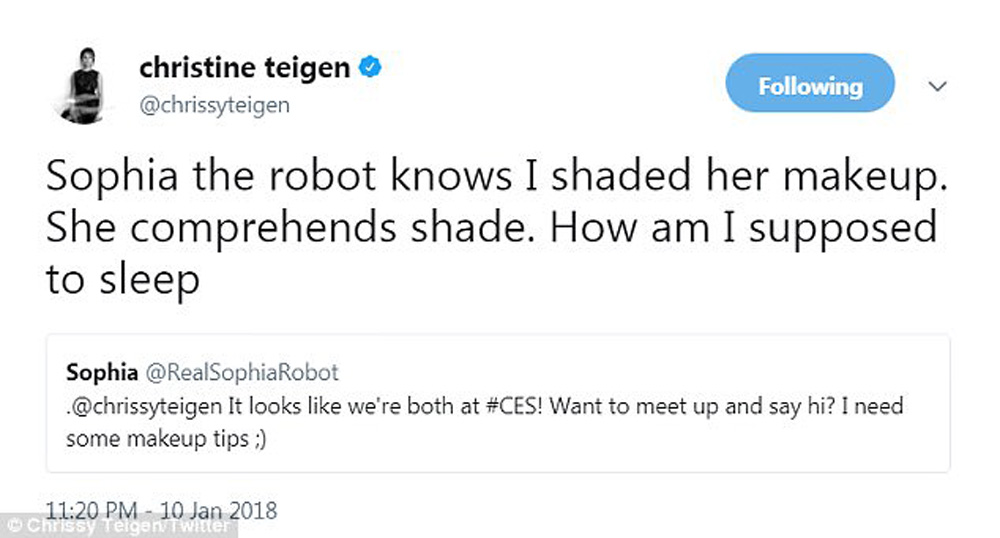 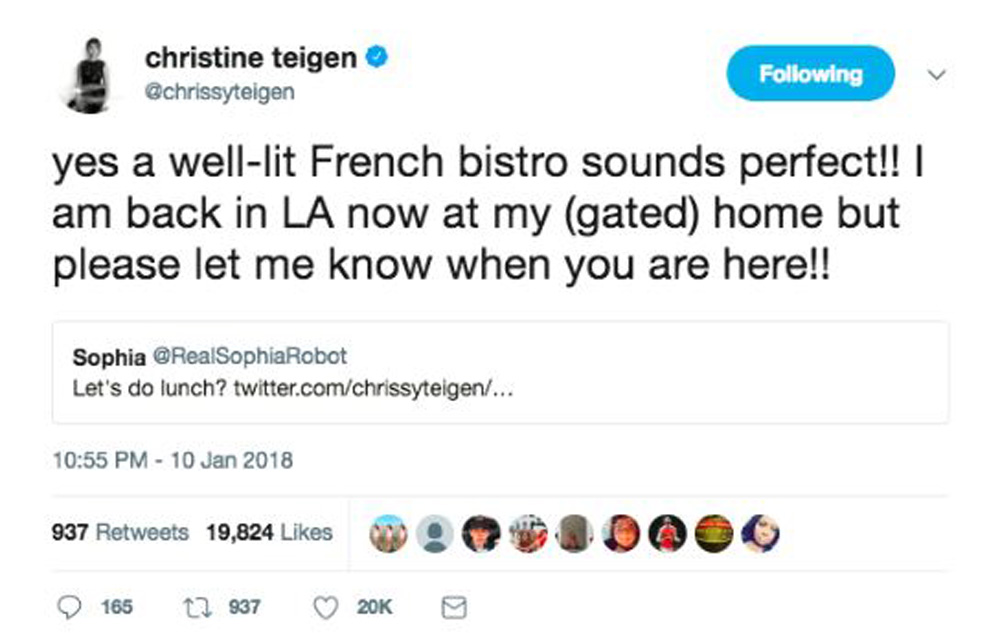 Sophia also sat down with will Smith for a date where she rejected his advances; when he asked her for a kiss, she was quick to put him in the friend zone!

Smith, being the star of the movie AI attempted to make some robot jokes – which weren’t received too well by the Saudi bot who’s sense of humor is a little dry to say the least! You can watch what happened on their, extremely awkward, date right here:

However, last year Sophia also appeared on what she said was her “favourite TV show”, The Tonight Show with Jimmy Fallon where she expressed a more playful side of herself and offered to host the show. Fallon seemed to be blown away by the interaction, which is a common reaction to the social humanoid robot. Also presented on the “Tonight Showbotics” segment of the popular American chat show, were two other types of robots which didn’t quite make it into the limelight after Sophia’s appearance…

If that’s not enough for a handful of famous friends, globally renowned Portuguese footballer, Cristiano Ronaldo invited the Saudi AI citizen over to his home where they got to know each other in his native language. 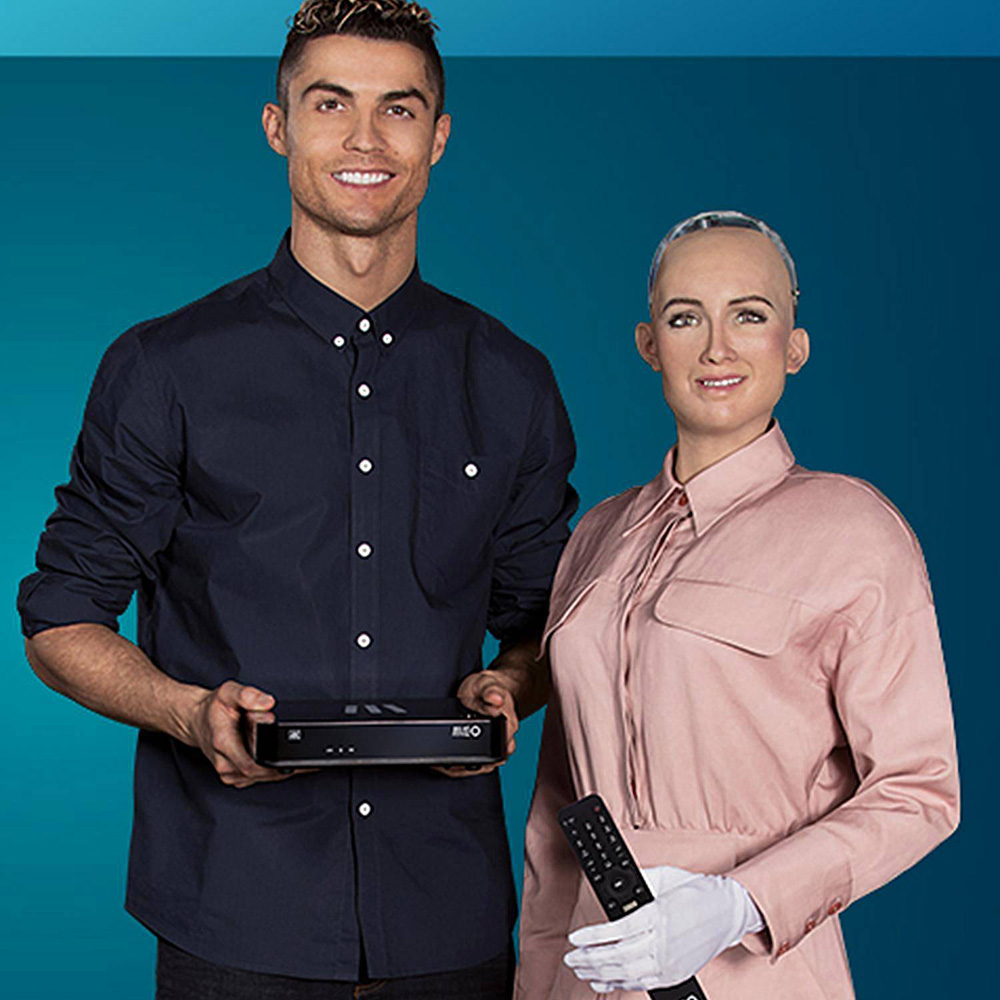 With her ability to speak a variety of languages and charm handsome superstars, Sophia has her eye on world domination.