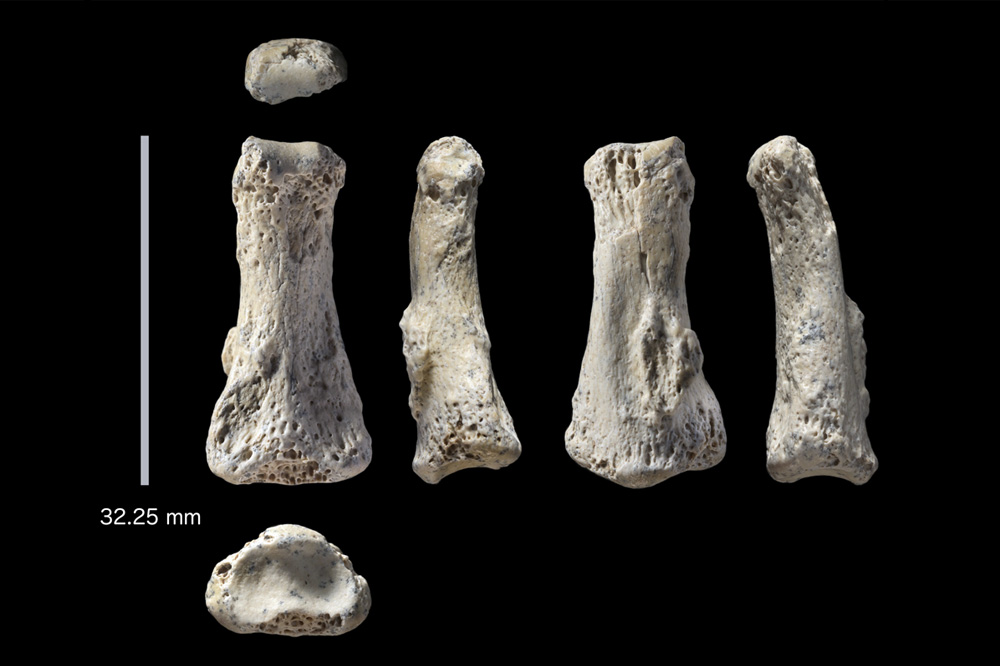 Tens of thousands of years ago, Saudi Arabia was a very different looking place than the sandy terrain many imagine it to be today. According to National Geographic, archeological research revealed the Arabian Peninsula as a once lush green expanse with hundreds of freshwater lakes, home to animals such as hippos.

Now, researchers have stumbled upon an even greater discovery in a prehistoric lake site – direct fossil evidence that could challenge the theory of modern migration out of Africa as we know it. As reported by CNN, an 85,000-year-old finger bone has been found in the heart of the Kingdom, in the middle of what is now called the Nefud Desert, seemingly belonging to a member of the Homo sapiens species.

Gulf News reports that archaeologists from the Max Planck Institute for the Science of Human History in Germany announced their find earlier this week, describing it “as the oldest directly dated Homo sapiens fossil found outside of Africa or the southwest Asian region called the Levant, or modern-day Israel and Syria.”

What this find highlights is that modern humans may have left the African continent much earlier than previously thought, 20,000 to 25,000 years earlier in fact, which challenges the “textbook theory” that Homo sapiens travelled out of Africa 60,000 years ago in a single wave. It also challenges the belief that people could not migrate out of Africa until major advances in technology, such as the invention of bows and arrows, were made.

“The Arabian Peninsula has long been considered to be far from the main stage of human evolution,” Michael Petraglia of the Max Planck Institute said in a statement. “This discovery firmly puts Arabia on the map as a key region for understanding our origins and expansion to the rest of the world.”

In recent years, key archeological discoveries have been made that counter many previous theories as well. In 2017, the oldest fossil remains of Homo sapiens dating back 300,000 years was found in Morocco. In 2015, archaeologists in China made several discoveries in three separate caves, finding human teeth and a jawbone believed to be between 80,000 and 130,000 years old. That same year, archaeologists dug up 65,000-year-old human relics in Australia, challenging the belief that humans did not migrate there until about 18,000 years ago.