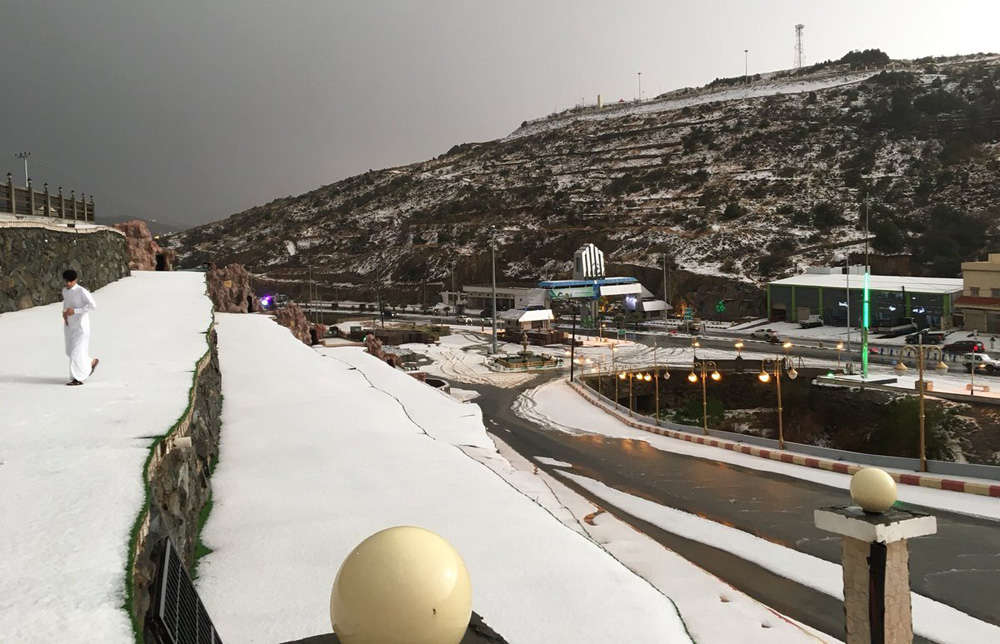 The region of Asir was blanketed in snow this week, painting its buildings and mountains pristine white. According to Khaleej Times, as the temperature dropped in the southern part of Saudi Arabia, rain and snow fell for six hours covering all areas in the region including the Al Hussein and Al Omar valleys. 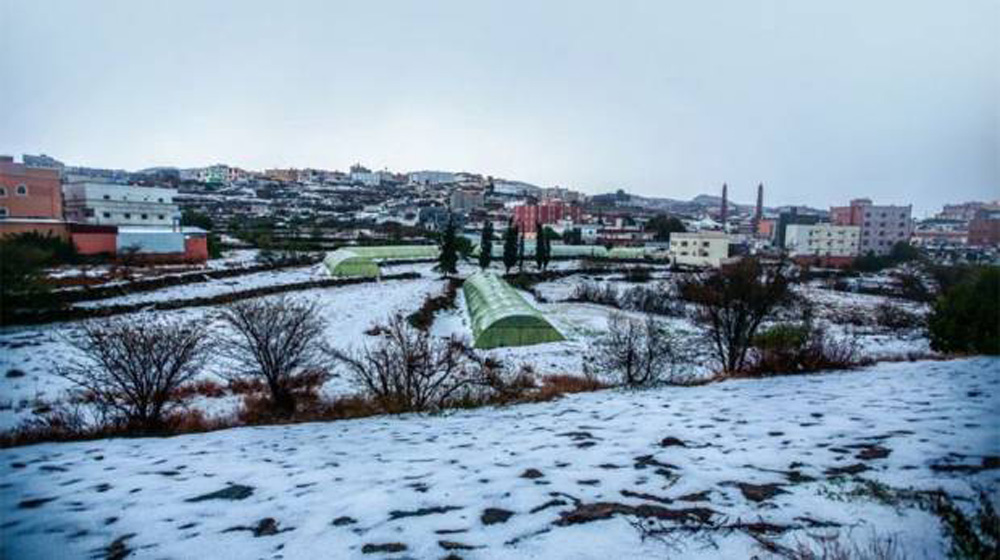 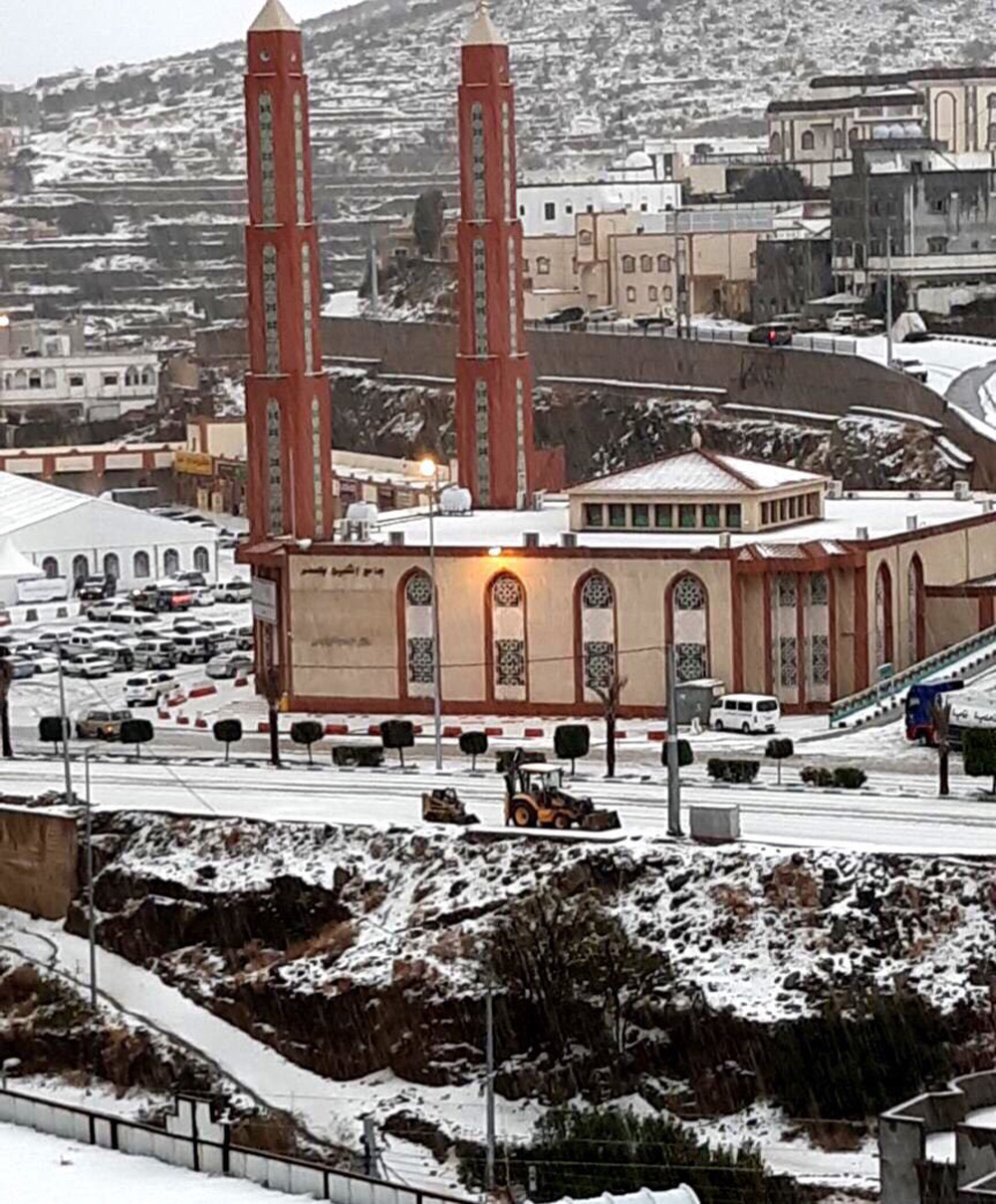 Asir is a region that has long been developed as a tourist site, attracting both domestic and international visitors. The news site points out that, geographically, Asir is situated on a high plateau that receives more rainfall than the rest of the Kingdom and contains Saudi Arabia’s highest peaks, which rise to almost 3,000 meters at Jabal Sawda near Abha. 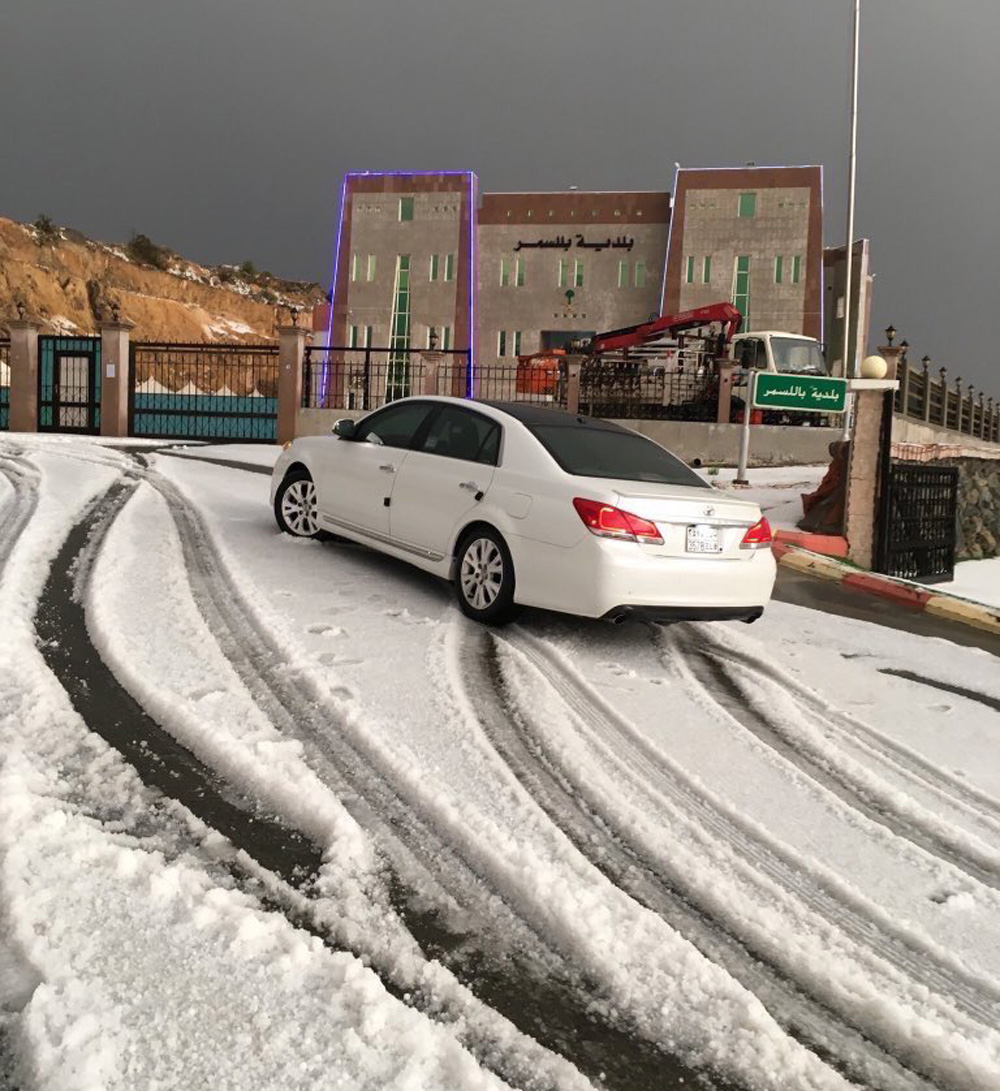 Earlier this year, the Tabuk region in the north west of Saudi Arabia also experienced snowfall as temperatures dipped to -2 degrees Celsius. Media across the region and internationally shared photos of locals enjoying the incredible landscape, sledging down mountainsides, writing in freshly fallen snow, and taking their vehicles for a spin before the snow melted, as well as a few pictures of camels with their humps covered in powdery white. 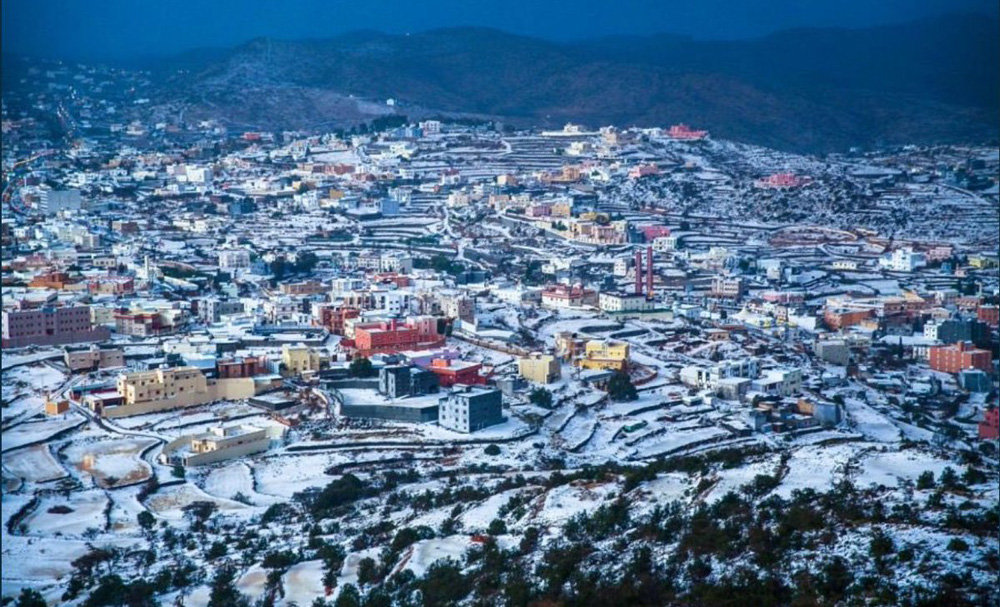 According to Arab News, this light snow, known as the “white guest,” occurs annually in Tabuk. Locals come from all across the Kingdom to gather every year and watch this phenomenon, arriving early to welcome the fall. Snow usually falls during the night and continues until early morning hours, gradually disappearing during the day and leaving some areas such as Jabal Al-Lawz covered with snow.