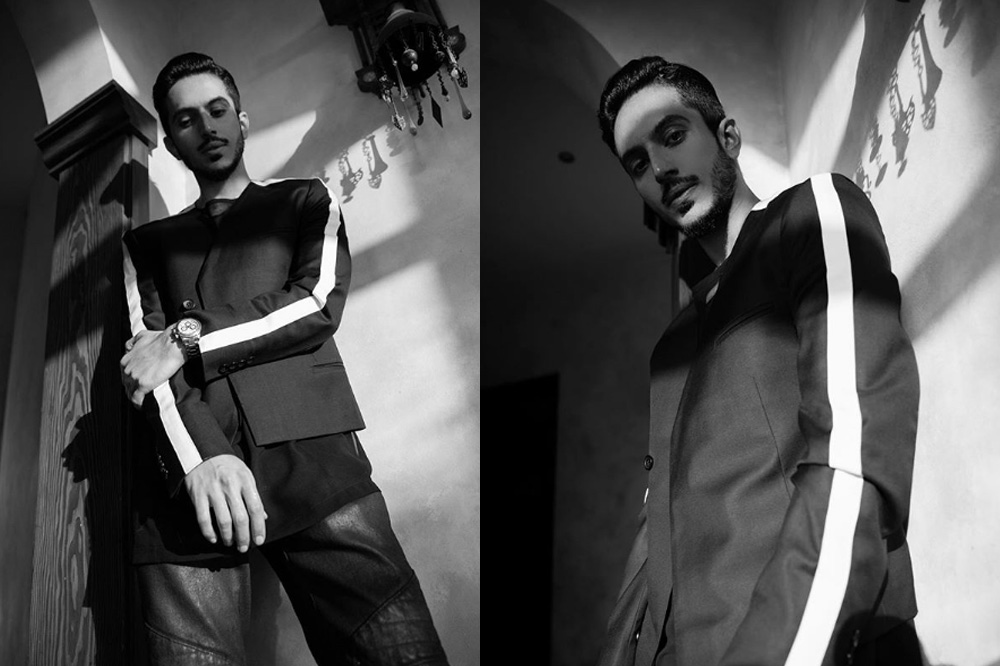 “Hindamme” is an old Arabic word used for hundreds of years that roughly means “to possess perfect form in harmony and aesthetic.” That is the very essence that Saudi fashion designer Mohammed Khoja attempts to capture in each of his creations, combining a very bold, high-aesthetic yet minimalistic approach to ready-to-wear fashion.

Founder of Hindamme, a contemporary luxury label inspired by the concept of East meets West, Khoja has now celebrated two successful seasons following his brand’s launch in spring 2016. Hindamme’s third season is currently in the works, set to debut this May. The highly anticipated collection is an ode to the Arab golden age, to mysticism and astronomy, as well as to the universe and the importance it has within the lives of various Arab tribes from the desert.

Speaking to Buro 24/7, Khoja explained that while working on the mood board of the collection, he looked at early Moorish astrolabes, the works of mystic poets such as Rumi, and the early conceptual works of renowned Italian fashion designer Elsa Schiaparelli.

Paris is always a good idea

“My nylon gold embroidered zodiac pieces, for example, were heavily inspired by Schiaparelli's Zodiac collection presented in 1938. I also deconstructed elements from the Azilal tribal patterns from the Azilal region of Morocco and repositioned them in a way that resembled the solar system on jackets and tops. The result is an edgy and cosmic blend of East meet West,” he explained.

Known for his knack of perfectly blending traditional elements with modern designs, Khoja explained that through his work he expresses his identity and experiences as a designer from the Middle East. He also explained that the region holds so much beauty in its heritage that is often overlooked and his role as a designer is to highlight these elements and inspire others to look towards their own culture.

As Saudi Arabia continues its journey towards economic and social transformation spearheaded by Crown Prince Mohammed Bin Salman, Khoja acknowledges the potential the Kingdom holds in terms of fashion and art.

“I am very excited about the direction of Saudi Arabia and all the positive changes happening at the moment, and although the art scene is quite established and respected in the Kingdom, fashion is still very much at an elementary stage. But with the multiple initiatives that are currently being developed within this industry, I envision a future where Saudi fashion will become the main industry that has potential to attract even an international market, and I feel this can only be achieved if we are genuine in establishing our own aesthetic.”