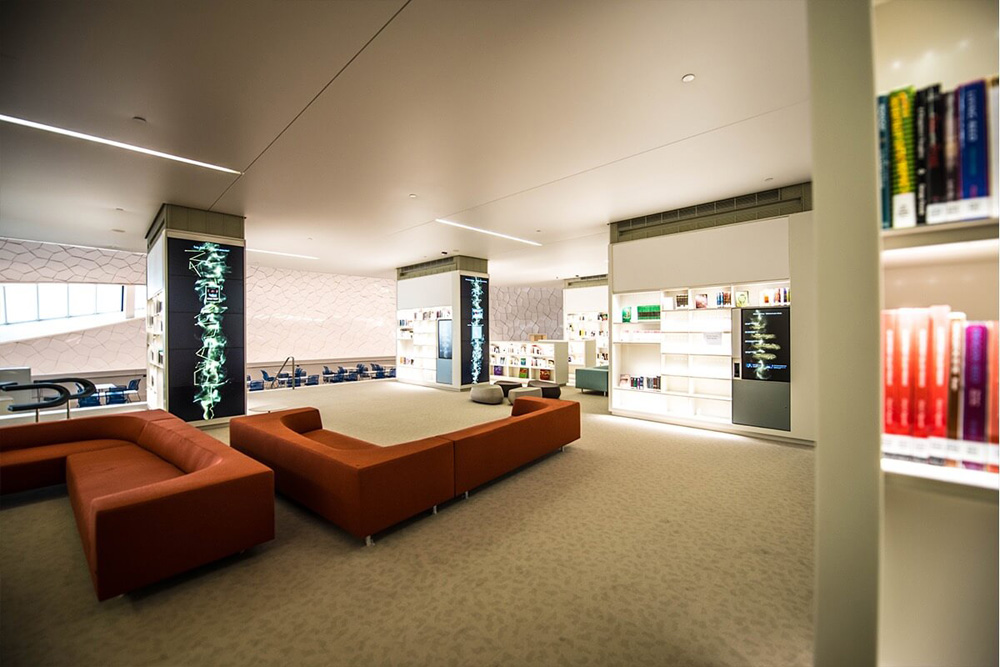 Saudi Arabia is getting a new public library, reported to be the only one of its kind in the Arab World. Ithra, part of the soon-to-be-open King Abdul Aziz Center For World Culture, is a spacious venue located in Dhahran, in the Eastern Province of the Kingdom. The library is marked by with modern technologies and inspiring designs and is spread over four levels with a total area of more than 6,000 square meters.

According to Arab News, Ithra features digital exhibitions that display the library programs, as well as books recommended by the library staff. It also has a number of interactive screens that let visitors scan any book in the library to get further information on it. 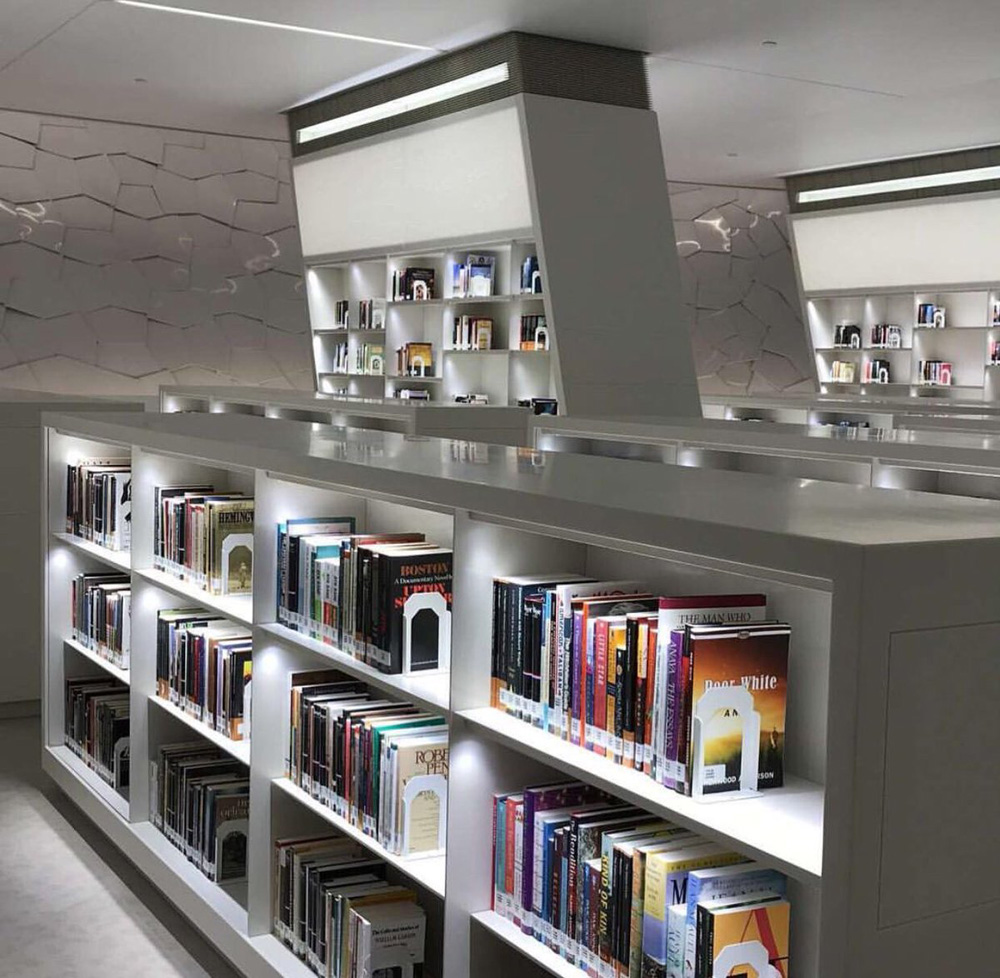 Speaking to the news site, Tariq Alkhawaji, who is the library head at Ithra, said, “You get to exchange knowledge, experience the latest technologies and discover more than a million books, both paper and electronic, including special collections of rare books from all around the world […] What makes Ithra Library unique is not only its interior design but also the modern technology used within its walls.”

The library also has a complete floor dedicated to publications for children. There, interactive workshops that focus on learning and gaining knowledge through entertainment will also be held. 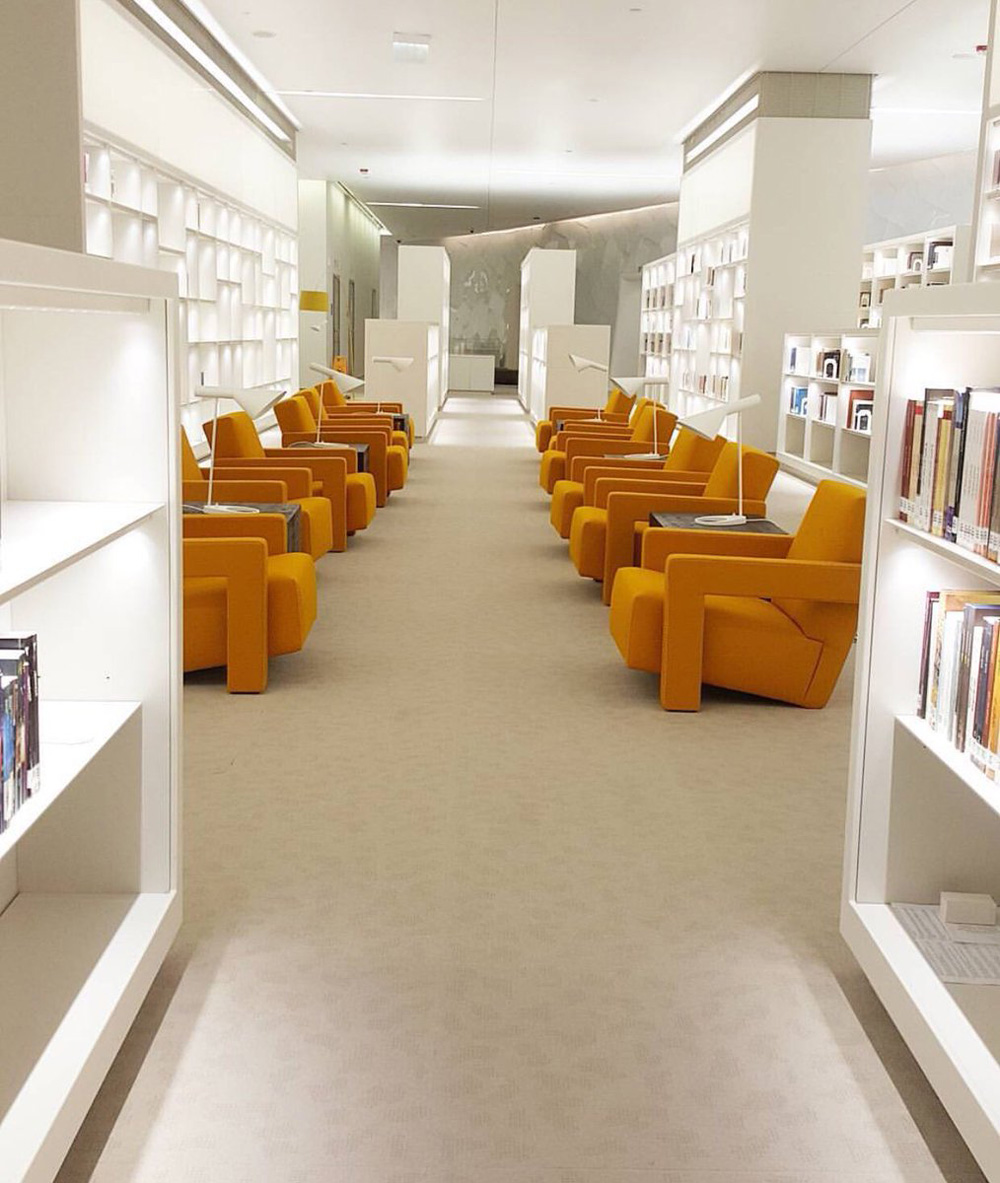 The King Abdulaziz Center for World Culture has been under construction since 2008 and is expected to open its doors to the general public later this year. It comprises 100,000 square meters of cultural facilities, including the 200,000-book library; a 930-seat auditorium; a smaller auditorium for a cinema; the Idea Lab offering design exhibitions and workshops; Knowledge Tower, a multi-room venue; a museum; and archives. 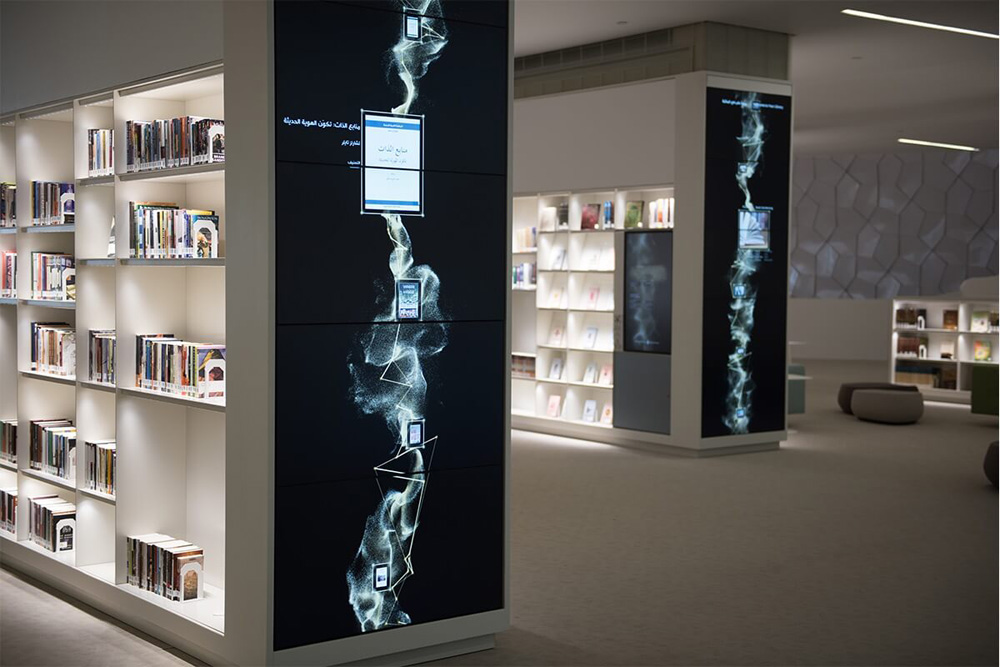 According to the project’s website, the Aramco-backed cultural hub in Dhahran “is the first incubator of knowledge of its kind in the Kingdom of Saudi Arabia. It brings together under its roof many programs that aim to create a positive and tangible impact in the fields of knowledge and culture by preparing the national talents for the knowledge-based and innovation-based creative industries.”