Two Emirati female athletes were able to arrive back home to a heroine's welcome after winning gold medals at the games. 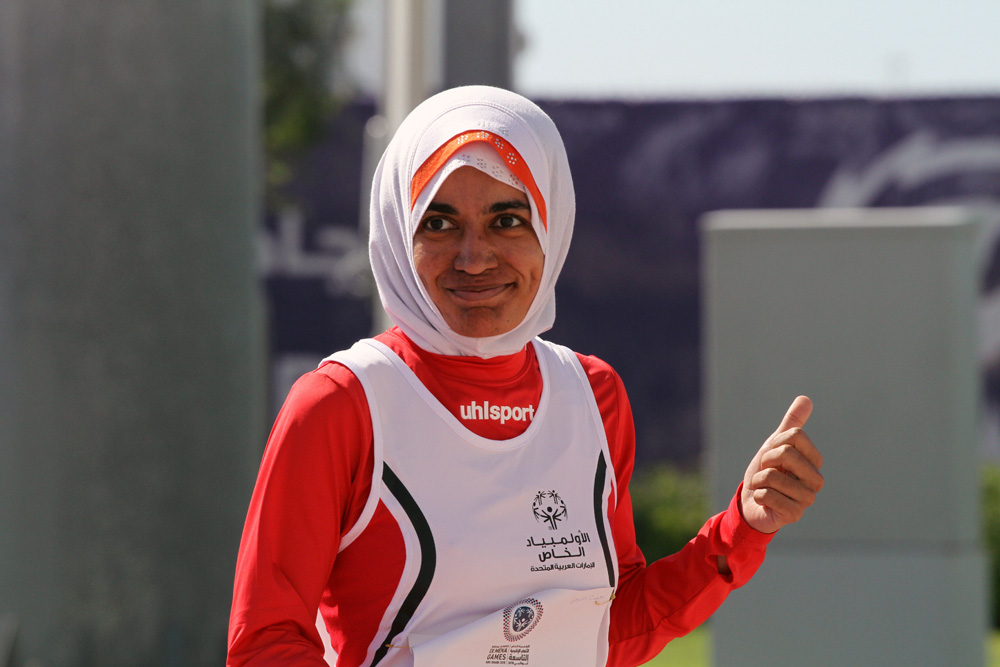 Sprinter Hamda Al Hosani and long-distance runner Mariam Al Zaabi darted their way to victory during the recent Special Olympics IX MENA Games 2018. Both Emiratis left the three-day event for athletes with intellectual disabilities (IDs), which took place in Abu Dhabi from March 18-20, with gold medals and lots of incredible memories. Along with the other athletes and teams from the MENA region and other countries, they displayed sporting excellence and realised incredible achievements during the competitions, which were a platform for inclusion, fun and friendship.

The athlete credits her mother, Zaafaran, with helping her to discover and develop her talent for athletics. She explained her success on the track comes down to her deep love of sports and running. “I enjoy running because I don’t like sitting still, and I’m very active,” said Al Hosani, who trains for two hours a day.

While she secured her fastest time, 14 seconds, during a 100-metre race in Tunisia, her favourite memory was taking part in the LA Games in 2015, where she was able to procure her second best time, 15 seconds.

Al Hosani hopes her continued triumphs will help to change how people with IDs are viewed by society, especially in the Middle East, where she feels people look at such disabilities negatively. “I’d like to encourage everyone with intellectual disabilities to look out for what they’re interested in and to do more activities that boost their confidence,” she said.

Mariam Al Zaabi’s Long-Distance Victory
Mariam Al Zaabi, who specialises in long-distance, brought the crowd to their feet with her heart-warming effort during the 1,500-metre race. The athlete sealed first place in her race, which took place at the New York University Abu Dhabi campus on Saadiyat Island.

The runner paced her way around the track to take the gold, waving her arms to the cheering crowd and soaking up the applause. 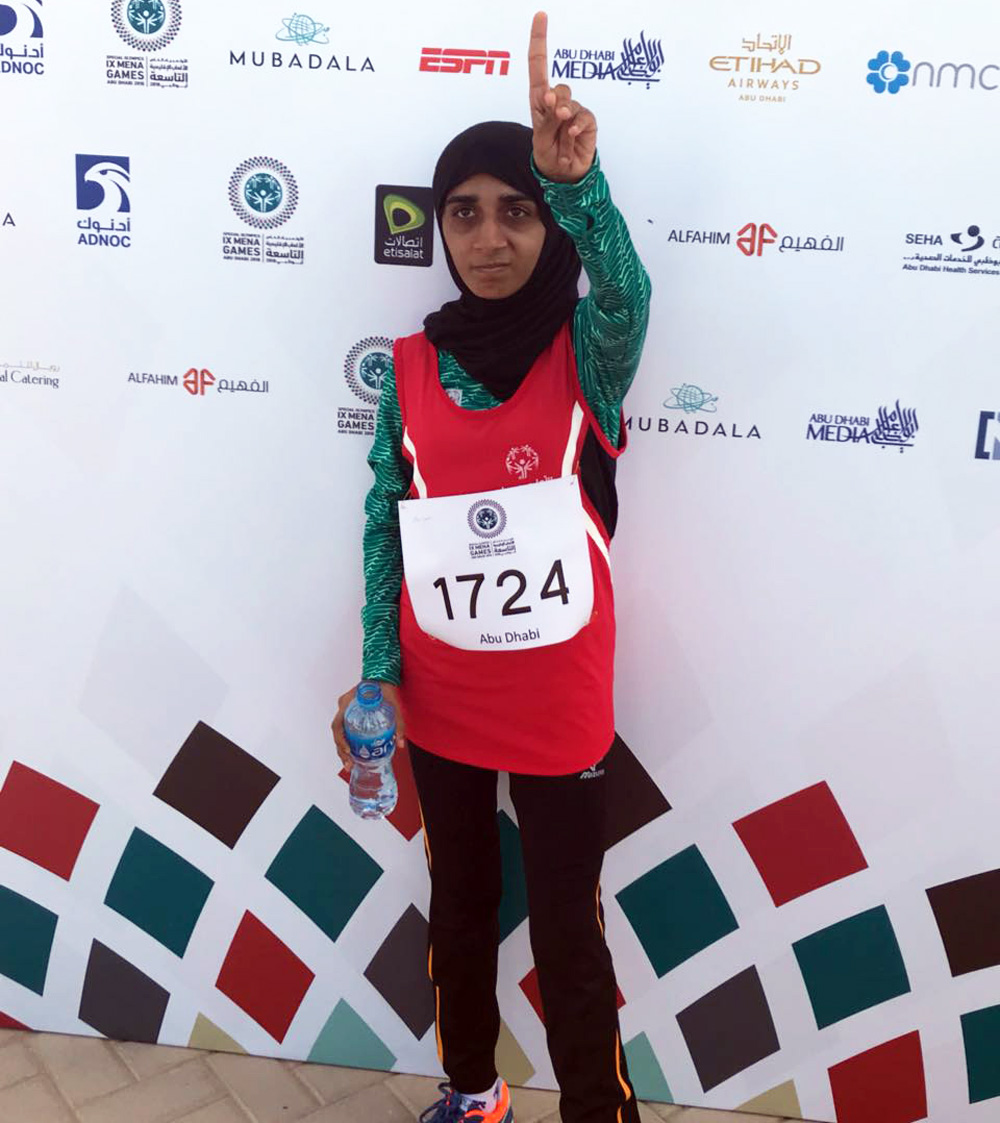 Speaking after her run, Al Zaabi said: “I am very happy and not even tired. I was so excited with the crowd cheering me on from the stands.” She said she trains with her coach all the time, which helps improve her time. “Hopefully I can win more medals at the World Games next year,” she added.

Spotlight on Inclusive Sports in the UAE
Over 1,000 athletes from 32 countries travelled to Abu Dhabi to take part in the MENA IX Games, which kicked off with 20 of them running for 13 hours to light the cauldron at Louvre Abu Dhabi. They participated in 16 sports across eight venues, including Zayed Sports City, Yas Marina Circuit, Mubadala IPC Arena and Al Jazira Sports Club.

The major sporting event surely whets appetites ahead of Special Olympics World Games Abu Dhabi 2019, set to take place March 8-22. The games, described as the ‘most unified’ Special Olympics competition in history, will be the largest sports and humanitarian event anywhere in the world, with 7,000 athletes and 3,000 coaches representing around 170 countries. Held under the patronage of His Highness Sheikh Mohamed Bin Zayed Al Nahyan, Crown Prince of Abu Dhabi and Deputy Supreme Commander of the UAE Armed Forces, the largest single event ever held in the UAE and the first Special Olympics World Games in the Middle East and North Africa will include people with intellectual disabilities in every aspect. The games will feature 24 officially sanctioned Olympic-style sports in venues throughout Abu Dhabi. 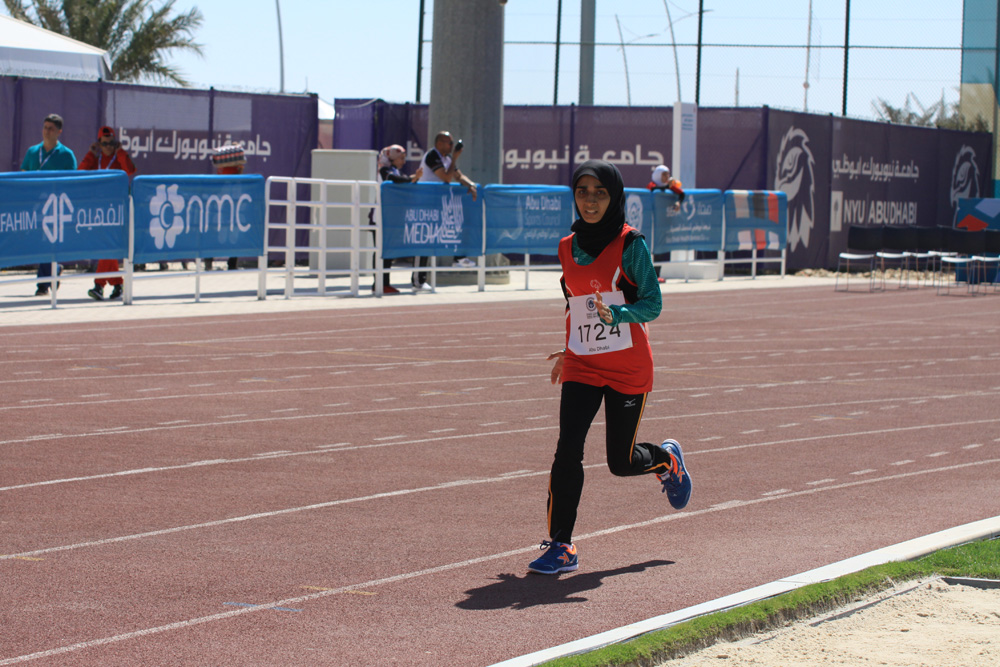 The Special Olympics IX MENA Games and Special Olympics World Games Abu Dhabi 2019 are a part of the UAE’s National Vision 2021 that highlights the full integration of determined people into everyday society and aspires to expand opportunities for people with disabilities. The planned series of initiatives aims to promote inclusion and understanding throughout the emirates and the region.