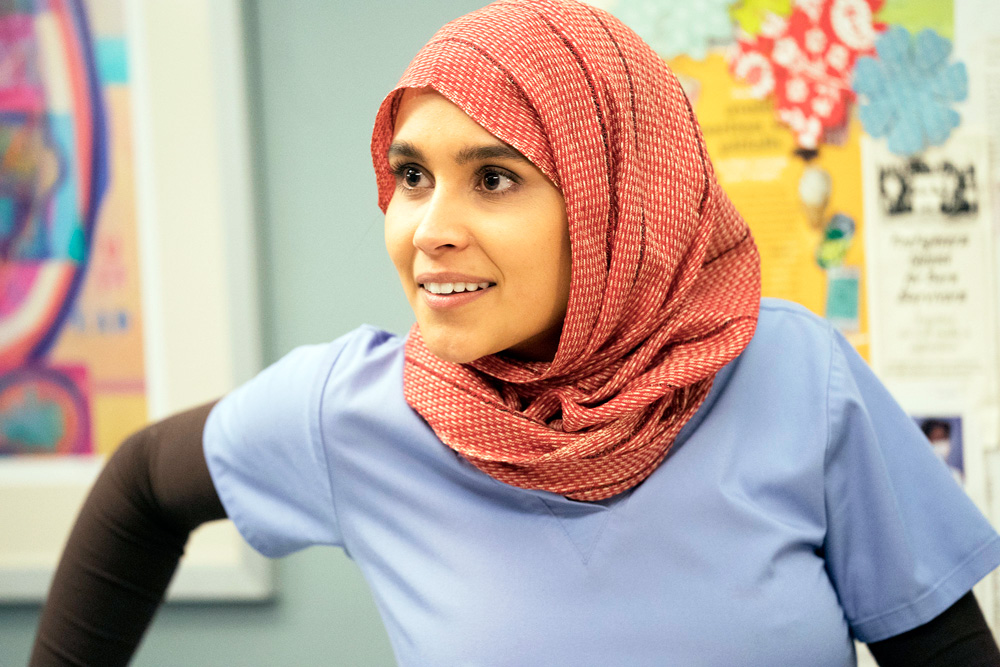 Many of us are obsessed with American TV shows, and Grey’s Anatomy is one of them – especially since the show’s first hijabi character, Dr. Dahlia Qadri, had everyone swooning with pride by boldly removing her hijab. Dr. Qadri removed her hijab to save a life (insert heart eye emojis), in the show’s 13th episode of season 14. The scene set off an absolute Twitterstorm, with many thanking Shonda Rhimes, the show’s director for the positive portrayal of Islam.

Along with the hundreds of tweets, Muslim-American filmmaker Iman Zawahry wrote a heartfelt thankyou note on Facebook which went viral. In it, she expressed her gratitude for the show and how the scene is a landmark moment for the film industry and education.

Garnering over 20,000 likes and 6,000 shares on her Facebook post, Zawahry wrote: “So I’m catching up on a show I’ve been loyal to for 14 years. Shonda Rhime’s “Greys Anatomy” and they have introduced a hijabi intern this season. Something so true to reality as almost everyone Muslim I know is a doctor (slight, but honest exaggeration). Anyhow, in the story the patient begins to bleed out, Dr. Qadri, takes off her hijab to use it as a tourniquet….Two years ago when I first taught “Islam, Media and Pop Culture” I couldn’t find one good example of positive portrayal of Muslims in television and definitely not a hijabi on camera. Something I’ve been working toward as a Muslim female filmmaker for years. This minor, simple line and character shows humanism, understanding and unity in our community. Spear headed by non-other than a black female showrunner. Times, they are a changin. #thankyoushonda #greysanatomy”

In the episode, we witness a child rushed into the ER, covered in bruises with a piece of metal inserted in his thigh. Dr. Qadri is quizzed by Dr Owen Hunt in regard of what the right procedure would be to retract the metal from the child’s thigh as they take him in for a CT scan.

As Dr. Hunt leaves, the child wakes up and pulls the metal piece out of his leg making him bleed heavily and this is the moment where Dr. Qadri valiantly removes her hijab and wraps it around the boy’s leg to stop the bleeding.

As Dr. Hunt returns, he asks the hijabi Dr why she removed her hijab, and her reply left viewers astounded,

"It's a symbol of my faith. And my faith is about service and compassion."

With these words, the character of Dr. Qadri crushes the stereotypes about Muslims.

"This minor, simple line and character shows humanism, understanding and unity in our community," wrote Zawahry.

These are the tweets that followed the episode: 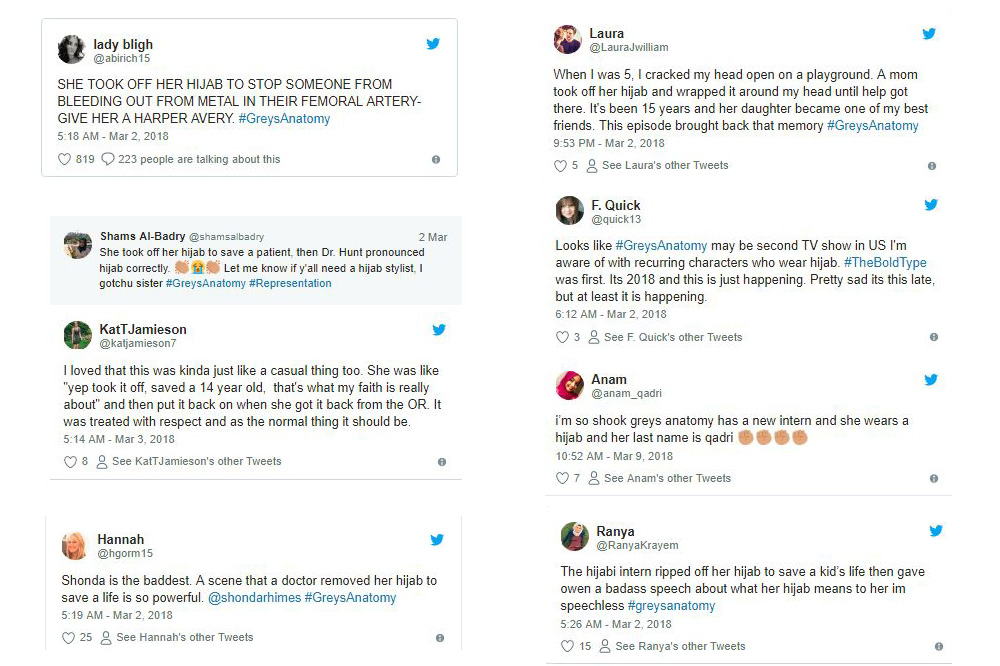