From angelic white and pretty blushes to gorgeous shimmering numbers and striking colours, the on point stars opted for cheery and optimistic looks. 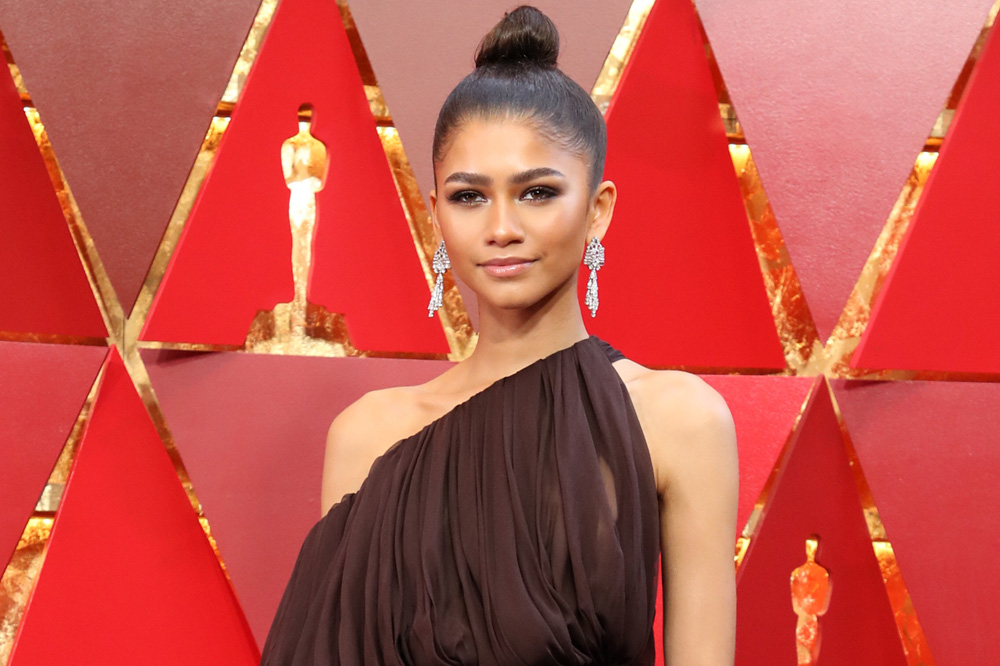 “The Shape of Water” was one of the night’s big winners, snagging four Oscars, including Best Director (Guillermo del Toro) and the film industry's most prestigious honour, Best Film.  However, our focus is on another top prize, the best dressed on the red carpet. And with all the spectacular looks, it surely wasn’t an easy feat either. 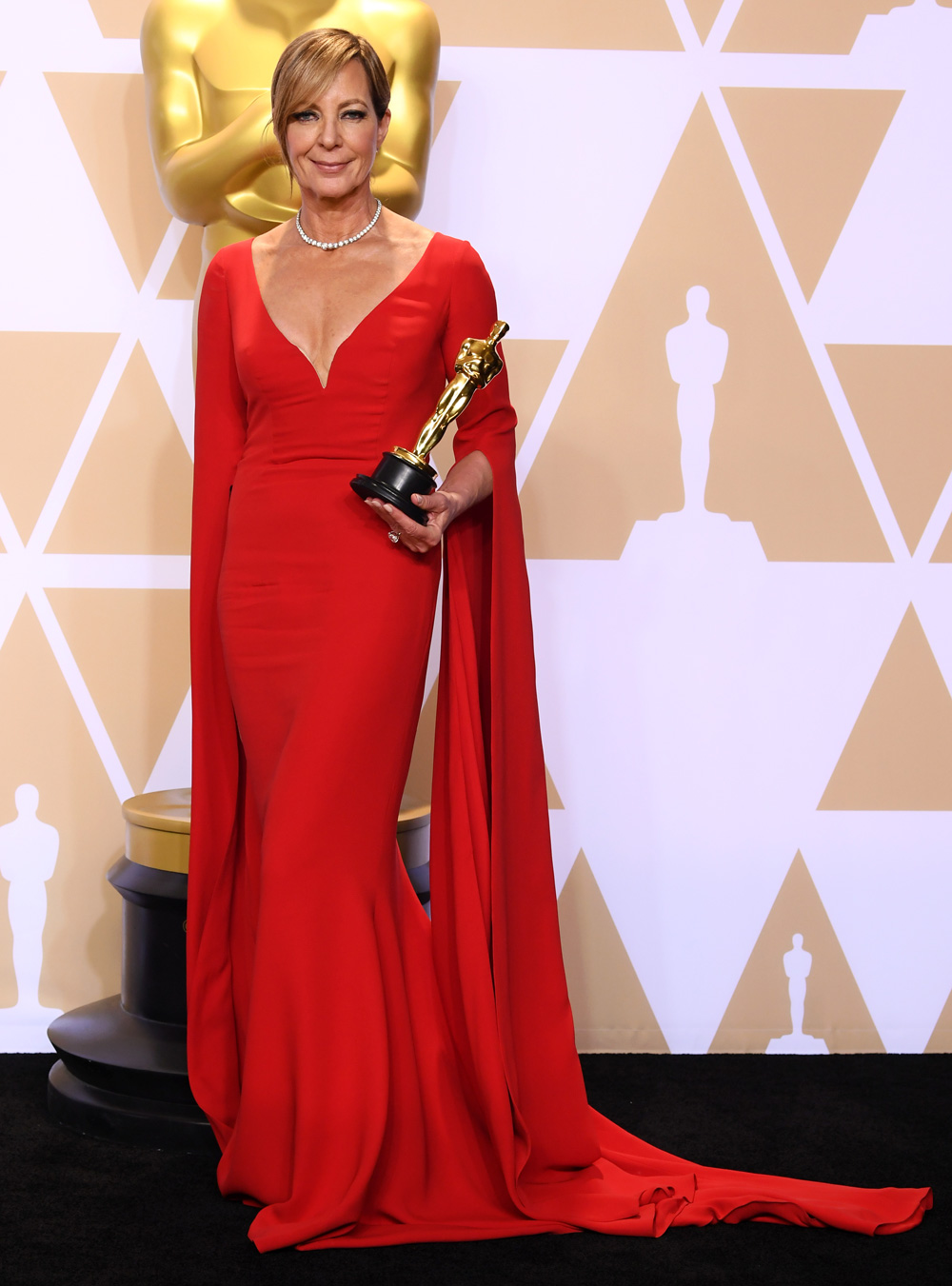 For the 90th Academy Awards, which took place at the Dolby Theatre in Hollywood on Sunday, the stars pulled out all the stops to dazzle their way throughout one of the most anticipated annual events on the fashion calendar. While black has been the colour of choice at other award ceremonies in solidarity with the #Time’s Up and #Me Too movements, celebrities didn’t have a dress code to follow this time. So they chose to hint there are brighter times ahead with their fashion choices, and it was great to see the glitz return and show the important movements are bigger than awards shows. 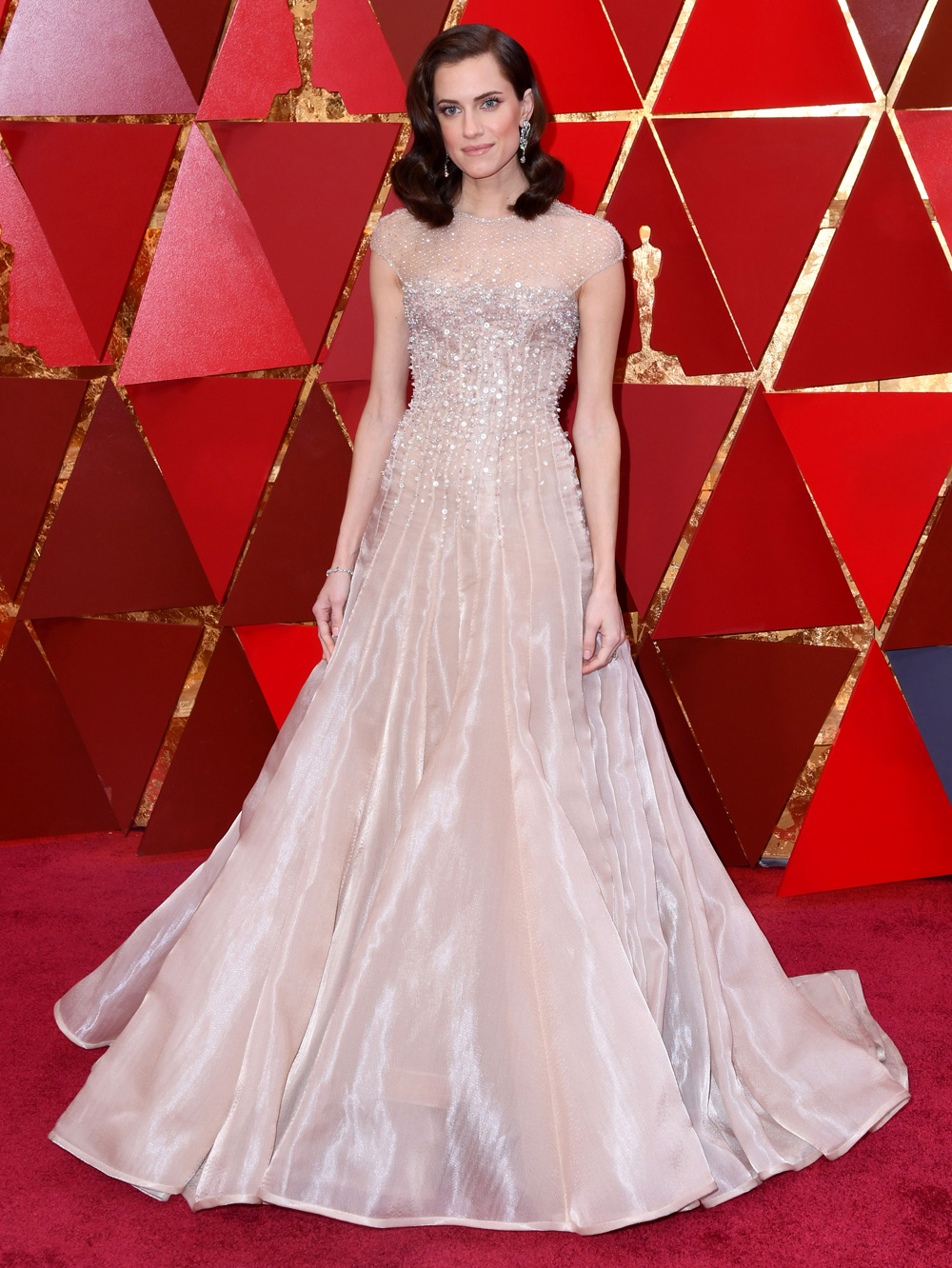 The optimistic tone translated into some of the prettiest white, pink and blush dresses. Some looks offered new takes on big-time grandeur, for example “Get Out” star Allison Williams oozed Old Hollywood glamour in an ethereal ivory gown. Best Actress nominee Margot Robbie radiated angelic vibes in an elegant, off-the-shoulder white gown, while Gina Rodriguez made waves when she hit the carpet in a Zuhair Murad creation. Other looks were more streamlined and effortlessly glam. Mary J Blige, the queen of hip-hop soul, now Oscar-nominated actress, opted for white. As did Laura Dern, with her simple yet stunning choice, and Jane Fonda, who wore a structured gown. One of the pale pink dresses we adored was seen on Zimbabwean-American actress and playwright Danai Gurira. What’s more, she teamed the strapless number with that oh so cool design on her head. 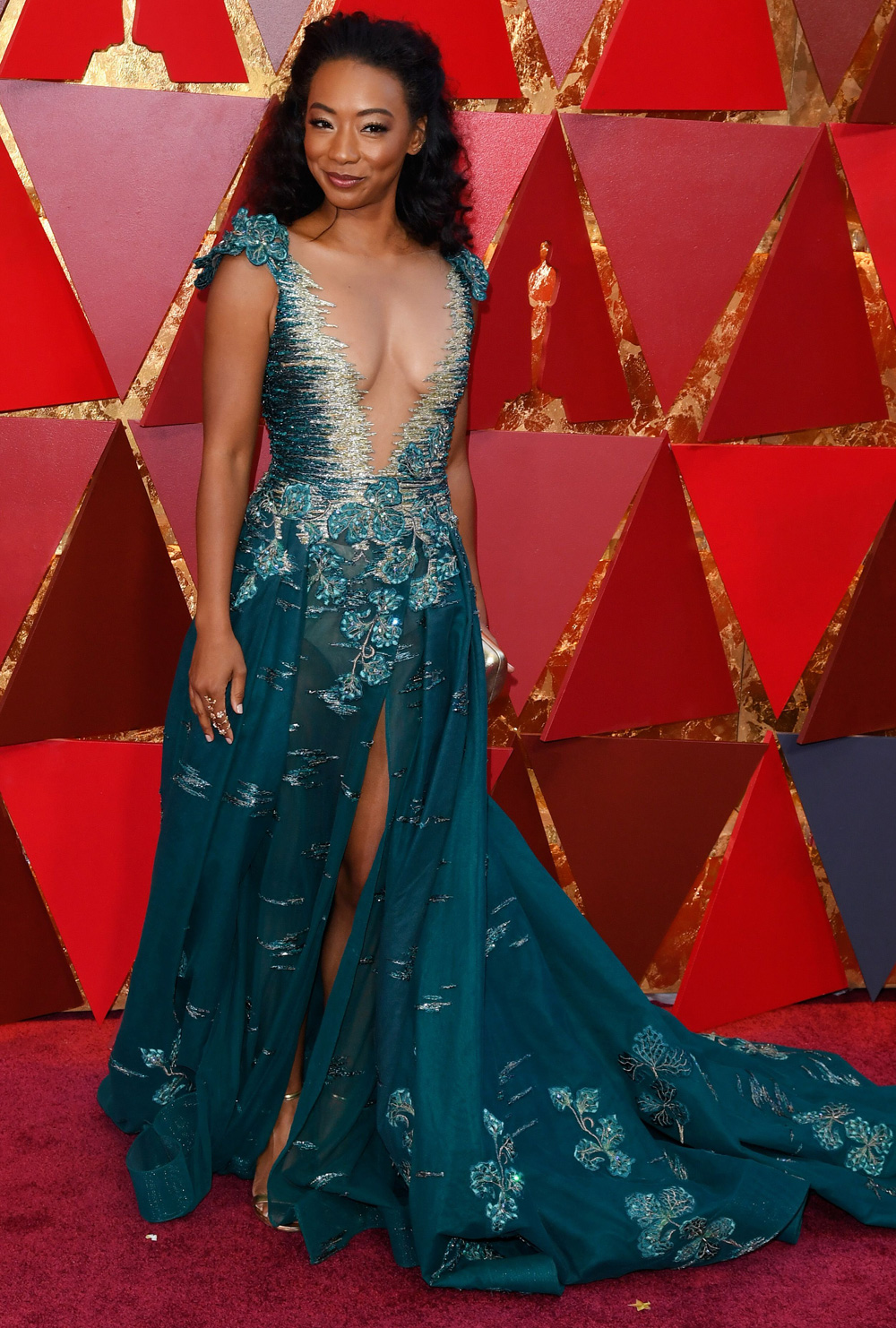 When it came to bright colours, Nicole Kidman’s cobalt blue dress with sweetheart neck and sky-high slit was one of the biggest surprises. The massive bow had some fashion commentators declaring how she stole the show, while others gave it the thumbs down, so we’ll leave it up to you to decide. Another actress in the electric blue team was Jennifer Garner, while Greta Gerwig and Eiza Gonzalez made sunny impressions. Best Supporting Actress winner Alison Janney looked red hot in a Reem Acra dress with plunging neckline and flowing, floor-length sleeves, plus a ravishing Betty Gabriel chose an embroidered teal Tony Ward Couture gown with silver beading. 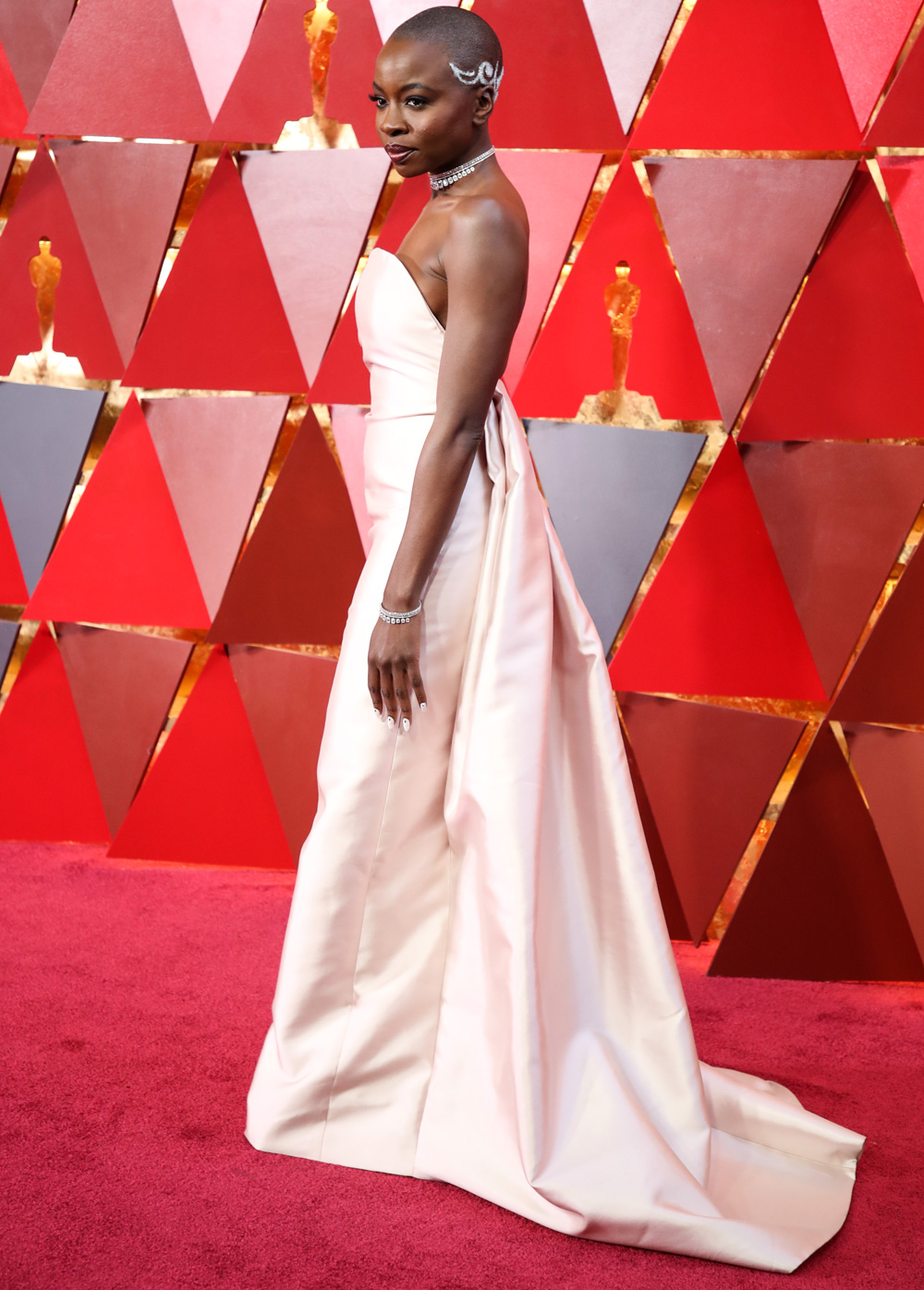 And the celebrities wouldn’t be looking on the bright side without some super sparkly sequins. “The Shape of Water” actress and nominee Sally Hawkins opted for a long sleeved creation with hints of black, while Gal Gadot stunned in a silver 1920s flapper-style dress with gunmetal fringe. Going for Oscars gold were Jennifer Lawrence and Lupita Nyong’o, who really went the extra mile for our favourite female character, Nakia, in the “Black Panther” inspired dress. 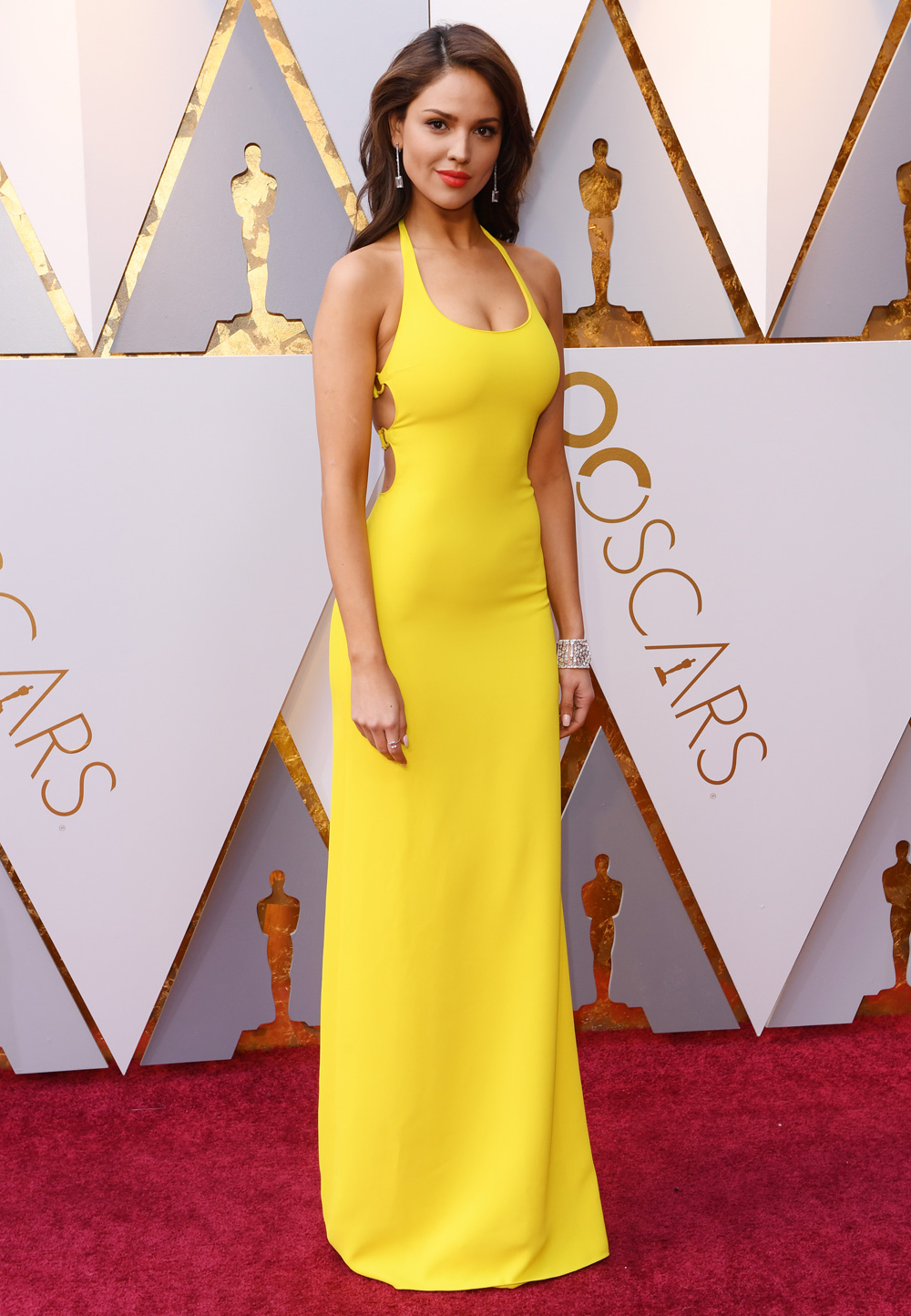 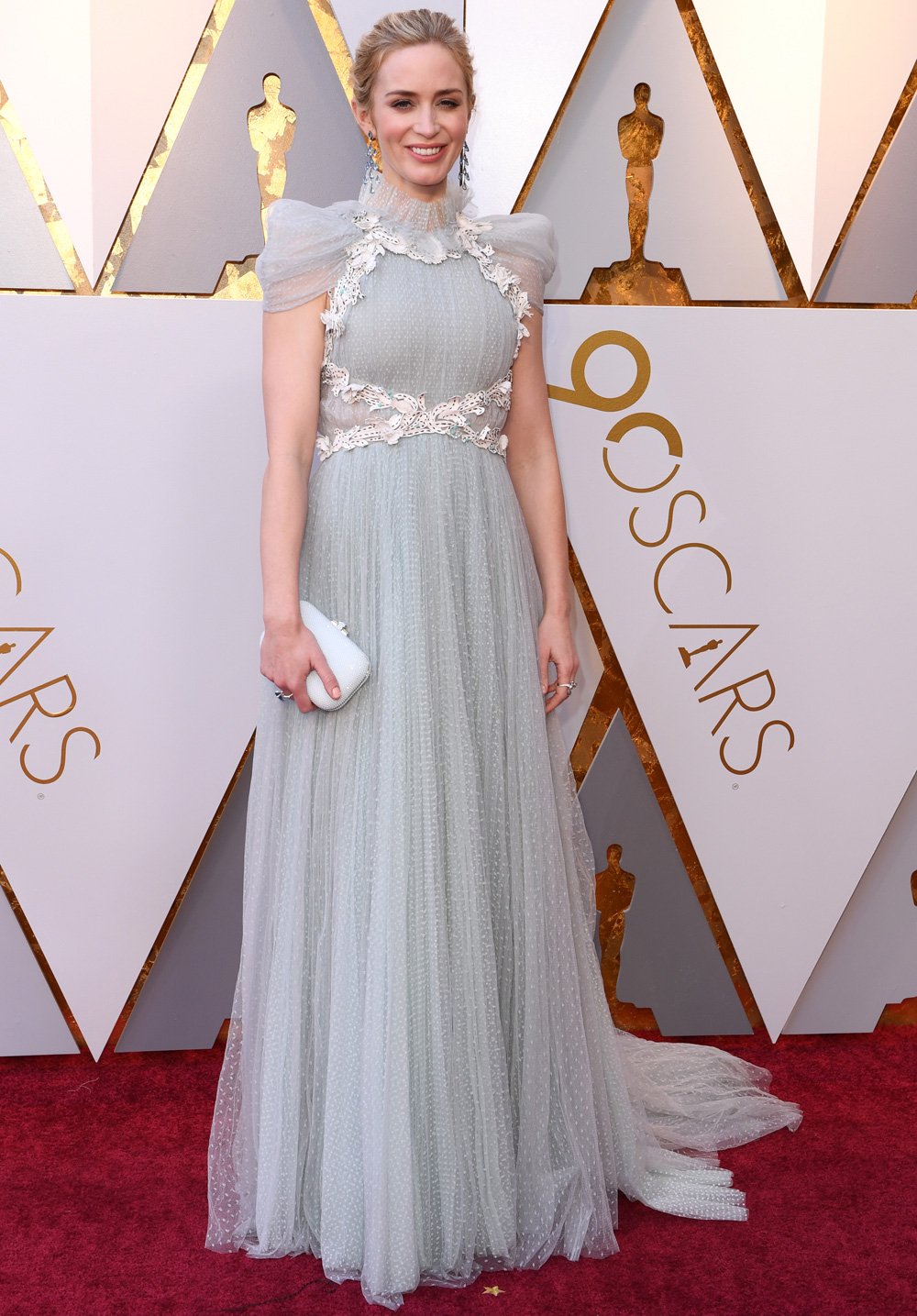 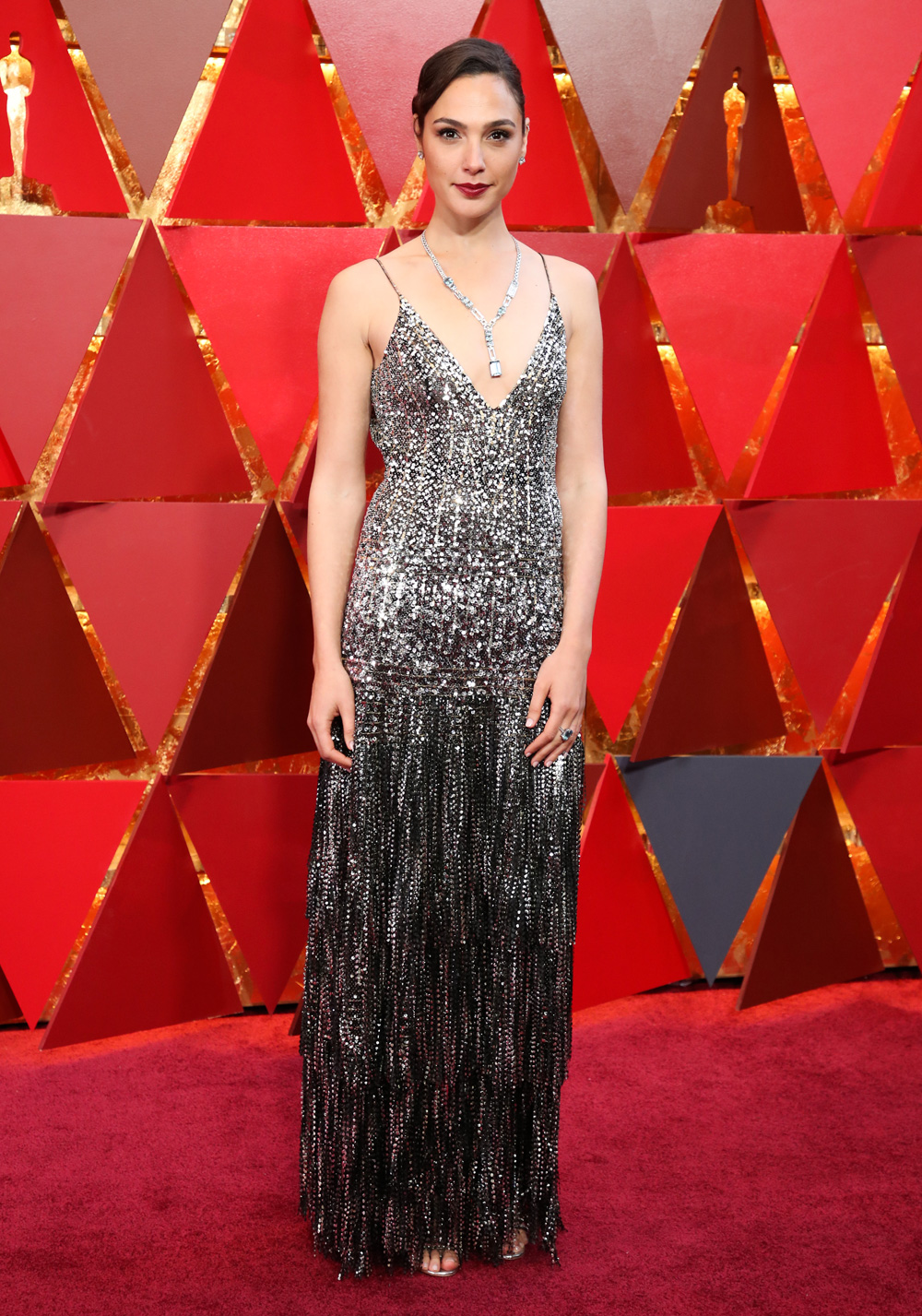 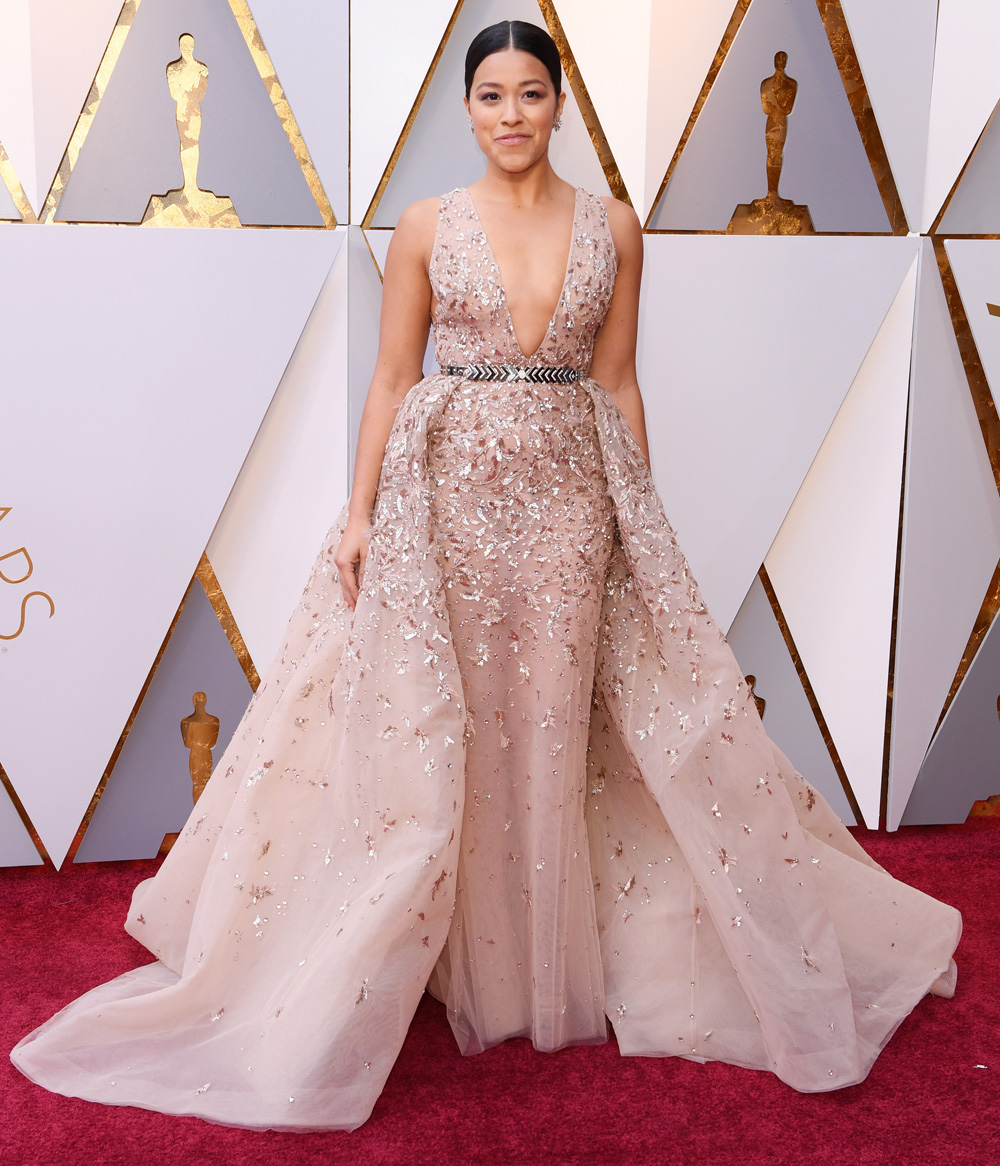 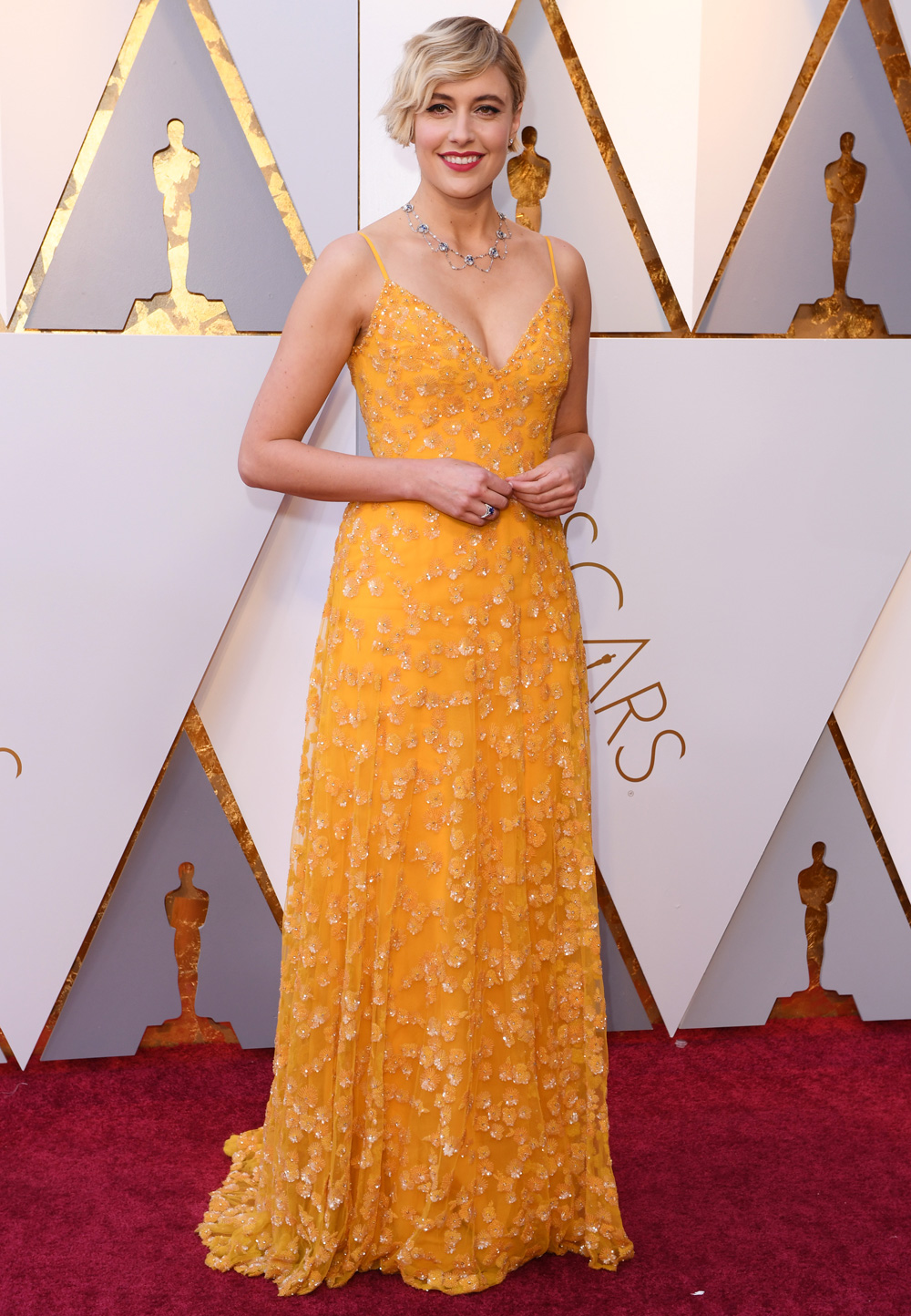 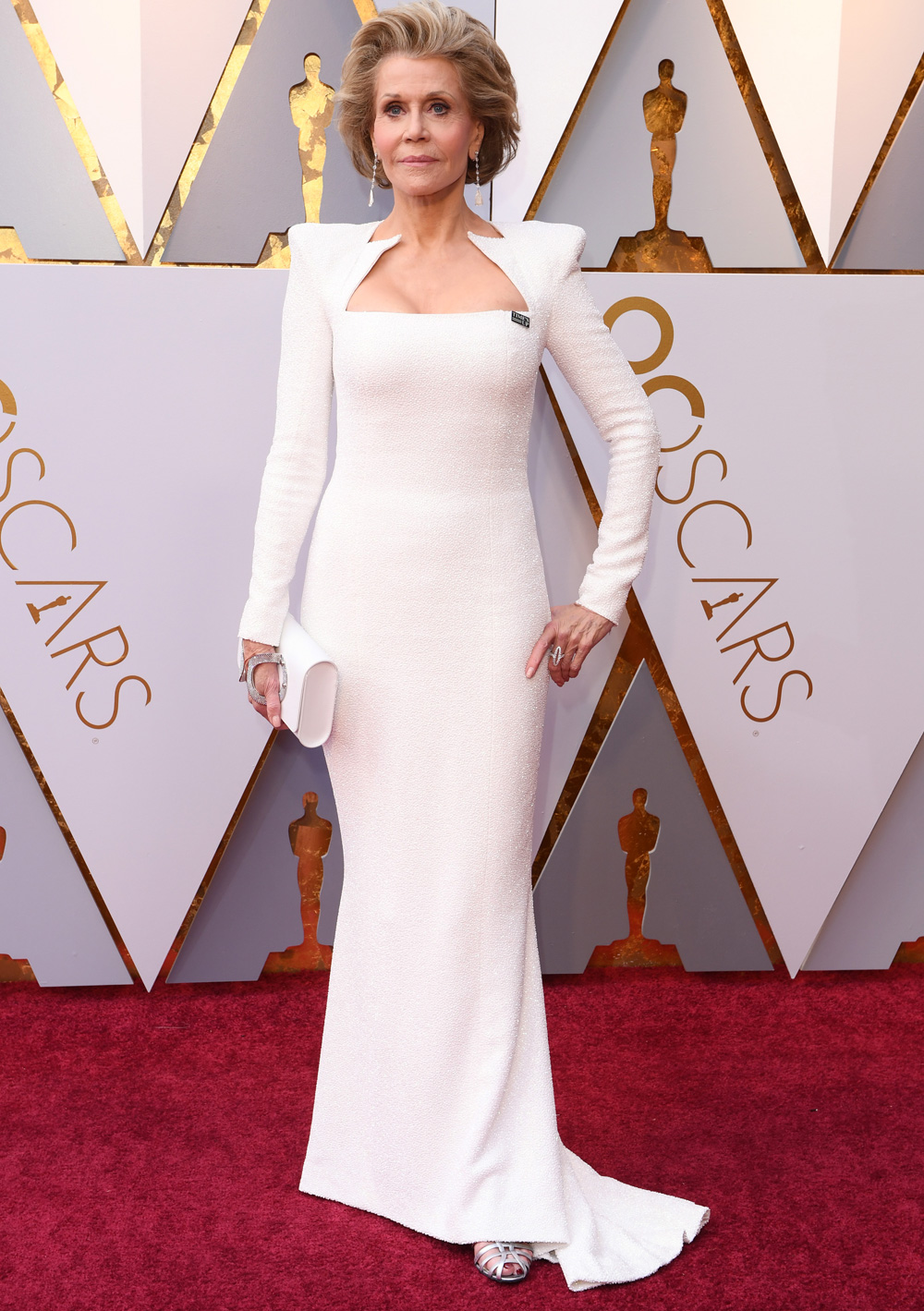 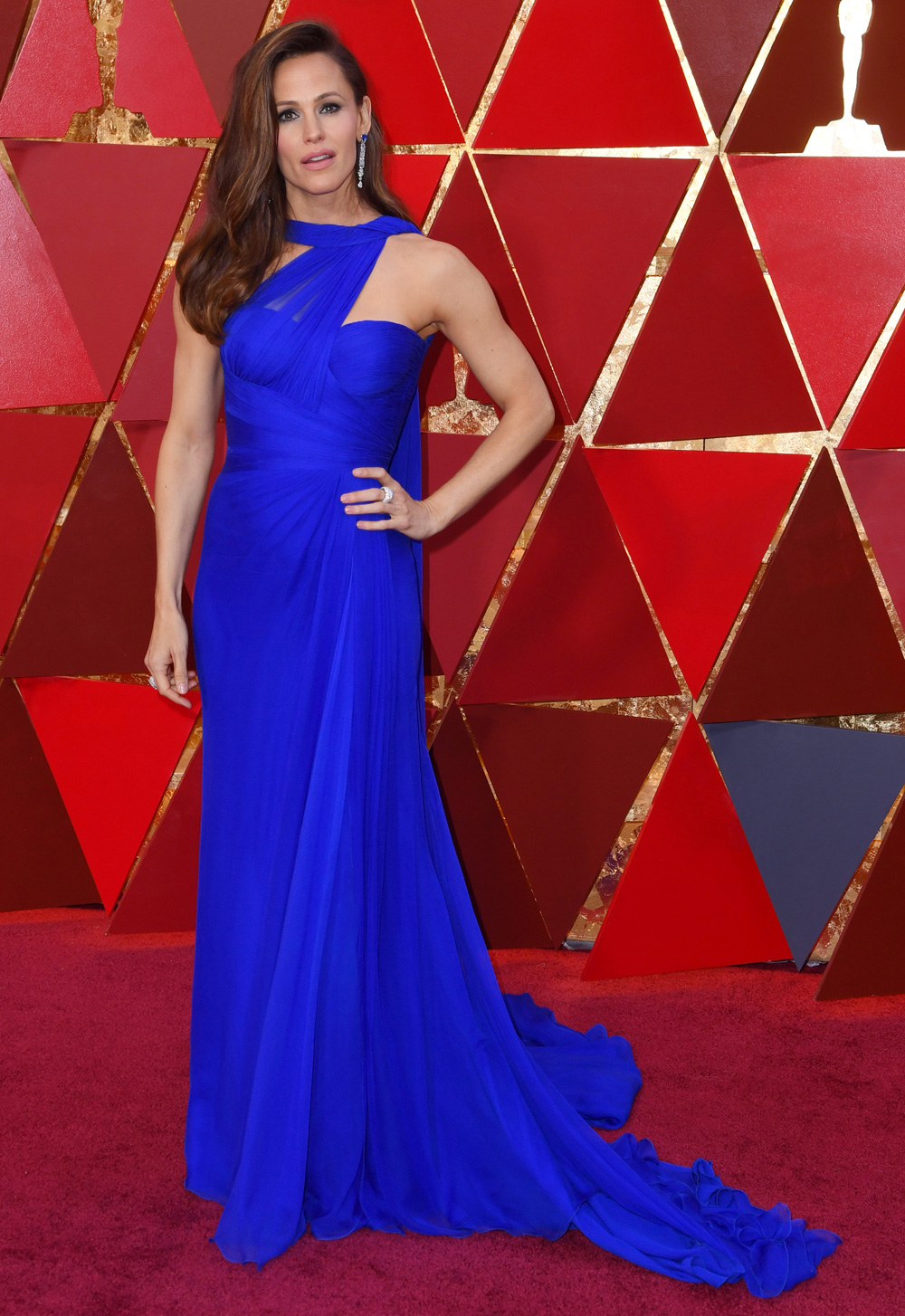 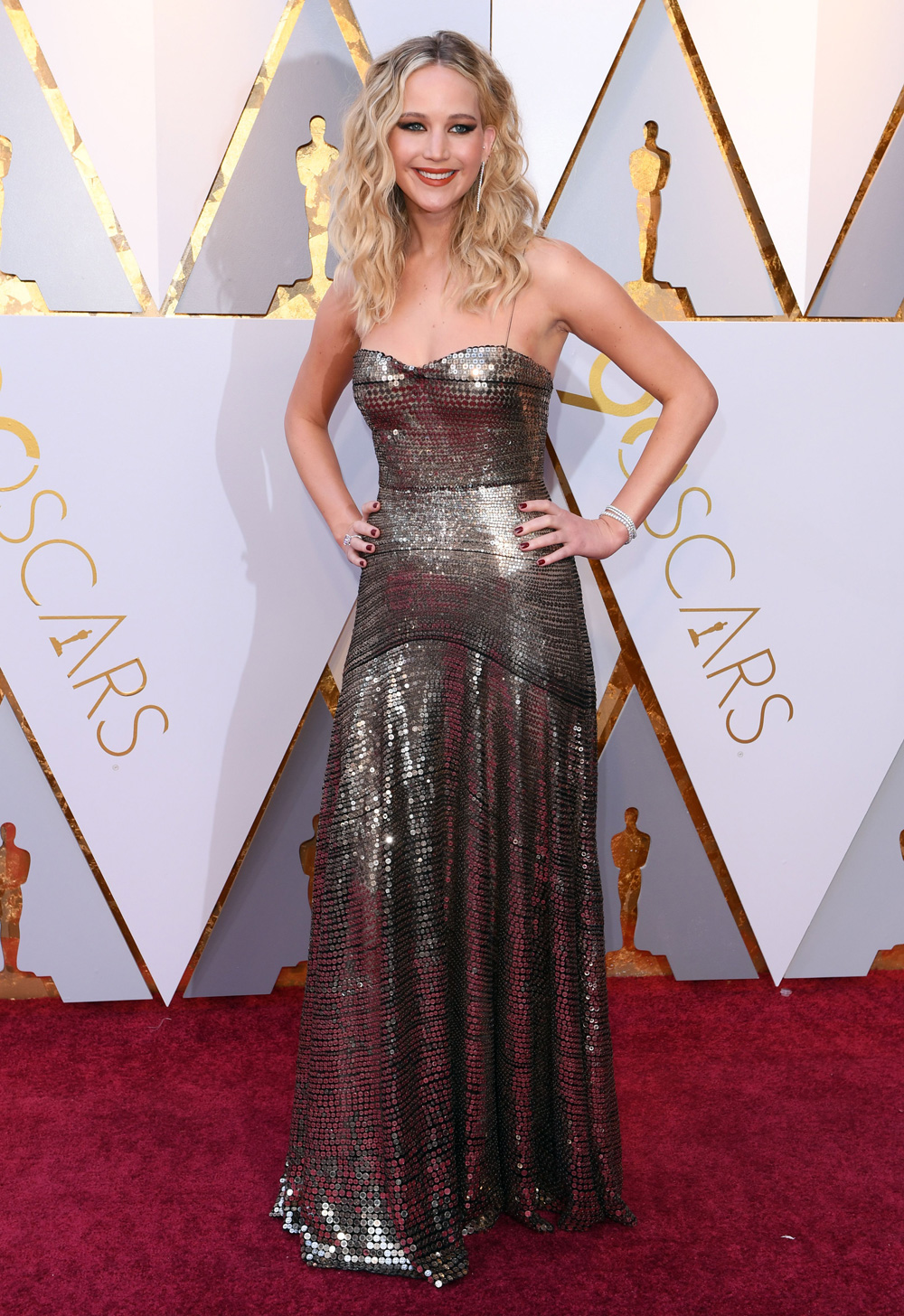 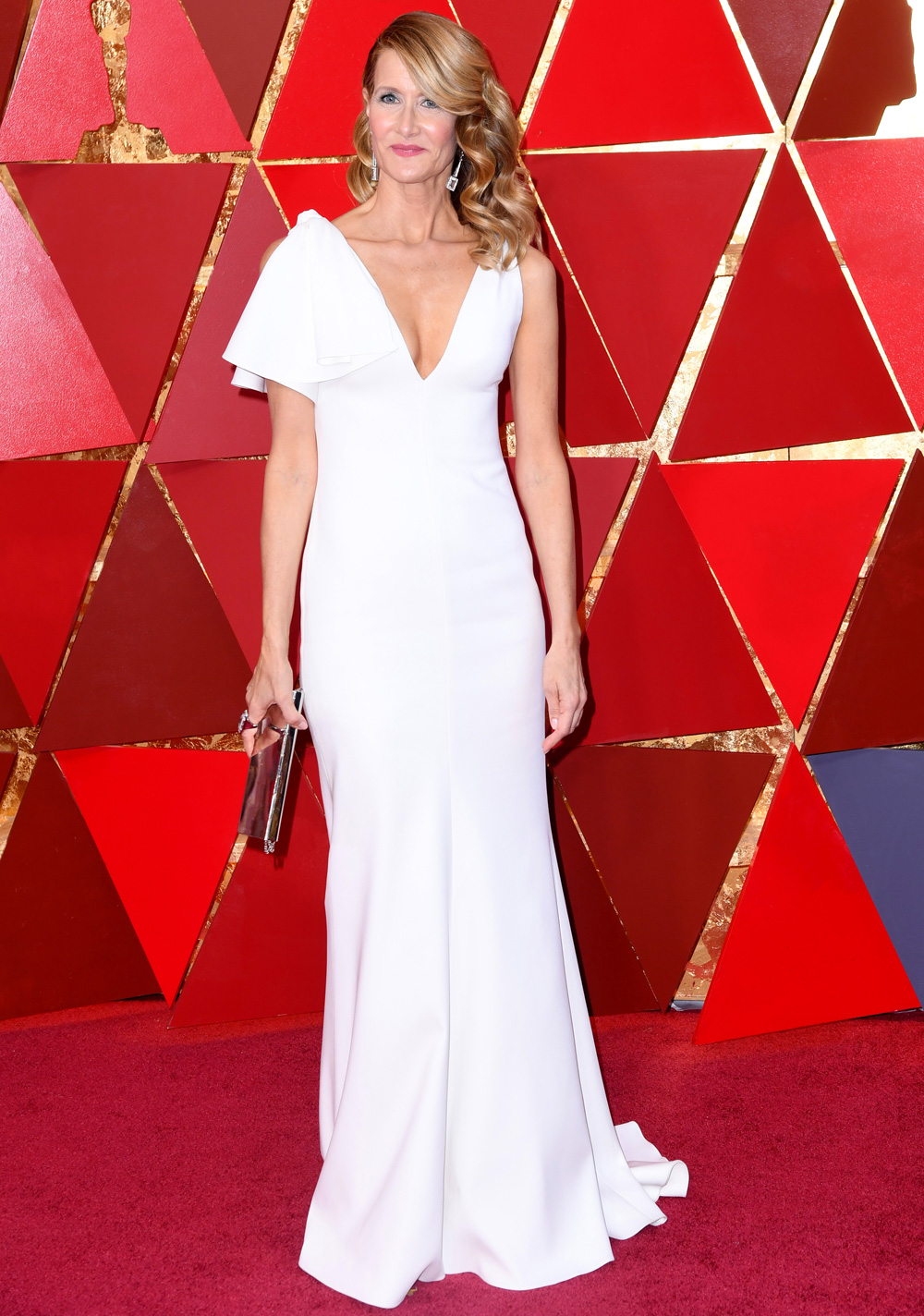 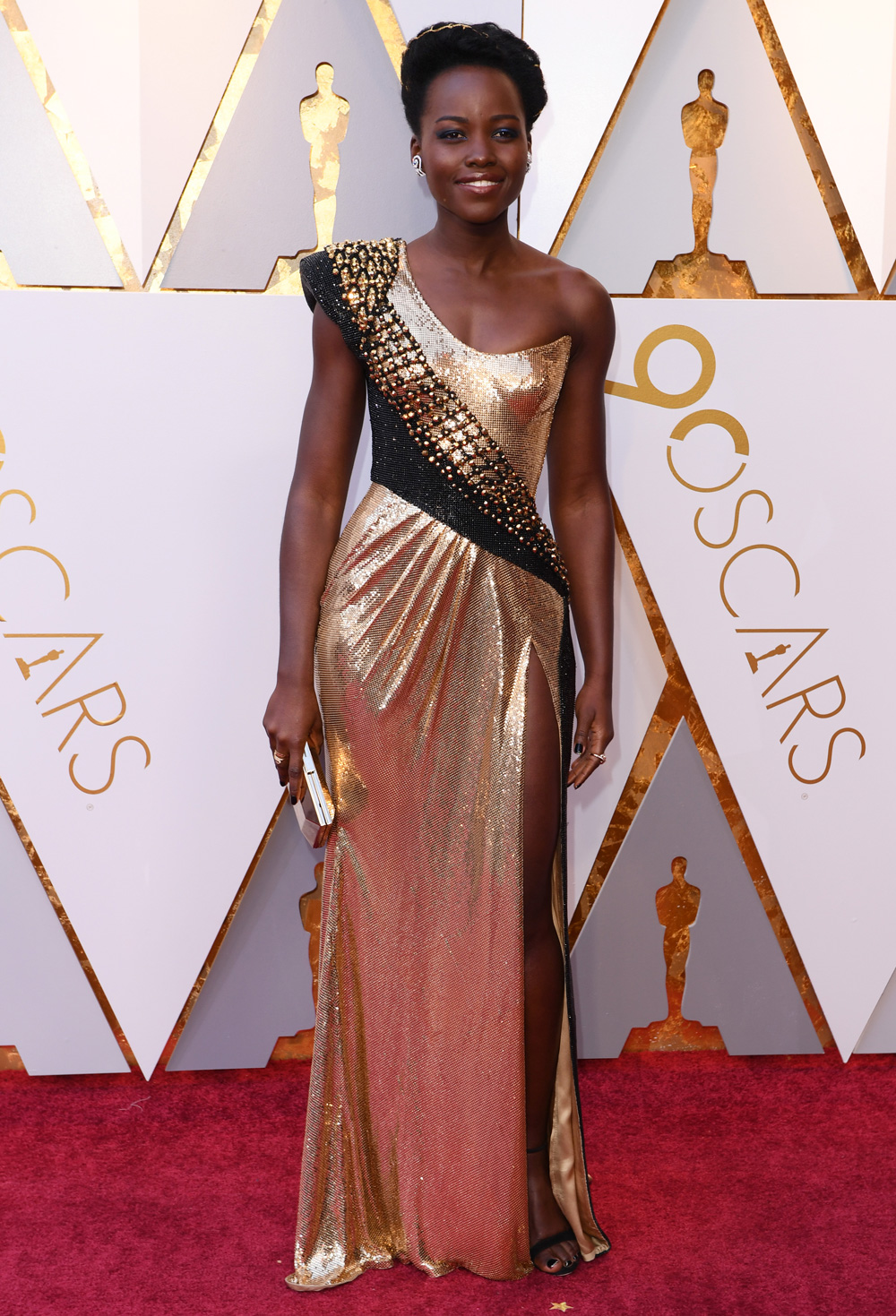 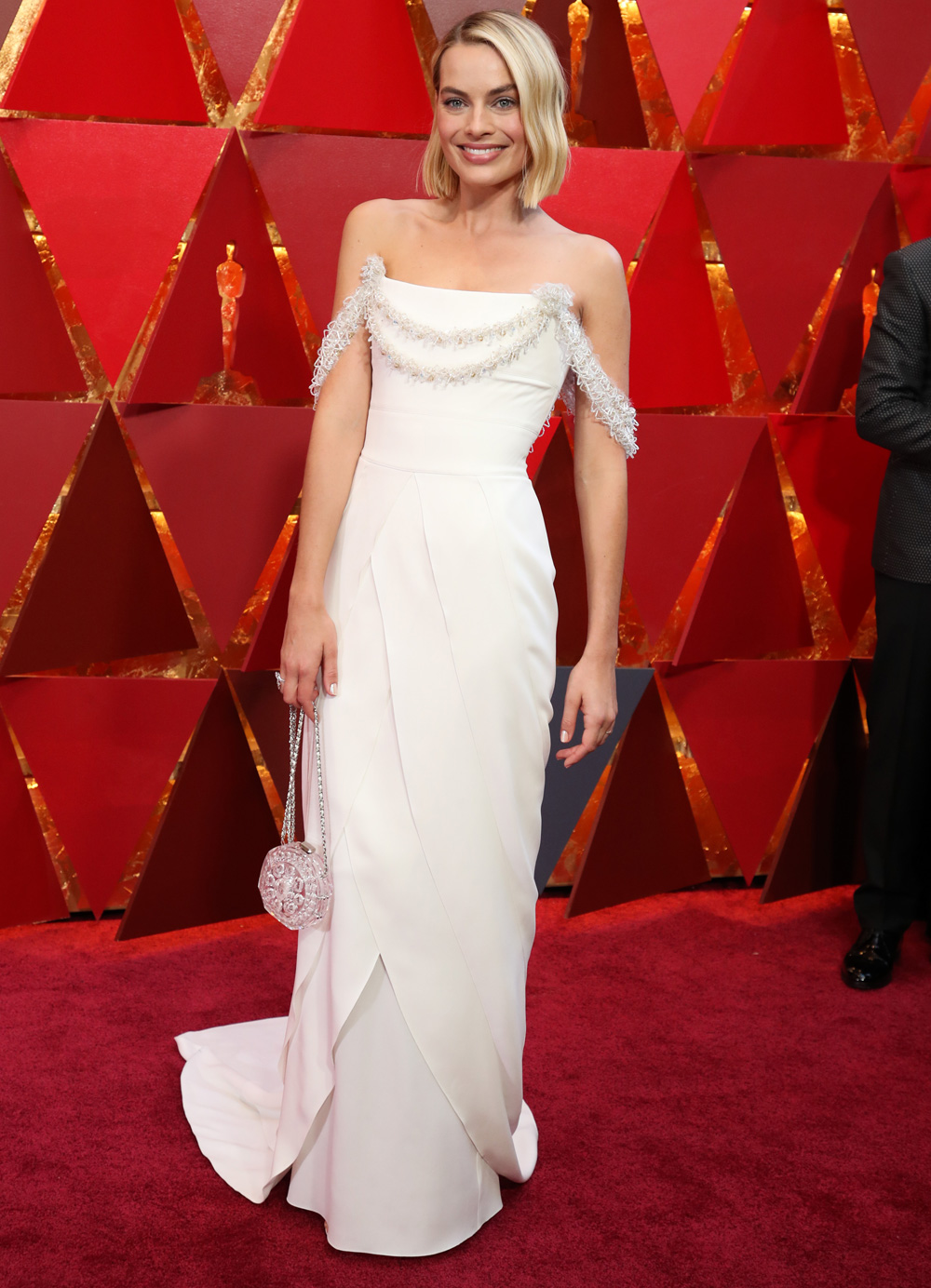 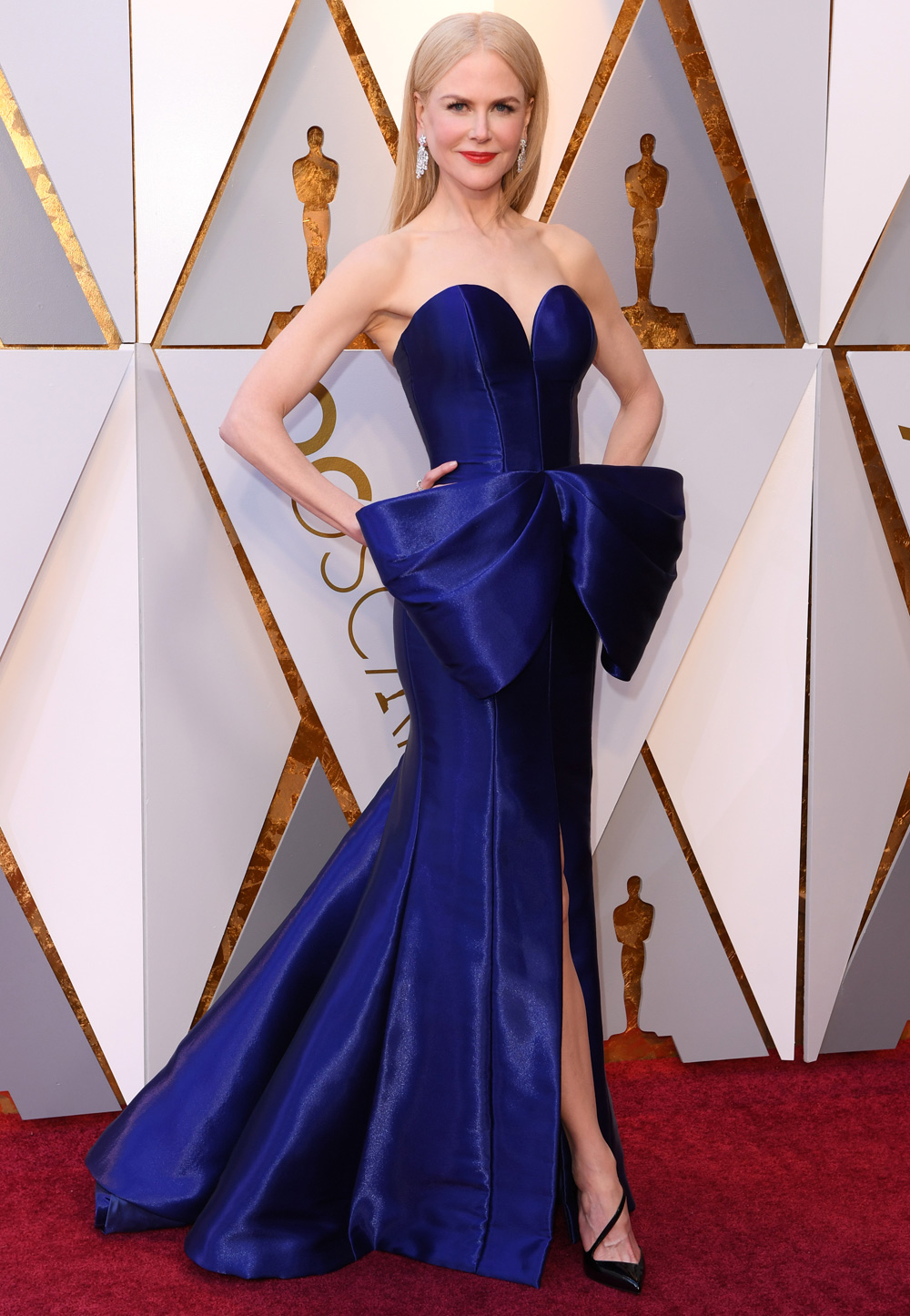 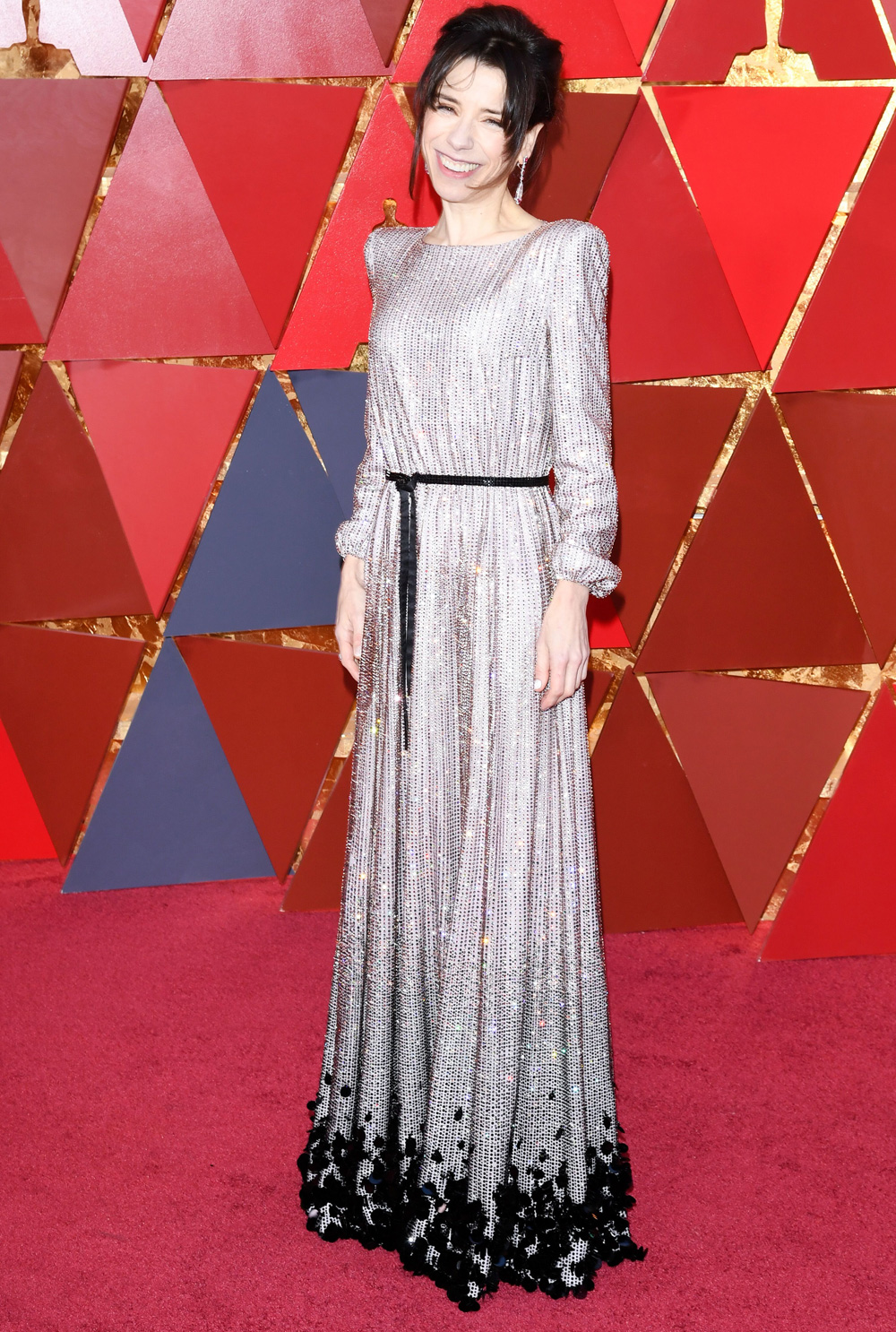 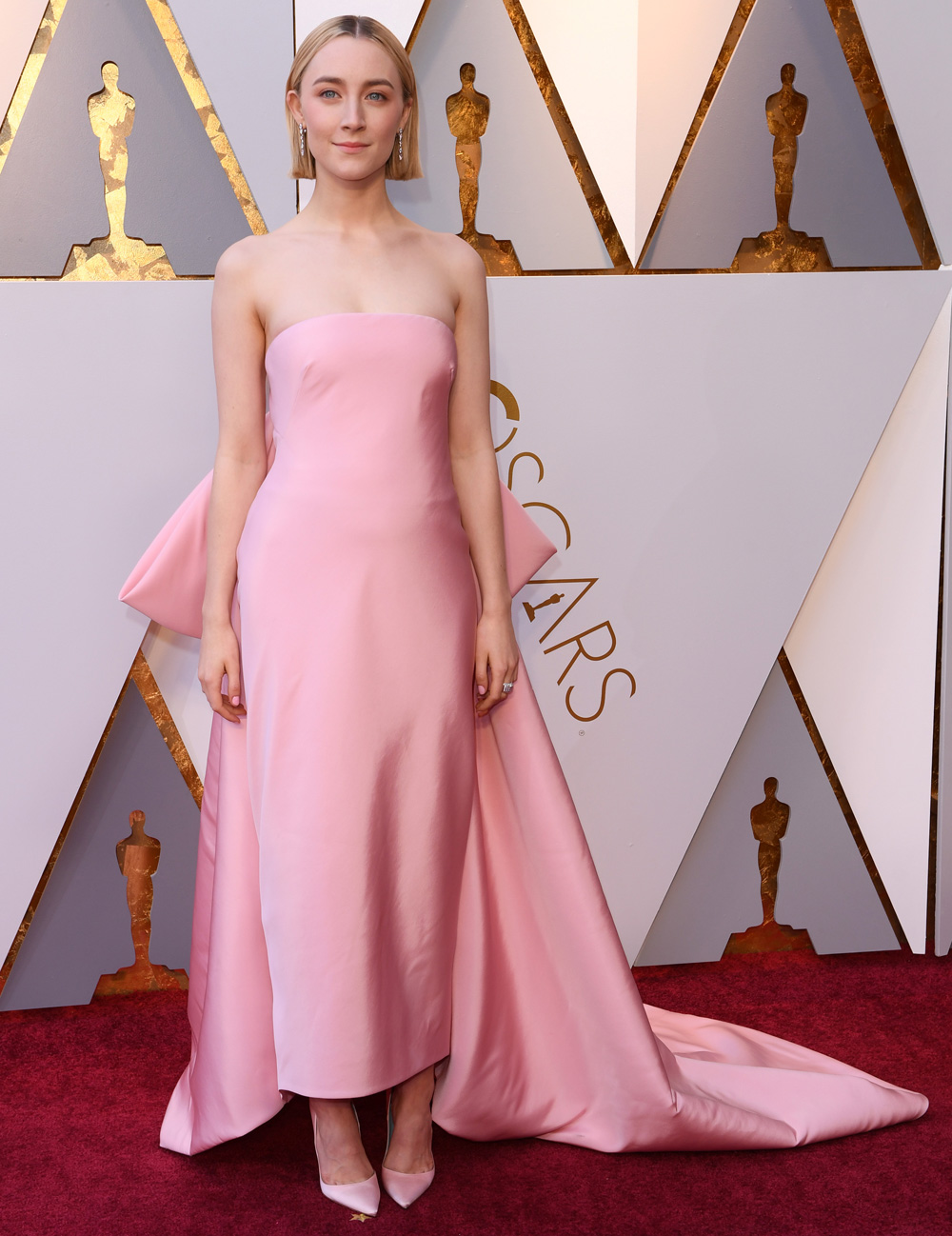