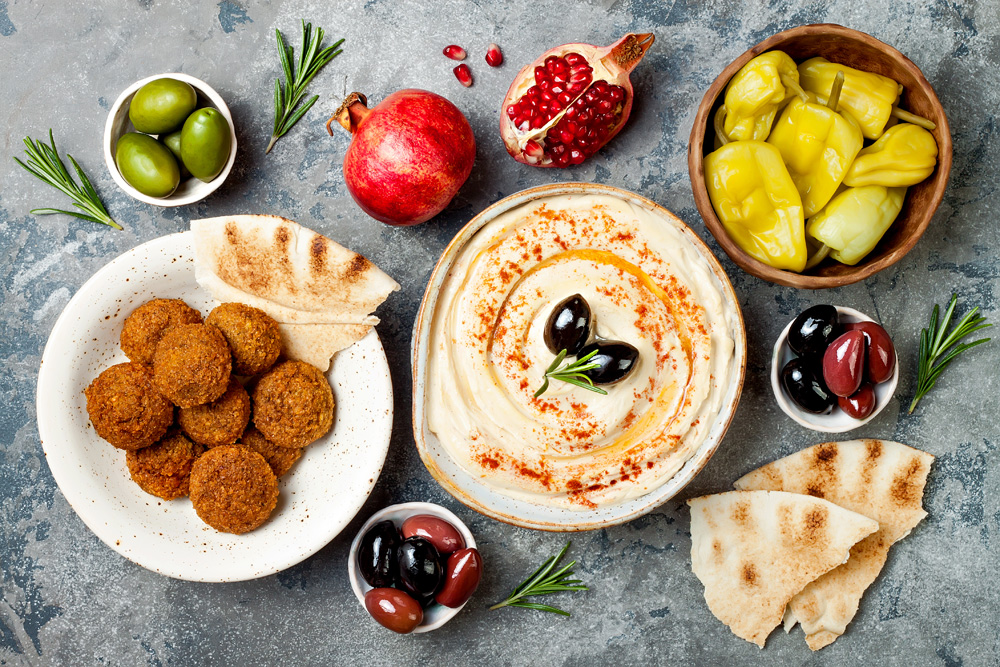 Finding vegan restaurants in the Middle East is a daunting task, but being an Arab vegan isn’t always so tough, especially when there is Lebanese Mezze.

And we agree, many mezze dishes do contain a lot of cheese and meat but there are some incredibly mouthwatering options that are purely vegan and rather healthy.

NB: No animals or dairy were used in the making of these glorious dishes. 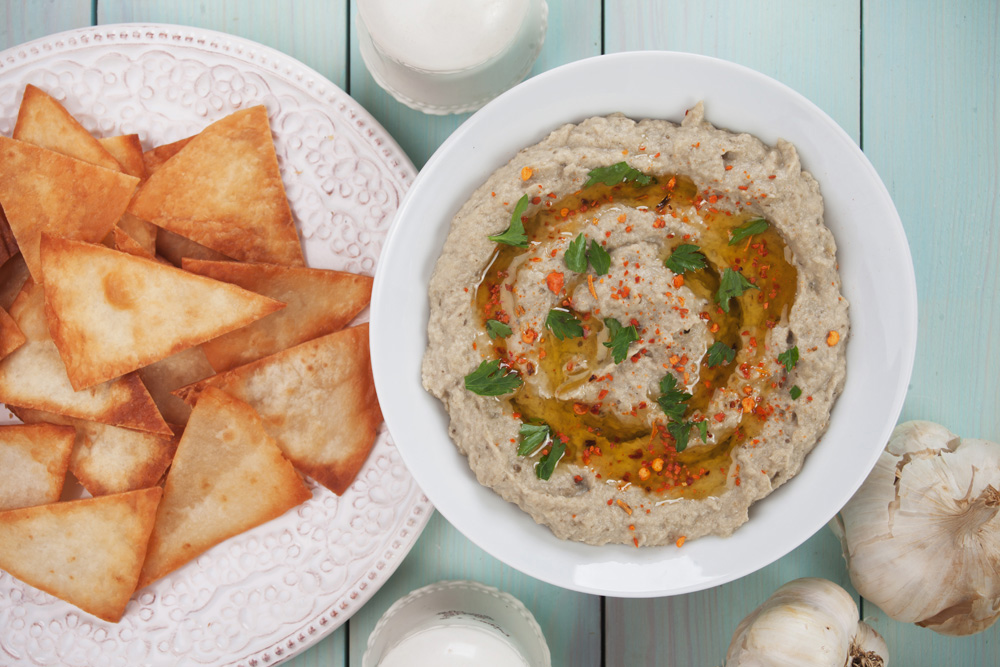 Eggplants are used in many Arabian dishes and Baba Ghannouj is a well-known specialty. Often served as a dip with bread, this delicious dish is a concoction of cooked eggplants, tahini, olive oil, seasonings and a garnished with pomegranate seeds. 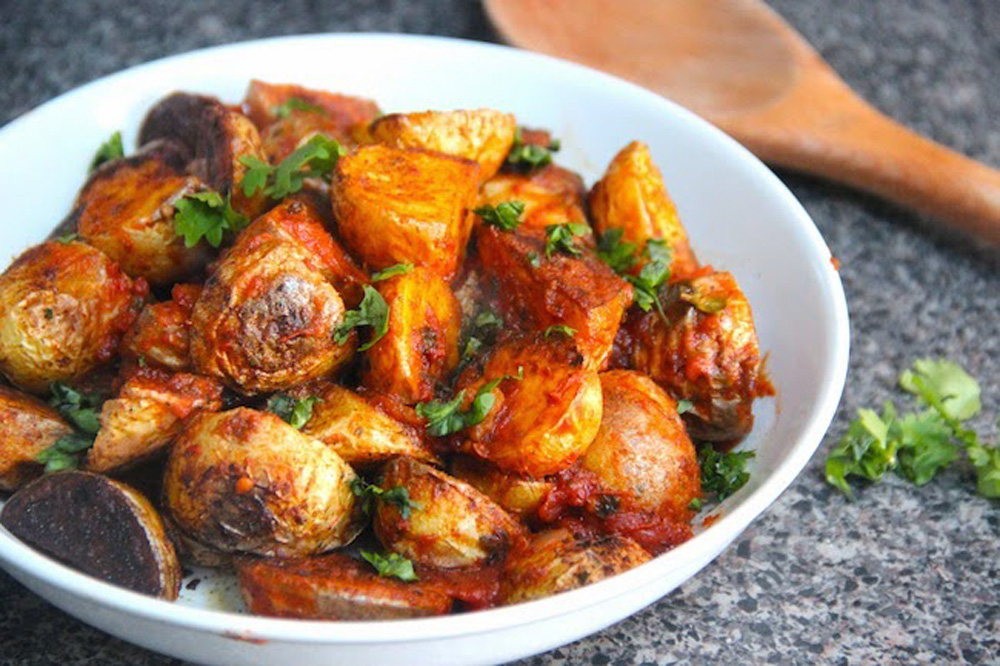 A staple dish when it comes to Leabnese Mezze. This simple recipe consists of cubed potato marinated in red pepper, coriander, chili and garlic before being fried in olive oil and then served up with toppings of cherry tomatoes and chili sauces. This easy dish is always a party favourite. 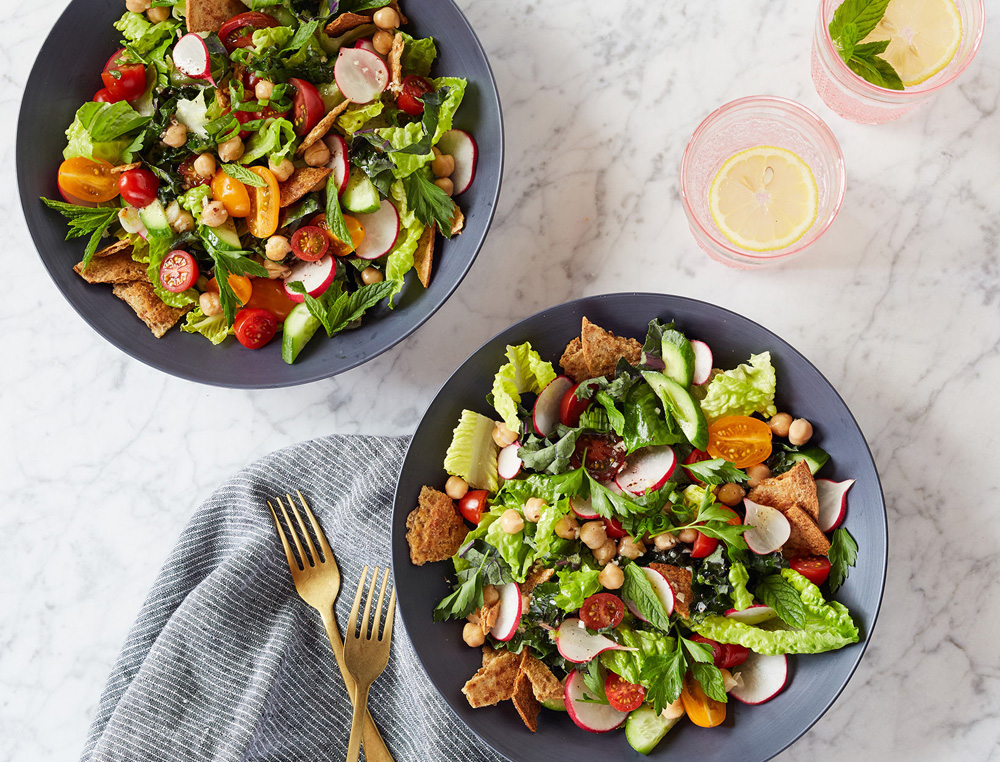 Fattoush is a Middle Eastern classic; a salad made from a crispy fried bread combined with mixed greens and chunky vegetables. Rich in fibers and vitamins, it is undeniably one of the healthiest vegan choices on an Arabic food menu. 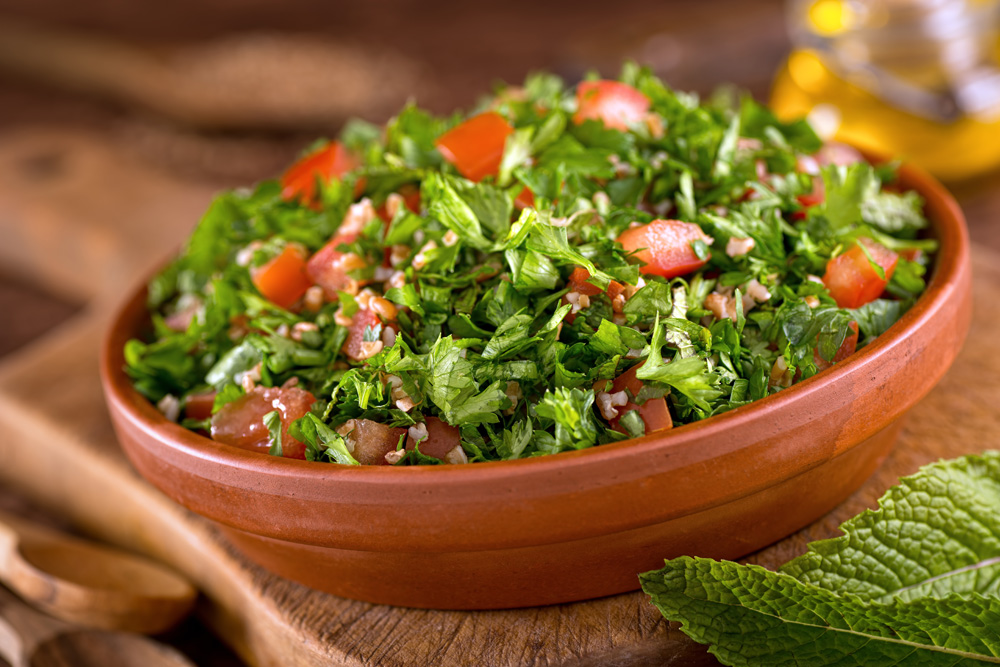 Ok ok, we know vegans don’t just live on salads, but this one is a Middle Eastern favorite and really good for you! It consists of finely chopped tomatoes, mint, onions, burghoul, tonnes of parsley and you can experiment by adding quinoa or lentils! 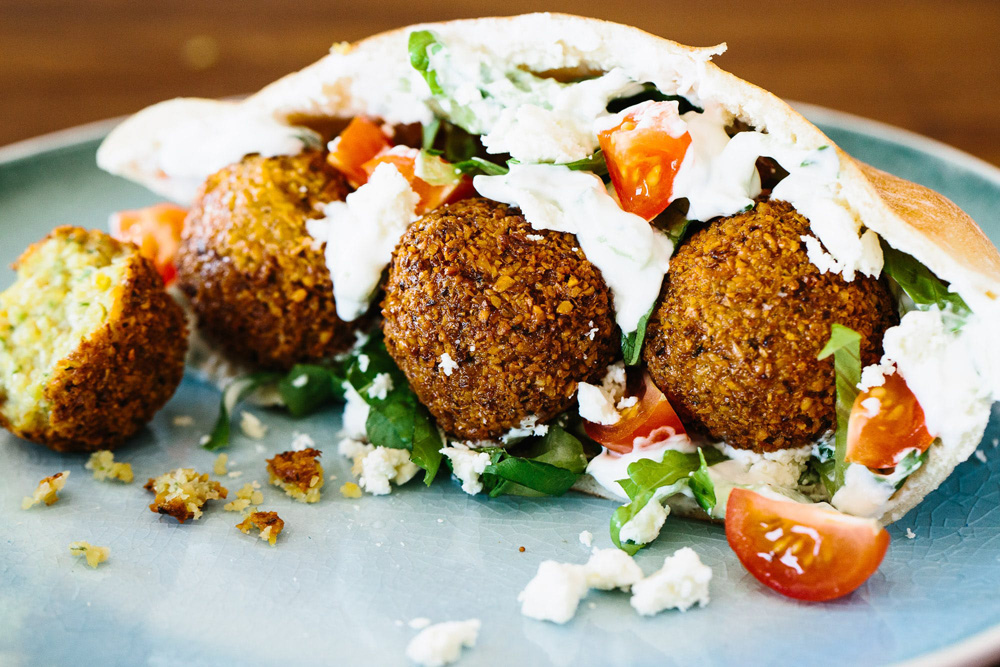 Falafel is an Arab street-food phenomenon; a deep fried patty of ground chickpeas and a combination of spices. Usually you’d get it in a wrap with lettuce, tomatoes, pickles and tahini. It is literally the vegan Arab’s dream meal. 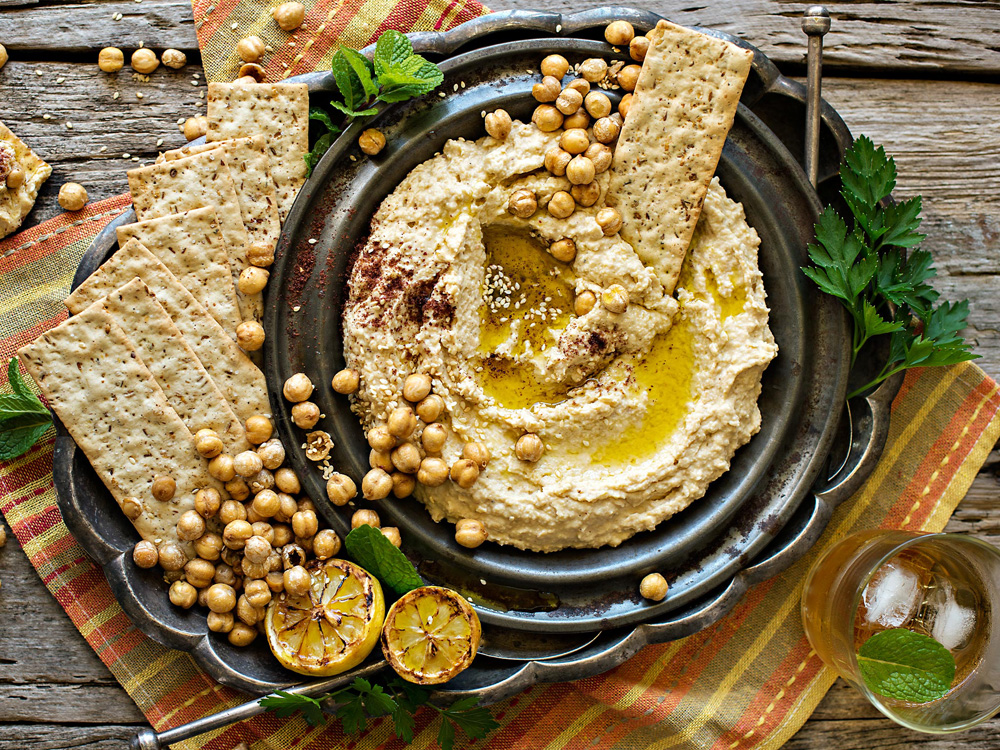 Always the star of the show, the one side dish that no Arabian meal is complete without – hummus.

The chickpea based paste is perfect for dipping or using as a sandwich base.

Vegans often substitute mayonnaise for the golden dip and it also comes in various flavors including red-pepper and garlic. The Arab vegan diet isn’t complete without it. 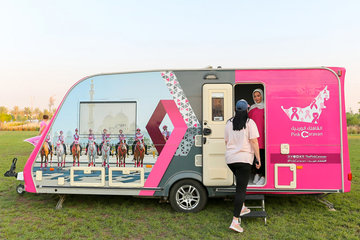