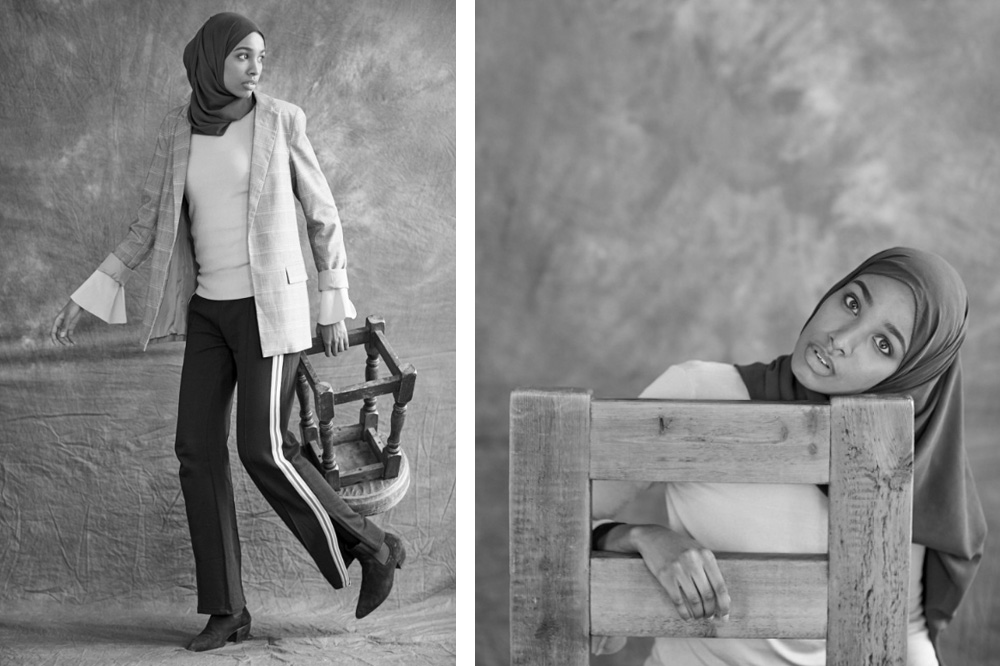 In 2017, Halima Aden became the first hijabi model to grace the cover of an American beauty magazine. The then 19-year-old made history that summer as an Allure Magazine cover girl. Since then, she has been joined by other hijabi models on the catwalks of the biggest shows out there, the latest being Ikram Abdi Omar who made her debut at the Molly Goddard Fall 2018 show, one of London Fashion Week’s most talked-about shows.

25th of Feb was the last day of London fashion week festival I didn’t want it to end because I had so much fun. Walked for @juicycouture ! Plus I met so many amazing people #lfwf #lfw : @misslohana make up: @tamzinmua

Speaking to Vogue Arabia, the stunning Somali model explained that having “models from different races, religions, and backgrounds gives hope to younger girls […] For instance, a young black Muslim girl can be proud to see someone that looks just like her, in the sense of skin tone and clothing, can make it to London Fashion Week.”

At 5 feet 11 inches, Abdi Omar is striking in her beauty and presence. She began her career as a photoshoot model for abaya and hijab brands before signing with the Bookings Models agency, which led to her first catwalk appearance at London Modest Fashion Week alongside fellow Somali model Aden.

“Walking for Molly Goddard was so eye-opening. You have to be patient and queue up for ages when you go for a casting, but it’s all worth it when you get told that you have a chance to be part of such a massive show. I’m from Bristol [UK] so I have got used to making my way around places here in London,” she explained to the magazine.

The 21-year-old already has a loyal following online, sharing photos of her recent show and past experiences with over 13,000 followers. She recently posted a photo of herself with actress Lindsay Lohan, who was also rocking a stylish black hijab. The flame-haired Lohan explained to BBC Minute that fashion for her “doesn’t always have to be so naked and can be adventurous and still beautiful with a strong group of women behind it.”

As Adbi Omar wraps up her first-ever runway show, she is already looking forward to more runway time and feels hopeful about the inclusion of more hijabi models in major shows in the future, saying, “I’ve seen a hijabi at two of the castings I’ve been to […] which is so exciting! We are becoming stronger and there are more and more of us out here representing.”