Milan Fashion Week at a Glimpse

There were so many surprising ready-to-wear shows during Milan Fashion Week. 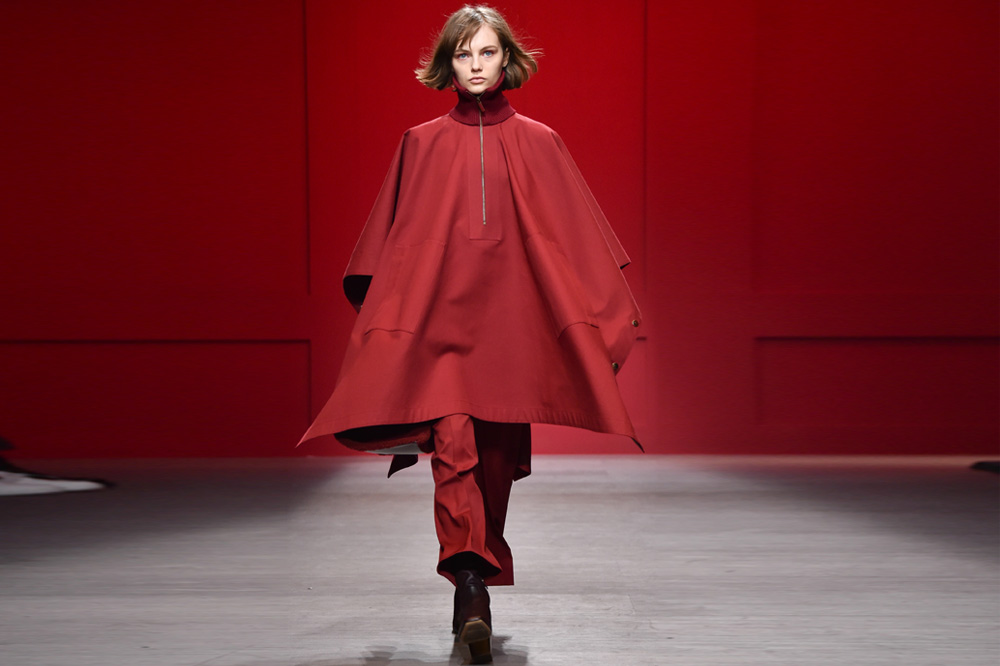 For his debut as Creative Director at Salvatore Ferragamo, Paul Andrew featured lots of leather, flared, flowing dresses and open-heeled shoes with squared golden heels. There was also a spotlight on long coats (we love the scarf-lining) and extra long canvas capes. 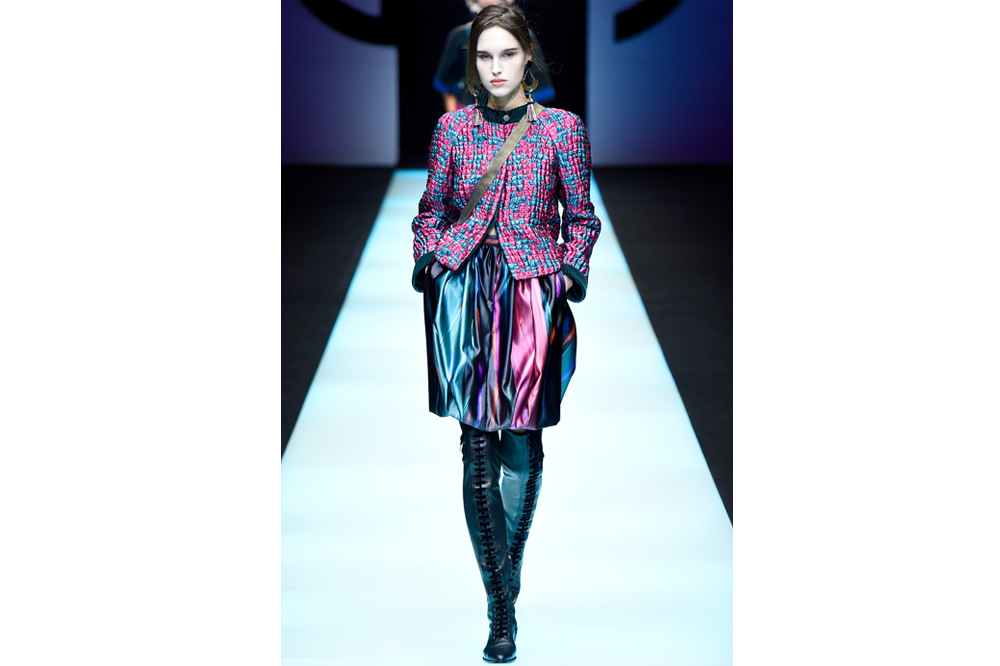 We saw the usual elegant silhouettes and lots of cool greys and soft blacks at Giorgio Armani. However, we also loved the pantaloon puff ball shorts and skirts, balloon shaped sleeves, huge hats and formfitting embroidered jackets at the partly Tudor-era inspired show. 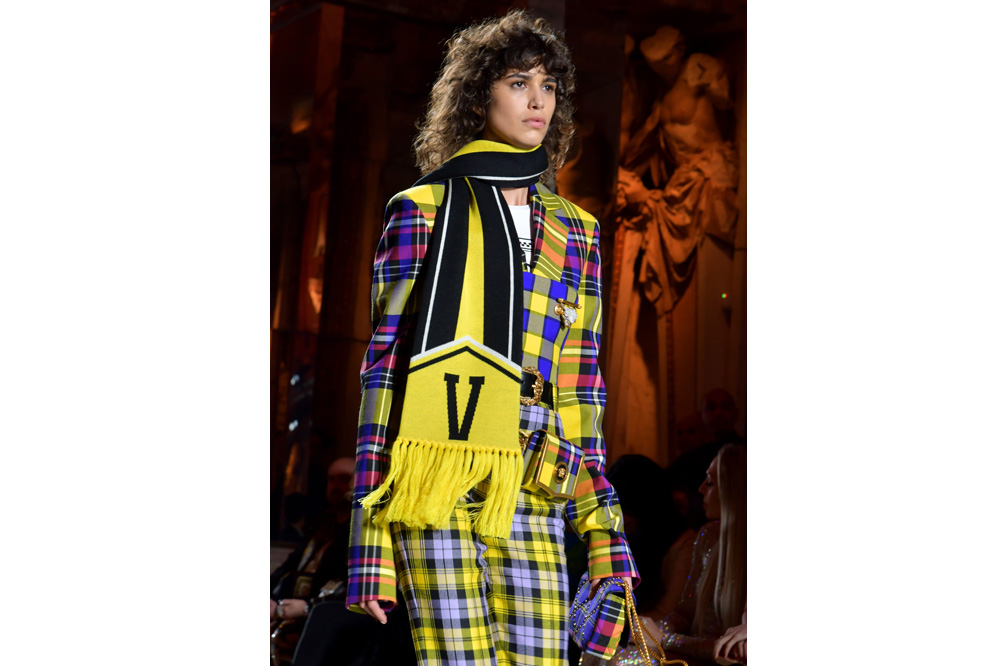 Once again, Versace’s show was chock-full of throwbacks, with lots of plaids layered on top of each other, bold colours and mixed patterns. The black bodycon dresses also took us back in time. Plus, Donatella presented us with very fitted power dressing and gorgeous sporty takes. We can’t wait to wear those footballer scarves! 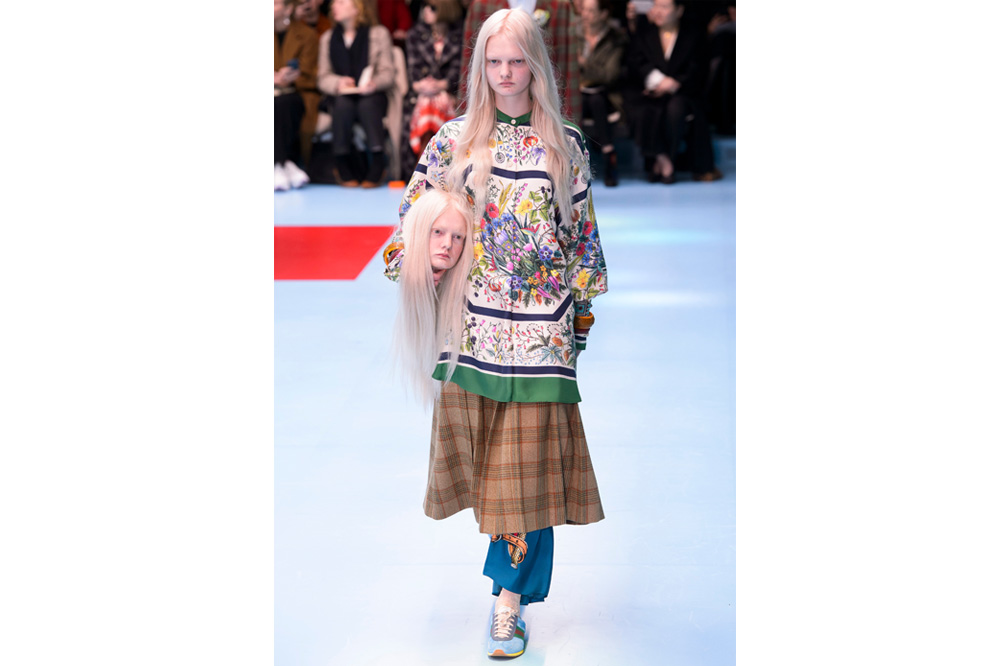 Different corners of the world served as inspiration for the Gucci show. And the standout accessories, from the knitted and lace balaclavas to the Sikh turbans and embellished headpieces, were a real highlight alongside an eclectic mix of prints or more pared down pieces. Understandably, it was the bizarre props like the baby dragons, snakes and replicas of models’ heads that really made the headlines. 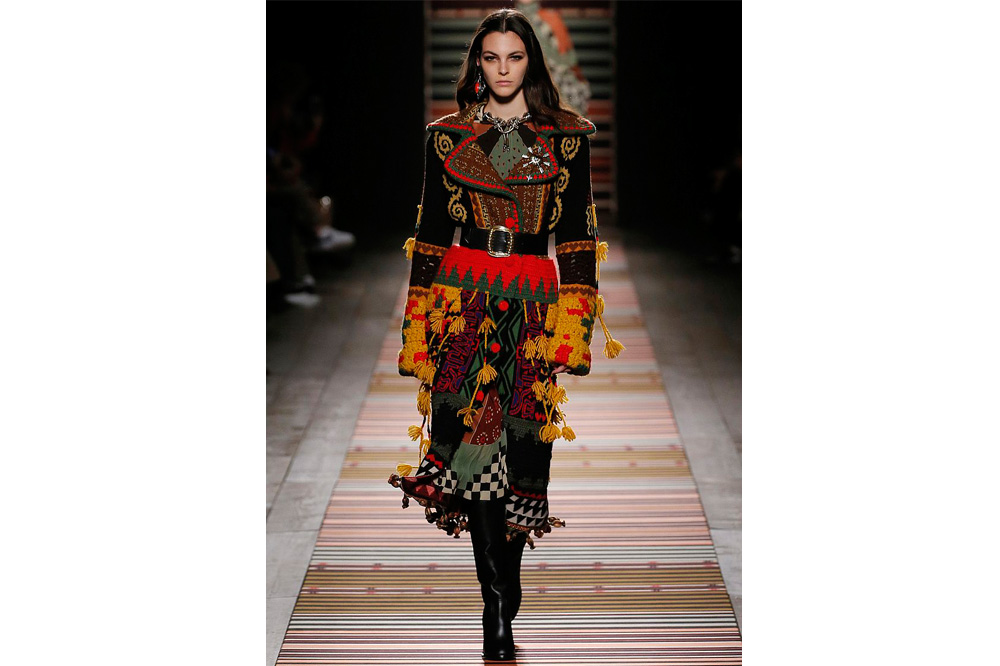 The bold patterns at Etro ranged from graphic checkerboard detailing to sweeping mirage-like landscapes. The house’s signature paisley was reinterpreted and featured alongside wallpaper florals, for example. Knitwear, whether dresses, cropped jumpers or outerwear, took over, as did romantic silhouettes. 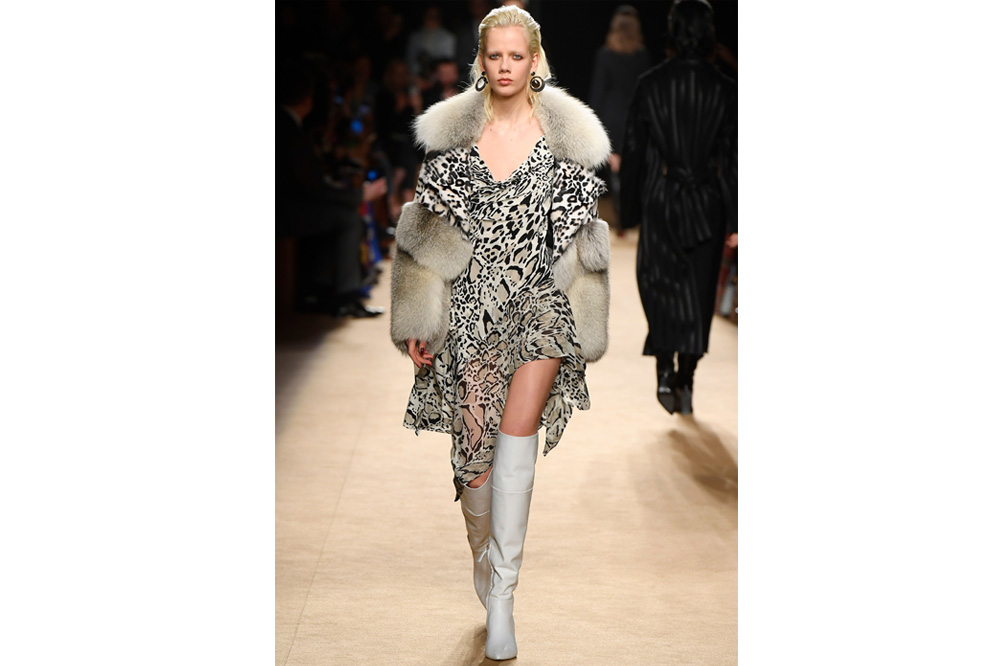 The stretch wools, silks and knits streamlined silhouettes at Roberto Cavalli, while billowing chiffons, flirtatious drapes and transparent bouclé added some contrast. The animalier patterns associated with the designer were on show, as were furs and exotic skins. We also saw a selection of revived iconic eveningwear pieces, saturated colours and thigh-high boots. 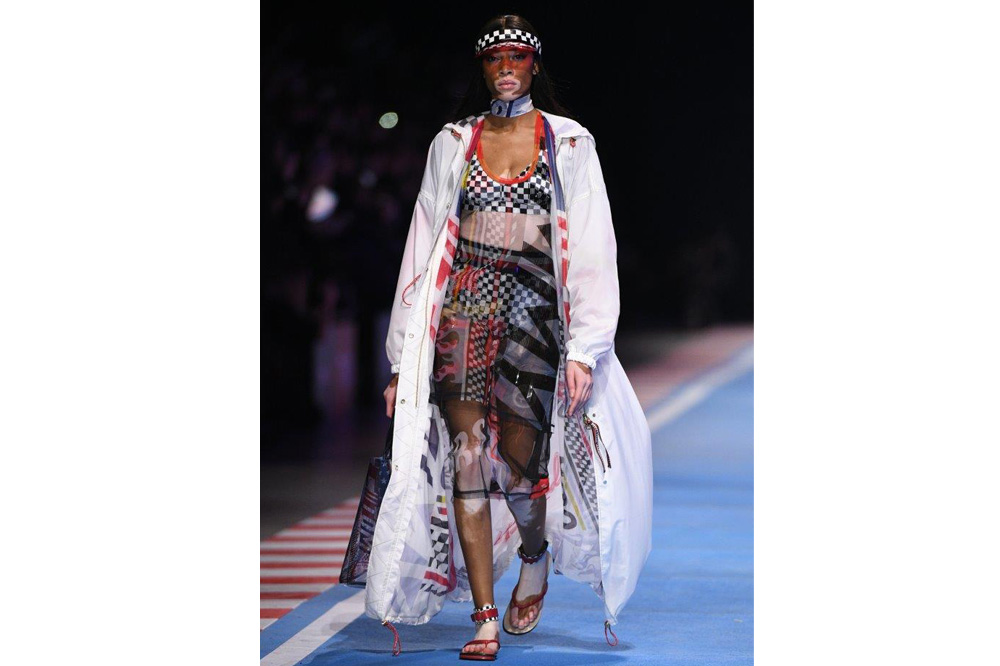 Cool confidence and graphic interpretations of speed stripes, checkerboard and archival logos ruled at Tommy Hilfiger’s TommyNow “Drive” show. The buy now, see now event was a tribute to Hilfiger’s longtime love of the adrenaline-fuelled world of Formula One. It also marked the global launch of the spring 2018 “TommyXGigi” capsule collection. 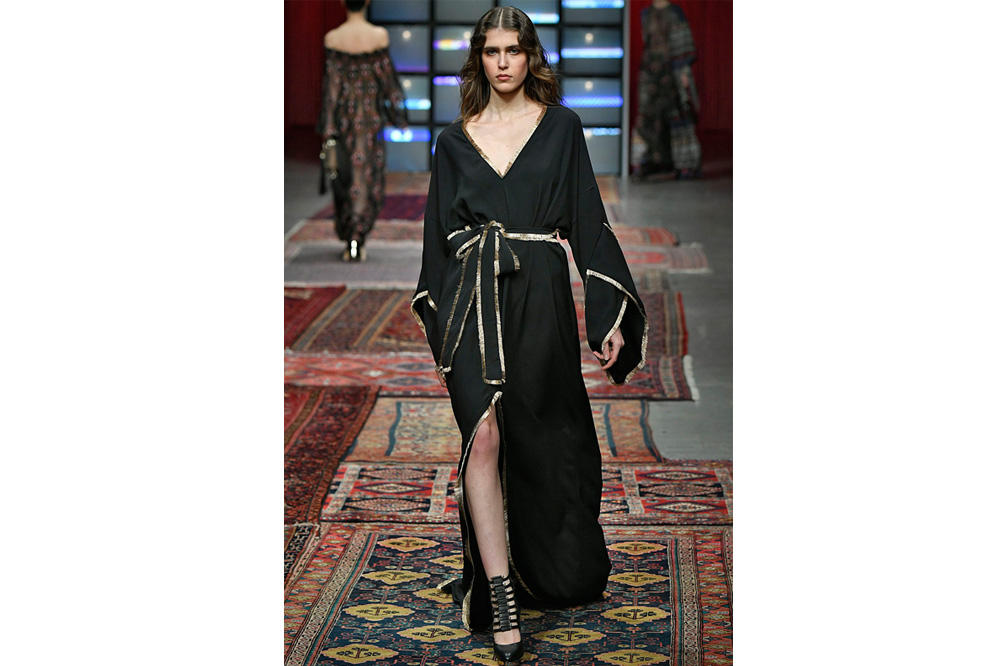 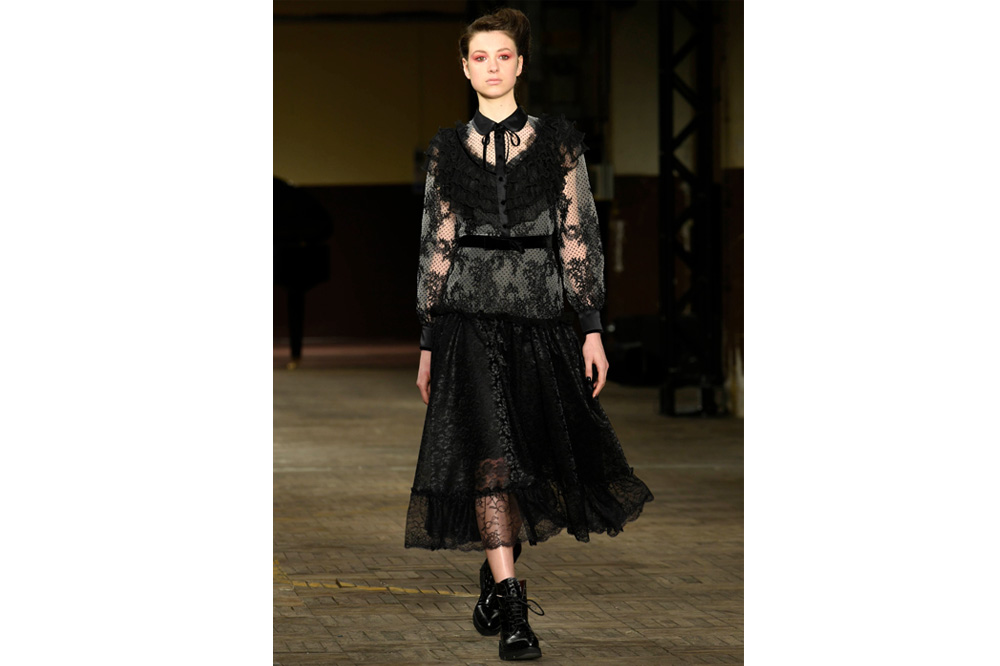 Antonio Marras gave us 92 glamorous looks during his show that imagined the many characters Marras’s ancestor encountered along his boat trip from Sardinia to New York. Whether, romantic, business-like, punkish or opulent, there was a lot of black. He also elevated today’s sweatshirts and puffers in his own unique way. 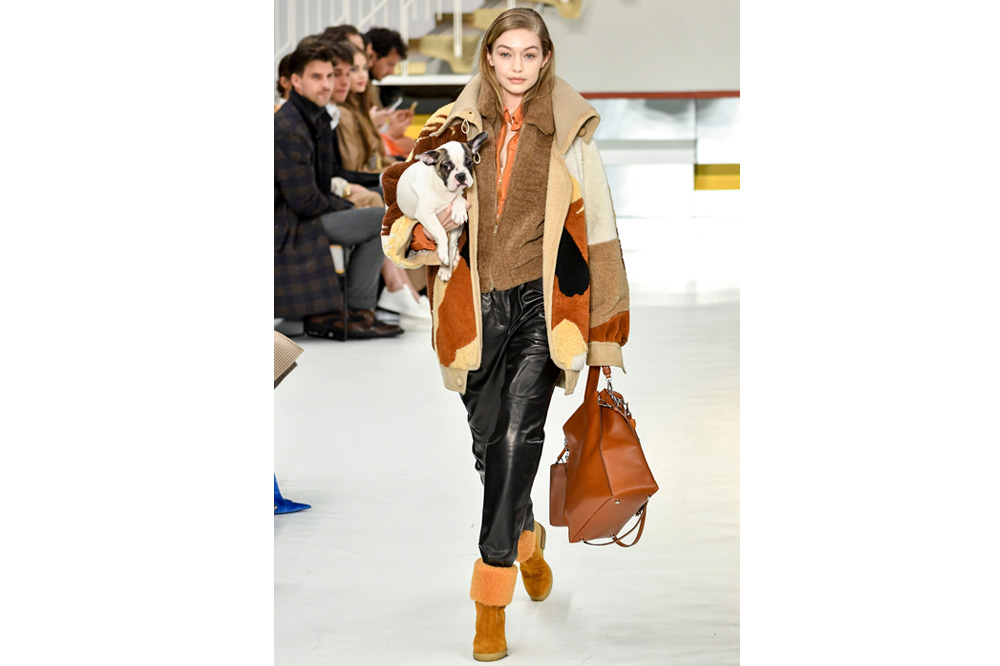 Sporty leisure wear (and adorable puppies) were the vanguard of the Tod’s show. The main focus was on oversized fleeces, butter-soft leather trousers, teddy bear shearling and relaxed shirt dresses. For outerwear, the options included patent leather coats, rain macs and parkas. The palette, which included buttercup and toffee tones, was mostly neutral. 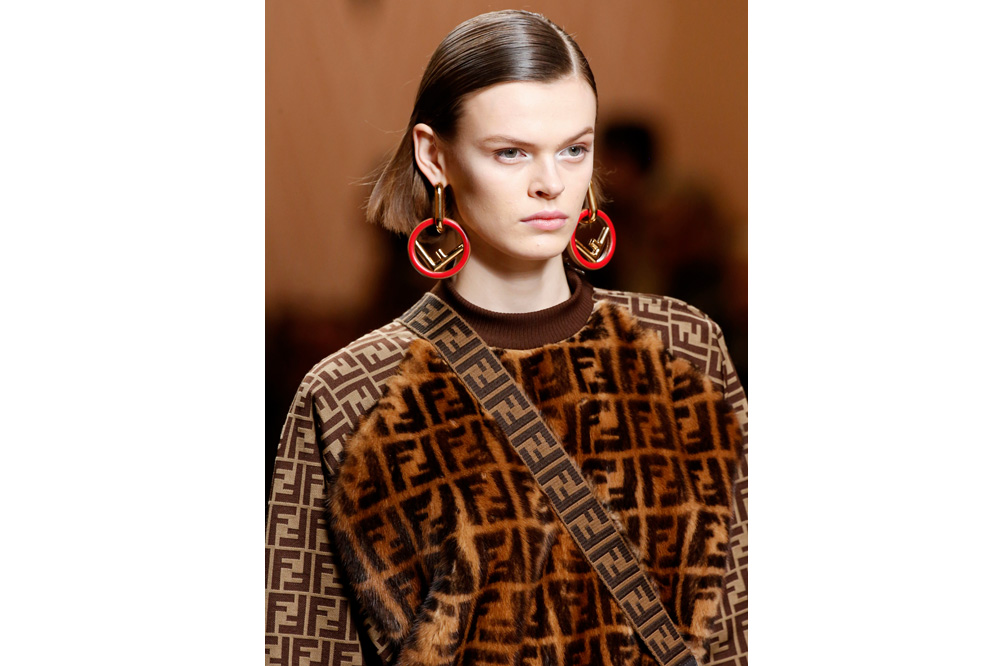 Fendi got the memo about logomania trending again and re-introduced the double F on everything, from coats and sweatshirts to baguette bags. The collection, which seemed to be a nod to the 80s Sloane Ranger, featured plaids and checks, plus some romantic dresses. The Fendi T-shirt, Western boots and fur sweatshirts with the Fila logo were surely appreciated by the younger crowd. 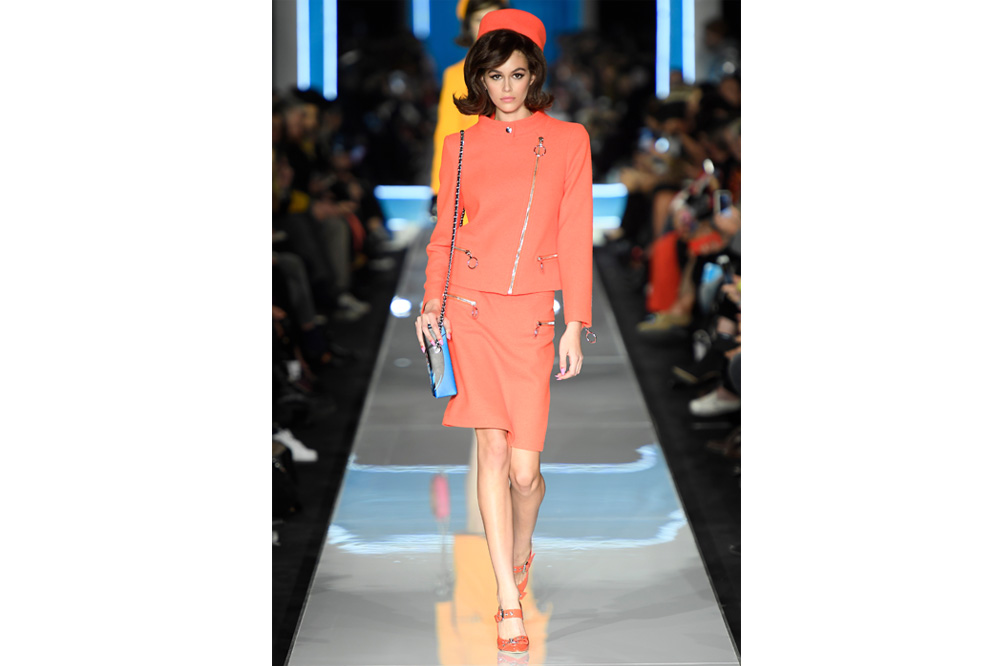 The bold prints at Moschino were a result of Jeremy Scott’s collaboration with Ben Frost, known for his kaleidoscopic pop art. As well as all the techni-coloured pieces, we had short hemlines, pillbox hats and bold hued tailored cape and jacket skirt suits, all a superlative nod to Jackie Onassis. Mind you, we also had visions of 1960s flight attendants. There was a reference to aliens too, thanks to the models painted in shades of orange, yellow and aqua. For eveningwear, retro ball gowns appeared with silver beading. 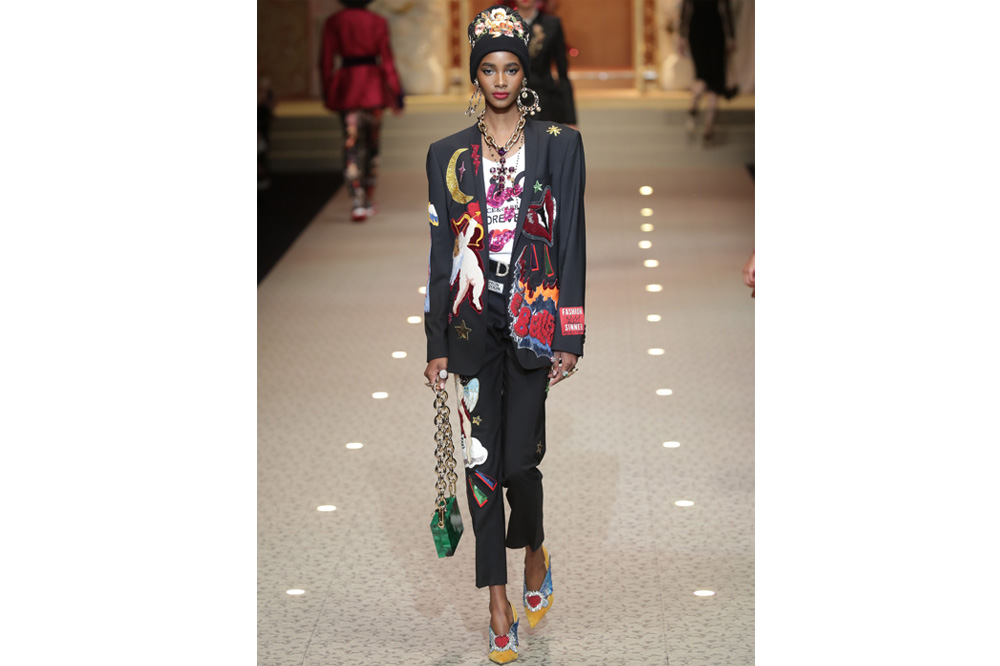 Drones carried the maison’s new handbags, replacing the trendy and privileged millennials who had already worked their magic during a secret Dolce & Gabbana show. Then models at the “Fashion Devotion” themed show paraded down in some of the label's signatures, including lace detailing, Mary Jane shoes, mini dresses, brocade and sequins. Cherub prints, velvet, embroidery, sophisticated trouser suits and flashy sportswear (the latter surely made with millennials in mind) also made their mark.