After One Whole Year on Bikes, Indonesian Couple Arrive in Mecca 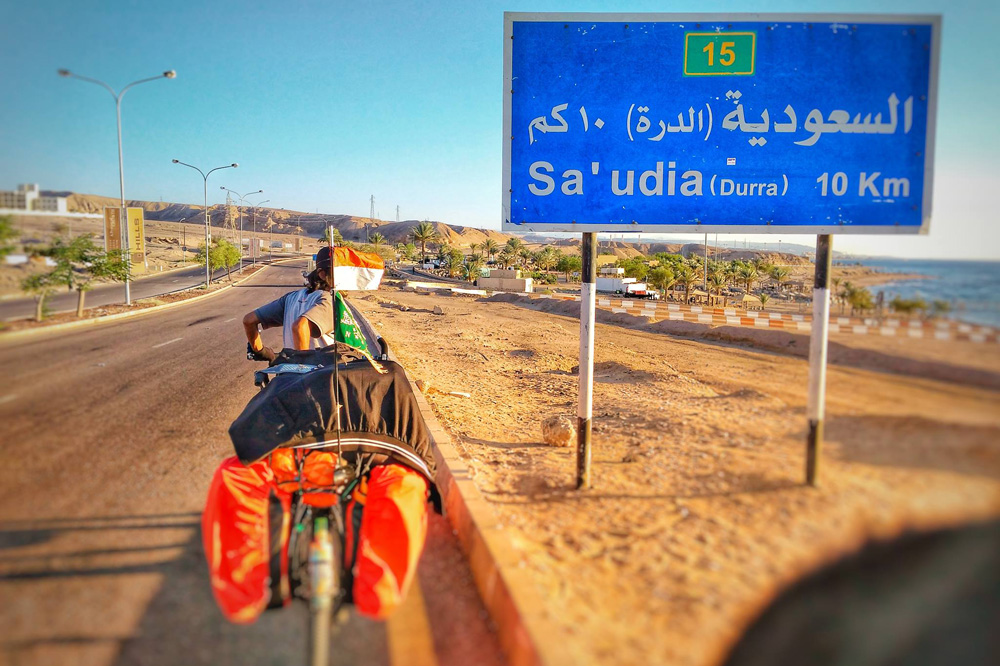 Every year, Muslims from every corner of the globe journey to Mecca, most of them arriving by air, a few by sea, and a small number from neighboring countries by road. This year, however, one couple has made headlines for their choice of transportation. After 12,000 kilometers and 12 long months on the road, Hakam Mabruri and his wife Rofingatul Islamiah finally arrived in Mecca, making the entire trip by bike. 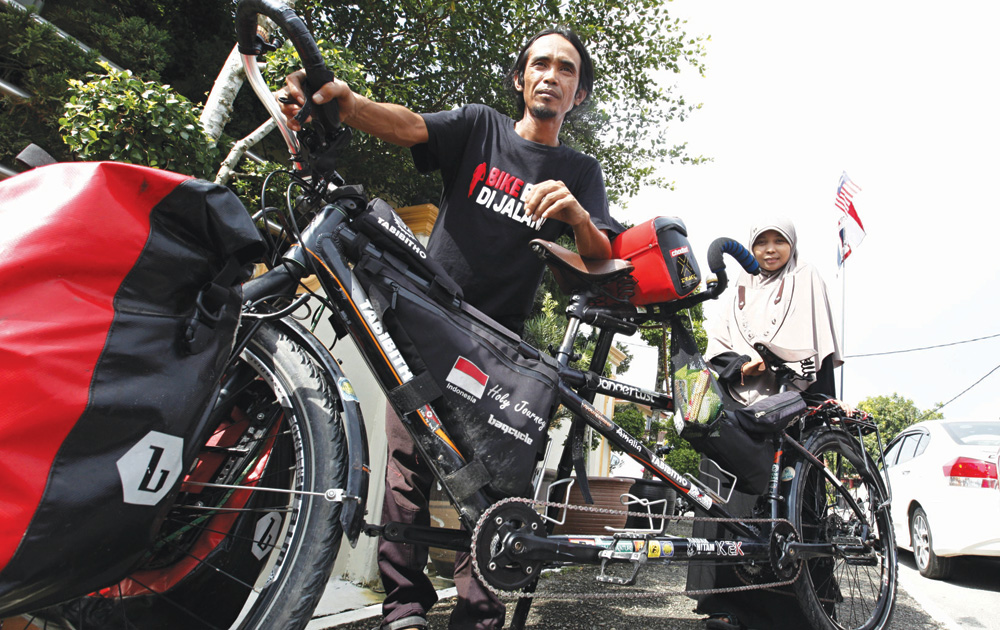 According to Saudi Gazette, the couple left on December 17, 2016, after a month and a half of preparing, with a mission to spread a message of peace and tolerance regarding Islam. Mabruri and Islamiah, who are both 35 and share a sense of adventure, designed a custom bike with two seats, a luggage carrier, and two sets of pedals, which they then got made in a factory.

Mabruri explained to the news agency that the design for the bicycle was chosen because it symbolized harmony in married life, saying, “The bicycle teaches people how to smoothly navigate through ups and downs in life. To go upward they need to work harder and while going down they need to keep everything under control. This philosophy can be applied to face life’s challenges as well.” 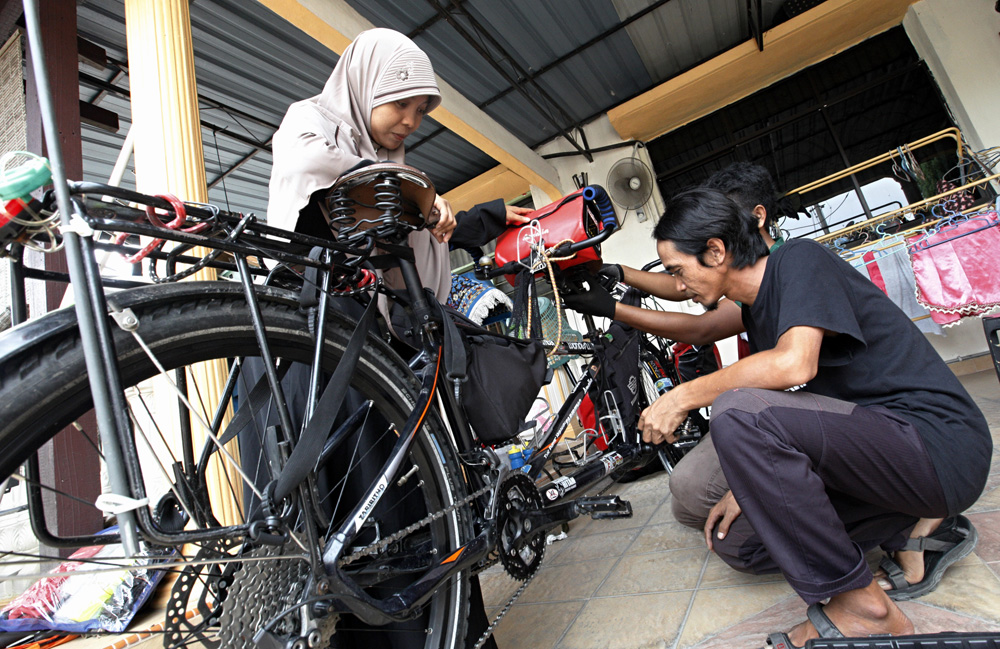 Mabruri majored in agricultural science and Islamiah is on her way towards becoming a psychologist. Before getting married four years ago, Islamiah knew her husband to be an adventurous man who had already traveled a lot. So, it was only natural they would share this experience together, which has ended with beautiful news for the couple: they are expecting their first baby in a few months. Inspired and excited by their trip, they have decided to name the baby Mukafeh, which means “a striver.” 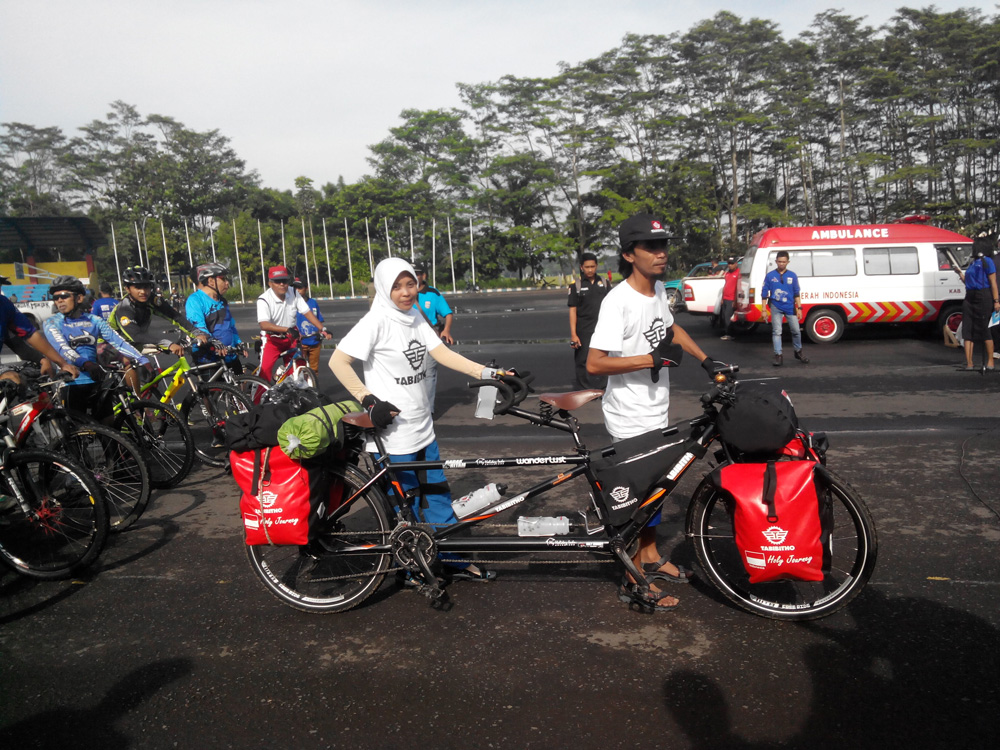 Last year, Khaleej Times published a story on 28-year-old Mohammad Khamim Setiawan, another Indonesian pilgrim who also embarked on a year-long journey to Mecca but by foot. Setiawan, who started his journey to Mecca from Pekalongan City in the Central Java province, explained that, according to the Holy Quran, walking is a pure form of doing the Haj. 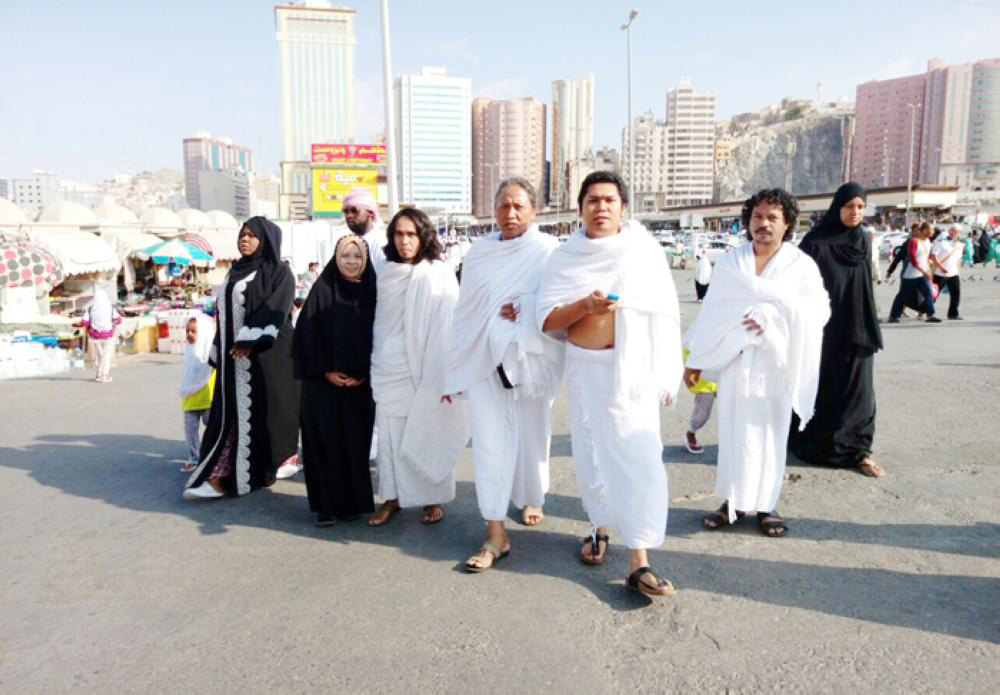 He started walking on August 28, 2016, with “nothing but a couple of shirts, two pairs of pants and shoes, a dozen pair of socks, several undergarments, a sleeping bag and tent, a portable torch, a smart phone and a GPS.”