Funny Feminism: The Female Arab Comics That Are Cracking Us Up 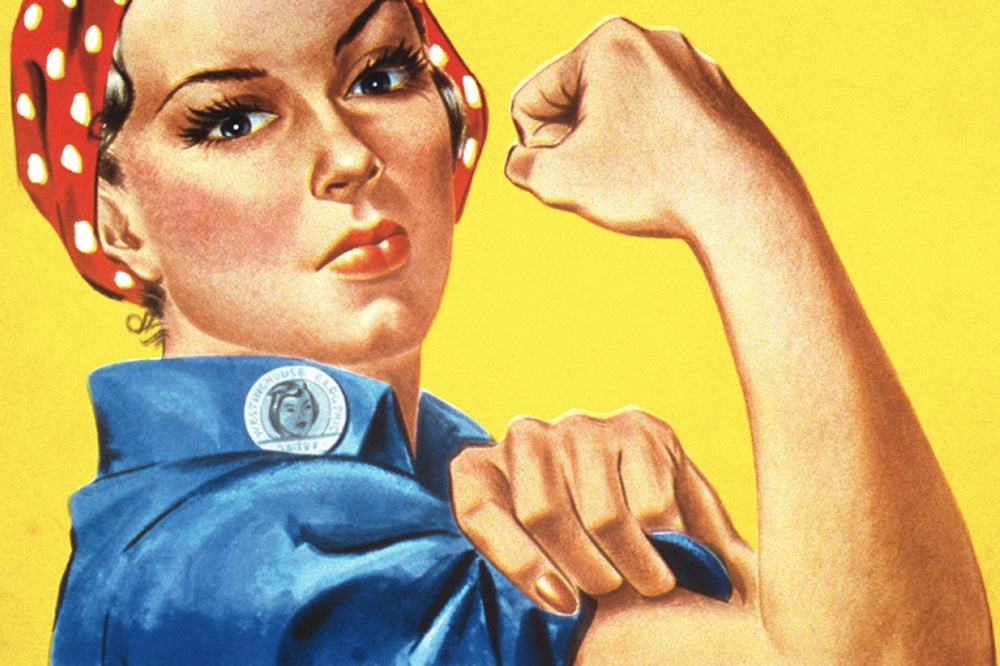 The hilarious page takes existing Lichtenstein-esque comics and adds an Arab twist that delivers important messages, whilst making us giggle with its tongue-in-cheek humor.

Having launched in March 2017, and already with a fan base of 16,000, Kharabish Nasawiya tackles significant issues in the Arab world, from gender stereotypes to sexual harassment.

The woman behind this Facebook phenomenon is a feminist researcher, artist and writer who chooses to remain anonymous. Whilst speaking to Stepfeed she said, "Kharabish Nasawiya aims to occupy a feminist space online, where feminism is not demonized but rather celebrated. It aims towards recycling pop art found on the internet and give it a feminist tone and message in Arabic.”

The anonymous feminist feels that the online community in the Arab world often gravitate toward humor that relies on racist, sexist, homophobic and classist narratives and thus, strives to counter these messages using her page. Kharabish Nasawiya aims to use humor in a way that critiques the patriarchy and capitalism without too much controversy.

The artist running Kharabish Nasawiya aims to “provide a safe space for women and those who subvert the imposed normative gender roles," along with a platform for conversation about the issues Arab women currently face.

"We live in an extremely violent world. Society still polices and punishes everyone who does not conform to its standard of femininity or masculinity. Most of the time, neither the public nor the private present a safe space for women and those who subvert the imposed normative gender roles," she explained to Stepfeed.

The feminist also strongly promotes freedom of speech and fighting various forms of censorship and intends for women and those from less accepted communities to look at the comics and relate to them.

She went on to say, "I want them to wake up and while browsing social media to see comics that do not practice violence against them, stories they can relate to." 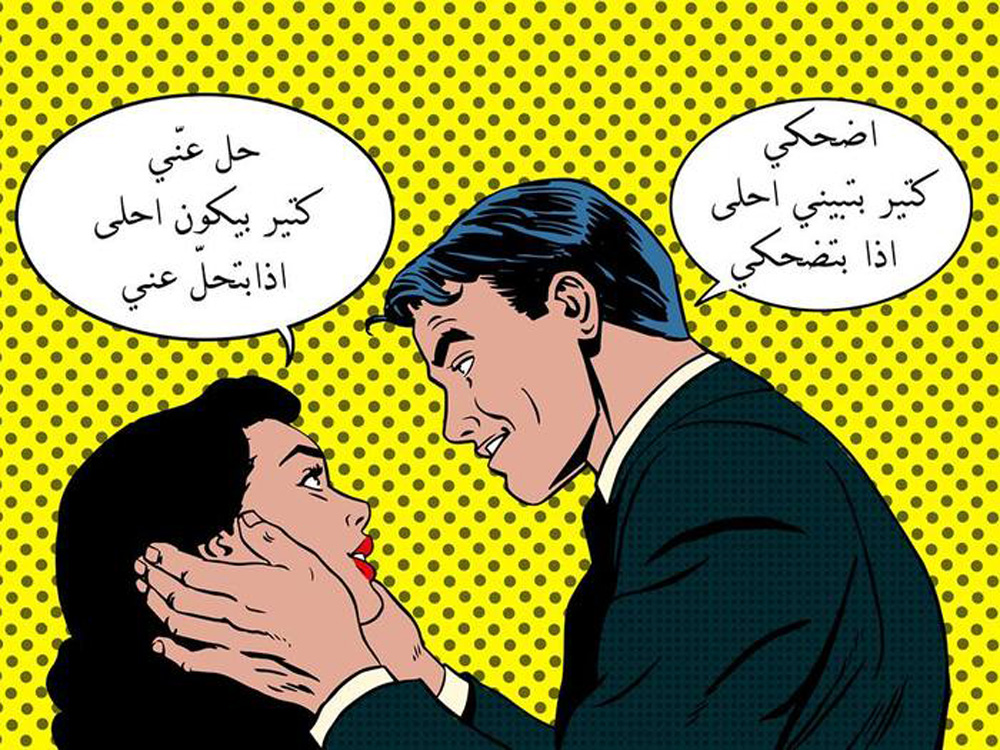 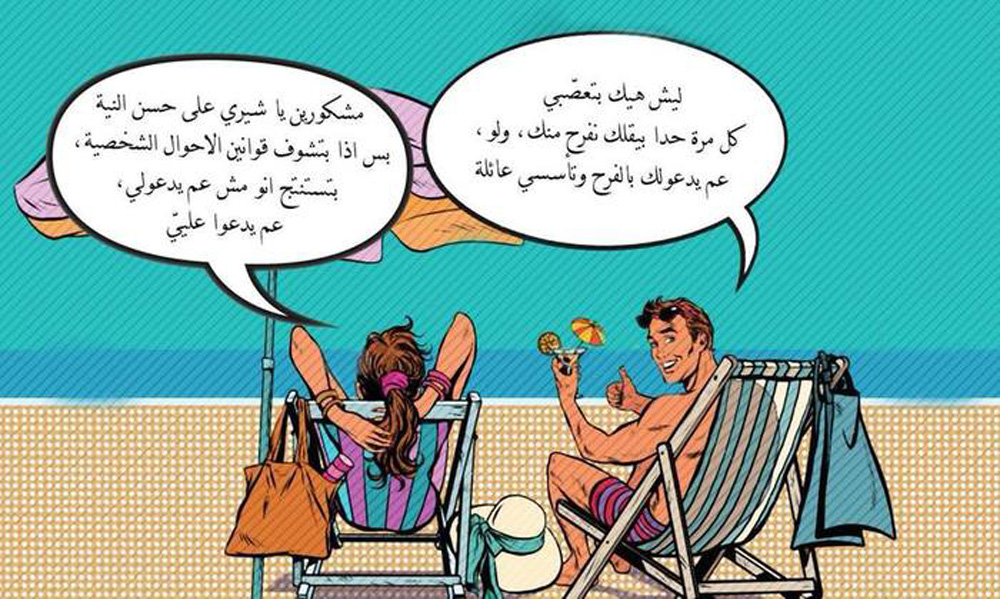 On Being Single and Happy About It
Him: Why do you get angry whenever someone hopes you get married soon? They are hoping you find joy and start a family.
Her: Thanks, my dear, for their good intentions. But if you take a look at the personal status laws, you would realize that they are wishing me misery rather than happiness." 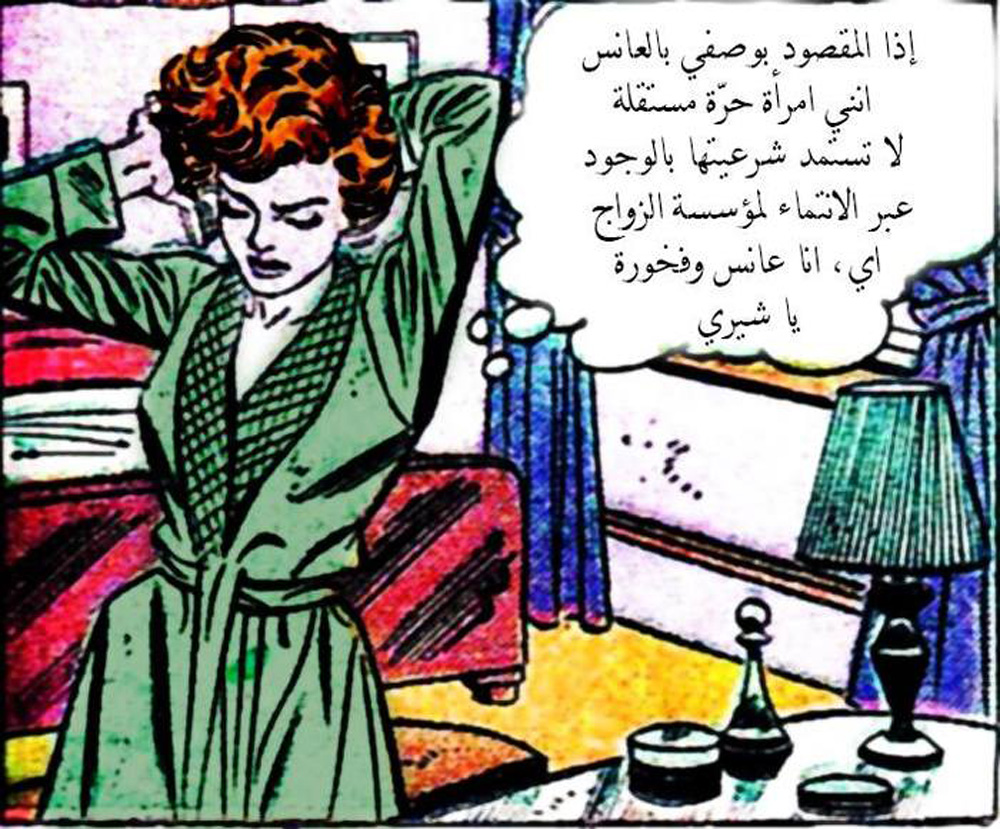 On Being Strong and Independent
"Yes, I am a free, independent woman who does not derive the validity of her existence by belonging to the marriage institution. If that's what you mean by calling me a spinster, then yes, I am a spinster and proud, my dear."