Palestyle: Bags That Make a Difference 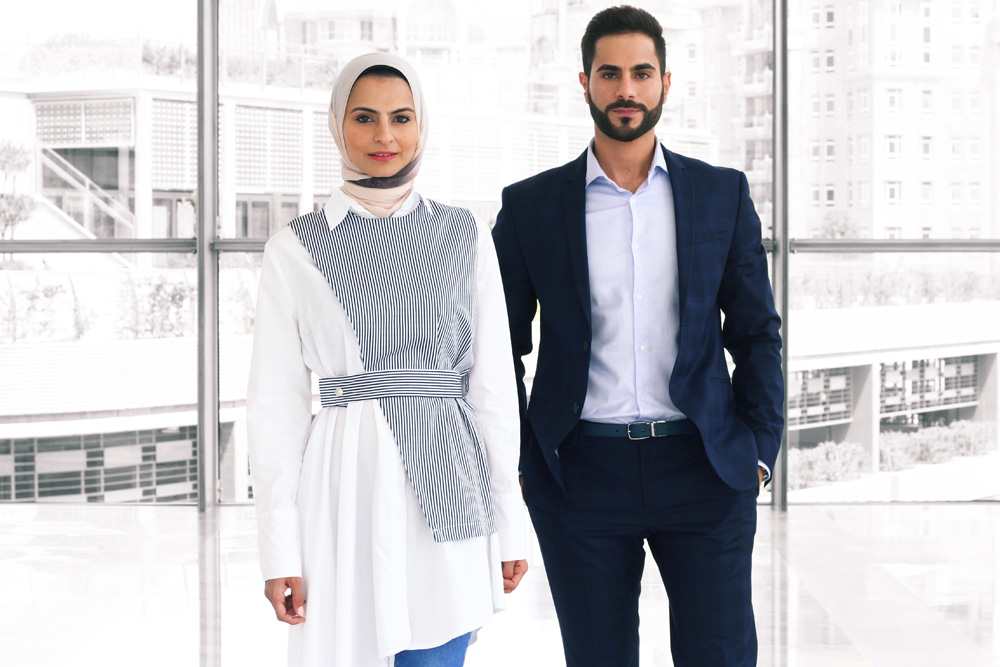 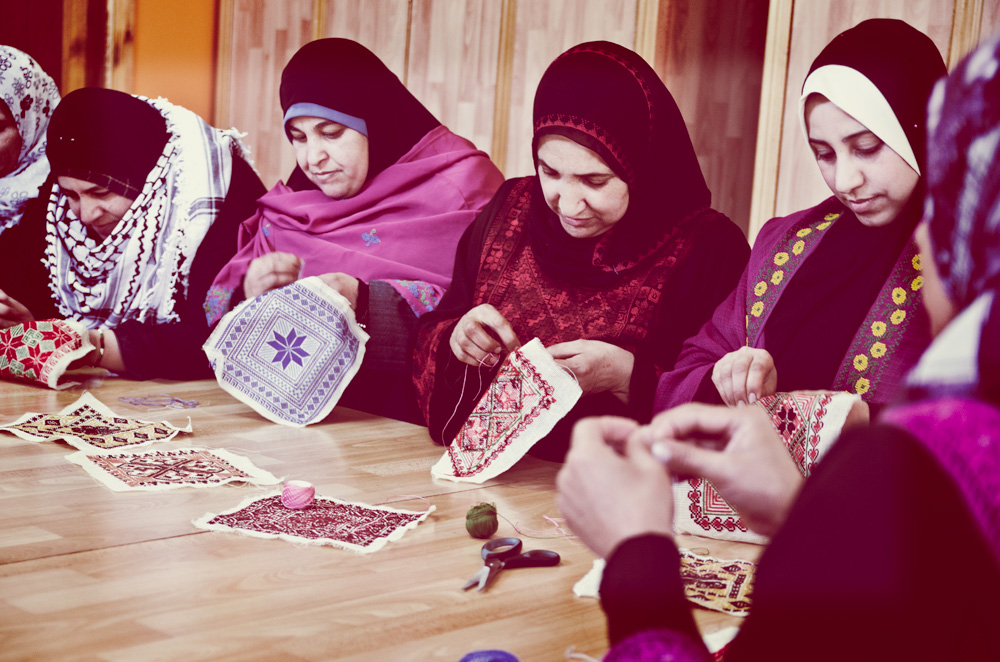 Ethical business is coming of age in the region, and one woman who has proved social enterprises can be extremely successful is Zeina Abou Chaaban, the Founder of the Dubai-based luxury fashion label. Unfulfilled by working in the corporate world and inspired by an entrepreneurial spirit, her work on other humanitarian projects, and ultimately, a visit to a Palestinian refugee camp, Abou Chaaban launched Palestyle in 2009. After finding her true calling in social service, she set out on a mission that extends beyond borders, cultures or religion: to empower artisans in refugee camps by outsourcing all her brand’s embroidery jobs to them. Palestyle also donates a percentage of their sales to several social development projects that benefit the refugee community. A great example of a dream success story, the award-winning brand became the first certified social enterprise in the Middle East after being awarded the Social Return on Investment certificate. Their bags have also been spotted on celebrities like Eva Longoria, Gwyneth Paltrow and Michelle Rodriguez.

We sit down with Abou Chaaban, who was joined by partner and Creative Director Ahmed Abou Chaaban in 2001, to understand the different ways her brand is helping the refugee women and community. We also ask about the benefits of philanthropic work and get the lowdown about the new collection and the brand’s expansion plans. 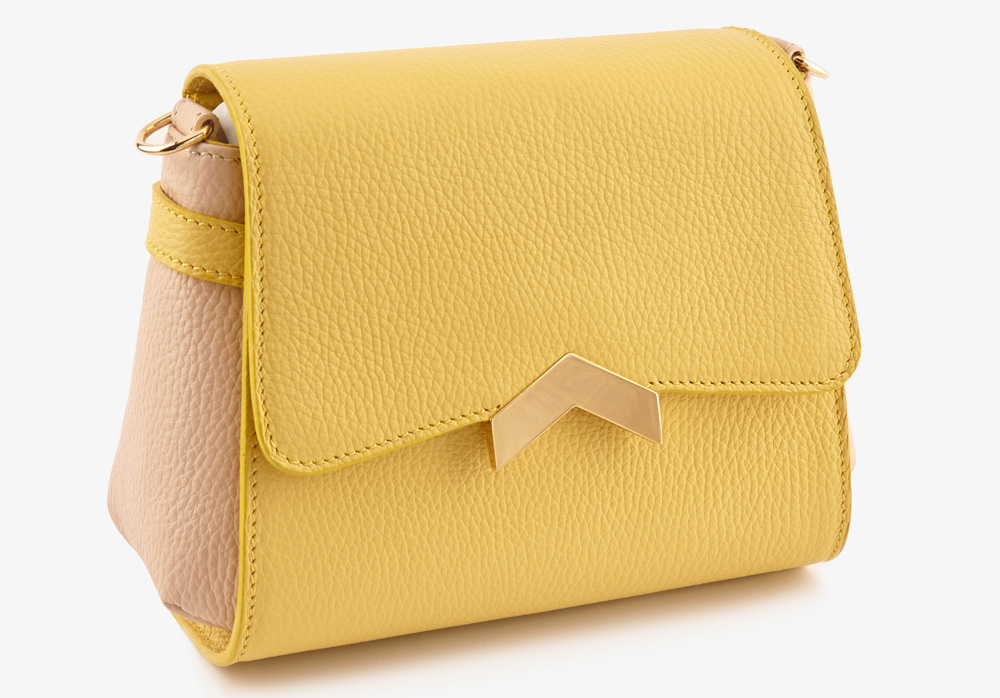 The 'Fan'd' bag in yellow

You were inspired to launch Palestyle after a visit to a Palestinian refugee camp. What moved you the most during that trip?
What moved me the most wasn’t the fact it was 1km2 with 100,000 people living in it, literally on top of each other, nor the lack of proper infrastructure like electricity, water or sewage enabling a dignified human life. But it was mostly the educated youth, full of energy, living among us in the cities, but is yet constrained in a camp, without any working opportunities whatsoever, resulting in high poverty levels. I met the women, the mothers of that same youth, who were, despite the harshness of their lives, embroidering with such grace to promote a beautiful culture, preserve its identity and open a window of extra income. 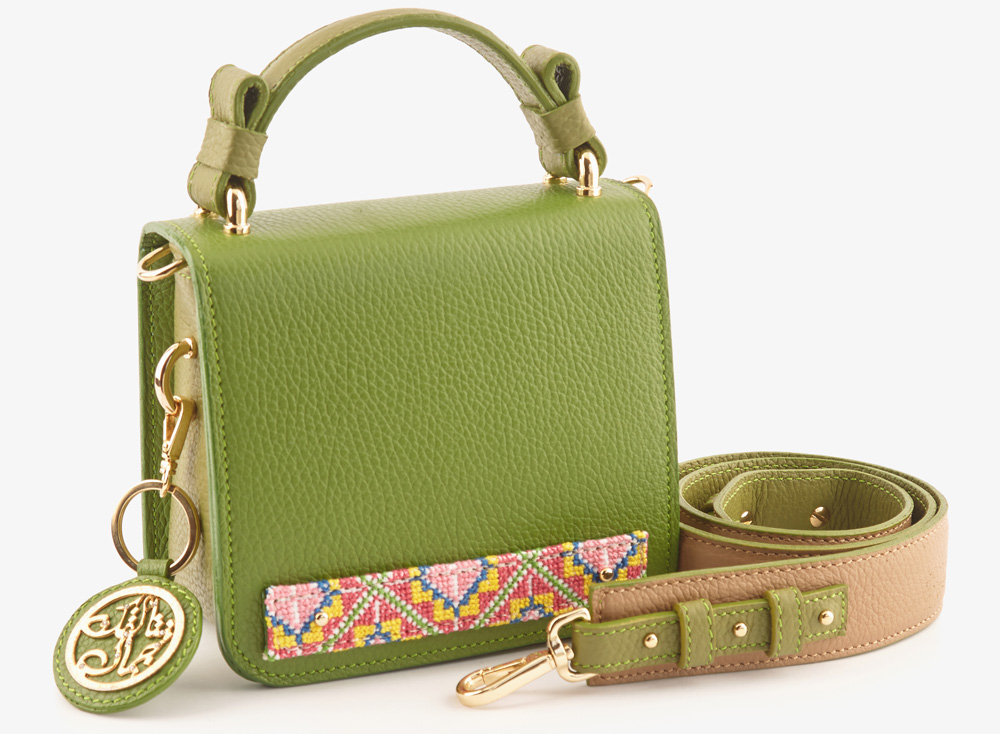 The 'Doon Mini' bag in green

What was your biggest fear when going out and starting your own line?
The biggest fear was failing, as this is was my second entrepreneurial attempt in the world of fashion after bidding goodbye to my corporate life. Only after starting Palestyle I realised that my first project, Magnet, was actually behind all the learning I gained to make Palestyle a success and enabler to work on my passion, social service.

Tell us about the intricate handmade embroidery the talented refugee women create.
The embroidery is handmade with love by the refugee women, who inherited this art from their mothers. It is done on canvas in colourful silk threads. Embroidery was traditionally a language through which women identify each other’s social and geographic status. For example, the embroidery colours express marital status (red married and blue un-married) whereas each pattern tells which area a woman is from. For example, tent-like patterns mean the women are from the southern part, desert, while pine trees indicate the nature of the northern part.

Additionally, heaviness shows wealth and shapes carry meaning (triangles to ward off the evil eye). It was a social event where women gathered and embroidered over coffee and lots of gossip and little girls as young as eight joined their mothers. Nowadays, the mentioned significance has faded away while embroidery remains a cultural art. Sadly, girls are not as interested to master it, giving room to machine embroidery. And here enters our role to preserve this beautiful culture. 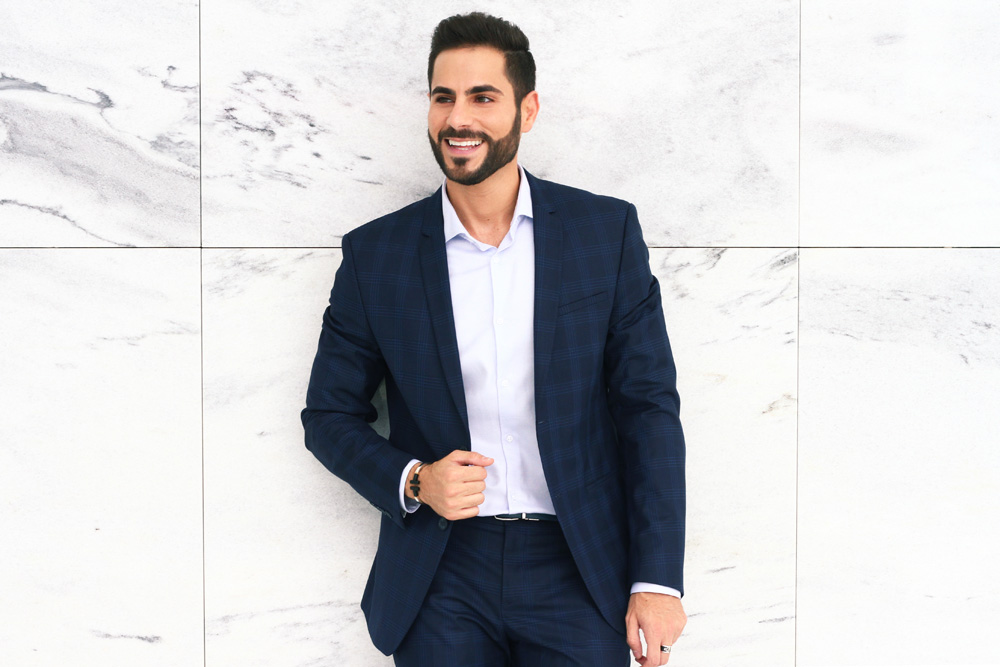 How does their work help the community at large and not just the individual woman?
As mentioned previously, embroidery is woven on a canvas of memories with threads of identity. At large, the embroidery preserves an art and a culture, acts as a source of income and a skill we hope the younger generation continues to learn. It is certainly a sense of pride to the women, who are enjoying an income by doing something they love, proving to their daughters that embroidery is still fashionable and something to learn.

Gold-plated Arabic calligraphy is another Palestyle signature. What kinds of empowering messages can we find on them?
The gold-plated calligraphy flatters every woman’s individuality with statements like, “Be Different”, “Beauty is in your Smile” and “You are Glamorous”. Every woman should feel beautiful because she truly is.

Could you describe your new collection of bags?
The collection is trendy in its designs, glamorous in its genuine leather and mystic in its subtle wink of culture. 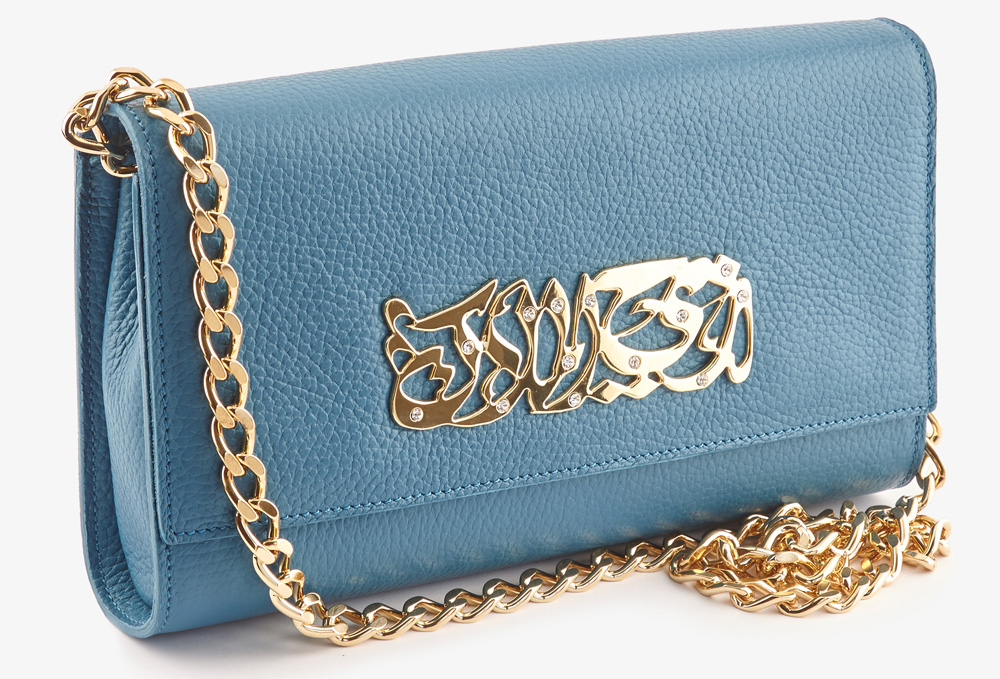 The 'Glam' clutch in blue

Tell us about some of the other social development projects the brand helps.
One hundred women were empowered by jobs.

Two hundred and forty-four olive trees have been planted to support the poor farmers in the West Bank through the Palestyle Olive Tree Plantation Program.

Four hundred Syrian refugee children without proper access to education benefited from our caravan library set up, especially those in Al Mafraq, Jordan.

You’ve worked on various humanitarian projects before starting Palestyle. What are the most pleasing aspects about giving back?
Philosophers have disagreed on almost everything, including God, but all of them agreed that the true joy in life is giving. 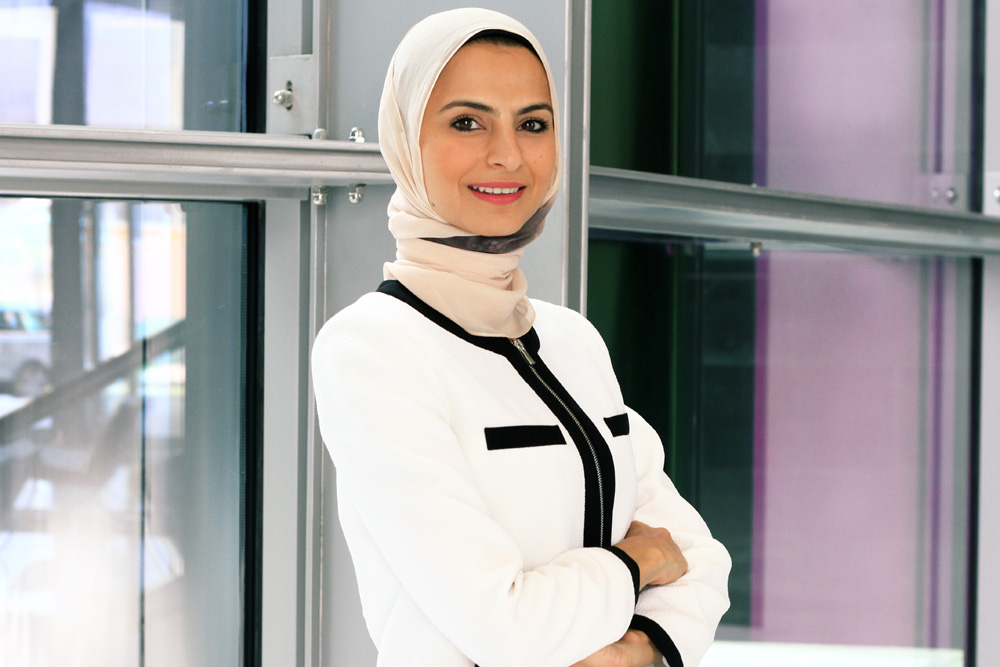 It’s also a great happiness booster isn’t it?
It is a happiness booster, a learning curve and a humbling experience, which sets your ego straight. We think that coming from privileged backgrounds we know what people need and how to help: democracy, women’s equality, hygiene and birth control (they are all great). However, the key is to listen, not dictate, as only your beneficiaries know what they truly need at that point in time and what will work in their community. 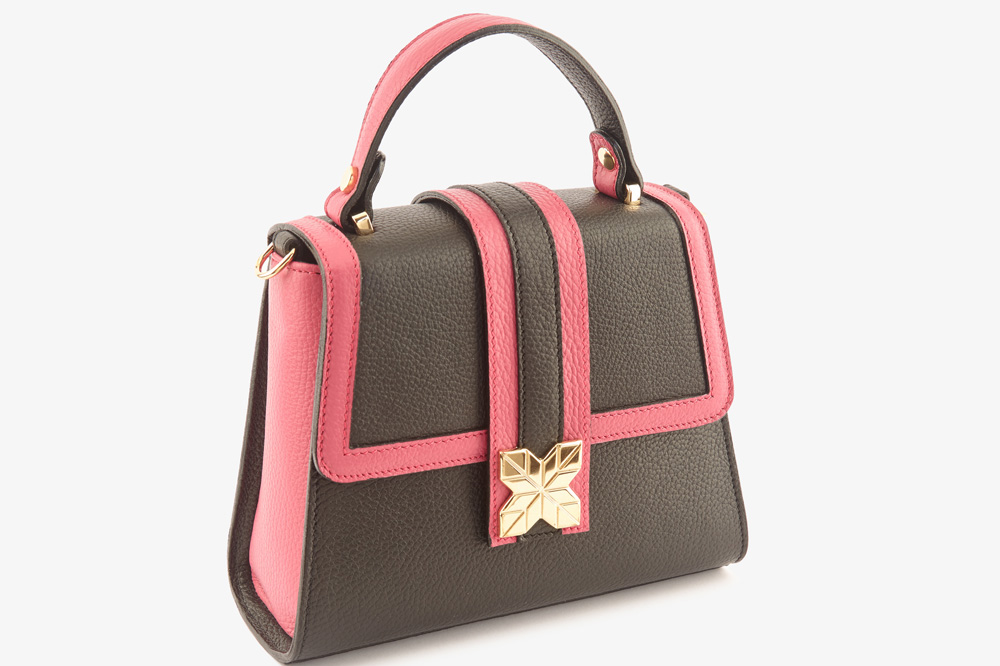 The 'Bisan' bag in pink

How can women who have made a resolution to be more charitable in 2018 get started?
Identify the cause close to you heart, talk to people who have done it, build on their work in the beginning and get started from where you are. You don’t need to wait for the perfect time and place. Look at proximity and feasibility in relation to your own current reality and even if they are small steps, remember that’s how change starts.

You have some exciting expansion plans. Would you like to elaborate?
Yes, we are regionally expanding, focusing on the online world and diversifying into an exciting Palestyle Living range, coming out soon. 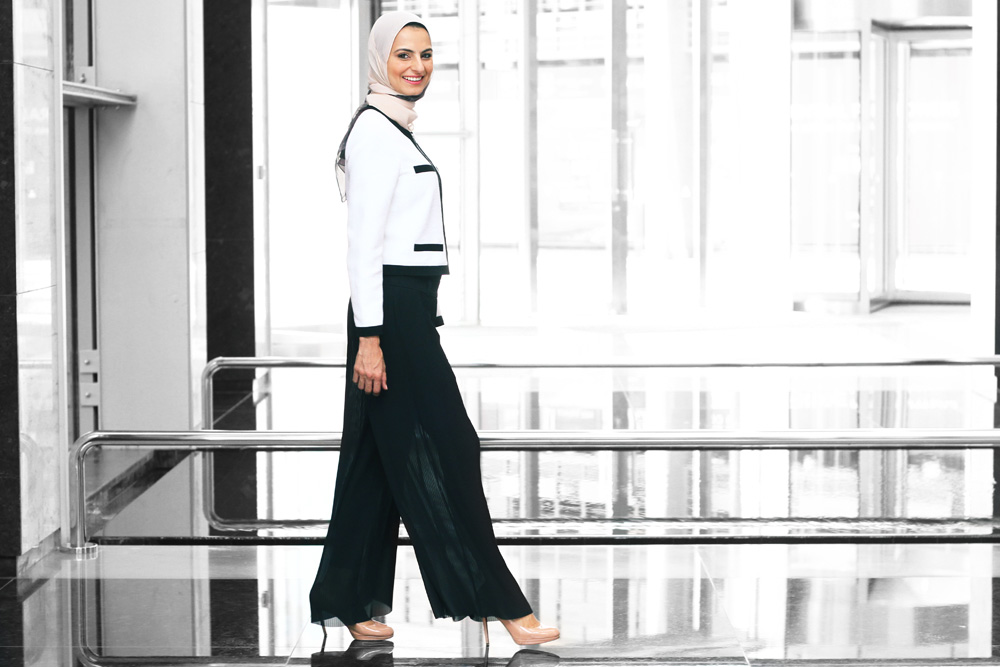 Stars like Eva Longoria and Michelle Rodriguez have been spotted wearing your bags. Which notable Arab women would you love to see wearing one?
We would be honoured to see them on Queen Rania, a symbol of elegance, royalty, intellect and humanitarianism in the world. 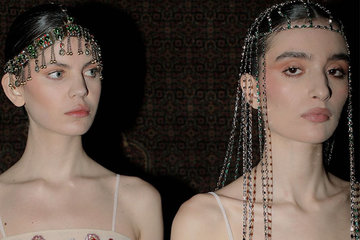