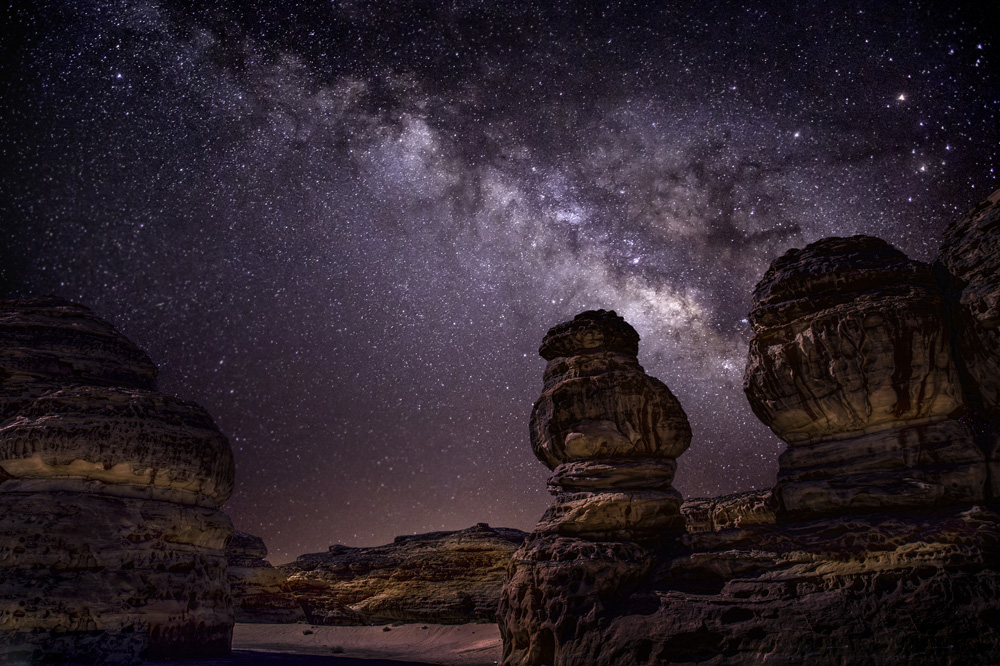 Saudi Arabia holds some of the world’s most incredible, historic monuments dated back to, what is thought, the 1st century. And while there are certain places in the KSA where visitors can indulge in fine dining, shopping, world class hotels and resorts, little do people know that Saudi Arabia is rich in history, culture and stunning landscapes.

From desert fortresses, to ancient villages, it’s impossible to comprehend how some of these science defying places still exist today and they most certainly will leave you with a feeling of wonder and amazement.

AboutHer.com has picked the 5 most unusual places to visit in Saudi Arabia that are most popular with history lovers. 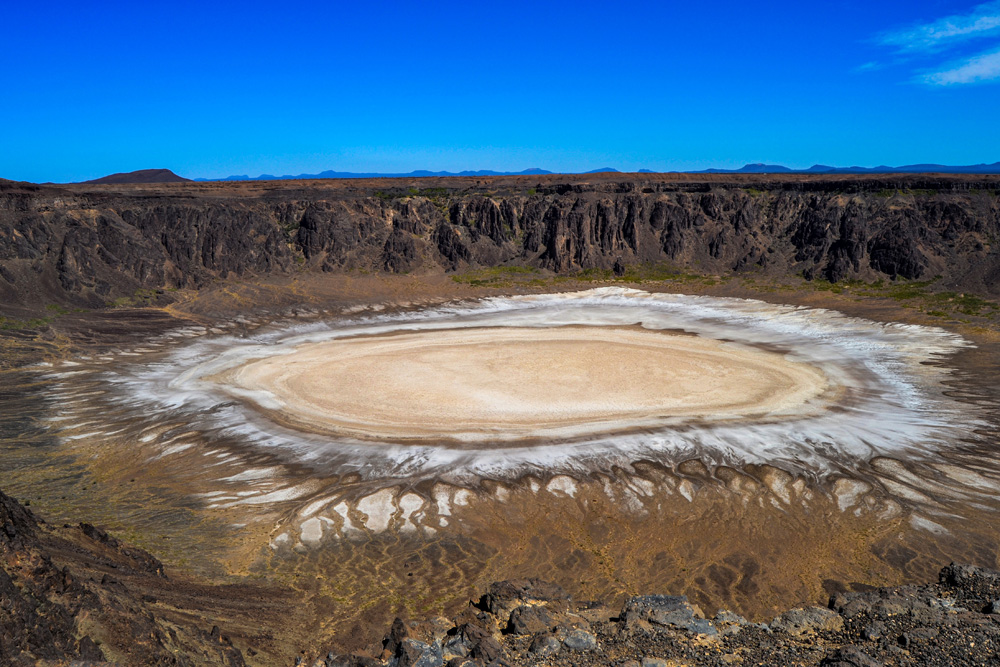 The Al Wahbah Crater is located in the middle of a barren desert, but what makes it an unbelievable place to visit is the fact that it is an astounding natural anomaly and has a huge source of salt hidden at it’s base.

The giant crater is thought to have been created by an ancient meteor strike but was eventually found to have occurred due to volcanic activity. It is approximately 1.2 miles wide and over 800 feet deep.

The Al Wahbah Crater, with white salt in its depths, is notable for the green palm trees and shrubs that grow on and around its rim despite the desert around it being arid and barren.

It most certainly is an adventure to tick off your bucket list! 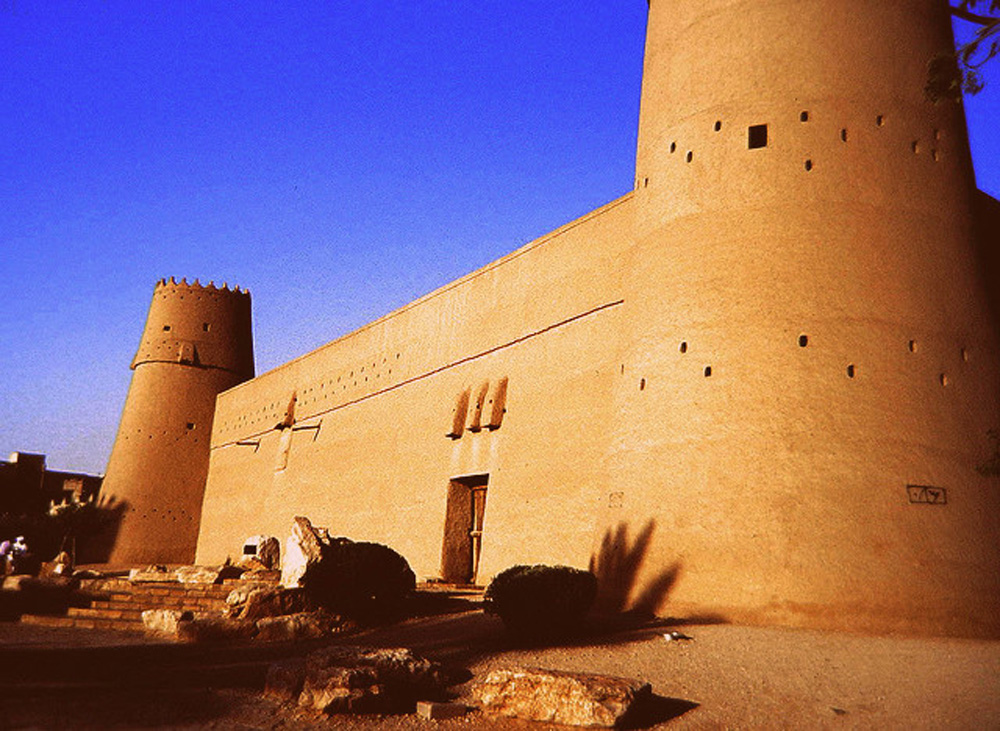 The Al Masmak fortress is a 19th century bastion containing a collection of artifacts and Saudi history.

The clay and mud brick fort was built around 1865 by the prince of Riyadh Abdulrahman ibn Sulaiman ibn Dabaan under the reign of Mohammed ibn Abdullah ibn Rasheed who was the ruler of a place in the north of Saudi Arabia called, Ha’il, he had won control of the city from a rival clan of Al Saud.

In the 1980s the Saudi government made a series of renovations in order to restore and maintain the artifacts that are important to Saudi Arabian history. The fort not only houses historical artifacts, but guns used in its takeover and a working well, along with a mosque for its occupants.

Situated near busy streets and a busy souq selling everything from clothes, jewelry, gold, tailored suits and souvenirs, no visit to Masmak is complete without a stroll through this wonderful market. 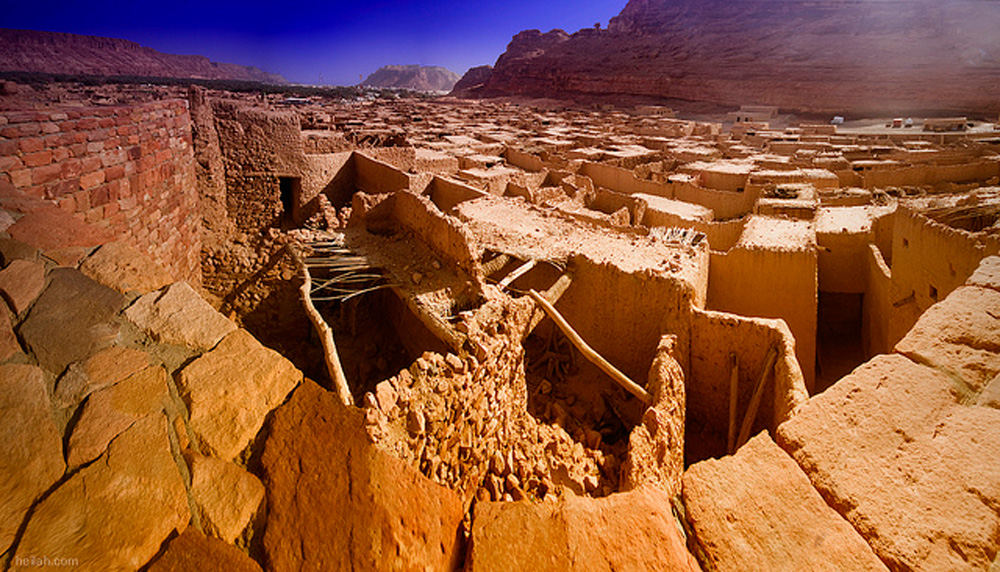 As well as being one of the oldest known towns in the Arabian Peninsula, Al-Ula was also home to ancient civilizations such as the Dedan and Lihyan.

It was founded in 600BCE, in a valley with a glorious view of snow-capped mountains and palm groves surrounded by sandstone cliffs. The preserved archaeological site still contains many distinctive tombstones and inscriptions written in ancient Nabatean scripts, which historians believe was an old form of the Arabic alphabet. The fact that there is no light pollution above means that stars are clearly visible at night from the site.

Walking through Al-Ula will truly transport you back in time. Once a bustling civilization, these 2000 year old, tightly packed mud-brick houses — are now abandoned ruins, decaying in the hot desert sun. 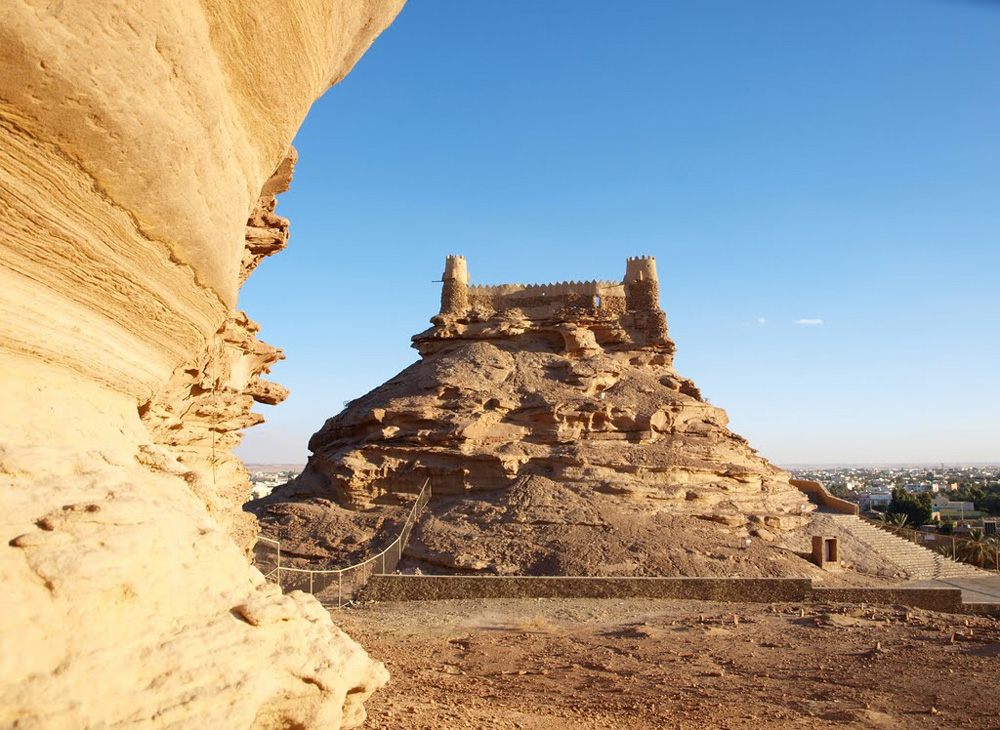 Za’abal Castle sits atop a mountain in a northwestern corner of Saudi Arabia. It is a mud and stone fortress that is situated on top of a working well system that has run throughout the city of Sakakah for centuries.

Consisting of a wall guarded with 4 watch towers and a water reservoir, the castle is thought to have been built over 200 years ago. However, archeological evidence shows several structures have existed on this site since the first century AD.  Its magnificent structure located at the highest point in the area gives it an authoritative view of the city. 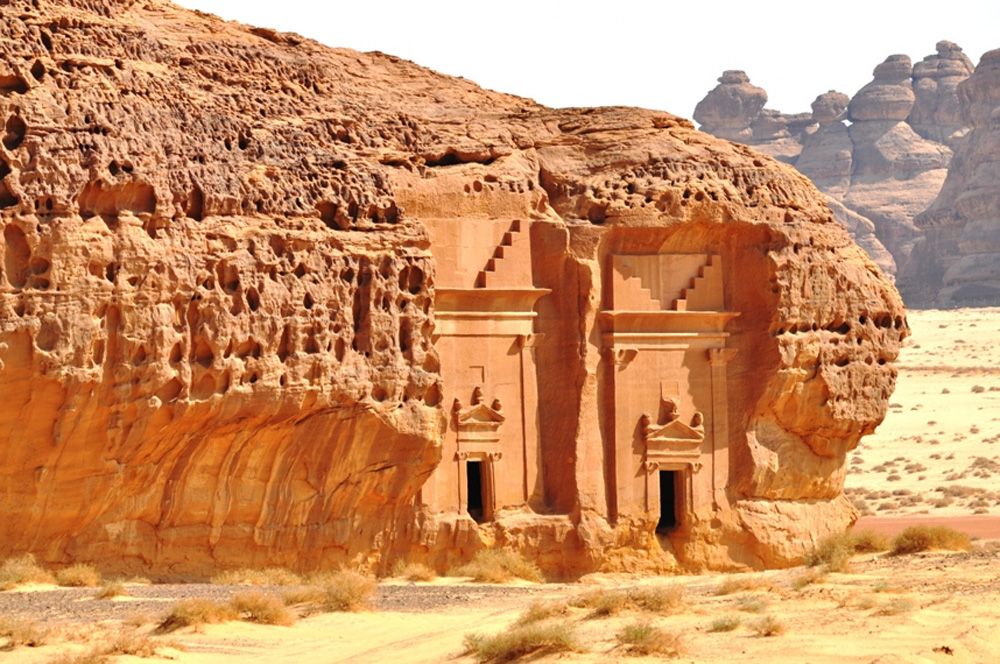 The Nabateans were the ancient people of the Middle East who became wealthy through the caravan trade between Southern Arabia and the Jordan Valley. They are most famous for the magnificence of their capital city, Petra which is one of the Seven Wonders of the World. 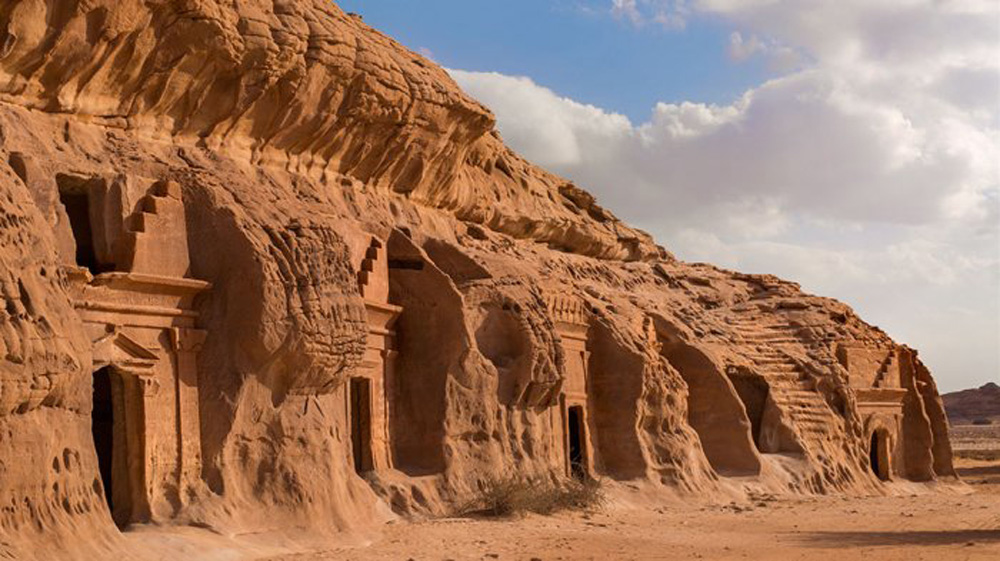 Although Mada’in Saleh isn’t as well known for its grandeur, it holds the title of one of the most enigmatic sites on the Arabian Peninsula. Structured from several large boulders that rise out of the flat desert landscape, and similar to Petra, most of the structures were used for funerals only. Mada’in Saleh still contains 131 tombs that have been cut into its surrounding rocks.