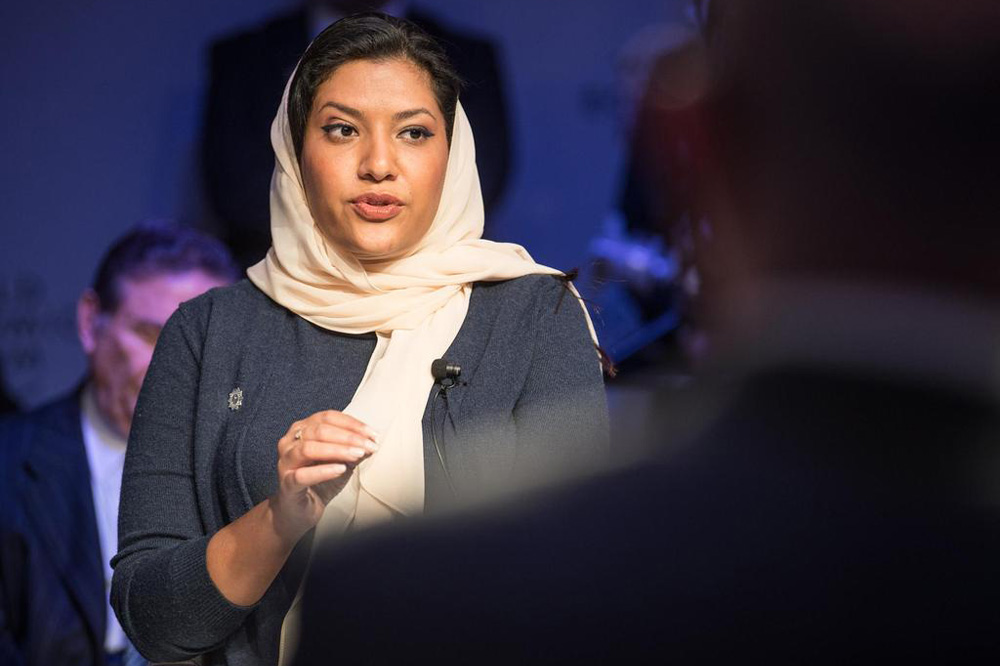 Over the last year, Saudi Arabia has embarked on an ambitious journey to implement Vision 2030, a national strategy spearheaded by Crown Prince Mohammed Bin Salman that aims to diversify the Kingdom’s oil-dependent economy.

Part of Vision 2030 has been a movement towards improving the rights of women in Saudi Arabia by revisiting laws governing their mobility, giving more social and economic freedoms to them, and supporting their increased involvement in building the economy, commendable efforts that have been unfortunately received with skepticism by a few countries.

At this year’s World Economic Forum in Davos, Switzerland, Princess Reema Bint Bandar took the opportunity to address the Kingdom’s critics. The entrepreneur, philanthropist, and recent head of a Saudi sports federation tackled the topic of gender equality at the Forum. Amongst the highlights of her powerful and eloquent speech was her take on the criticism towards the Kingdom’s efforts.

The Princess pointed out that Saudi Arabia is advancing the cause of women “because it’s necessary for our nation from an economic point of view, and also from the holistic nature of how you want a family to actually function as a family if you’re constantly segregating family members. It just doesn’t work that way […] We’re not doing gender equality because the West wants it, or because it will target Human Rights Watch and get them off our backs, or because Amnesty International is going to say ‘great, good job you.’ We’re doing it because it is right.”

According to Arab News, Princess Reema also pointed to double standards by the world’s media in covering Saudi Arabia’s transformation, saying, “There is a determination not to allow us to create a new narrative. My question is, why? You ask us to change, and then when we exhibit change, you come to us with cynicism.”

The Princess also gave justice to the many generations of inspiring, trailblazing Saudi women who have contributed to the Kingdom’s growth over many decades, saying, “These are women who are already in the Shoura Council, already in the municipalities, already have PhDs, that took more work and longer than the time I’ve been alive. It is sad for me that those women are not shown and they are not showcased. I really hope you’ll take the opportunity to see that they exist.”