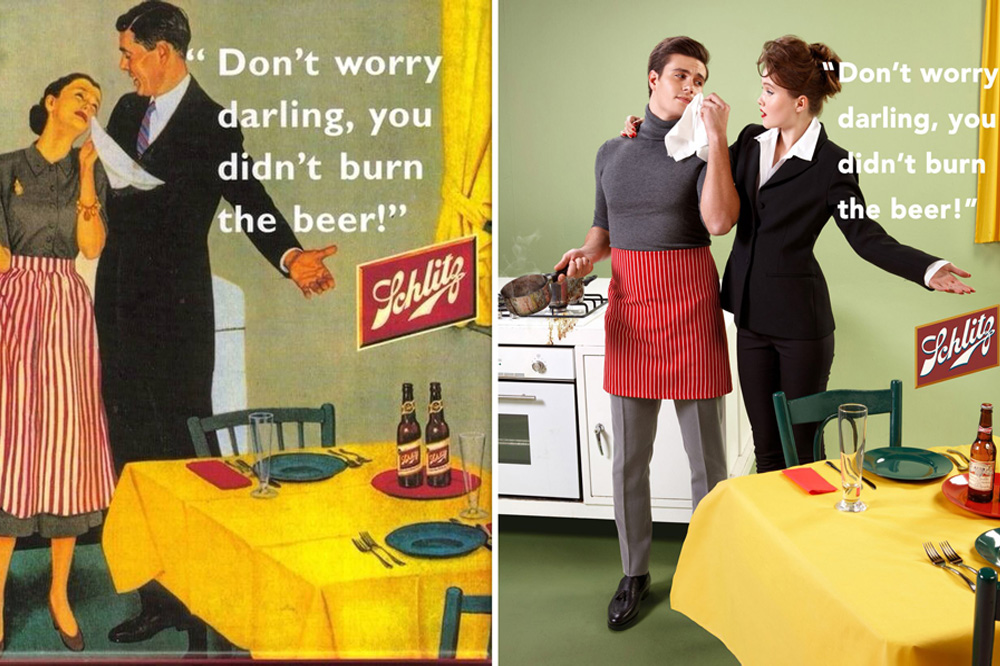 Eli Rezkallah is a fine-art Lebanese photographer, video director and founder of Plastik Magazine and Plastik Studios. His magazine, launched in 2009, established itself as a medium for young talents to showcase their work and served as a platform for Rezkallah to share his tenacious vision with the world. 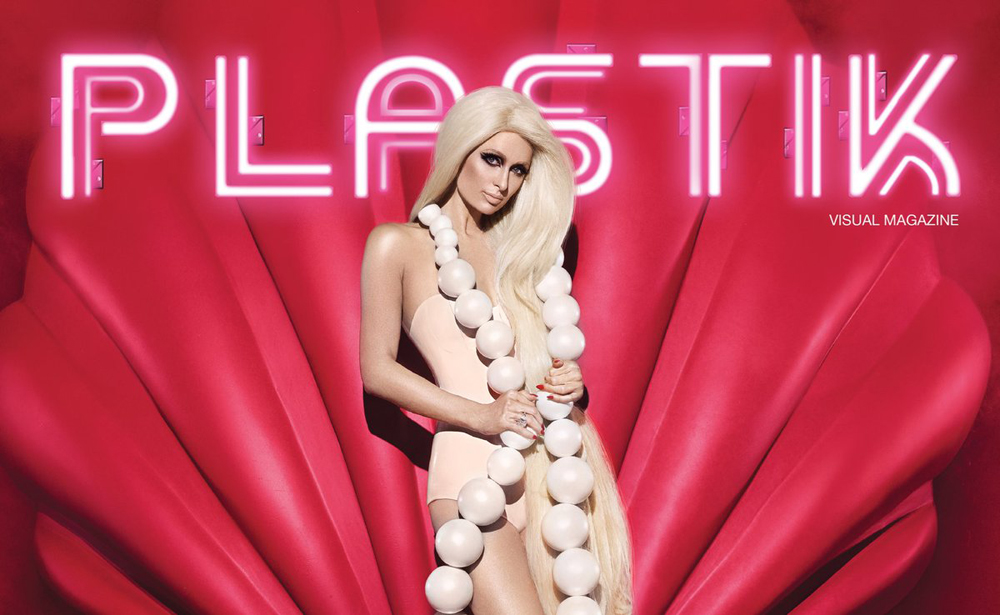 The 31 year old Creative Director presents groundbreaking pieces of art photography with enforced messages about gender roles. He was raised in the middle of war-torn Lebanon and was always surrounded by women who always put on a brave face, purposefully turning a blind eye to the country’s tense social-political situation. In relation to his upbringing, the artist’s work is a consistent visual representation of women in various forms. 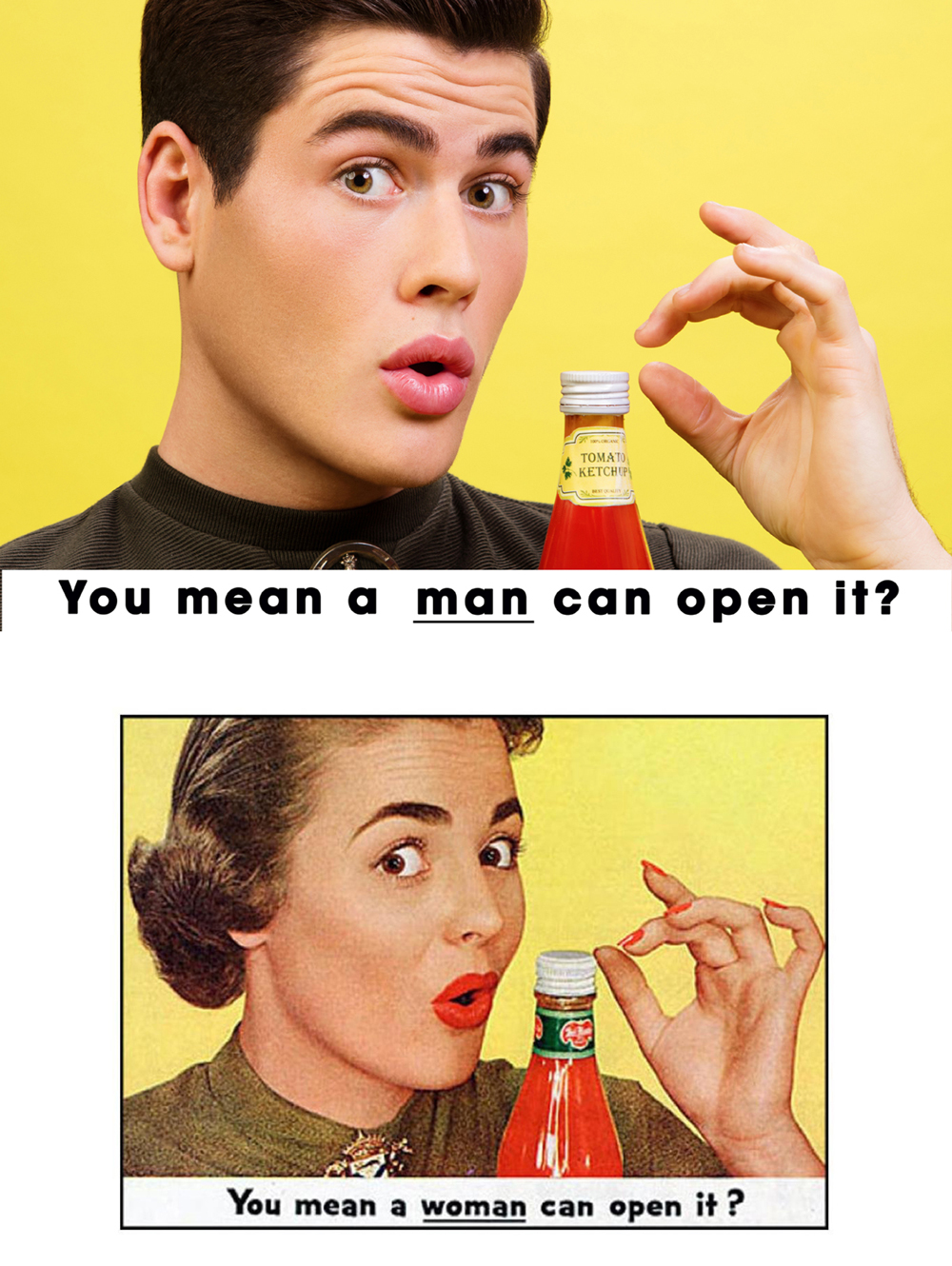 For his latest project, titled “In a Parallel Universe”, Eli Rezkallah makes a bold statement by reversing gender roles. He has re-invented the overtly sexist adverts from the Mad-Men era by switching the men for women and vice versa; conveying his message through an amusing angle to ignite conversation through role play. 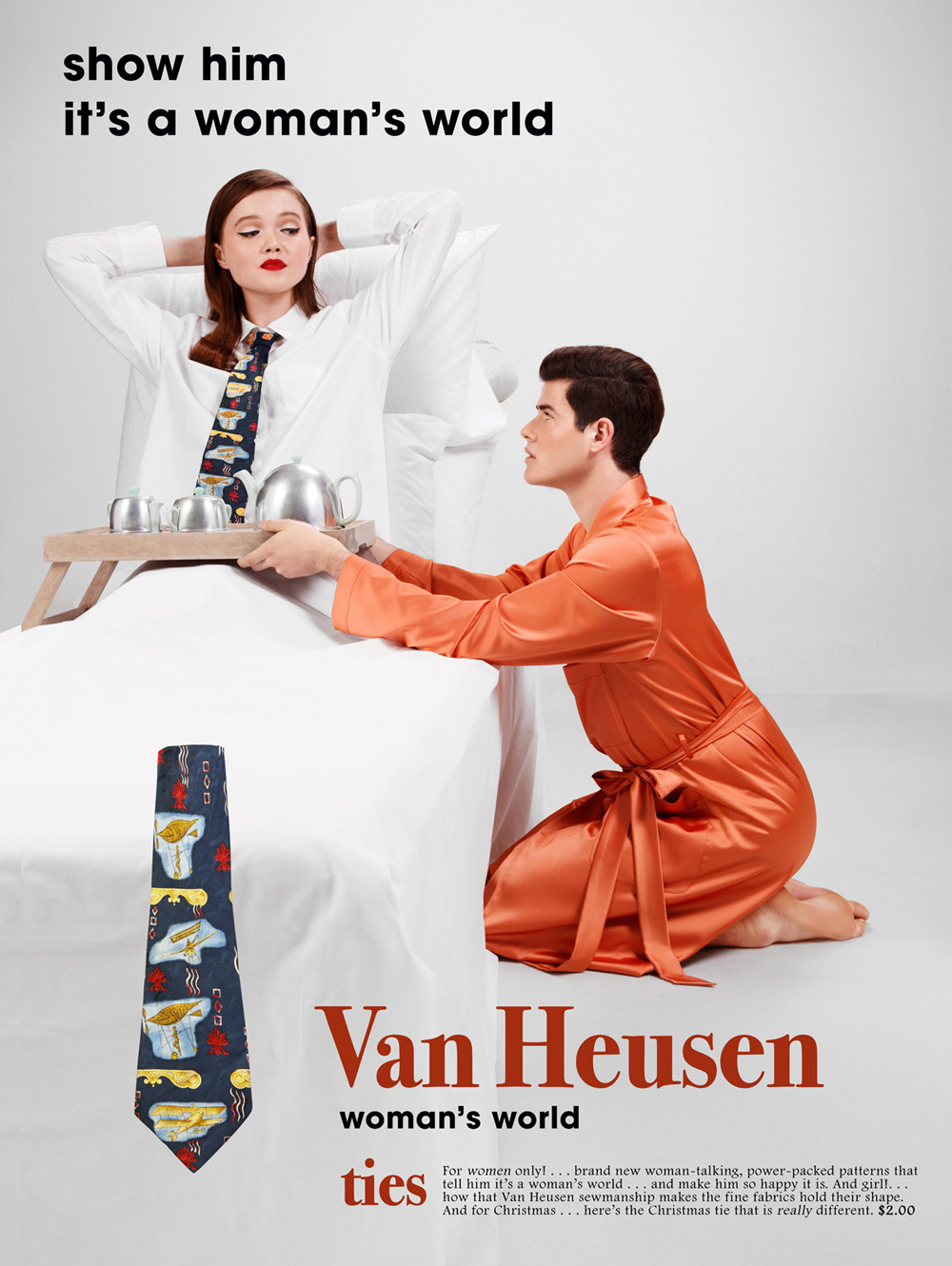 Speaking with BuzzFeed, Rezkallah talked about the inspiration behind this project,

“Last Thanksgiving, I was visiting my family in New Jersey and I overheard my uncles talk about how women are better off cooking, taking care of the kitchen, and fulfilling “their womanly duties.” Although I know that not all men like my uncles think that way I was surprised to learn that some still do.”

These ads were made in the '50s and it felt at that moment that their essence is still present in the folds of today's modern social fabric." 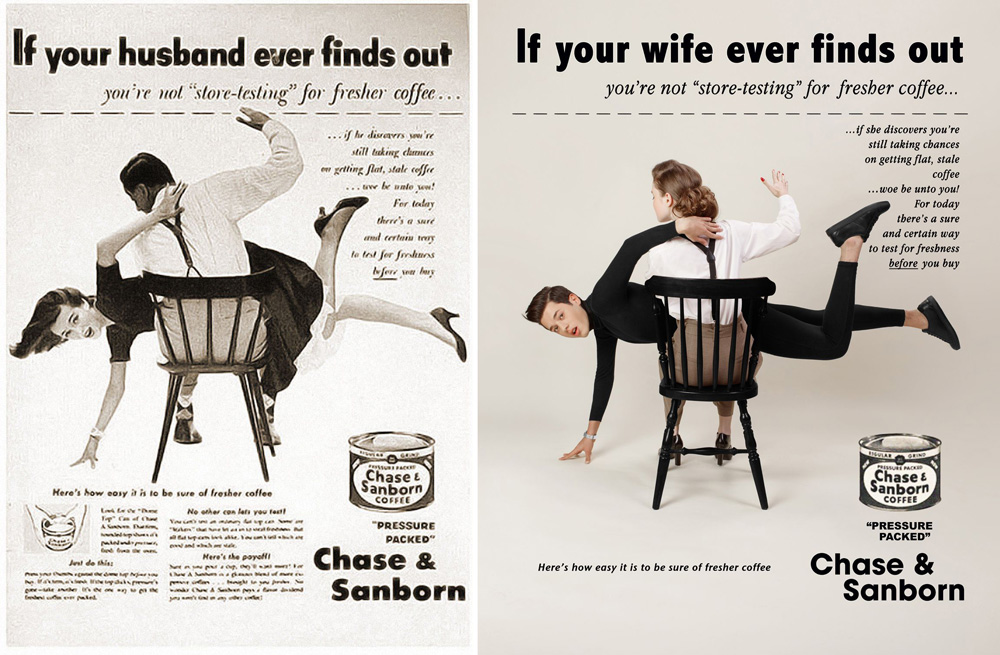 Through “In a Parallel Universe”, Eli Rezkallah hopes that those stuck in stereotypical gender roles, in patriarchal societies will be able to visually comprehend the flaws that exist in the mindset and society they live in. 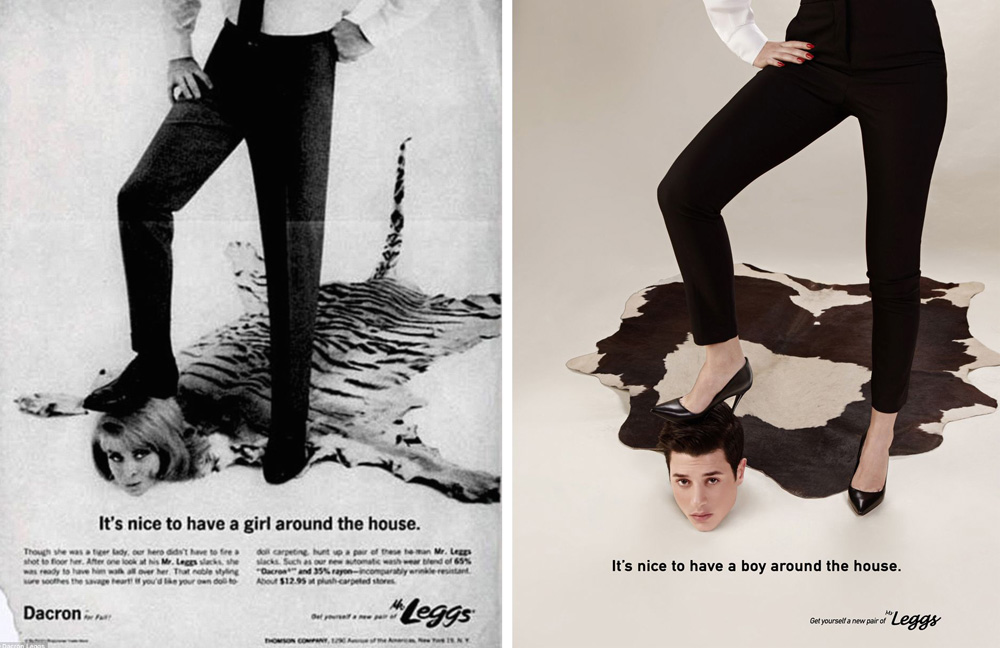