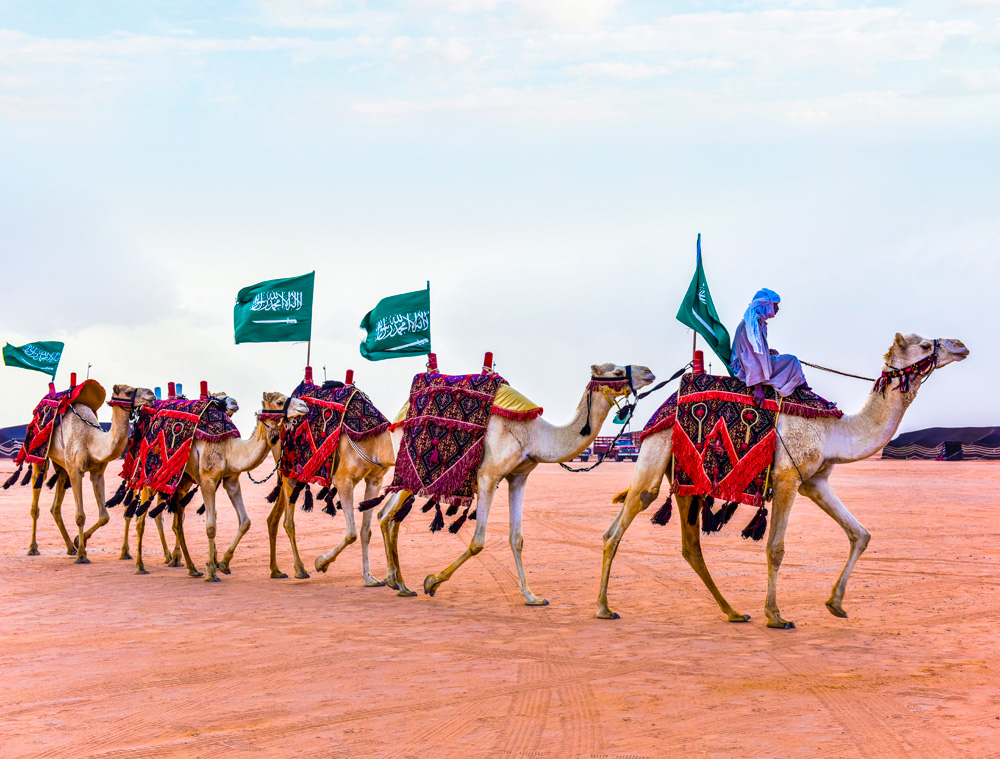 On the outskirts of Riyadh, the second edition of King Abdulaziz Camel Festival – the world’s largest – welcomes guests and competitors every day. Hosted on a stretch of 30 million square meters of desert, the one-month festival, which started on January 1 and will conclude February 1, has brought in numerous contestants looking to have their camels compete in races and show competitions, and to take home millions of riyals in prize money. 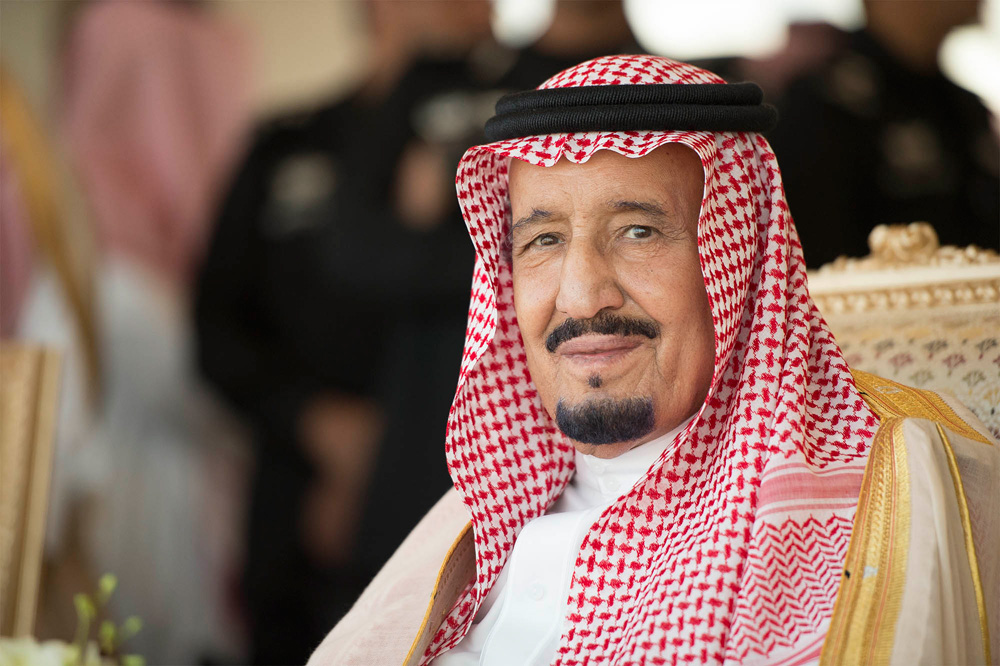 According to Al Arabiya English, the chosen location is in fact a historic one, “the starting point of the armies of the founding King Abdulaziz on their mission to unite the Kingdom.” As part of the strategy to diversify Saudi Arabia’s economy and open its doors to more visitors and investors, the Kingdom is also trying to balance the reactions of some of its more conservative population. One approach has been to emphasize and celebrate the more traditional aspects of Saudi culture, one of which is the camel, used for centuries for food, transport, and even in war.

“The camel,” explained the chief judge of the show, Fawzan al-Madi to Reuters, “is a symbol of Saudi Arabia. We used to preserve it out of necessity, now we preserve it as a pastime.” 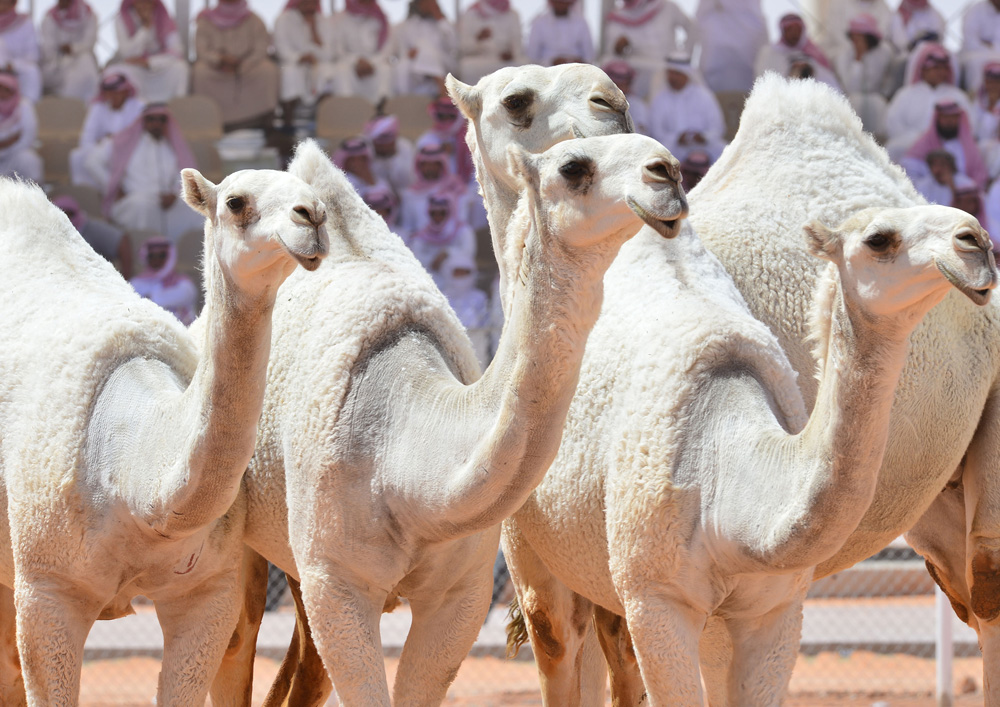 The government has erected a permanent venue to host the festival’s main events, which features an auction, as well as “food stalls and souvenir shops, a petting zoo featuring the world’s tallest and shortest camels, a museum with life-size sand sculptures of camels, tents for tasting camel’s milk and viewing camel-hair textiles, and a planetarium showing how Arabs rode camels through the desert guided by the stars.” 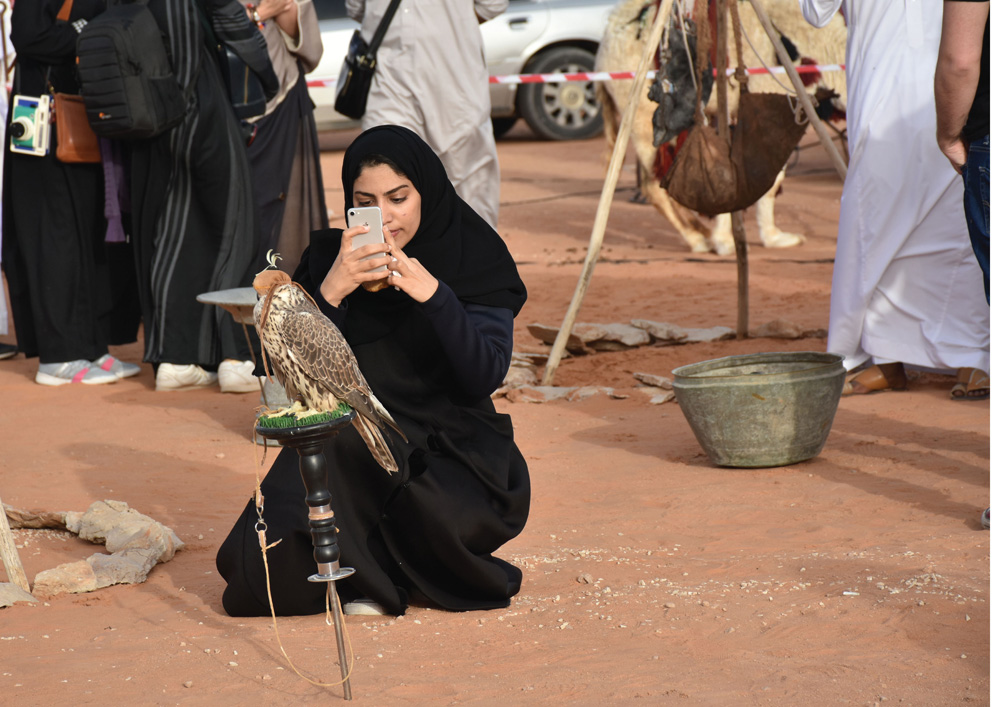 Also, at the festival are various other attractions such as decorative camel art, with artists like Tilouk Tai creating as many as 30 drawings on a single camel, by shaving the animal’s hair with special tools.

Only half way through the festival and attendance is up from last year’s edition. 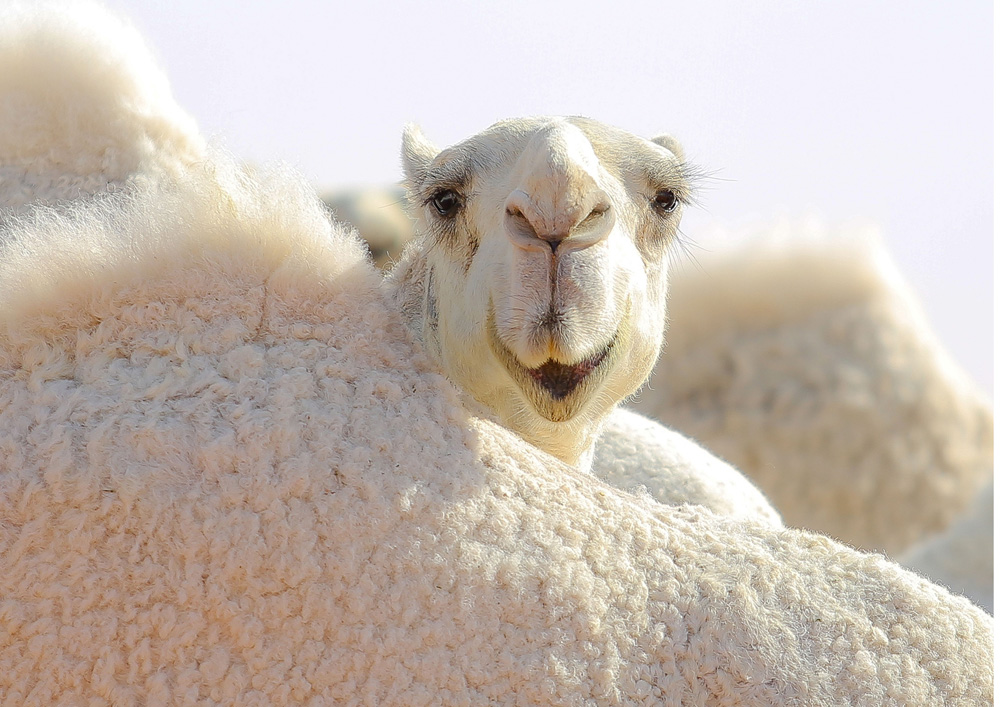 “The number of visitors varies between 25,000 and 30,000 per day,” explained Sultan al-Bokami, the festival’s spokesman. “People come here looking for originality, heritage and culture. There is also a big turnout from foreign residents of the kingdom and staff members of embassies.” 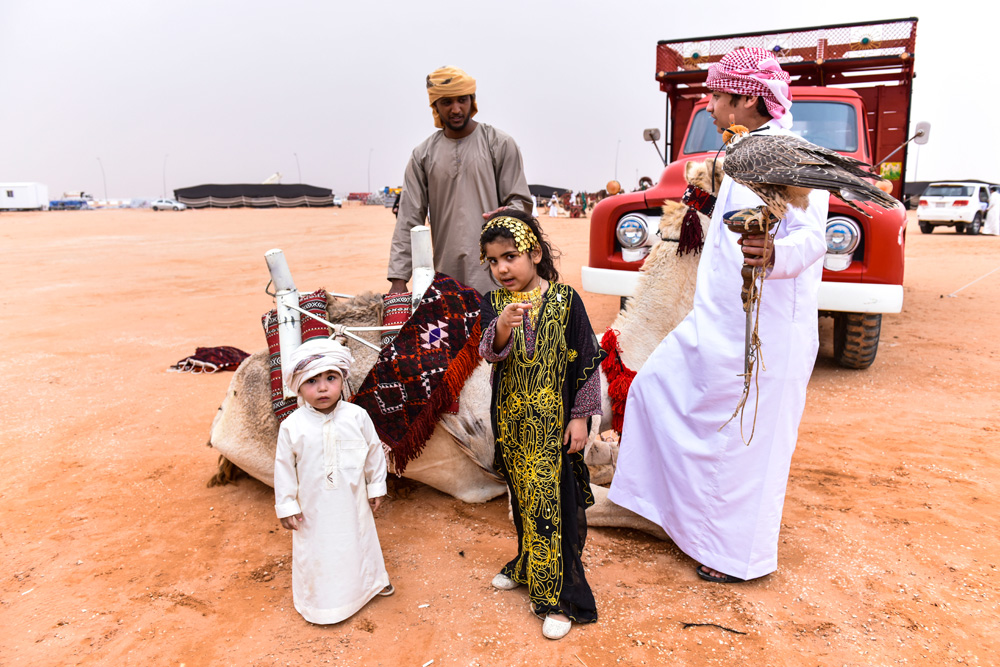 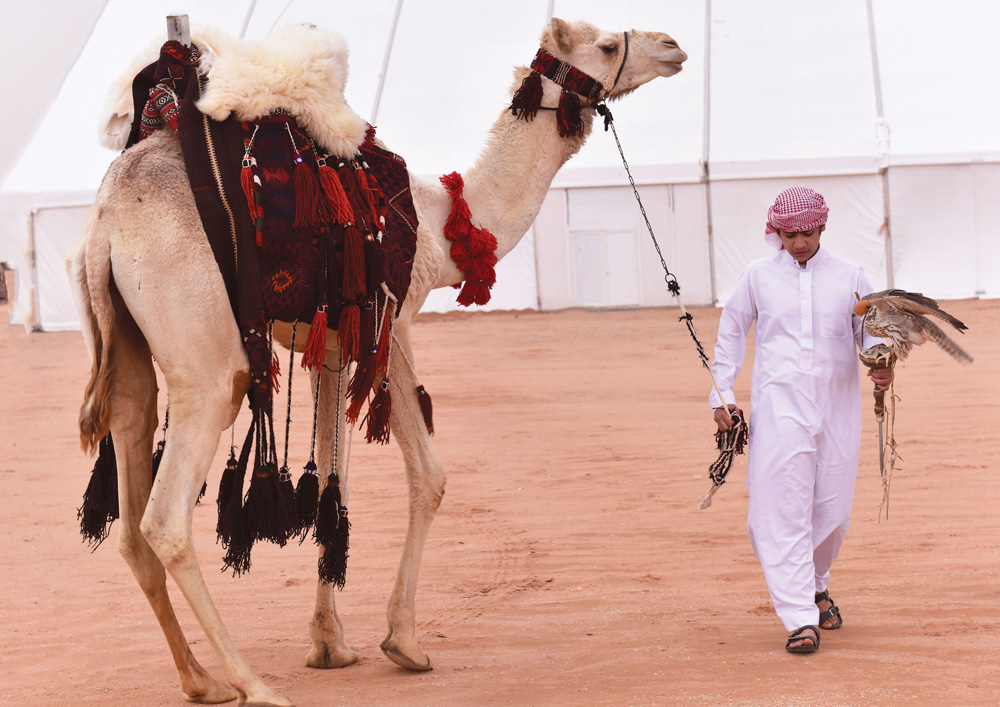 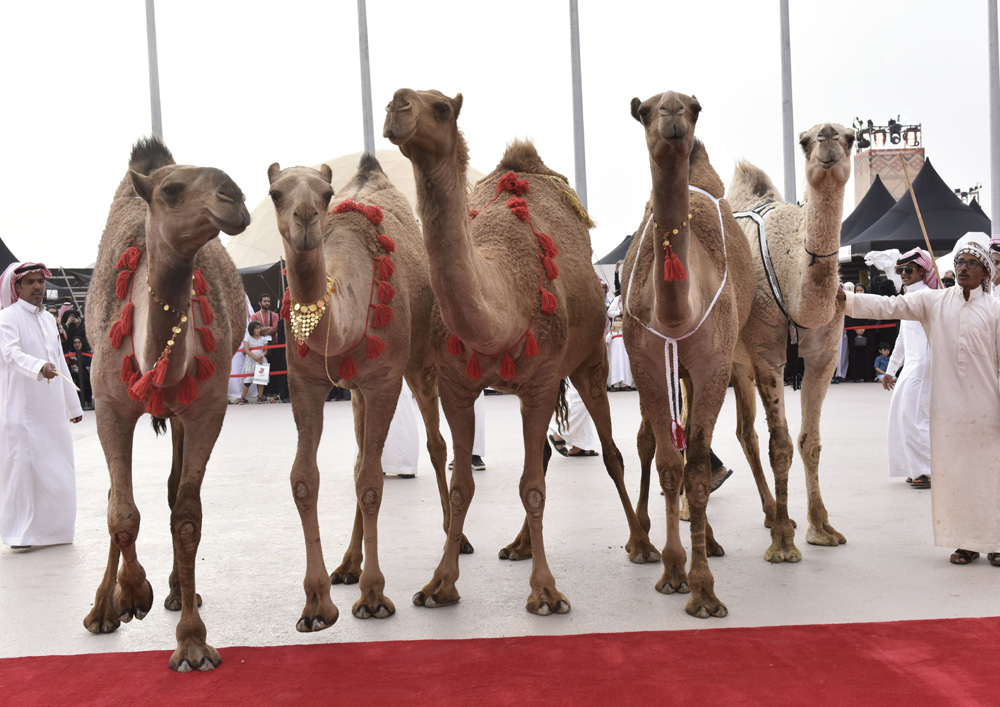