The Inside Story With Christina Lamb

Renowned combat journalist and author Christina Lamb reveals the trials and triumphs she’s faced during her pursuit to make a difference.

Being abducted by ISIS, an ambush by the Taliban and navigating the world’s most troubled spots have all been in a day’s work for award-winning journalist Cristina Lamb. She talks about her exceptional career, which also includes penning some best-selling books, before taking part in the 2017 Emirates Airline Festival of Literature.

You made a name for yourself during the Soviet occupation of Afghanistan. What have you learnt about covering danger zones since then?
I’ve been covering conflict for 29 years, and over time I think you develop antennae about when a situation isn’t quite right. It might be there aren’t any children around in a village or simply a feeling. I always trust that instinct. But the most life-threatening situations I have ever been in have tended to be in times or places that weren’t supposed to be dangerous, which makes it hard to prepare. And the world has become a much more dangerous place for journalists since the days when I started. Now we are targets.

Can you tell us about some of the most frightening or strange situations you’ve been in?
Well, being ambushed by the Taliban in Helmand in 2006 and on Benazir Bhutto’s bus when it was blown up in 2007 were very scary, as was being abducted by ISIS from my hotel room in Quetta in the middle of the night. As for strange, where can I start? Travelling down the Javari River to see the Headbasher tribe in the Amazon or driving round the war in Iraq with a dolphin tamer….

Do you feel being a woman has hampered you in any way?
Well, I have never been a male journalist so it’s hard for me to compare! But seriously, I think people often find it easier to speak to women. And we have access behind the purdah curtain to women’s quarters that our male colleagues cannot enter. It also used to be in the Middle East there was more respect for women so it was safer, sadly that has changed.

You have also reported on varying social issues, from Zimbabwean teachers forced into prostitution to the plight of street children in Rio. Is there one cause that really pulls at your heartstrings?
There has always been rape in war but in the last year I have seen unspeakable brutality against women. I have never heard stories as harrowing as those suffered by girls captured by Boko Haram in northern Nigeria and the Yazidi women and girls kept as sex slaves by ISIS.

Your bravery and trustworthy reportage has earned you numerous awards and an OBE, plus you are a noted inspiration for women all over the world. Which characteristics do you believe have helped you?
First, curiosity and the ability to listen, I care passionately about exposing injustice and telling the stories of those who cannot for themselves. This often means getting into places where I am not wanted, so determination is probably the single most important thing. I always saw ‘No’ as a starting point for me.

You have written eight books as well. Is it hard to switch between writing these different genres?
I love to write in all sorts of genres – I recently wrote my first play - and am never happier than when I have a blank page or screen. Of course journalism and books are quite different. When I switch from a long period of reporting to book writing, I often write very short chapters. And conversely, when I go back to reporting my stories are way too long!

James Joyce supposedly wrote lying on his stomach in bed, with a large blue pencil, clad in a white coat. Do you have a peculiar writing routine?
I like writing early in the morning before anyone is about. Then when my husband gets up, he makes very inspirational coffee.

You co-authored with Malala Yousafzai and Nujeen Mustafa. Apart from being young, motivating and fearless, what do they have in common?
Both were 16 when I wrote their books and incredibly positive in the face of great adversity. In Malala’s case risking her life to go to school, and in Nujeen’s, educating herself from TV because she could not go to school, then risking her life to cross from Aleppo to Germany. They are both very warm, down-to-earth, with a great sense of humour, loving family and inspirations to us all.

The Emirates Airline Festival of Literature, the Middle East's largest celebration of the written and spoken word, takes place 03-11 March. 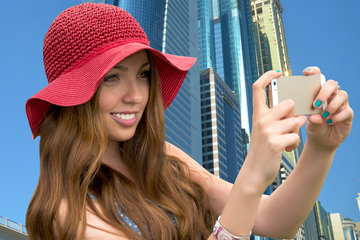