8 Things To Know About the World’s First Hijabi Ballerina 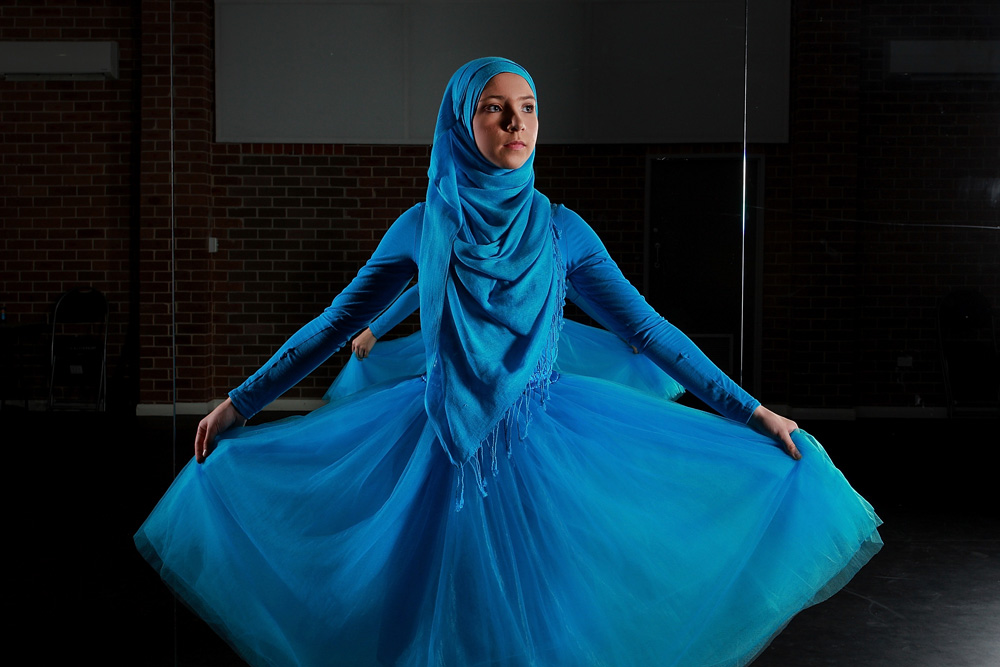 Last year, Stephanie Kurlow took the world by storm when she shared her dream of becoming the world’s first hijabi ballerina online, launching a fundraising campaign on the LaunchGood platform in order to pay for a year’s tuition at a professional ballet school. Since then, this young athlete based in Sydney, Australia has gone on to achieve commendable milestones in her journey. Here are a few things to know about this rising star:

1. The daughter of Australian and Russian parents, Kurlow has always been in love with ballerina, wearing her first tutu at the age of just 2, and putting on the hijab 7 years later at the age of 9.

2. Kurlow’s parents, her two brothers, and herself converted to Islam in 2010. Speaking to NY Times, she said about her belief that “[e]verything made sense for me in Islam […] I like to be modest and I like to keep my dignity. I like to know the purpose of my life. I like to live a healthy lifestyle and avoid harmful things.”

It's officially my birthday month!!#almost16

4. When she first started out, training as a ballerina wasn’t easy for Kurlow as she couldn’t find a ballet class that would allow her to wear her hijab while training.

"The hijab is so important to me because it's a part of who I am and represents the beautiful religion that I love," Kurlow told Mashable Australia last year. "If people have the right to dress down then I have the right to dress up and my hijab is my expression of love to my creator and I believe it covers my body but not my mind, heart and talent."

It's been a hectic few months with injuries and accidents but holidays are coming up so I can't wait! Remember to always continue striving for your goals and dreams #ballet #tutu #balletbeatifulgirls #loveofballetlit

5. Kurlow plans on one day opening her own dance facility geared towards diverse youths, with special programs for specific religions, as well as support group for youth. Her dream is inspired by her mother, Alsu, who opened Nasheed & Arts Academy in 2012, a performing arts academy that offers ballet, martial arts, and aboriginal art classes.

My first real attempt at fouettes en pointe and I'm so happy! Not perfect yet but I'm still working on it#gracefullyfallingout #ballet #fouettes #embraceyourbiscuits

6. She is a Remove Hate From The Debate ambassador, a campaign that assists young people in identifying “online hate speech and understand how to best respond.” Speaking to Refinery29 last year, Kurlow said “I think that Islamophobia is something we're still tackling. It's definitely happening, but people need to be more aware of different religions and to respect other peoples' views.”

Eid Mubarak!!This Ramadan has been such an incredible month and it's been a great time to reflect. Can't wait till the next Ramadan inshallah! Let me know how your Ramadan was? #CantikDariHati #wardahbeauty #wardahcosmetics

7. She is a recent recipient of the Aim for the Stars scholarship, and was awarded the Game Changer Scholarship by Sports fashion brand Björn Borg the year before.

Hi everyone, I have finally uploaded a YouTube video!! Check out the link in my bio to see my LATEST video Hope you [email protected]

8. She is currently training for Youth America Grand Prix, one of the biggest dance competitions in the world, which awards more than $300,000 in scholarships each year. Semifinals kick off in Sydney and the final will be held in New York in April 2018.