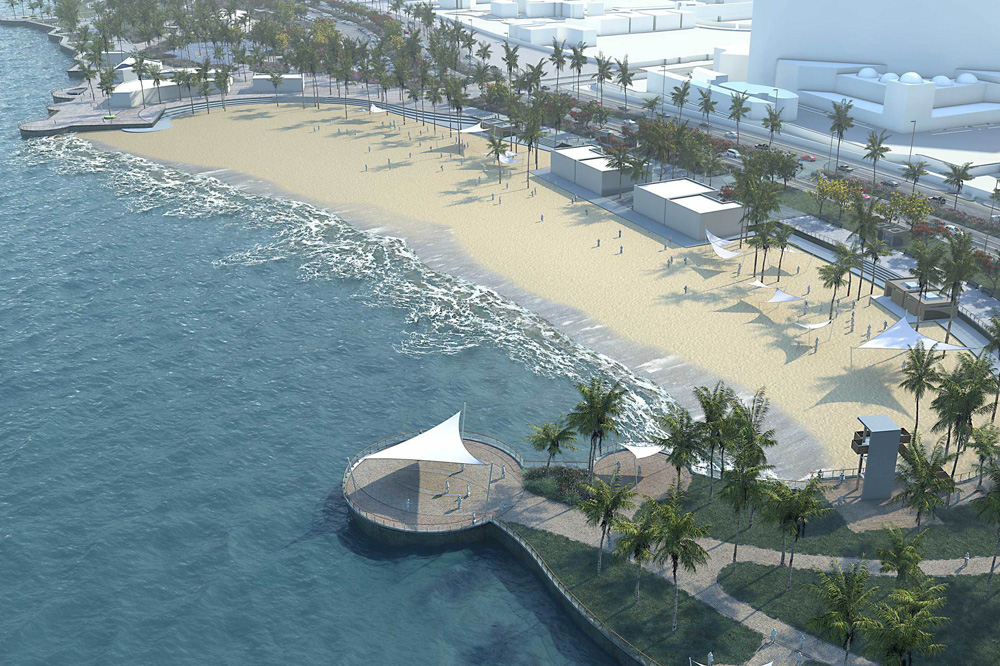 This landmark project was officially inaugurated during a grand opening ceremony in the presence of Prince Khalid Al Faisal, the Emir of Makkah region. According to Arab News, Prince Khalid congratulated Prince Mishaal bin Majid and Jeddah Mayor Hani Abu Ras on the efforts and creativity that have gone into the project. He also thanked the minister of Municipal and Rural Affairs for his interest in the region and its projects.

“We congratulate the nation on this project. Such great projects are usually not available at the same time and in the same place, but they were available and synchronized in the city of Jeddah. On this occasion, I say congratulations to the Saudi population of this wonderful country and to its distinguished leader, King Salman bin Abdul Aziz and Crown Prince Mohammed bin Salman,” he said. 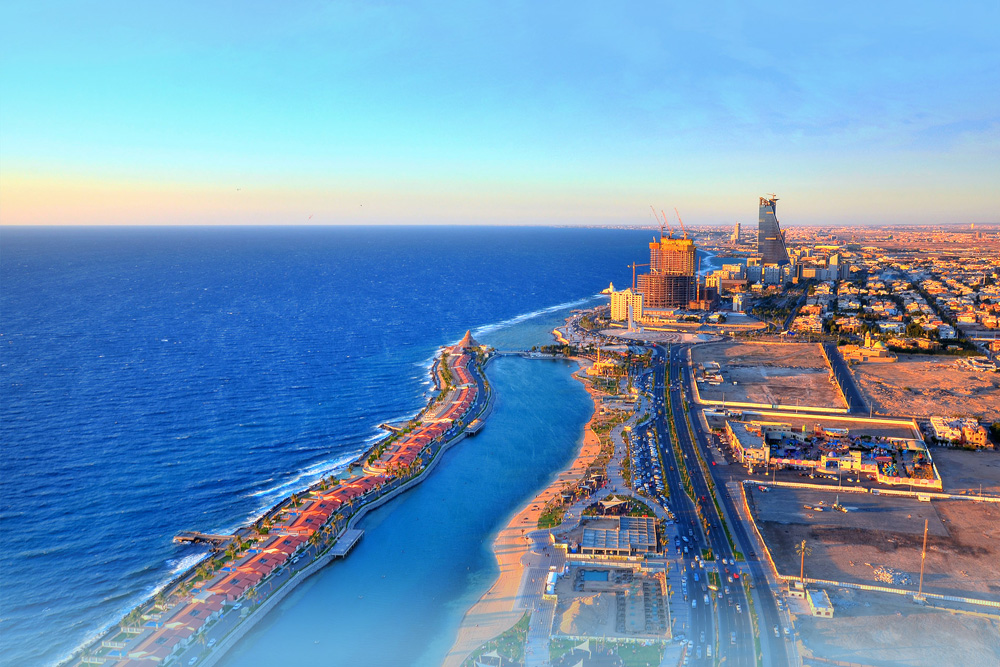 The waterfront, which is located along the Red Sea coast, will be able to accommodate 120,000 people at one time and has parking space for around 3,000 cars. Its corniche’s beaches are protected by shark barriers and observation towers, and it comes with a 4,634-meter-long promenade, a hanging pedestrian bridge connecting the corniche with Prince Faisal Bin Fahd Street, and a 125-meter fishing pier with awnings.

This project is one of many planned for Jeddah. According to Arabian Business, Saudi Arabia’s Public Investment Fund (PIF) announced in September a separate $4.8 billion “redevelopment of the corniche that will see housing, shops, museums and a marina built over the next 10 years. The PIF project will see 5 million sq/m of beach developed, and will add 12,000 housing units to the pipeline, with construction set to begin in 2019 with the opening of the first phase scheduled for the final quarter of 2022.”