The third edition of the Arab Women of the Year Awards honoured some really exceptional women involved in all kinds of pioneering work. 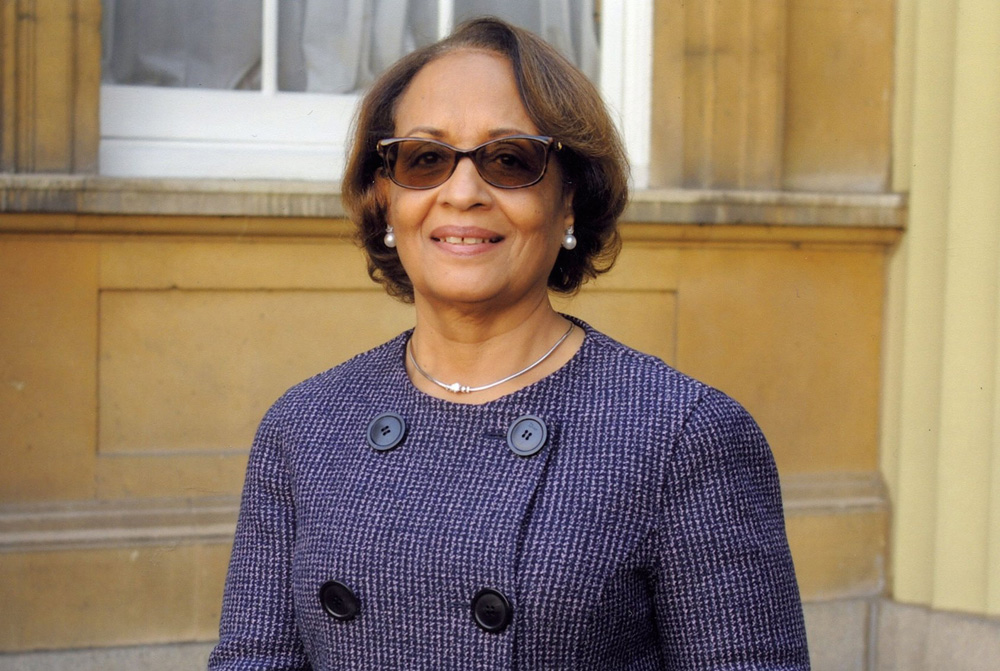 The Arab Women of the Year Awards 2017, a prestigious global celebration of achievement and excellence for Arab women from around the world, was recently held in London. The high-profile awards ceremony, which marked its third year, toasted outstanding women who have left a positive mark regionally and internationally, in different fields, and contributed immensely to public life.

Very proud of our 2017 winners

The glitzy awards evening was presented by the London Arabia Organisation, which aims to strengthen cultural ties between the UK and the Arab world and also organises London Arabia Art & Fashion Week. “The awards aim to promote the achievements of Arab women who have become role models for future generations,” Omar Bdour, London Arabia Organisation’s CEO, said about the event. Partnered and sponsored by the likes of Regent’s University London, Bicester Village, La Vallée Village, London & Partners, Welcome to Great Britain and the Arab British Business Association, it took place at the Jumeirah Carlton Tower Hotel.

Arab Women of the year 2017 @londonarabia

Saudi social media influencer and entrepreneur Bayan Linjawi hosted the event, which was described by UK Foreign Secretary Boris Johnson as an occasion that will “showcase a diversity of incredible talent in a multitude of arenas and promote the key role that Arab women play in society.” And the royals, diplomats and other prominent women there to show their support for the winners, got to enjoy the entertainment by the Scottish Egyptian multi-talented Ayoub Sisters.

Here are the 11 inspirational winners who got a nod for their amazing achievements in their fields.

Achievement in Philanthropies Award: As the Secretary General of Alwaleed Philanthropies, HRH Princess Lamia Bint Majid Al-Saud collaborates with other organisations to fight poverty, build women’s and children’s self-confidence and provide help in disaster stricken areas, amongst other philanthropic endeavours. The Saudi royal is also a member of the board of trustees of the non-discriminatory foundation, which has lent a hand in over 124 countries.

Achievement in Community Development Award: Sheikha Intisar Al-Sabah of Kuwait established Alnowair, a unique non-profit initiative in the region. Dedicated to spreading optimism in Kuwait, the initiative inspires positivity through attractive campaigns and programmes that deal with providing constructive learning environments in schools and universities.

Achievement in Social Leadership Award: Sudanese Dr Hania Mursi Fadl is behind the Khartoum Breast Care Center, the only all-inclusive centre of its kind in the region. Fadl, one of the first women in her country to get radiology training, used a huge sum of money from a family foundation fund to establish the centre.

Achievement in Music Award: Nawal El-Kuwaitia, who became renowned for 90s songs like ‘Do You Know or Don't You?" and “Abandon" has made a remarkable comeback with her latest album. El-Kuwaitia, also known as ‘The Queen of Classic Music’ or ‘Harp of Khaliji Song’, studied at the Music Institute in Kuwait and has 17 albums to her name.

The Star Nawal El Kuwaitia with her award

Achievement in Culture Award: Lebanese Dr Maha El-Khalil Chalabi has been in charge of lots of welfare and cultural campaigns for Tyre, the UNESCO World Heritage Site she grew up in. Some of her outstanding achievements include founding a medical and social care complex and the city’s international festival.

Achievement in Promoting Women’s Advancement Award:  Former professional swimmer Yasmine Sabri is an outspoken feminist and a passionate advocate of women’s advancement all over the world. The Egyptian actress is a relative newcomer to the silver screen, but has already worked with several greats like Mahmoud Abdel Aziz and Mohamed Imam.

The very talented Yasmine Sabri with her award!

Achievement in Motivation and Wellbeing Award: Emirati author and motivational speaker Hala Kazim came up with "Journey through Change" after going on hiking trips in remote environments. They inspired her to create her own trips for women that involve physical activity, plus coaching and counselling by Kazim herself, who is certified by City University, London. By removing women from their everyday lives, they can focus on themselves, and, in turn, find the strength to make positive changes and create the perfect balance.

The one and only Hala Kazim with her award

Achievement in Trade Development Award: Bahrain’s Shaikha Hind Bint Salman Al-Khalifa has been involved in business activities in different economic areas and is the Director of the Bahrain Chamber of Commerce & Industry. The Bahraini royal, who is the President of the International Federation for Bahraini Business & Professional Women, is also known for her numerous community related achievements.

Achievement in Education Award: Dr Karma Nabulsi is the Director of Undergraduate Studies at the University of Oxford’s Department of Politics and Public Relations and Fellow in Politics at St Edmund Hall, Oxford. She researches and publishes on revolutions and social movements in the 19th century and Palestinian representation, particularly the refugees from her native country. She was heavily involved with “The Palestinian Revolution,” an Arabic-English digital humanities and teaching resource.

Achievement in Journalism Award: Veteran Lebanese-American journalist Ragihda Dergham is the Founder and Executive Chairman of Beirut Institute, a cutting edge independent think tank for the Arab region. Dergham, who has interviewed countless presidents and prime ministers while working as a political analyst and columnist for Arab and international news organisations, dedicated her award to “every woman in the Arab world who is now breaking the glass ceiling.” She also dedicated it to “every journalist that still upholds the ethics of journalism.”

The legendary Ragihda Dergham with her award

Achievement in Public Awareness Award: Hind Al-Eryani, a Yemeni writer and radio anchor, is campaigning for promoting peace in her country.  She has also led many campaigns against Qat, a drug-like leaf that is chewed by a high percentage of Yemenis. Al-Eryani, has had her articles translated into several languages, including one of her most famous titled “Why Don’t Men Cover their Faces?”

Hind Al Eryani with her award for Public awareness