By recreating Vincent van Gogh’s “The Starry Night” and presenting Edvard Munch’s “The Scream” on cream, this coffee artist has become a ‘CreamArt’ pioneer. 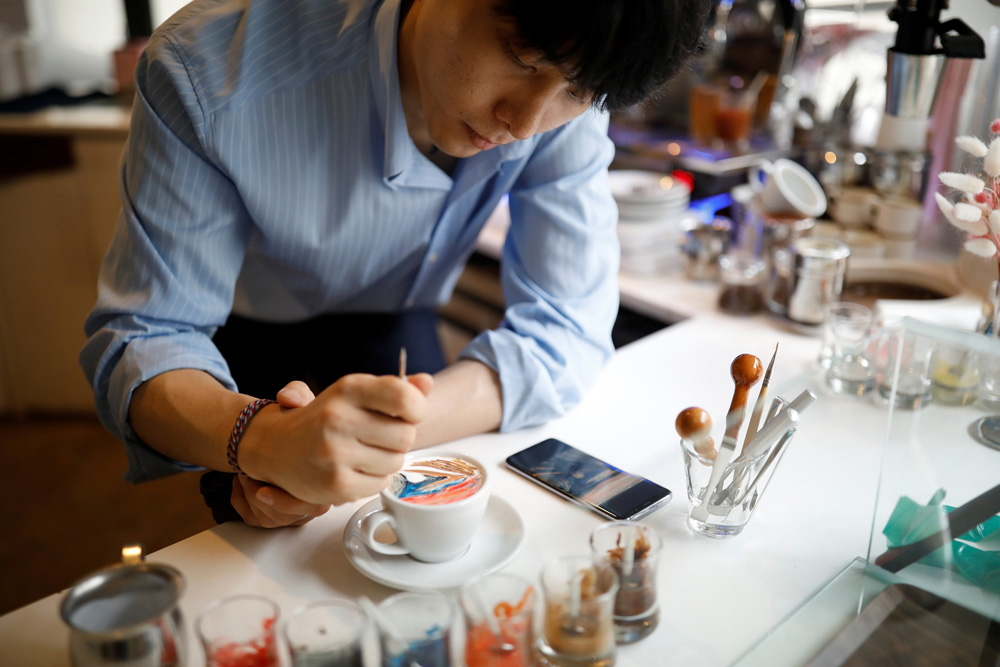 Famous South Korean barista Lee Kang-bin has taken coffee art to the next level with his miniature imitations of famous paintings and other intricate designs he presents on the frothy layer of foam that tops off lattes. "Coffee is a fairytale to me," he told CNN. "It helps me express exactly what I want and brings my dreams to life. People who specialise in latte art usually only use two colours: black and white. But I wanted to break that colour limit."

Kang-bin uses cold coffee (so the taste doesn’t change), thick cream, chocolate sauce and food colouring while crafting his beautiful creations. Meticulous strokes, small brushes and spoons are also a necessity during the painstaking 15-minute process. The coffee artist recreates the likes of Vincent van Gogh’s “The Starry Night,” Edvard Munch’s “The Scream,” "Mona Lisa" by Leonardo DiVinci and Edgar DeGas’s dancers. He also comes up with cheeky takes of cartoon characters like Aladdin, Bambi, Snow White and Winnie the Pooh, as well as Hollywood stars including Leonardo DiCaprio and Johnny Depp as Captain Jack Sparrow. And whether visiting his Café C. THROUGH in Seoul or via his online posts, Kang-bin has won over thousands of fans with his mesmerising cups of java.

"One time I drew “The Starry Night” and it looked so special as the famous painting placed on top of coffee. After that, lots of people ordered that coffee," Kang-bin told “Reuters.” He also takes custom orders, with customers usually asking him to draw their favourite art works. The Instagram sensation with 215k followers regularly posts videos and images of his incredible ‘CreamArt’. Plus, despite never attending formal art courses, he teaches other baristas how to paint on coffee and judge's latte art competitions around the world.

Kang-bin started brewing coffee when he was 17 while undertaking his mandatory military service. He found a lot of pleasure in it, leading him to buy a coffee machine and open his first café to serve other soldiers.

Thank you all for your interest! We are getting a lot of reservations for one of our representative menu, Creamart, but we cannot meet all of demand. . From now on, we plan to change the way of the order. . Special pictures other than the ‘bear’ are available when two or more baristas are existing including me. . We will change pictures every month. And the price will be different depends on pictures. This month you can have bear, rose, little mermaid and the starry night. . When you visit our store, we will provide you a detailed guide. . Thank you again for your attention.Please refer to the profile link for Creamart order.