As part of Level Shoe’s “Disco Dynasty” campaign, five high-fliers open up about life in the disco-dominated 70s. 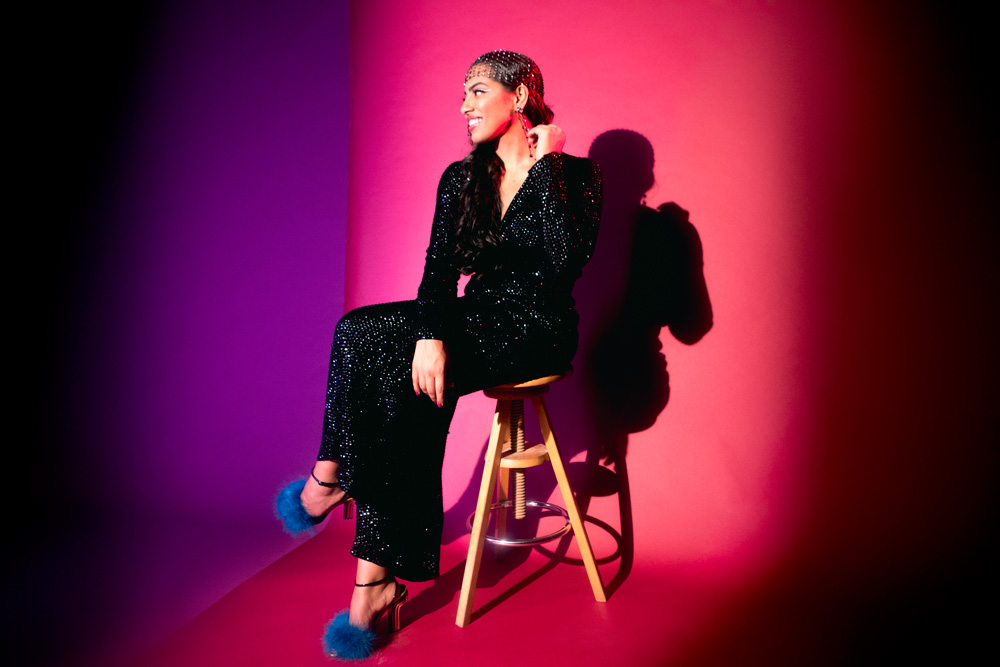 Level Shoes, the impressive store known for its designer footwear, is marking the festive season with “Disco Dynasty,” a campaign inspired by two decades dominated by disco, the 70s and 80s. The era of funk is remembered for wide-ranging styles, electrifying dance and the rise of escapism, and it is a palpable choice for a season that celebrates flashy fashion and free-spiritedness.

As part of the campaign, Level Shoes, which sees you walking into a world featuring 250 international designer brands, asked five dynamic and revered women to share their thoughts and feelings about the period. They discuss freedom of expression and how the 70s and 80s had a lasting influence on popular culture and fashion. While embracing their inner dancing queens, they also elaborated on how this moment in time paved the way for women today. 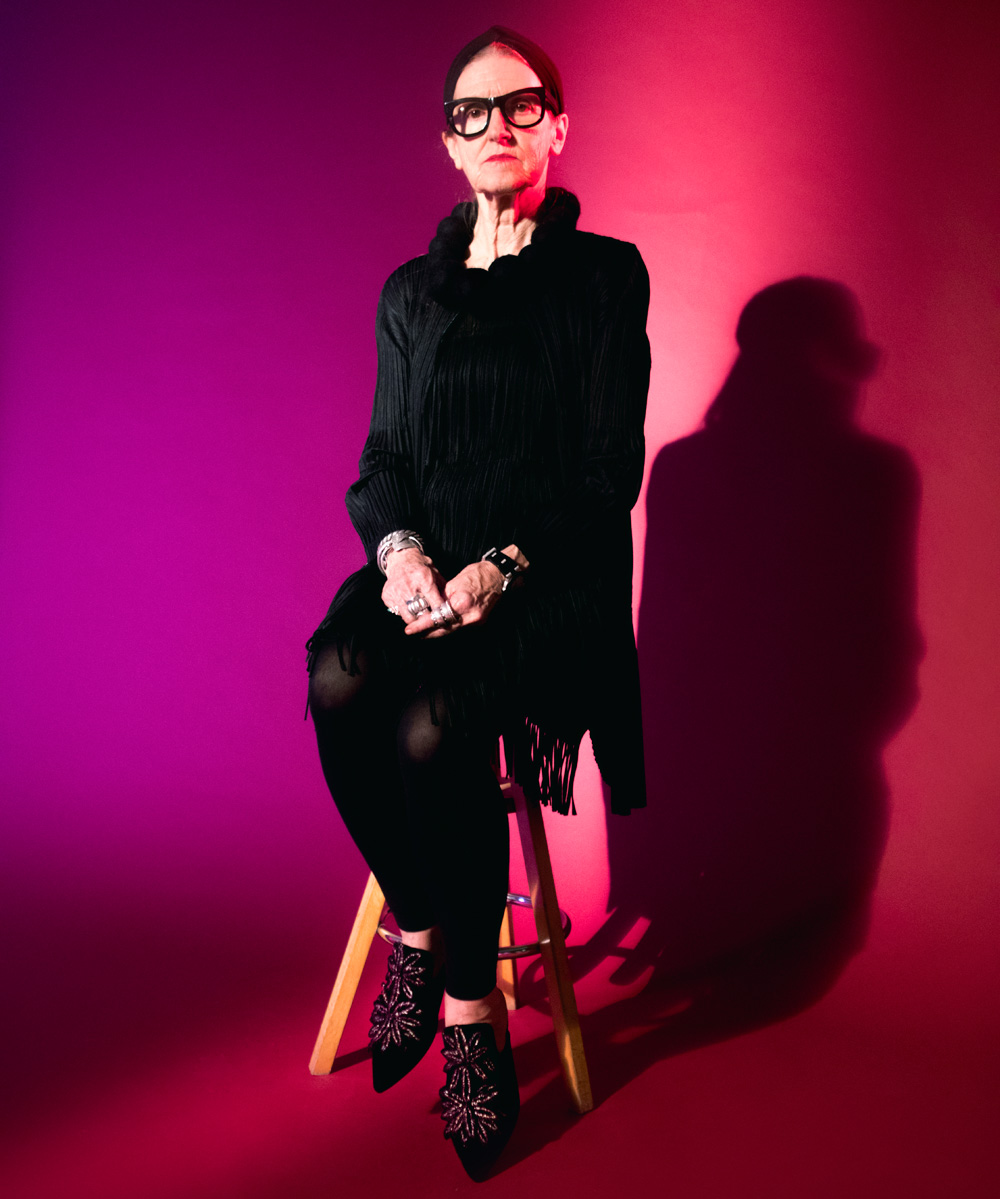 Patricia Millns, a Gulf resident for over 30 years, is renowned in the regional art scene. Charming and affable, the artist says things suddenly looked up once Abba and John Travolta became big. “The disco ball was the 70s because you could use the fun and the flitter, wear make-up and party with David Bowie in Beirut going round and round indefinitely with fabulous lights bouncing off everywhere and people just moving and having fun without really thinking too much about anything,” she adds. 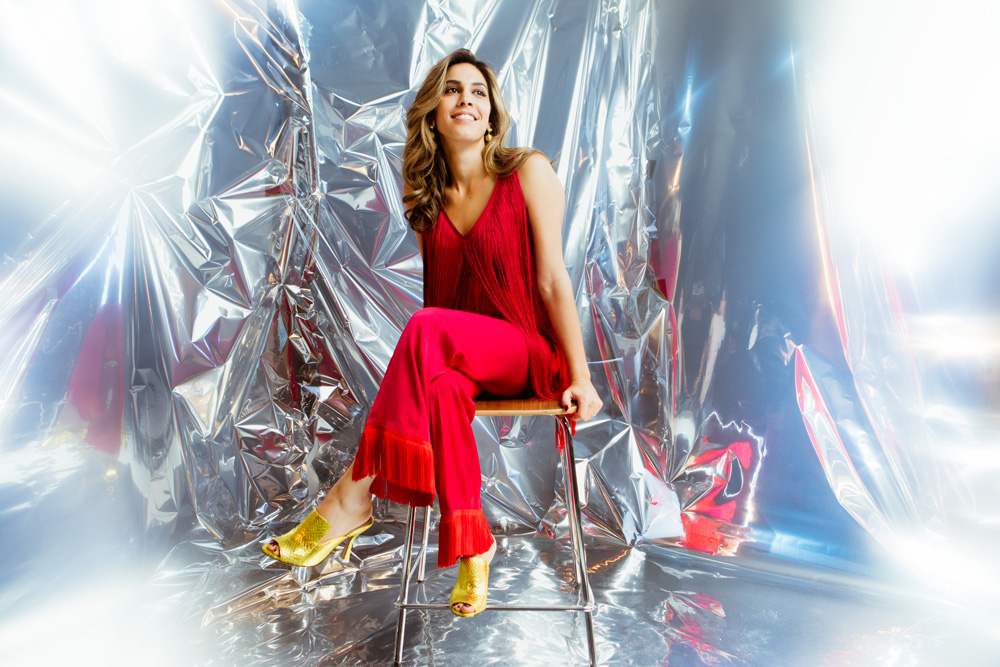 Jordanian-Canadian Salwa Katkhuda is a Strategy and Growth Manager at Little Thinking Minds. She started her career working in Silicon Valley and then decided to leave her job to start working at one of the start-ups she initially invested in.

Katkhuda thinks it’s still a man’s world and women are yet trying to remedy that. She says cinema and tech make it evident women are still oppressed. Plus, the media has made it very easy for people to talk about their issues and as these issues surface they’re having an impact on the masses way faster than they did in the 70s. “The disco era represented freedom, women empowerment, individualism, self-expression, you got to finally be who you wanted to be without being ashamed about it. It gave people a voice, and they did it with style,” Katkhuda says. 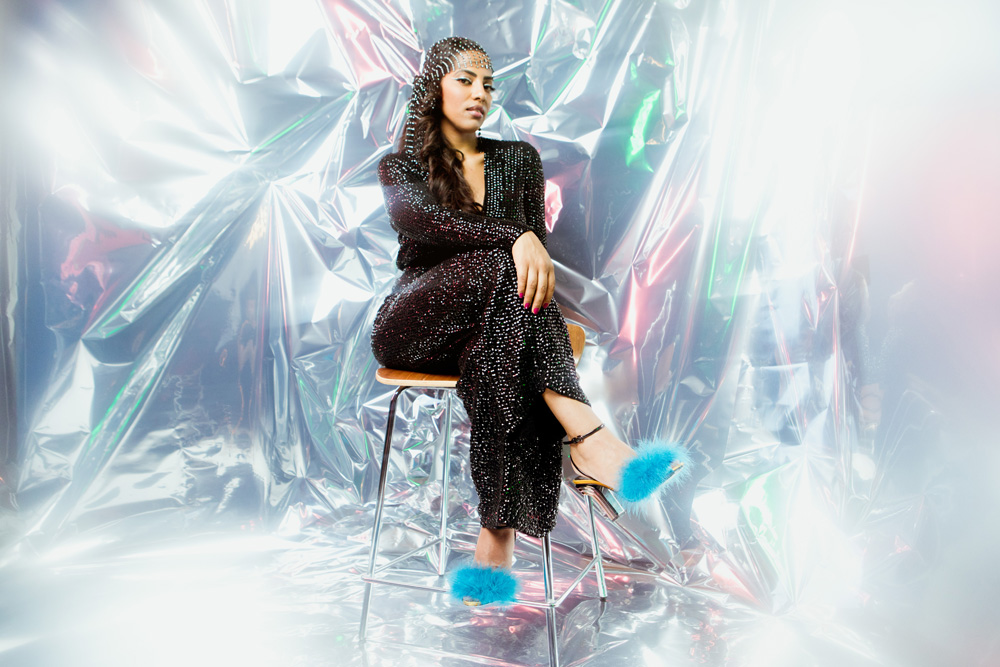 Mariam Al Badr, a corporate Communications Director at Dolphin Energy, is an Emirati national who previously worked at the Ministry of Presidential Affairs. She touched on the importance of being a strong woman in today’s world, whether as a leader in her business or as the mother of two young boys.

“A lot of times people think women need to be quiet or shy or muted, and I think when you’re a very straightforward kind of woman it is appreciated. The most important title that I have is being a mother, that’s where I find my strength and my passion,” Al Badr says.  She adds she was lucky to grow up with her father telling her she could do whatever she wanted, which meant she never felt stifled. “It took me a while to grow into my own and to become my own woman and become confident, but I really feel like today, right now, I’m so myself,” Al Badr says. 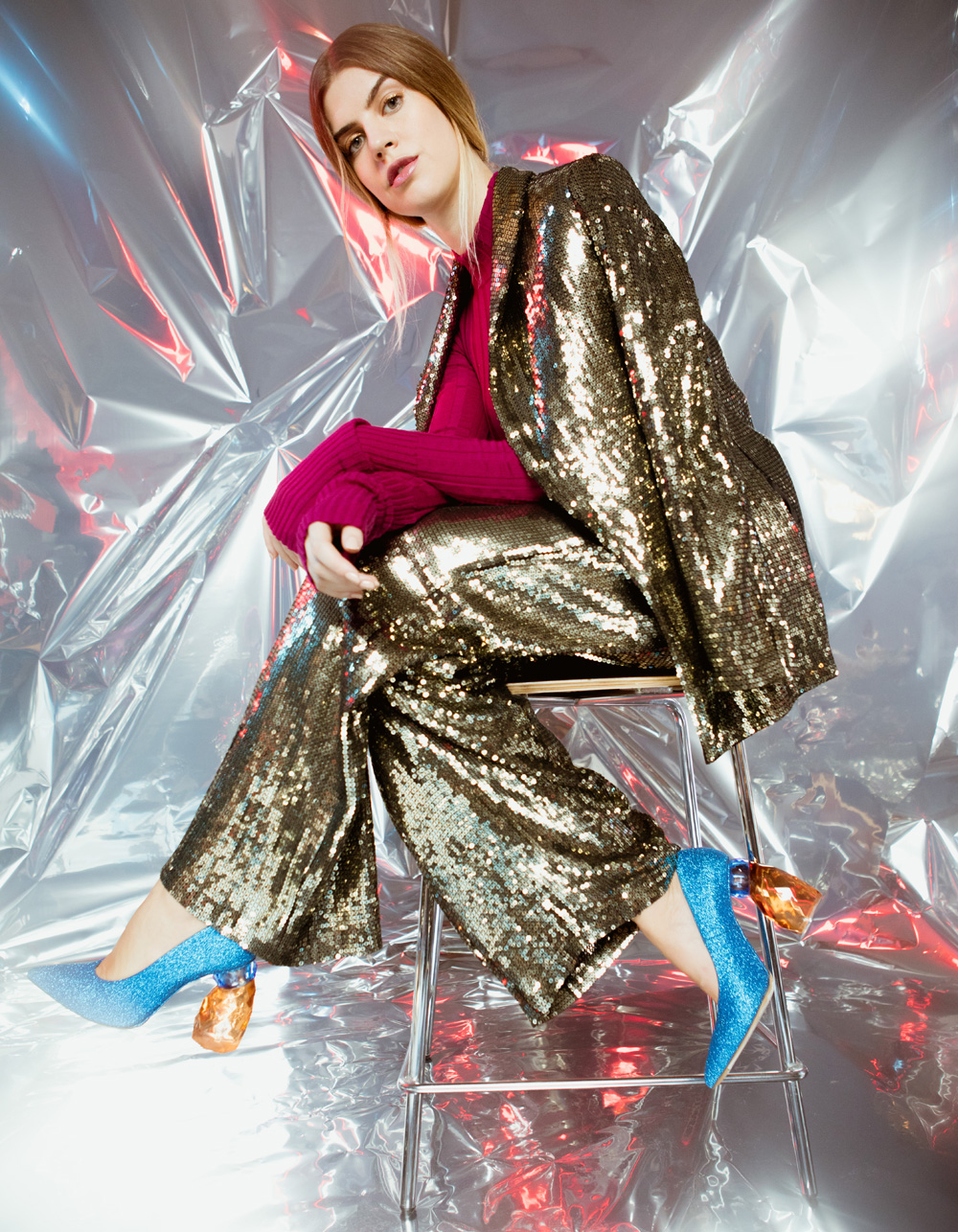 As Co-Founder of women-only investment platform WOMENA, Elissa Freiha is changing the face of investment in the MENA region. She says women all over the world face many struggles and a lot of work still needs to be done. She says the big civil rights movement in the past wasn’t just about women feeling freer and stronger, but the whole ethnic pride. Nowadays, “we are seeing such a dramatic re- defining of what it means to be unique and be yourself that we are taking it to another level,” Freiha says. “When I hear, the word disco I immediately think of an explosion of energy that’s come after some really constraint times. I think of colours and sparkles and strength, I just see a lot of energy coming from people” 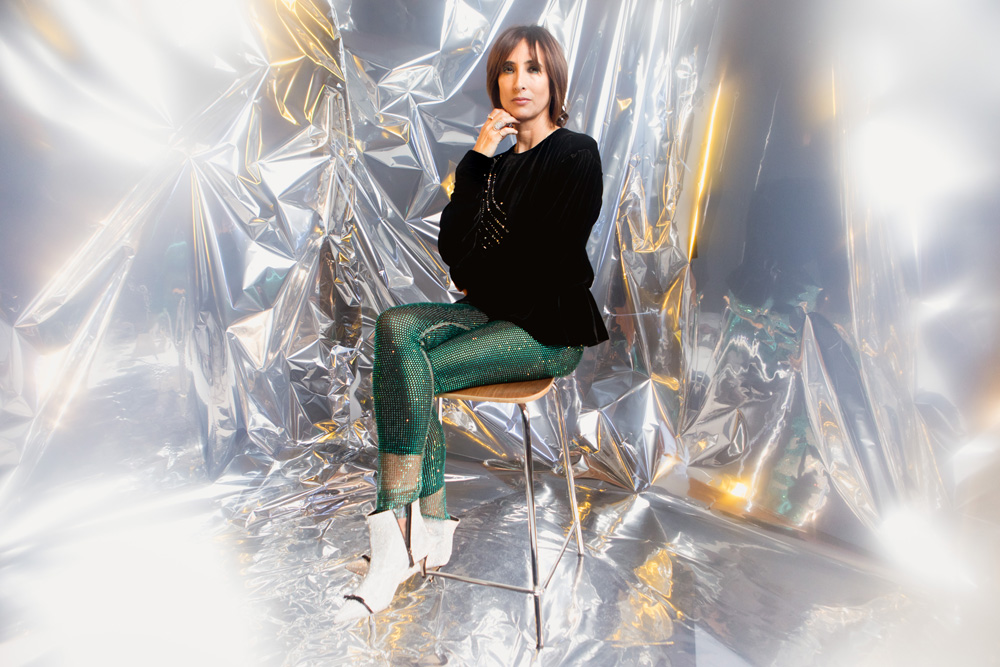 Emma Sawko, a health food champion who owns Wild & the Moon, an organic restaurant, and concept store Comptoir102, is a true Parisian with an effortless force.

“The 70s gave us a lot of freedom in fashion, I mean it was a completely different style that came up. The kind of nostalgia that we would feel from the 70s is not really about fashion for me, it’s about the emotions that are missing today, what are we missing today that is the question,” the entrepreneur says.

Sawko, who radiates femininity, says she believes music and dance are related and they bring people together as there aren’t any borders when people dance. “It’s all about freedom, and you can really express yourself and no one cares,” she says. When asked about a powerful woman who inspires her, Sawko replies: “Patti Smith, she’s a great style icon, she’s a woman that’s strong and fragile, a rocker and a poet, an activist and a gentle woman.” 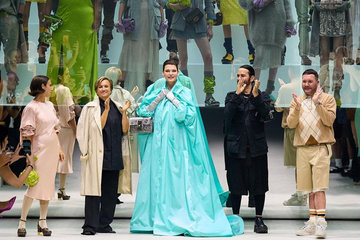 We Are Still Celebrating the 25th Anniversary of the Fendi Baguette 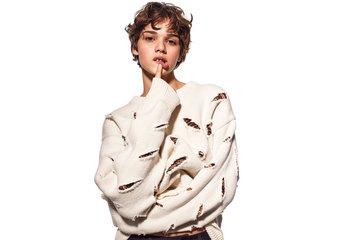 Transition Right Into Fall With This New Cool Chic Collection 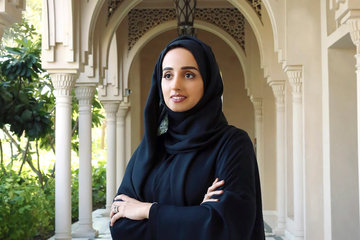 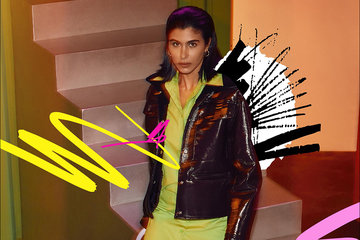 Bloomingdale's Celebrates Its 150th Legacy Across The GCC 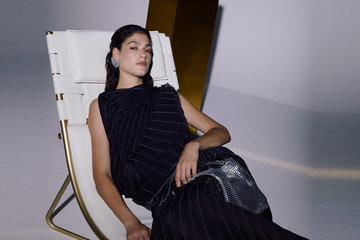