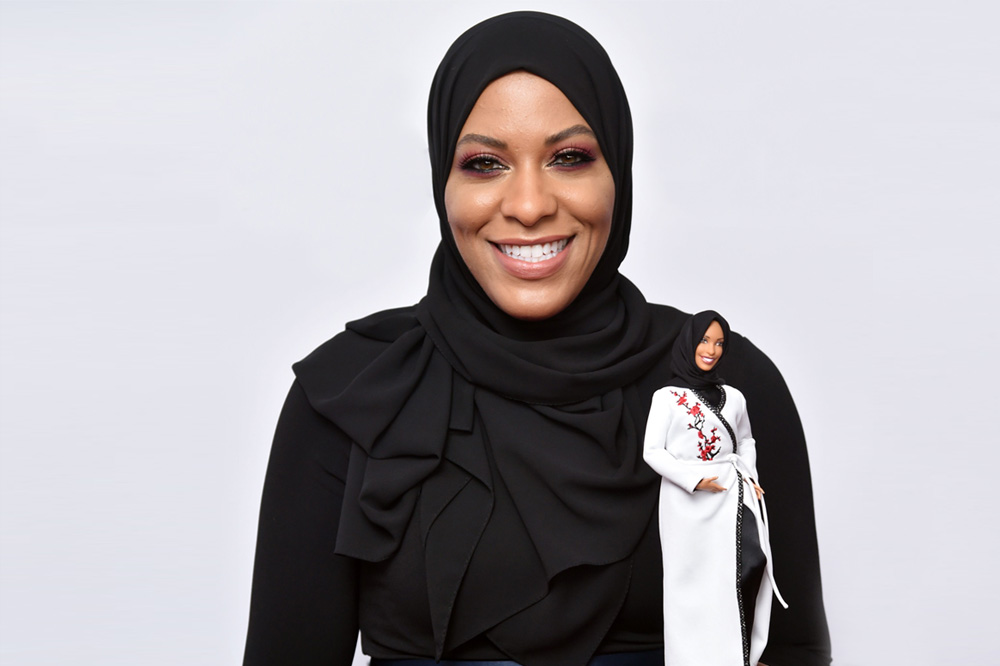 For the first time ever, you will be able buy a Barbie wearing a hijab. The “Shero” doll is being released in honour of one of the most influential women in sport, Ibtihaj Muhammad.

She was the first athlete to wear a hijab while competing for the United States at the 2016 Rio Olympics and is the only Muslim American woman to win an Olympic medal so far. And now Ibtihaj Muhammad can add another first to her CV by being chosen as the inspiration behind the first hijab-wearing Barbie.

Model Ashley Graham presented the doll to the fencer, who took a bronze medal in team saber during last year’s Olympics, at the recent “Glamour” Women of the Year Awards 2017. “I had so many moments as an athlete, where I didn’t feel included, where I was often in spaces where there was a lack of representation,” she said while expressing her gratitude at the event in New York. “So to be in this moment, as a US Olympian, to have Mattel, such a global brand, diversify their toy line to include a Barbie doll that wears a hijab is very moving to me.” Muhammad, who runs Louella, a clothing label tailored specifically for Muslim women, with her five siblings, also said the Barbie doll was for those who didn’t believe in her. 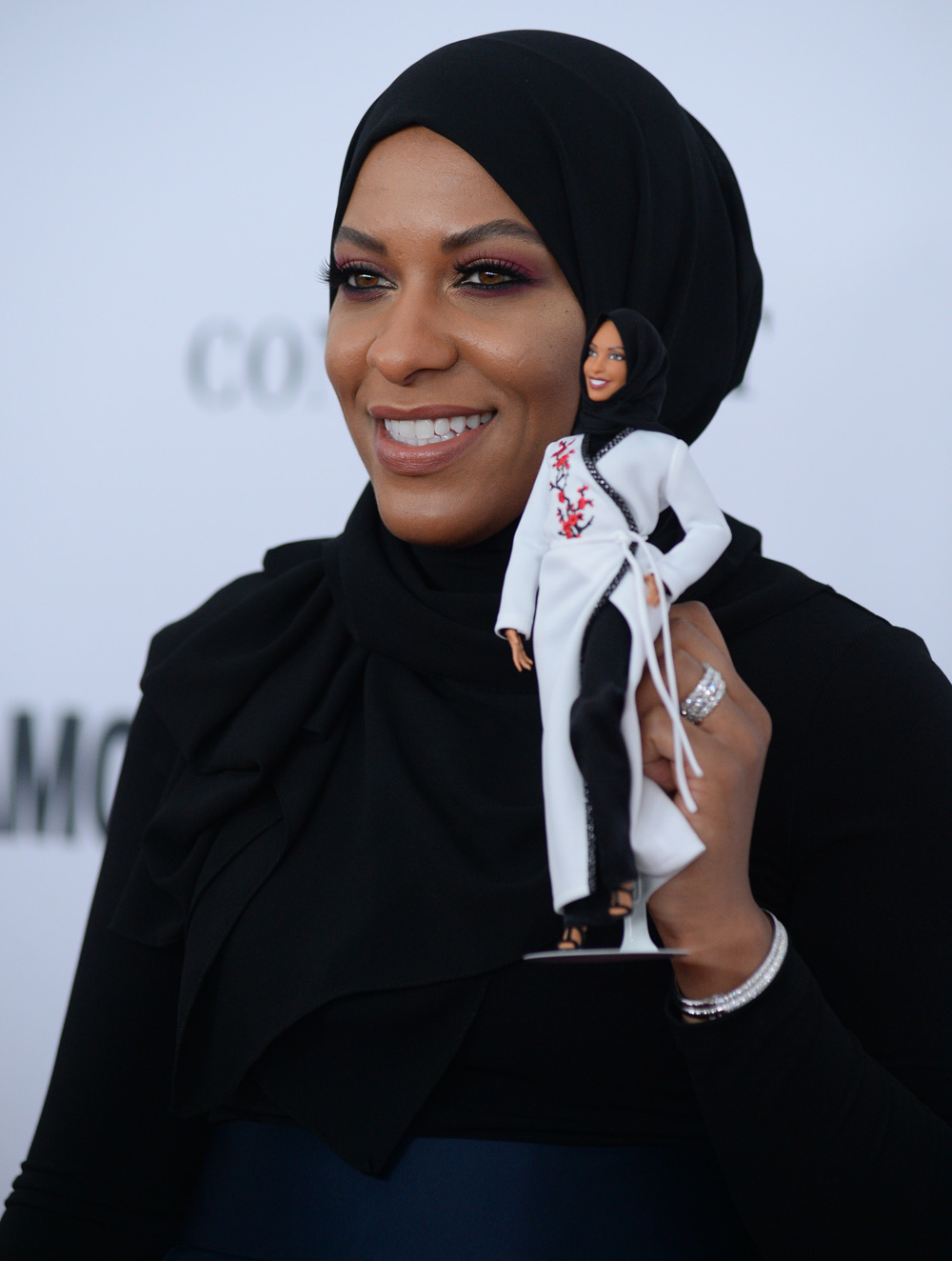 The New Jersey native, who used to make tiny hijabs for her Barbie dolls as a child, helped designers at Mattel to create the doll in her likeness. As well as the hijab, the Barbie has full fencing gear, including a mask and sabre, and wears Muhammad’s Nike shoes. Even her hair is sculpted to a tee. “There was so much about the doll that was important to me. I know as a kid I was bullied for having larger legs, and sport taught me to embrace my body and to love my body and the strength that it could produce,” Muhammad, 31, said. “I think that having strong legs helped me win a medal at the Olympic Games, so I wanted my legs to be larger, more athletic legs, toned legs. And I am very into eyeliner, so I wanted a strong-winged cat eye. And Mattel listened to everything, everything even down to the fabric of the hijab.”

Thank you @Mattel for announcing me as the newest member of the @Barbie Shero family! The Barbie Shero Program recognizes women who break boundaries to inspire the next generation of girls and I am so excited to join this incredible group of women. I’m proud to know that little girls everywhere can now play with a Barbie who chooses to wear hijab! This is a childhood dream come true#shero

Muhammad, who began fencing at age 13, according to her Team USA biography, offers inspiration and hope to others because of her success story, which is all about self-confidence, inclusion and parity. In her speech at the “Glamour” live summit, she said she hoped the doll would inspire girls to embrace their unique qualities. She also tweeted that she is “proud to know that little girls everywhere can now play with a Barbie who chooses to wear hijab! This is a childhood dream come true.”

The first hijabi @barbie doll is red carpet ready for the Glamour Women of the Year Awards#girlgang #barbie — dress: @louellashop

"Ibtihaj is an inspiration to countless girls who never saw themselves represented, and by honouring her story, we hope this doll reminds them that they can be and do anything," Sejal Shah Miller, Barbie's Vice President of global marketing, said in a statement. The doll will come out in 2018 and is the latest addition to Barbie’s “Sheroes” line. The range features dolls modelled on prominent women such as Olympic gymnast Gabby Douglas, Ashley Graham, ballerina Misty Copeland, actress Zendaya and country music artist Trisha Yearwood.

We are so excited to honor @IbtihajMuhammad with a one-of-a-kind #Barbie doll! Ibtihaj continues to inspire women and girls everywhere to break boundaries.#Shero #YouCanBeAnything #GlamourWOTY

Toymaker Mattel, which has been critisised in the past for making dolls too thin and promoting narrow and implausible standards of female beauty, has been working hard to diversify its collection to appeal to a wider audience. They have rolled out tall, petite and curvy versions of the dolls.