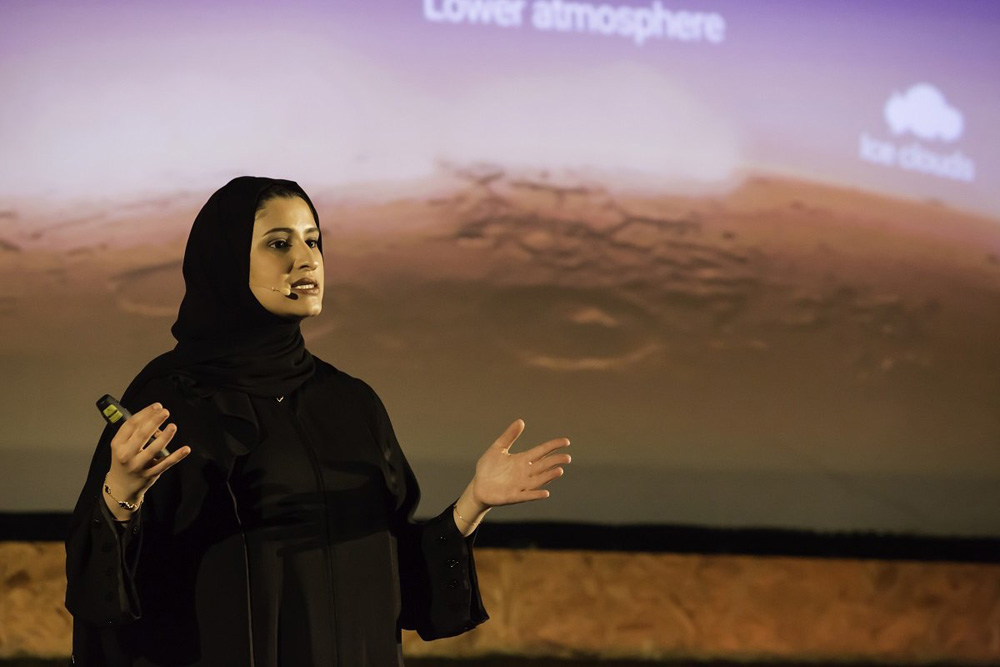 TED (Technology, Entertainment, Design) is known as an inspiring and global idea-sharing platform that brings the world’s most influential speakers to the forefront. Yet, to date, no one from the United Arab Emirates has graced its global stages. That is, until now.

From November 1 to 3, Sarah  Amiri, the lead scientist for the UAE’s Mars Mission Hope project will take center stage at the TEDWomen event in New Orleans, Louisiana, to share her work and details of the mission with the audience.

Amiri, the 30-year-old deputy project manager and science lead at the Mars Mission, as well as the newly appointed Minister of State for Advanced Sciences, first spoke last year at the smaller TEDxSalon in Dubai's Alserkal Avenue.

In a 2016 online article in WeForum, Amiri pointed out the historical importance of science in the Arab region.

“It's something we're very aware of, and something we want to get back to. Our region developed the fundamentals for every field of science. We were among the first to use maths and physics to explain what's happening with the heavens, to move away from mythology. So, we know what our potential is, because we've done it before. Our Mars mission is meant to stimulate that potential,” she explained.

She also went on to explain that the UAE has actively worked on attracting women to STEM (science, technology, engineering, and mathematics). She points to equal opportunities granted to girls right from early education, to legislation that actively encourages women to take on leadership roles.

She also went on to say that she has not personally faced challenges to work as a female scientist in the region: “Personally, it's not been a challenge at all. Most science graduates in the UAE are women, and 50% of our employees at the space programme are women. So, we don't usually see the same trend of inequality that you see globally. Ironically, when we meet with international entities, that's when I'm often the only woman in the room.”

To mark her milestone talk at TEDWomen, the district that hosts Dubai’s TEDxSalon is planning to throw a screening party on the 2nd day of Amiri’s talk. According to TEDxDubai curator and social entrepreneur, Natascia Radice, the livestreaming event is an opportunity to give women speakers the same opportunities as men in front of a mixed audience and to show support for Amiri.