Get to know Shadia Bseiso, who is set on making the Arab region proud and showing women nothing is impossible. 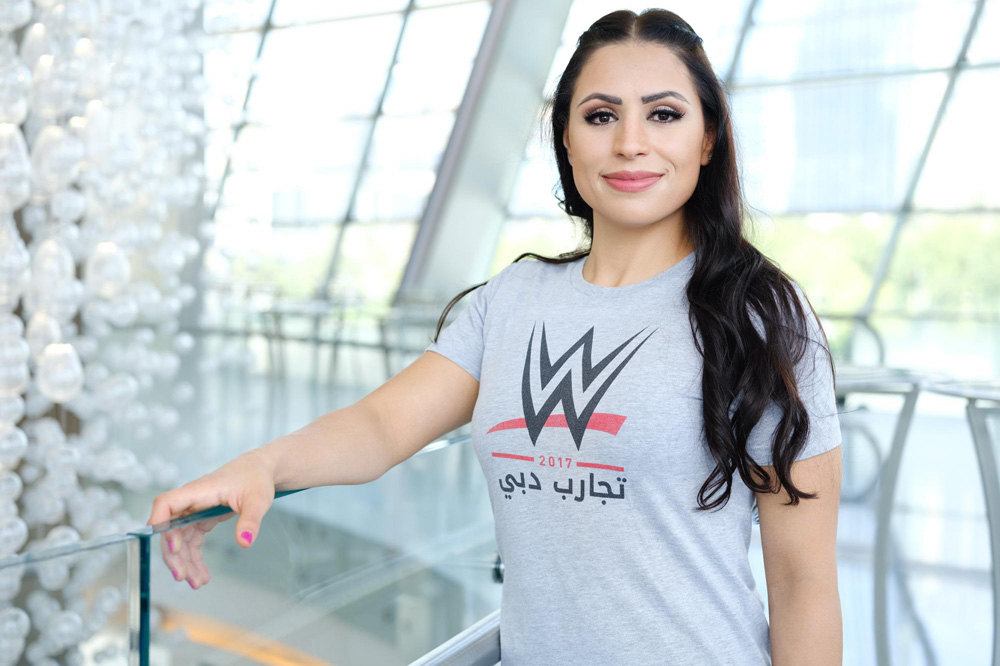 Shadia Bseiso recently became the first Arab female wrestler to sign a contract with World Wrestling Entertainment Inc. (WWE), putting her among the ranks of women who are smashing stereotypes to smithereens.

The Jordanian made the path-breaking achievement after trying out at the WWE’s invitation-only talent tryout in Dubai earlier this year, when 40 men and women from the Middle East and India were put through paces as the company’s scouts looked on. She was up against people with varied backgrounds in sports and athletics, including power lifters, rugby and football players, amateur wrestlers, martial artists and fitness experts.  And it goes without saying Bseiso, 31, was over the moon after convincing the heads at WWE she was able to make the grade. “It is an honour to be the first-ever woman from the Middle East to sign with WWE. Working with WWE is an incredible opportunity. I have visited the Performance Center and attended the Mae Young Classic. I have personally witnessed the power of WWE and the passion of WWE fans. I look forward to starting on my path to becoming a WWE Superstar, ” she told “Gulf News.”

One of my favorite things about training @innerfight is the positive training enviroment that the coaches and members create; the kind of enviroment that encourages me to get out of my comfort zone and learn new things #ropeclimbs #innerfightdxb

While WWE is US-based, it has gained die-hard fans in the Arab region and around the world. The company has a roster of international talent hailing from various countries like Brazil, Mexico, the United Kingdom and Australia and has recently signed on talents from India and China while it aims to expand its global reach. "Recruiting Shadia to join our developmental system underscores WWE's ongoing commitment to building a talent roster as diverse as our fan base," Paul (Triple H) Levesque, WWE Executive Vice President, Talent, Live Events & Creative, said. “We’re confident Shadia will help inspire future WWE Superstars, as we continue to recruit the most talented athletes and entertainers from around the world.” Incidentally, the company has also welcomed 31-year-old Kavita Devi, the first Indian woman to perform and compete in the WWE as it “seeks to piledrive its way into lucrative foreign markets,” according to Reuters. 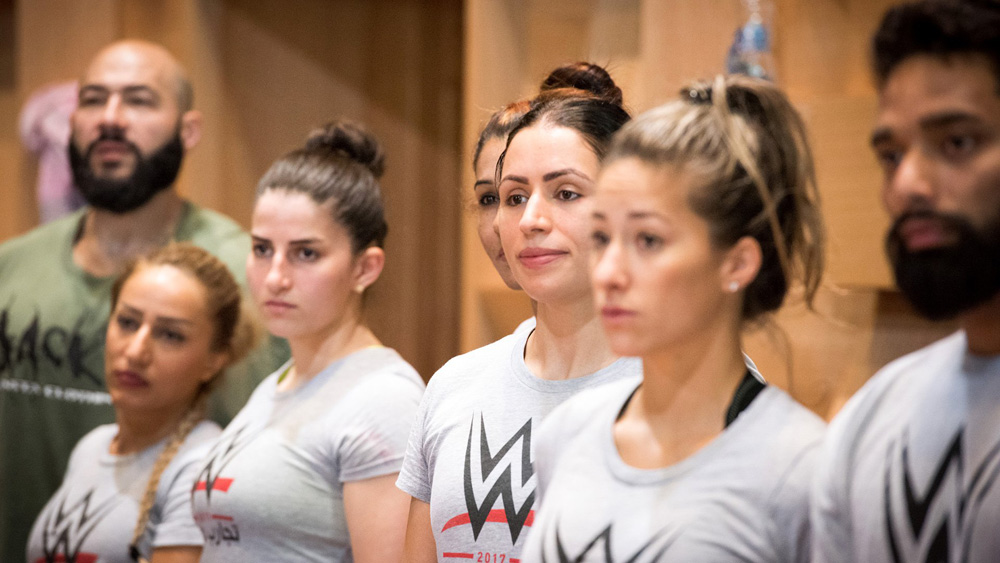 Undoubtedly, wrestling will become more popular among women in the region as we now have a star from home to root for. Here’s what to know about Bseiso as she starts her journey towards becoming a WWE Superstar and joining the world’s top competitive wrestlers.

She is a successful TV, radio and live presenter: With her polished charisma and confidence, Bseiso has been working as a voice-over artist and TV presenter for Dubai-based SDB Media. She has also worked on many live events for some of the biggest regional brands. Plus, she previously worked as a presenter for Virgin Radio Dubai. Bseiso has had formal training in Radio & TV Presenting from London’s BBC Academy and to get further ahead, she took a course in TV & Film Production at the New York Film Academy.

She is off to start her WWE training:  Come January, Bseiso will begin training at the WWE Performance Center in Orlando. As well as physical preparedness, which includes gruelling strength and conditioning programmes and mastering wrestling techniques, trainees develop their in-ring personas, something WWE calls "character development".  The transformation into one of WWE’s big personalities is crucial for success.

Anyone who trains jiujitsu knows exactly how special this is! Today I got 2 stripes on my blue belt!! Thank you professor @radatarikhaubert and thank you to our TND coaches @ramseye4 @max_abrahamyan @rickytandaindianman can't wait to see you on the mat!

She has a blue belt in Jiu Jtsu: Bseiso is trained in Brazilian Jiu Jtsu and has a three-stripe blue belt in one of the fastest growing combat sports in the world. Also known as known as BJJ, it is a martial art that focuses on ground fighting and submission and has surely helped her enter the world of WWE. She is also a CrossFit (a strength and conditioning programme) enthusiast.

She wants more Arab women to engage in sports: While more and more women are getting involved in sports in the Arab region, there’s still room for improvement, and Bseiso would love to see more Middle Eastern women get active. "Female athletes are finally getting the credit they deserve. The world is more open to that, and in terms of how the region will react to it, I'm hoping its going to be very positive," she told Reuters.

Her sister is a boxing champion:  The WWE Superstar hopeful is not the only sportsperson in the Bseiso family. Her younger sister, Arifa, is a Jordanian boxing champion and the captain of the women’s national boxing team. Plus, Arifa is one of the five Middle Eastern female athletes in an empowering campaign by Nike.