Lara Scandar Wears the Most Disney-Esque of Wedding Dresses

We expect nothing less when the region’s pop princess and top designer collaborate. 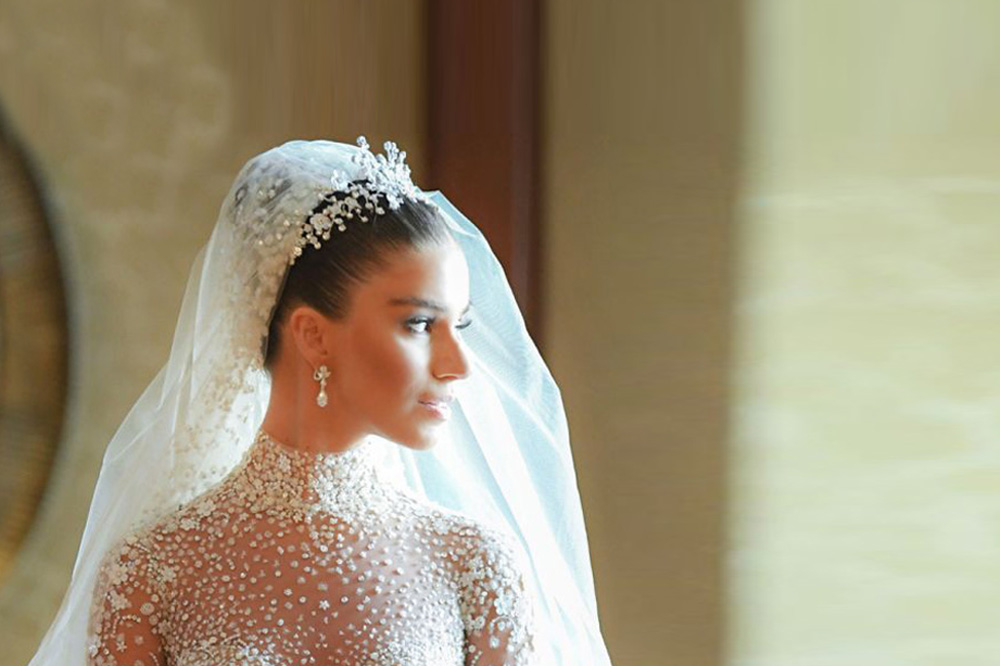 Singing sensation Lara Scandar recently tied the knot to Egyptian beau Philippe Katchouni at a fairytale wedding in Lebanon’s Chateau Musar. And the American-born celebrity beauty, who has an Egyptian-Italian father and Lebanese mother, looked as glamorous as you’d expect.

And the fairytale bride of tonight is our gorgeous star @laracscandar .... congratulations

The 26-year-old “Rock Around My Love” singer knew straight away she wanted Zuhair Murad to help her bring her dream wedding dress to fruition. Scandar, who was raised in Cairo, had previously worked with the Beirut-born designer so she felt he already knew which style suits her best. And as one would expect, the custom made gown looked stunning on her. Made mainly of lace, the bead and pearl-encrusted gown had a discrete floral motif and came with an embellished long veil, for a rich yet delicate touch. Although the dress featured long sleeves and a high neck, the sheer details added a hint of daring. Murad, who has also designed wedding dresses for Russian millionaire Lolita Osmanova and Spanish model Joana Sanz earlier this year, attended the wedding and described her as a “fairtytale bride” on Instagram.

What better way to start your weekend? @larascandar in a #zuhairmurad custom made wedding gown! #Congratulations princess, you took our breath away #HauteCouture #ZmBride

A post shared by Zuhair Murad Official (@zuhairmuradofficial) on Oct 7, 2017 at 1:13am PDT

Scandar first got noticed in 2009 after she made it to the semi-finals of “Star Academy,” a Pan-Arab performing competition. The following year she started releasing songs in Arabic and English. A music lover since she was young, Scandar has over 2.4 million fans on Facebook.

"There is a veil over my eyes to keep me away from looking at a sea of people. But in truth, it does not matter. Veil or none; I only see you." @laracscandar #veil #love #bride #weddingdress #customized #zuhairmuradbride #zuhairmuradprincess