Tzarina By Ollia: Exploring The Fun Side To Fur & Faux Fur

Haifa Wehbe, Jennifer Lopez and Kendall Jenner, as well as other fearless celebrities who like to stand out in the crowd, have been spotted in Tzarina by Ollia designs. 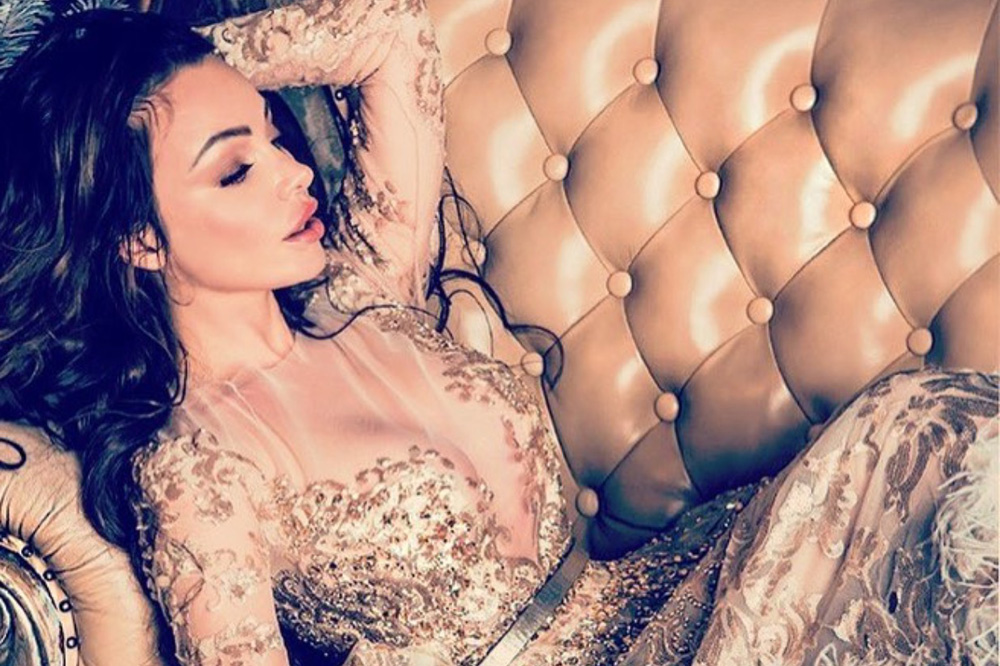 It’s quite a feat to have a client list that includes the Kardashian-Jenners, Rita Ora and Jennifer Lopez, to name a few, just a year after starting out in your bedroom. In fact, Ollia Tzarina’s success story is stroked with enough magic to sprinkle some hope on aspiring designers and entrepreneurs. After unsuccessfully trying to find a fur coat in a certain colour, the Greek-Russian Tzarina found a niche and started a home project that soon grew into a name that every A-lister and It-girl has heard of at least once.

Known as the “Fur Queen of Fashion,” Tzarina is the sole founder of Tzarina By Ollia. Her unique selling point is offering high-end fur coats, jackets and vests in around 50 extraordinary colours, such as pastel blue, violet and pink. Plus, they are totally lined in Italian silk. Tzarina By Ollia, which was launched in 2015, is also known for its exceptionally realistic faux furs that feel as soft as chinchilla thanks to the one-of-a-kind technology used. 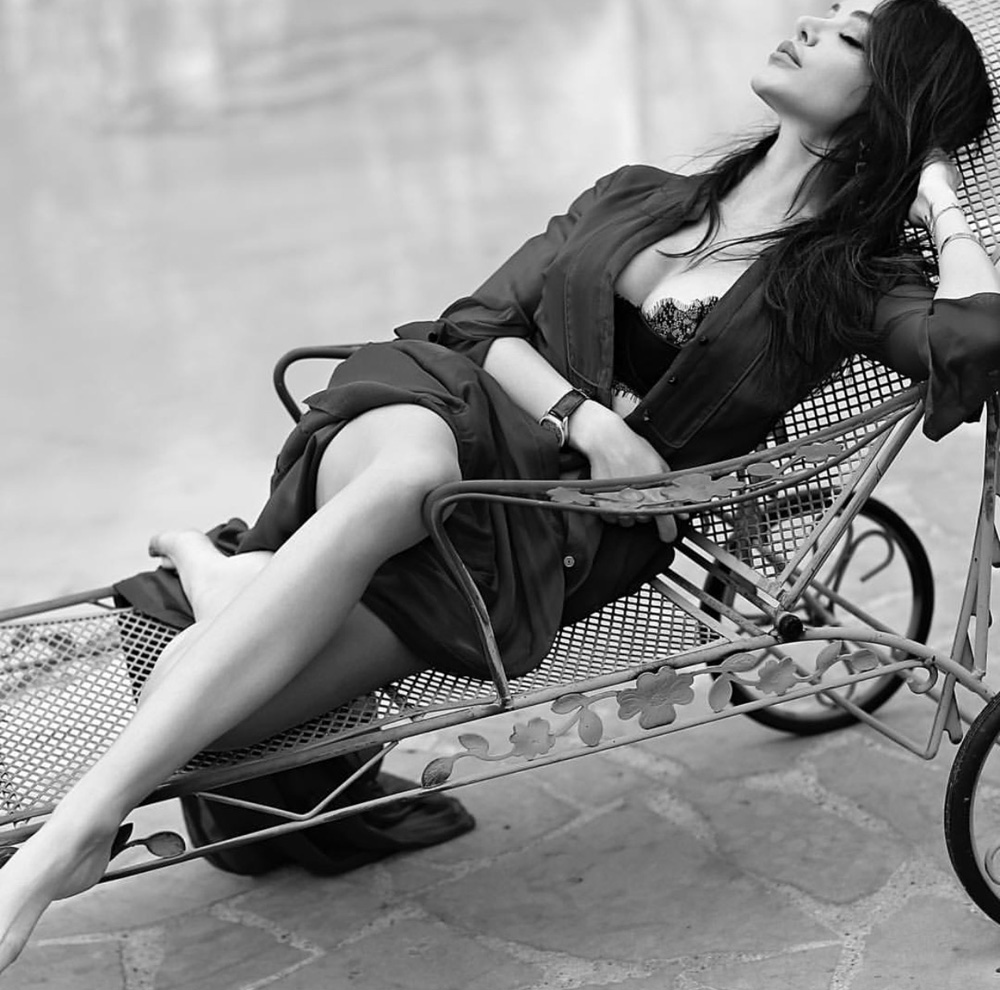 With offices in Milan, LA and Dubai, Tzarina knows that women in the Middle East are “more than ready to get out of their comfort zones and are more willing to try and explore their fashion styles.” We talk to the designer about expanding in the region, the style habits here and her latest creations. 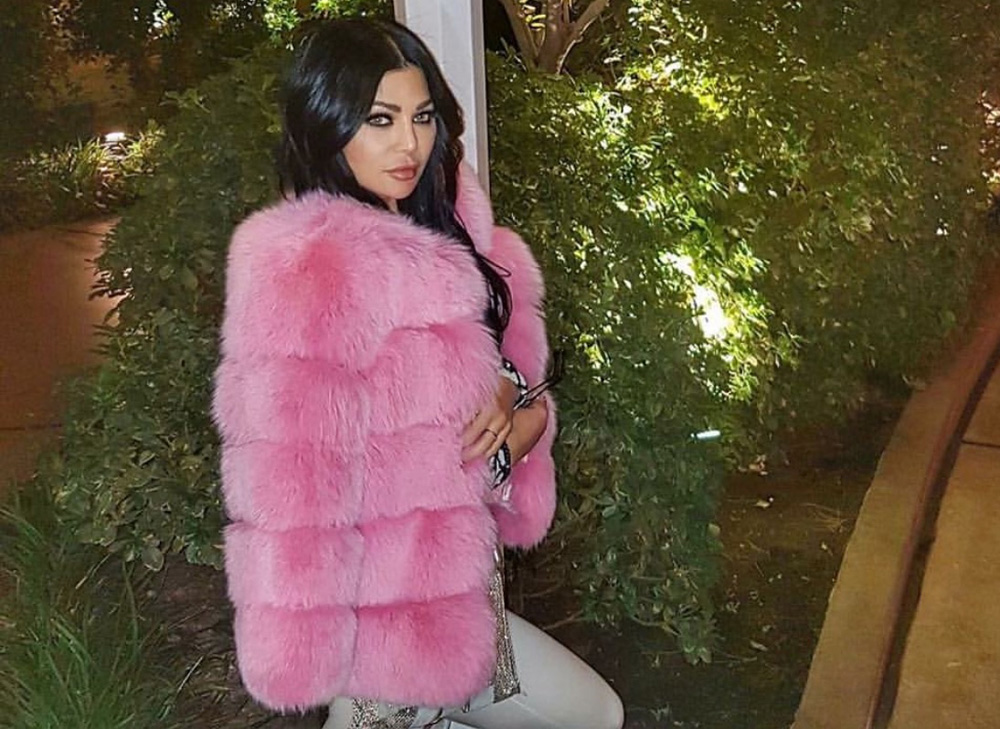 You offer up to 50 different colours. Do you think the unusual hues like pink, lime green and violet have helped make Tzarina by Ollia so popular?
Offering so many unusual shades was the main idea behind the brand. For example, I couldn't find a blue fur for myself, and I really, really wanted one! So I made it and loved it. Then I thought if I couldn’t find what I wanted there must be a gap in the market, and I was right. Offering so many fun colours helped to draw attention to the brand because nobody had seen something like that before.

Tell us about some of your latest creations.
My latest one, a favourite one actually, was a lime fur coat. It was made for an A-list pop princess, but then other girls loved it so much I had to make a few more! 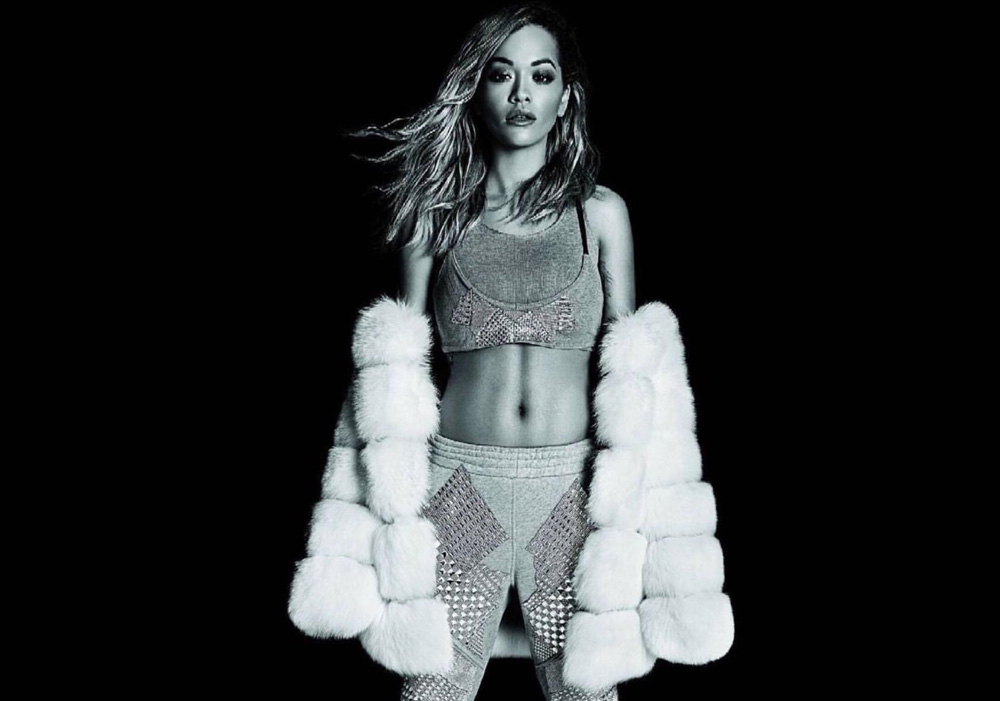 Do you get any backlash from animal rights activists?
Yes, I do, but I understand this is a flip side of fashion, any high-end brand deals with the same. Fendi, Tom Ford and Gucci all use fur because there is a massive market for it. It has always been like this and always will be. But I don’t understand when someone, normally a guy, emails my office and, for example, tells us to crash on a plane because we use fur. Then I go on his Instagram to see who he is because I am curious like that, and I see him using leather luggage and eating steaks. That bothers me. . . 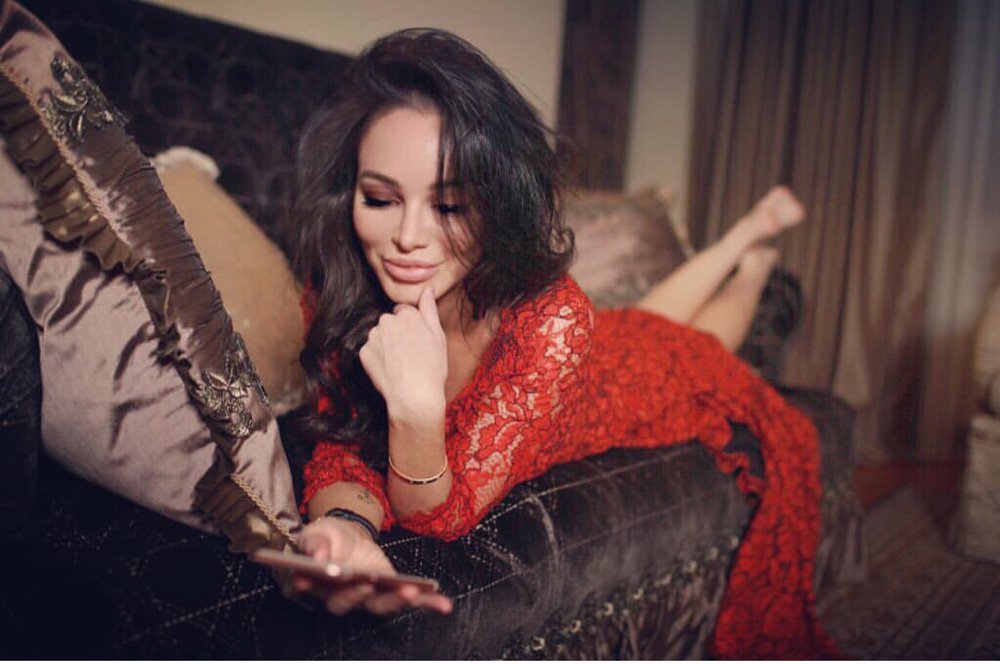 You also concentrate a lot on faux fur. Can you let us in on the technology you use?
The technology is really one-of-a-kind. I found it out by accident. I was at a trade show, looking for a manufacturer at the time, and I saw this jacket that felt so soft, like chinchilla fur. They told me it was faux, it was an incredible find! It felt so, so real, I am still shocked.

What would women in the Middle East love most about your coats and jackets?
That would be colours, colours and colours. Most of my clients come from Dubai and Qatar, affluent places. They already have the normal black, white or grey, and they want to experiment. They literally get three or four jackets in rainbow colours. 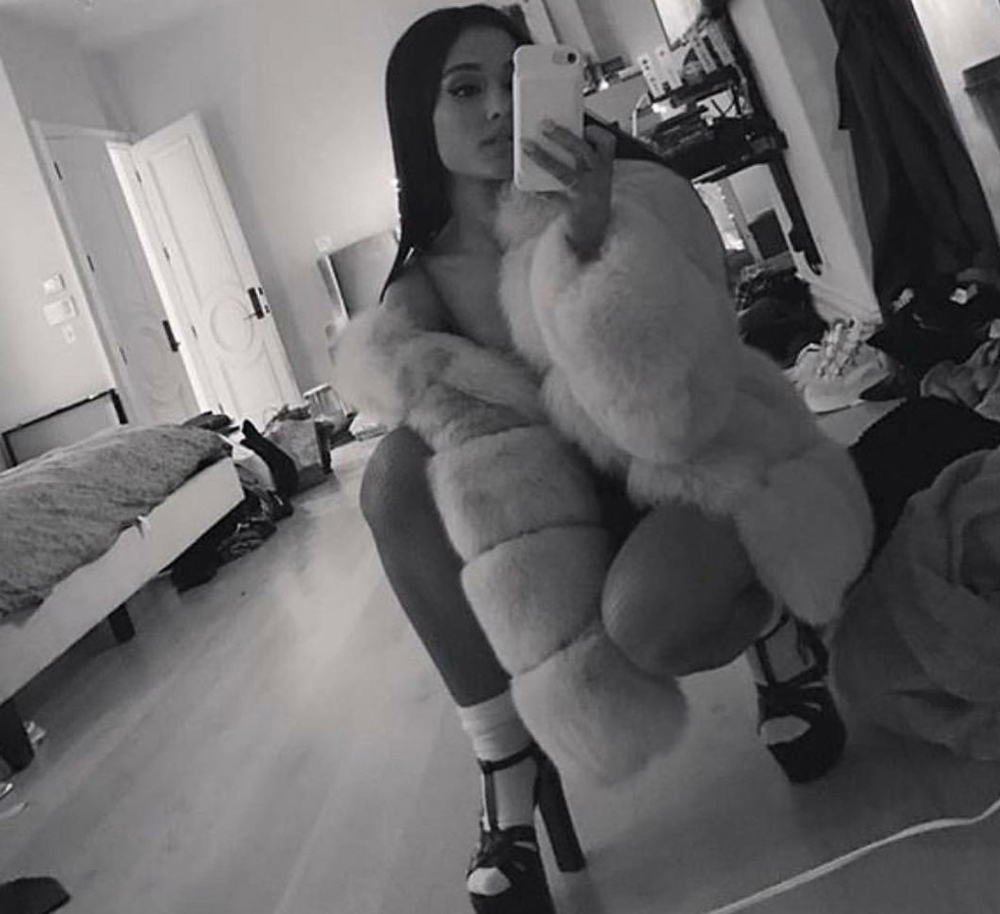 Where can we find them in the region?
They are all sold online and there is a reason for that. Every jacket is tailored, so there are never issues with a fit or size. But we have a distribution chain in the area, so it’s in the nearest future.

What do you love about Middle Eastern women’s style?
Opulence, creativity, the style is so different than anywhere else. They are classy, but they are not afraid to play around with textures, shapes and colours. 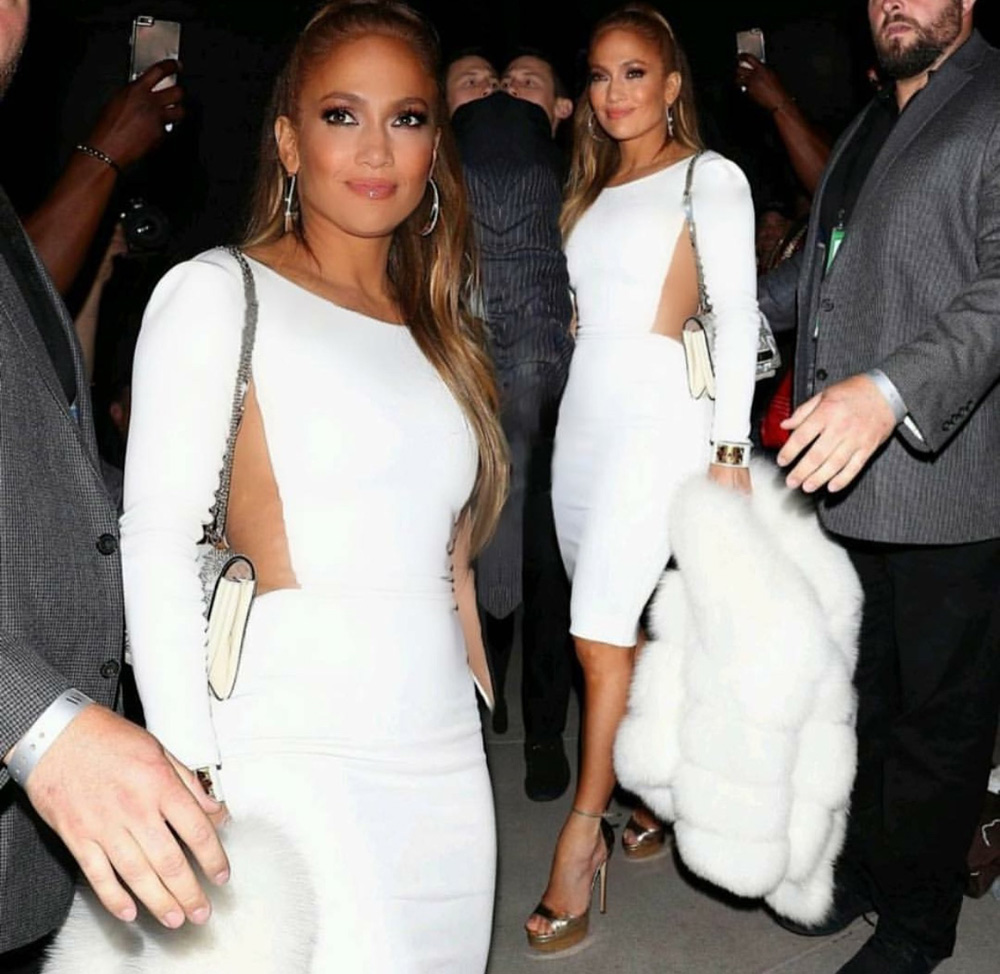 Did you always have a thing for fashion?
Always, I was going to go into acting, but I always felt I’d find myself in fashion really. I did internships in “Vogue” in London and other high-end magazines. I went to a fashion school and my mum used to edit magazines. It was written in the stars, I guess. (Laughs) 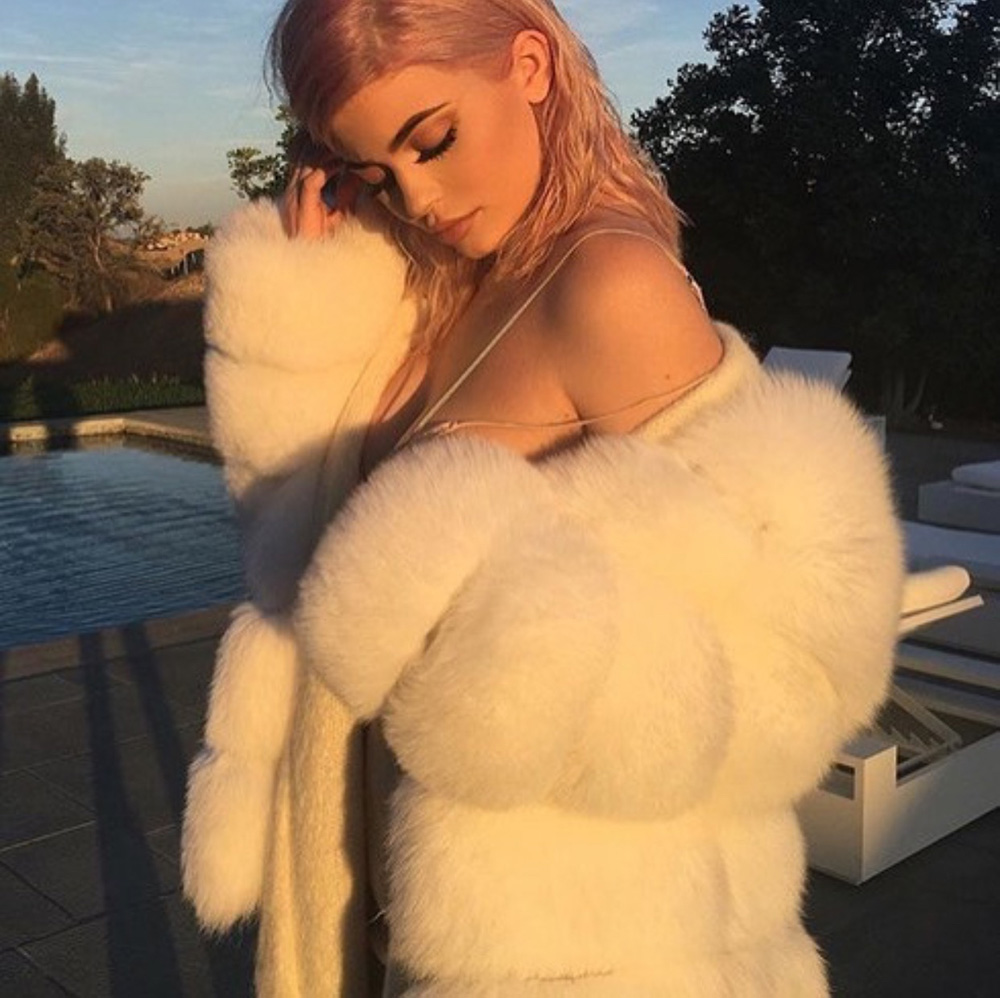 You are Greek and Russian, but studied in England. How has all this influenced your taste?
I grew up in Greece and Miami actually. We would go to Greece seven to eight times a year, and then I went to school in London. Style-wise, London makes you more relaxed and casual, but you always know that you can mix high fashion and something very cheap and it will be accepted and look cool. I like London, especially now, it’s changed a lot in the past years. For example my top spot for shopping would always be Dubai, now it’s London too.