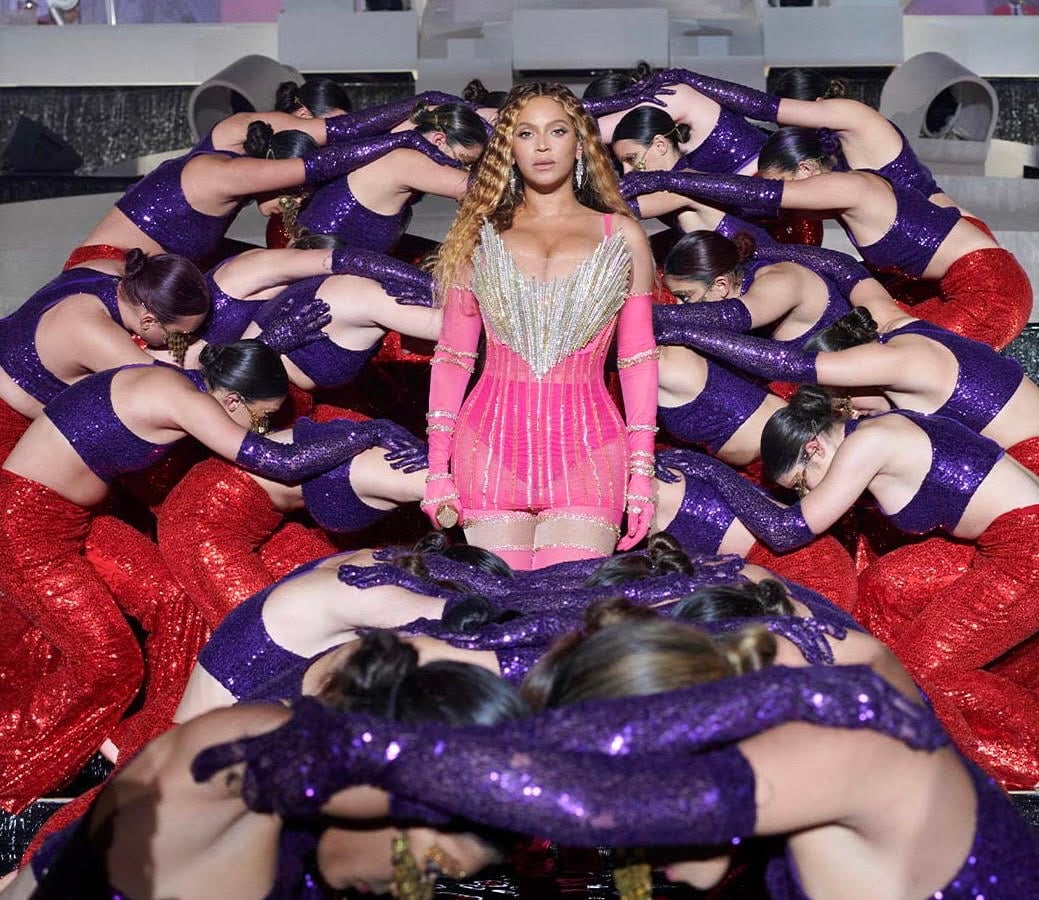 Marking her first performance on the main stage in four years, US singer Beyoncé performed on Saturday night during a private event to celebrate the opening of Atlantis The Royal in Dubai.

Beyoncé, 41, played classics including "Crazy in Love," "Beautiful Liar," and "Naughty Girl," as well as more current songs like "Freedom," "Spirit," and "Be Alive," moving through a decade's worth of memorable hits. The superstar also sampled well-known Middle Eastern songs, like "Batwanes Beek" by Algerian diva Warda and a song by Lebanese legend Fayrouz. 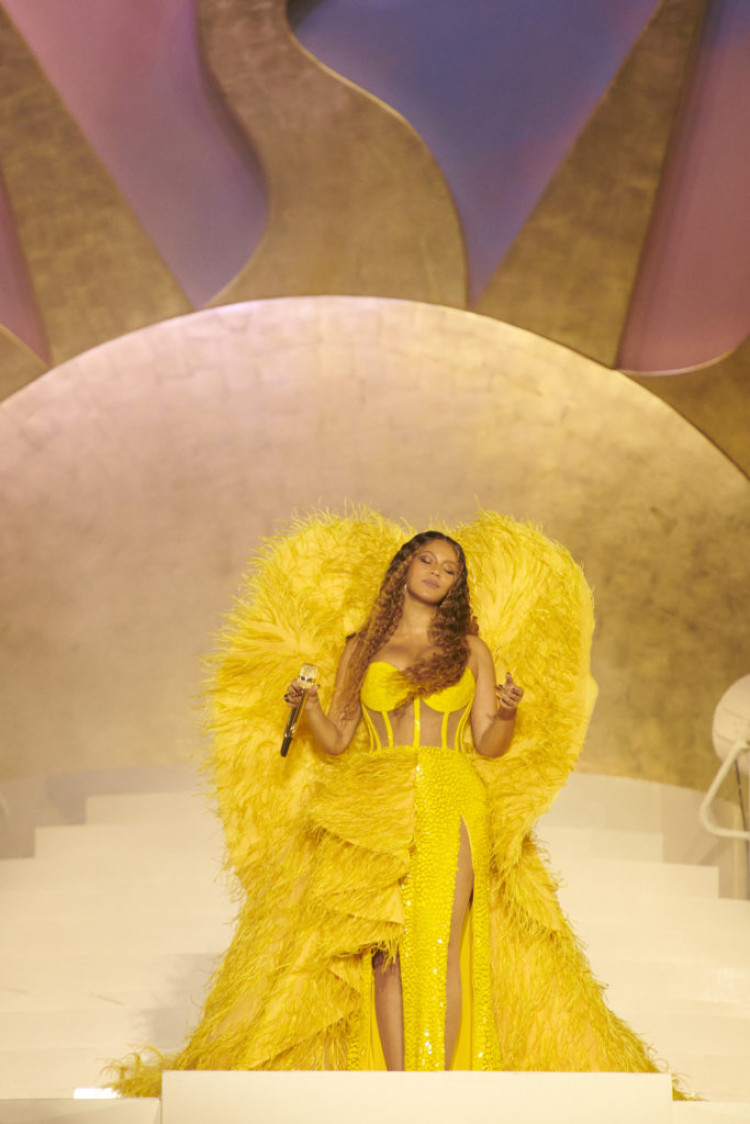 Beyoncé continued to pay tribute to the area by performing with the Mayyas, the brilliant Lebanese women dance group who won Season 17 of America's Got Talent last year. They joined Queen Bey on stage to light up the event in a manner that only they can.

During the performance, Beyoncé daughter Blue Ivy Carter, 11, who she has with husband JAY-Z, joined her onstage to sing their duet of "Brown Skin Girl."

No Beyoncé performance is truly complete without iconic ensembles. The Grammy winner appeared in a number of outstanding outfits created by local designers as a tribute to Arab creatives. She opened the show performing a cover of Etta James' "At Last" wearing a custom made yellow corseted dress by Atelier Zuhra topped with a feathery skirt and matching back-piece. To add luster and drama, 30 sheets of acrylic cut into tiny fragments were also used. 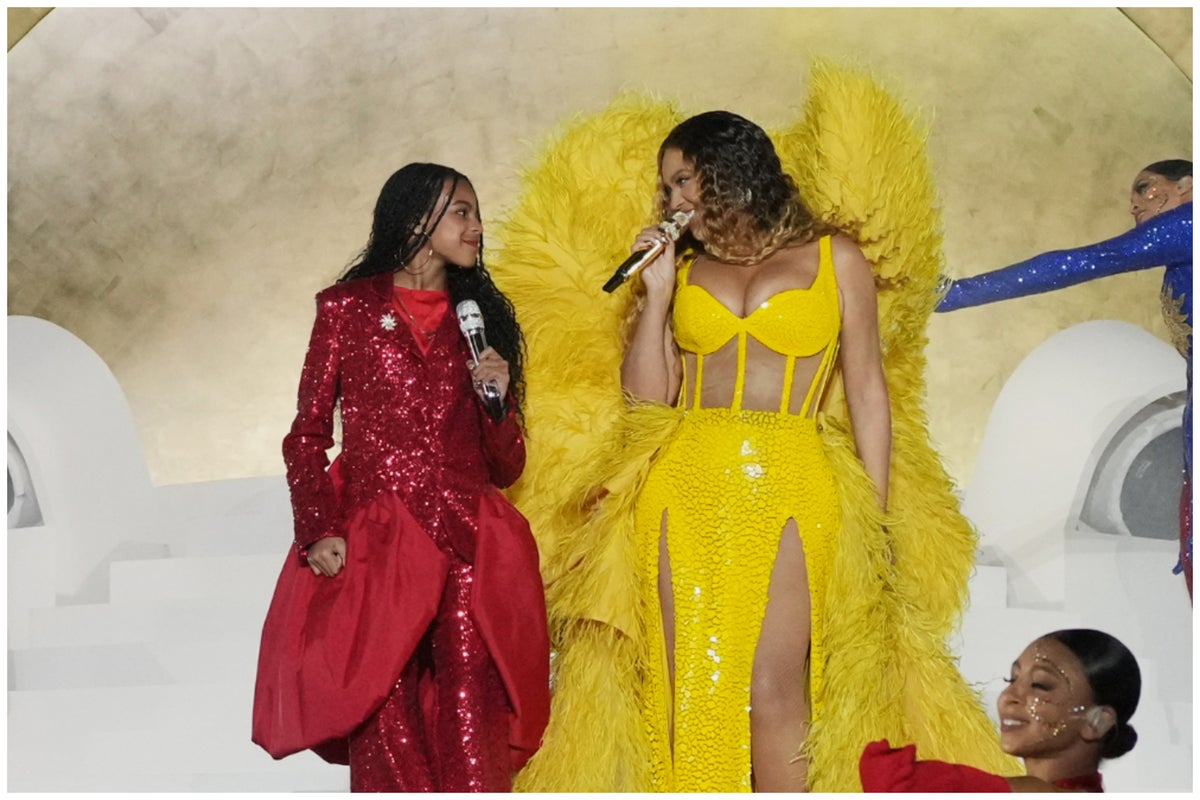 The mother of three then changed into another handmade creation, a skin-tight bodysuit by Nicolas Jebran that was adorned with gold gems over her torso and chest. She completed the ensemble with an elaborate headdress and a matching, billowing skirt.

Beyoncé finished the performance wearing a sheer figure hugging, crystal-adorned pink mini-dress with a gold and silver breast piece. The diva wore long, pink gloves that matched her outfit and were also adorned with gems.

A rigorous no-phones rule was also enforced for all guests. The event was off-limits to photography and recording, but the after-party, where Swedish House Mafia played and attendees continued to sip on gratis Moet champagne, was open to both. 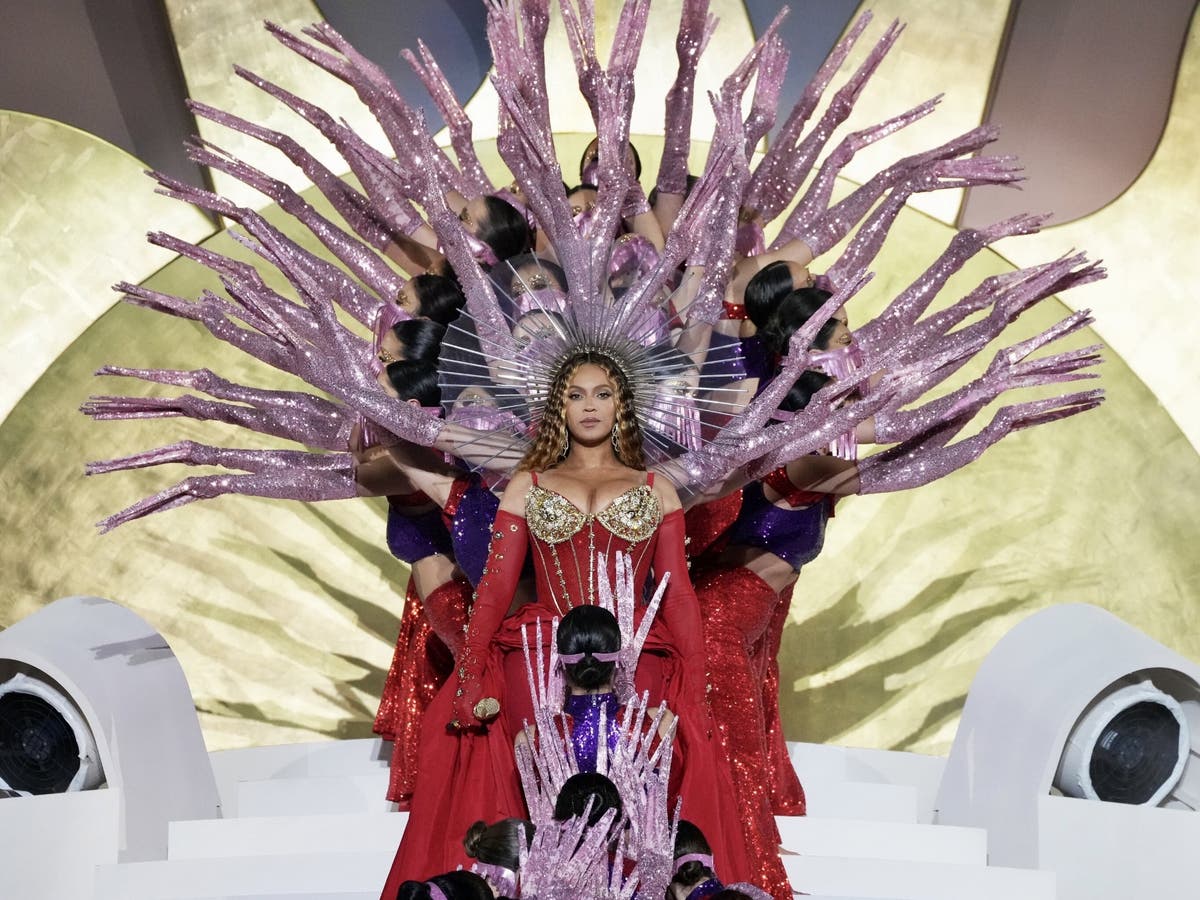 Beyoncé appeared on the red carpet at Atlantis The Royal Resort before her performance in a gold sequin dress with dramatic slits. The resort, which will launch this year, captioned a picture on Instagram with "The Royal welcomes The Queen. @beyonce."

Beyonce's engagement was a part of the "Grand Reveal" weekend celebration for the upcoming opening of the Atlantis The Royal in Dubai at the Atlantis Resort. Additionally, dinners were made by chefs of international fame, such as Jose Andres, Nobu Matsuhisa, Jose Andres, and Mich Turner.