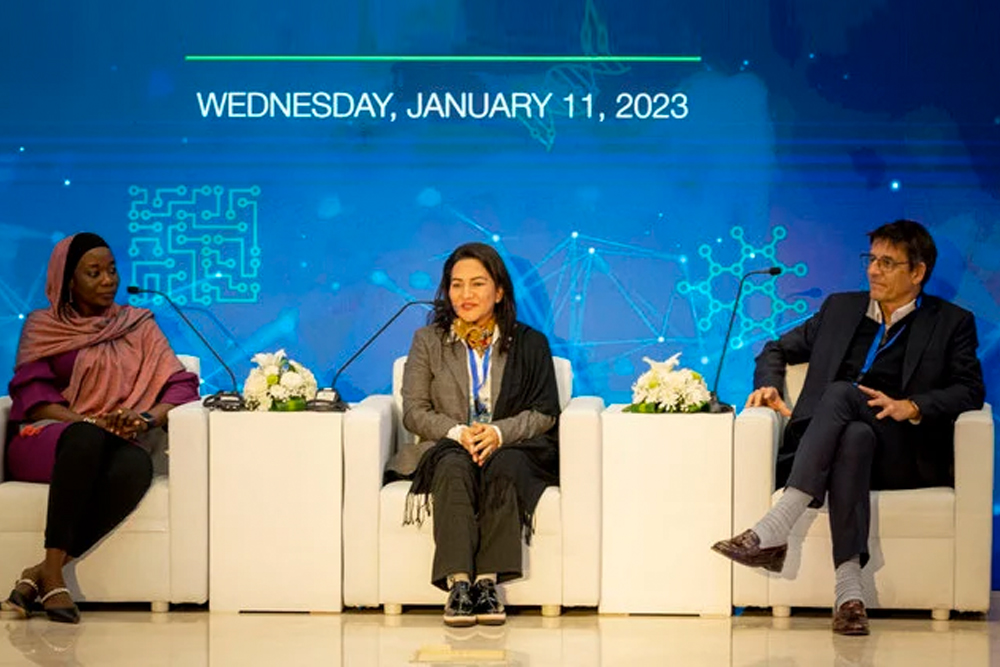 As part of Mawhiba's "Eyes on the Future" campaign, prominent scientists from across the world joined future Saudi scientists last week and shared details with them of their journeys and experiences in the disciplines of science, technology, engineering, and mathematics.

The specialists included Nigerian earth scientist at the NASA Goddard Space Flight Center Fadji Zaouna Maina, a structural biologist from Colombia named Edna Matta-Camacho, and Swiss astronomer and Nobel Prize winner Didier Queloz. Together with Adah Almutairi, a Saudi-American professor at the University of California who was unable to attend, they made up the jury that will choose the winners of the first-ever UNESCO Al-Fozan International Prize for the Promotion of Young Scientists.

Saudi officials claim they are spending billions in technology as a critical component in the transformation of the nation under the Kingdom's Vision 2030 program for development and diversification as the STEM areas continue to advance in an ever-changing global environment.

Leading and up-and-coming Saudi scientists, including Moath Abu Aisha, a researcher and expert in the use of 3D printing in healthcare, Abdulrahman Alfozan, a former senior systems engineer at Facebook and founding engineer of delivery service Nash, and Fatimah Al-Ali, a petroleum engineer at Saudi Aramco with experience in data analytics, reservoir engineering, and operations management, moderated the event. 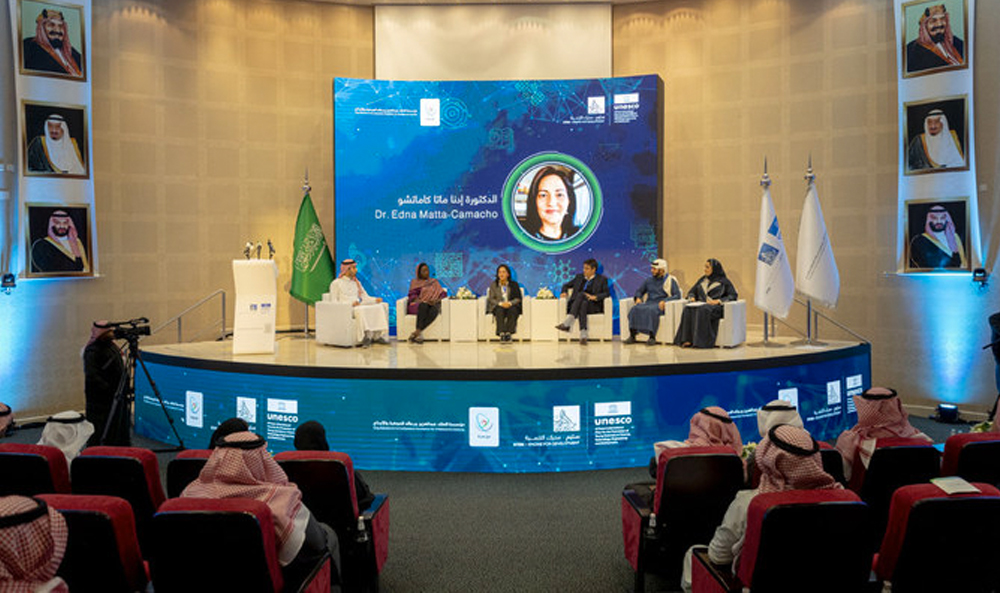 The day's presentations featured expert guests and industry leaders who spoke about typical difficulties they encounter, solutions for them, how to keep a balanced approach, and their predictions for the future.

One conversation was on racial and ethnic inequities and disadvantages in STEM fields, as well as potential issues brought on by language barriers as the profession grows more international.

Matta-Camacho and Maina discussed some of the challenges they have encountered when navigating fields that have historically been controlled by white men in science as women of color.

Matta-Camacho, is a Colombian who relocated to Canada in search of better prospects. She is the co-founder of Immigrant and International Women in Science, an organization devoted to creating a community of women working in science fields in Canada where they can share their experiences and support one another through obstacles such as language barriers, navigating the system, finding job opportunities, and more.

According to Queloz, a scientist's work never ceases. He claimed that despite receiving his Nobel Prize in Physics in 2019, he didn't feel very accomplished and instead was driven by an intense desire to learn more.

Mawhiba is a non-profit endowment organization with the official name King Abdulaziz and his Companions Foundation for Giftedness and Creativity. Its mission is to find and support exceptional and gifted students in the Kingdom who are majoring in science.